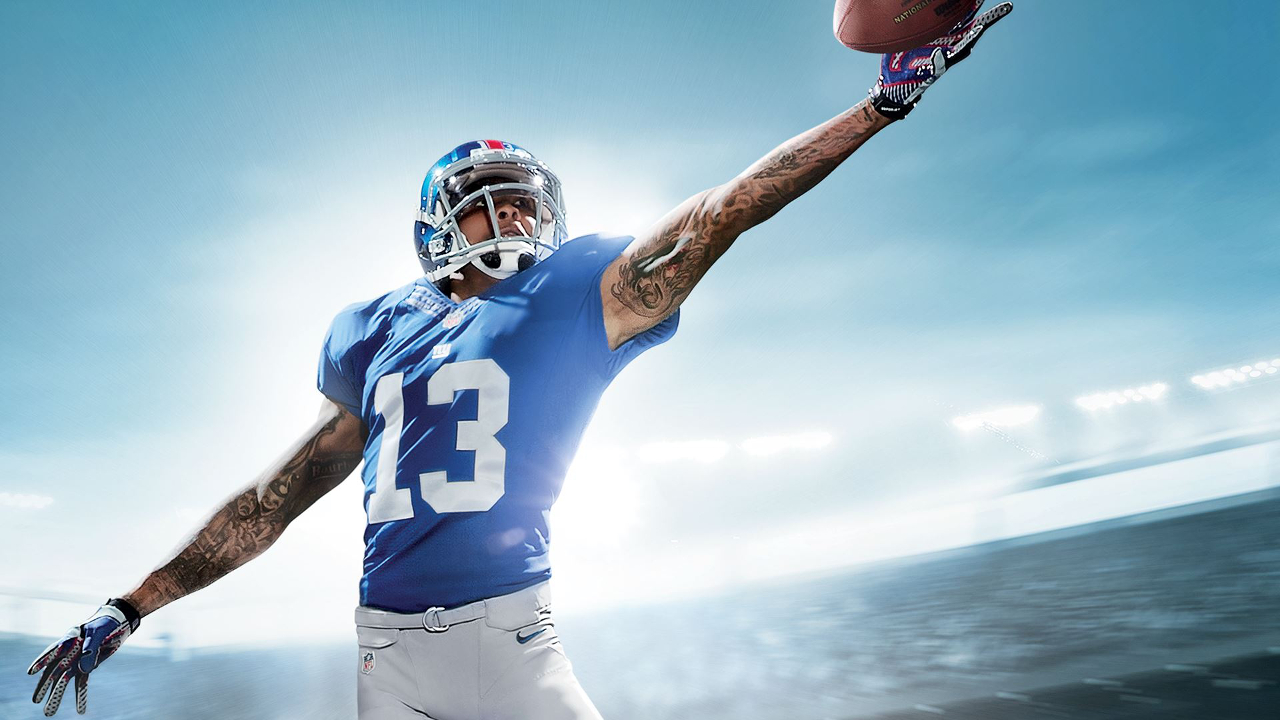 Editor’s Note: It’s December! That means that our Hit The Pass contributors get to individually annoint their personal Sports Game of the Year, based upon whatever criteria they choose. This is the third in a month-long series that we think you’ll enjoy. Up now, native Canadian and Hit The Pass CFL expert Adam Burnett.

When I started reflecting on what I considered the best Sports Games of 2015, my mind immediately jumped back to 2014. The Golf Club remains in my regular rotation with solid additions to the game including Seasons Mode. Super Mega Baseball was the first baseball game I picked up since MLB 2001 (which still to this day has the best video game play by play voice in Vin Scully). But what about the games that came out this year?

For myself, this came down to two options: NHL 16 and Madden NFL 16.

NHL is a great return for the series after a lackluster performance to start the generation. The gameplay feels better, and EASHL (my most-played mode) is back. Thanks to some key changes to the way players are used, the competitive advantage someone got for having already played 700 games vs my 70 is now gone. It’s refreshing – but the lack of online leagues and the repetitiveness of Be a Pro has gotten to me. I wanted something new, and all I got was more of the same. While this is okay (as MLB The Show has proven for years), it’s now the smaller details that are beginning to show their age.

Does Madden have flaws? Yes. But it’s gotten too much right for it to be ignored. The steady gameplay enhancements that have been made since the start of the new console generation are beginning to shine through now.  Madden is listening to the community more and more, and that’s gone a long way towards eliminating many of the problems from previous years. These are most readily seen in the improved WR/DB interactions and continual improvement of offensive and defensive line play.

Connected Franchise got another facelift this year. While there are some changes still bugging me (Why is Confidence still a thing? Why section off the news feed?), the changes that were made and a return of practice have worked well. Further, the continued support and addition of XP sliders is a cool new addition – other than the fact if you want to choose them there is no retroactive feature and you must restart your league. We learned that the hard way. 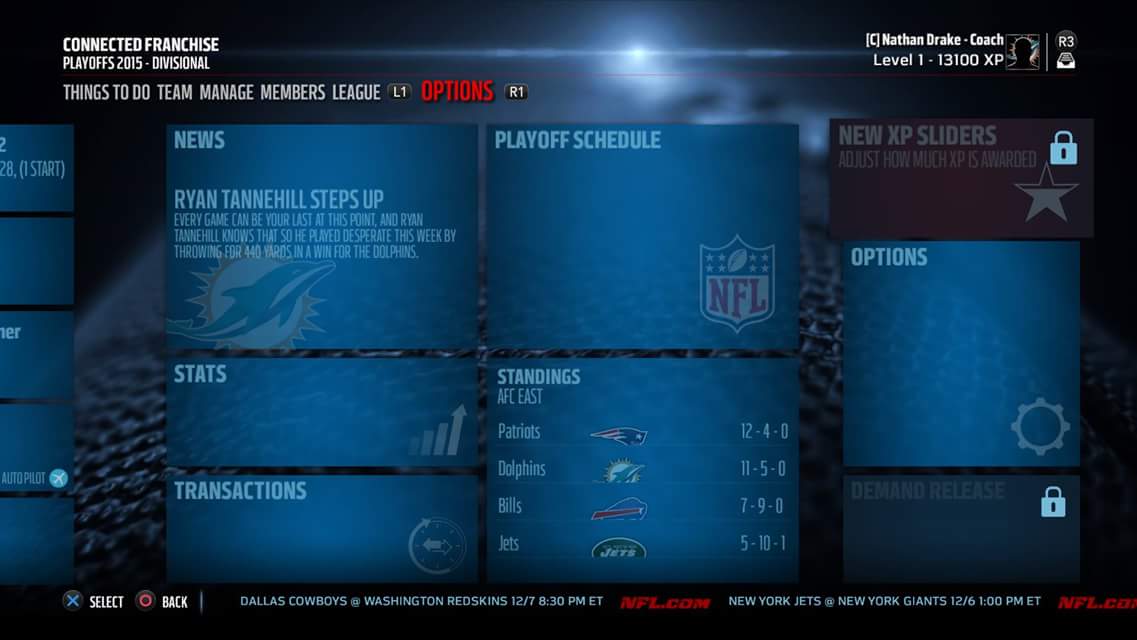 The fantastic Press Row Madden league is 3 years and 11 seasons deep, and we keep finding new, fun things to do. I may not win the Super Bowl (I am currently in it, though!), but I always look forward to every off-season rebuild and the following campaign. Plus, it’s always fun ruining someone’s perfect season or playoff chances (I’m looking at you, Eagles, Ravens and Patriots).

Draft Champions was a new and unique way to try and draw people into Ultimate Team and I continue to find myself playing the odd game.  The recently added Ranked online games and Play-A-Friend modes show a continued evolution, although I can’t help but wish some of the goals were a little clearer.

But the reason I’m really into Madden this year is my obsession with Ultimate Team. For this, I blame T.J. Lauerman.

His years of spewing his love for the mode got me to try it and it finally clicked. First, let me say this: I have not spent $1 buying any packs, or even played more than a handful of games online. 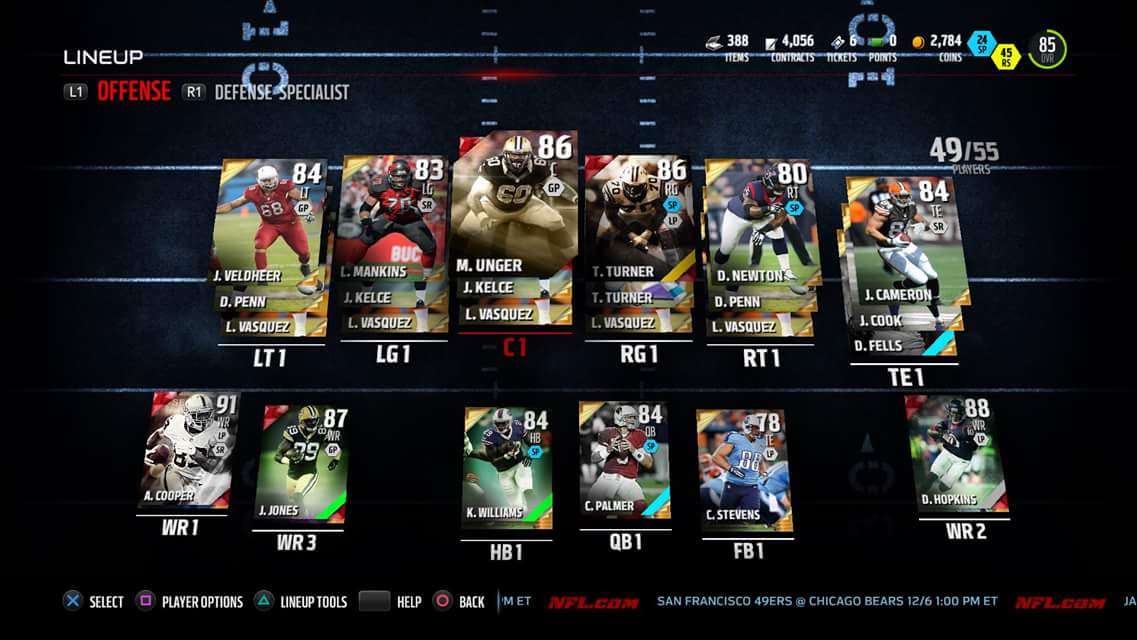 What MUT brings back is the thrill of ripping packs and finding out what you get. It’s primal and visceral, but I love it. But more importantly, MUT lets me do something I use to do in Madden all the time; play with historical players and relive great moments from this season, last season and years past. It’s quick in and out. But most of all, it’s just fun.

There’s nothing more exciting than adding that next piece to your lineup, and hoping it brings you victory.  Every card I get that helps me improve my team and makes me question how best to implement it.  MUT has also opened my eyes to recognize lesser-known players who deserve attention.

I understand too how MUT may still confuse people (Why are there 4 different cards of  a guy?), but it has its charm.  There’s no greater feeling than taking your underdog team and toppling a giant (whether that’s the CPU or against someone else).

Madden NFL 16 continues to give me hours of entertainment each week, and will stay highly ranked on my playlist throughout the new year.  With games hitting the $80 price range here in Canada, Madden is a purchase I do not regret.