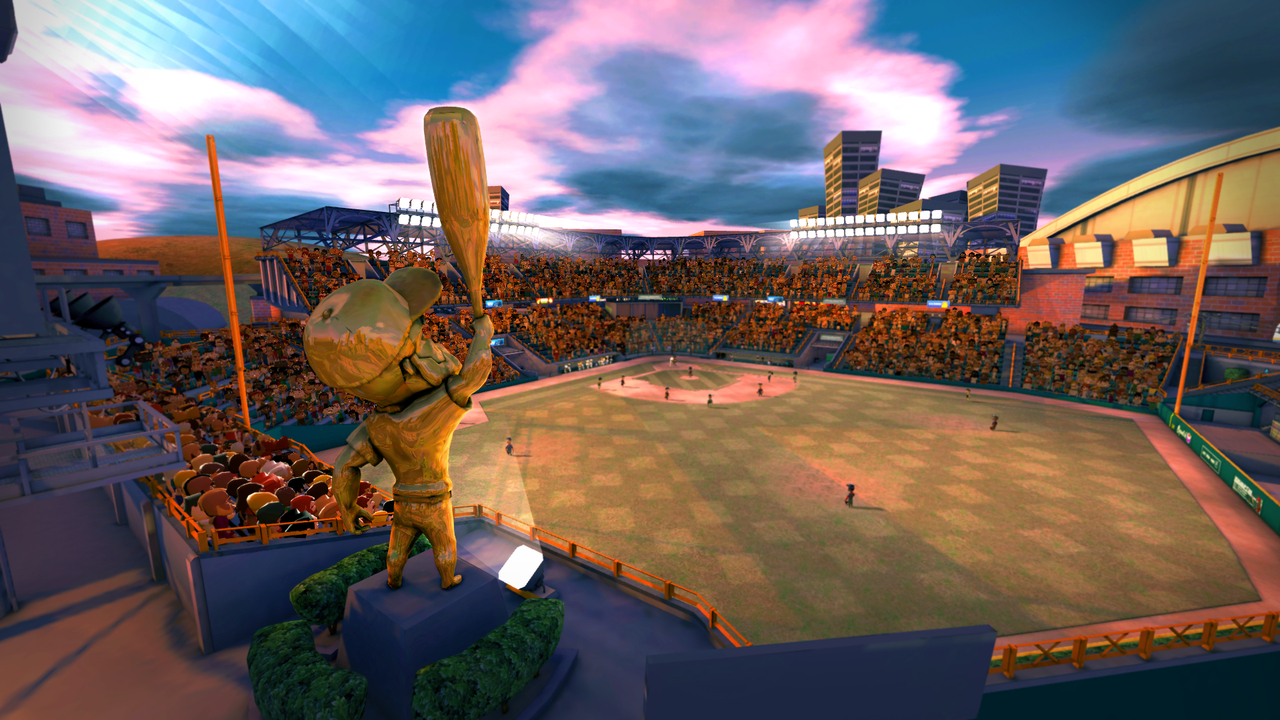 It’s hard to make a successful video game. It’s nearly impossible to make a successful independent, non-licensed sports video game. Somehow, some way, the upstart team at Metalhead Software overcame the odds; over the course of five long years, the tiny studio figured out how to make a legitimate console game from scratch, sell it to major platform holders, and eventually bring Super Mega Baseball to the world.

It’s a good thing they had no idea what they were getting into, because if they did, there’s a really good chance Super Mega Baseball never would have existed.

I first met Scott Drader at PAX East in 2013. In the days leading up to the Boston conference, I received an email asking if I wanted to drop by the Metalhead Software booth to check out something called Big Fly Baseball. As a sports game fan and the producer of the Press Row Podcast, I was immediately interested. Baseball games had virtually disappeared from the landscape, with 2K Sports’ MLB 2K13 being the final entry in that series, the only hardball title that remained was Sony’s first-party (and utterly outstanding, thank goodness) MLB The Show. Who would be daring enough to introduce a new baseball game now? What would it be? Could it possibly be any good?

By the time T.J. Lauerman and I found our way to Scott’s booth, several things were clear. First of all, Big Fly was ambitious; even in its pre-alpha state, it had very interesting art design, a great-looking crowd, and a clear direction. Colors were bright and bold, characters were wild, and – most of all – a spirit of fun was in the air. T.J. and I were walked through a demonstration, then given the chance to actually play. There were huge holes everywhere – bugs were apologetically pointed out by Scott while his partner Christian grimaced in the background. The controls were, to be kind, rough. Underneath it all, though, it was obvious that a fun concept and the potential for something bigger was there. We finished our game (I beat T.J. handily, it should be pointed out), and went to our Press Row Podcast panel.

Fast forward to June 2015, and Super Mega Baseball is mere days away from its release on the Xbox One (August 14) and Steam (August 21) – a milestone for any game maker. Six months earlier, it had launched on the PS3 and PS4 in the teeth of the holiday season. A baseball game coming out in December would seem to be destined to be forgotten, buried in the haze of AAA releases being purchased to sit under the Christmas tree. Even with zero marketing budget, though, it was immediately noticed by those of us whose job it is to pay attention to such thing. And it immediately galvanized fans. 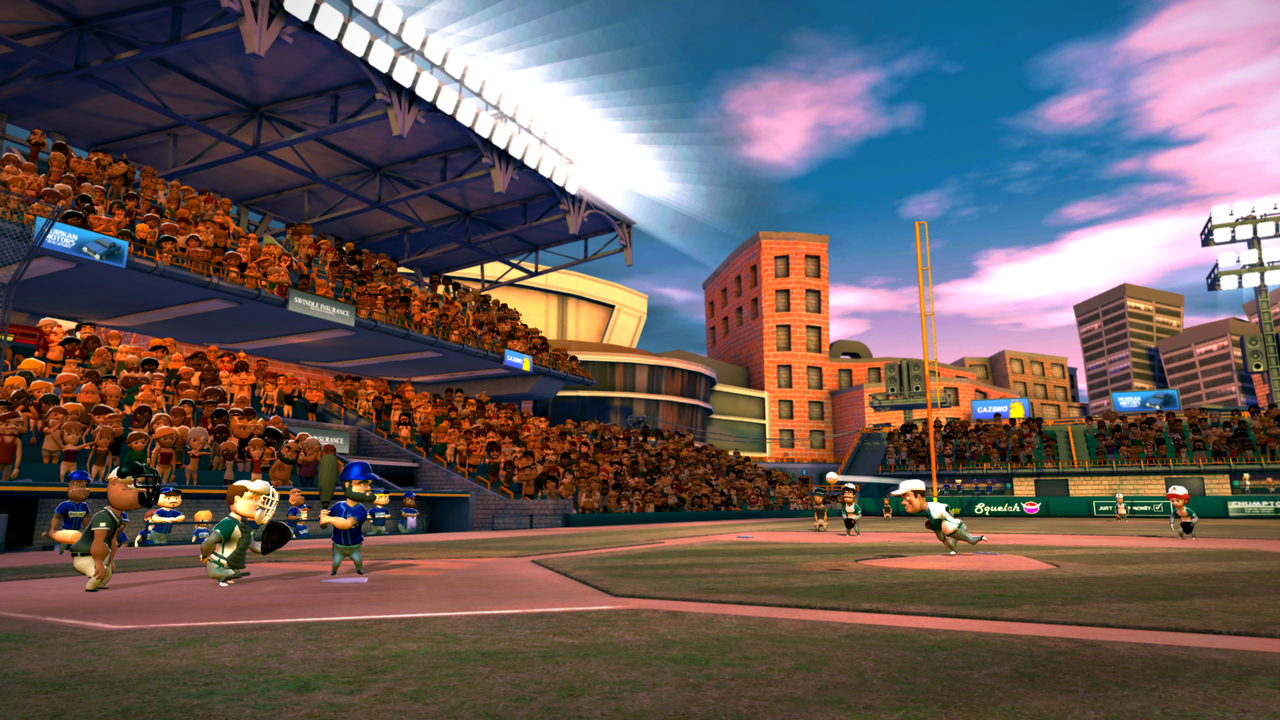 Super Mega Baseball was very well reviewed by major outlets, was voted Rookie of the Year on the Press Row Podcast, and even made a dent in the overall Sports Game of the Year voting. While you can argue aspects of that logic, SMB clearly struck a chord with fans longing for a simpler, quicker way to play a sports game.

When I chatted with Scott this June, the first question I asked was – I thought – a simple one: “Was Super Mega Baseball a success?”

Expecting a quick and absolute “yes”, instead I got a sigh.

“It’s gonna take some time for me to be able to answer that question for sure,” he eventually said. “We’ve only shipped on one platform so far and that was with basically zero marketing budget. Nobody had heard of us. We don’t know yet what the ceiling is on what we can do yet. There’s a lot coming up and we’ll have to see how it goes this year.”

Perhaps I didn’t ask the question properly, or qualify it well. After all, the term “Success” can mean different things – commercial, personal, critical, just to name a few. So I reframed it, asking him if it was a personally rewarding journey. It had to be, right?

“I can tell you this – it was an unbelievable experience to do this totally non-traditional development process,” he continued. “To get this thing out there after working on it for over four years – not that we were working on it the whole time during those years, but this was an idea that was more than four years in existence – to see it out there and to read all that positive feedback has been a totally unbelievable experience.”

Making an arcade baseball game, it turns out, was a perfectly logical concept for Scott. All it took was a terrible injury and a degree in computer science.

“I remember begging my parents for an NES when I was about 5,” he remembers. “Some of my friends had them as well, and we got into all kinds of games. Tecmo Super Bowl is the first game that pops into mind; that may have been my very favorite video game as a kid. NHL 94, Evander Holyfield’s Boxing on the Genesis – no one loved that as much as I did. But baseball – that was always my favorite. We would play the real sport in the day and when I was done, it was time to go back to somebody’s house and play the video game.”

“Still as a kid but later in life I played a ridiculous amount of baseball – my Dad was the coach for all of my teams – so baseball was my #1 thing as a kid and through my adolescence as well. I was going to go play baseball for the University of British Columbia in Vancouver – varsity – but I actually ended up blowing out my arm the summer before. I came to University with a sling on my arm, hoping for it to heal and get back into it, but we’ve heard these stories before – you blow out your arm early in life, in high school or in college – it’s tough to come back. You need that thing to hang in there a little deeper into your career.” 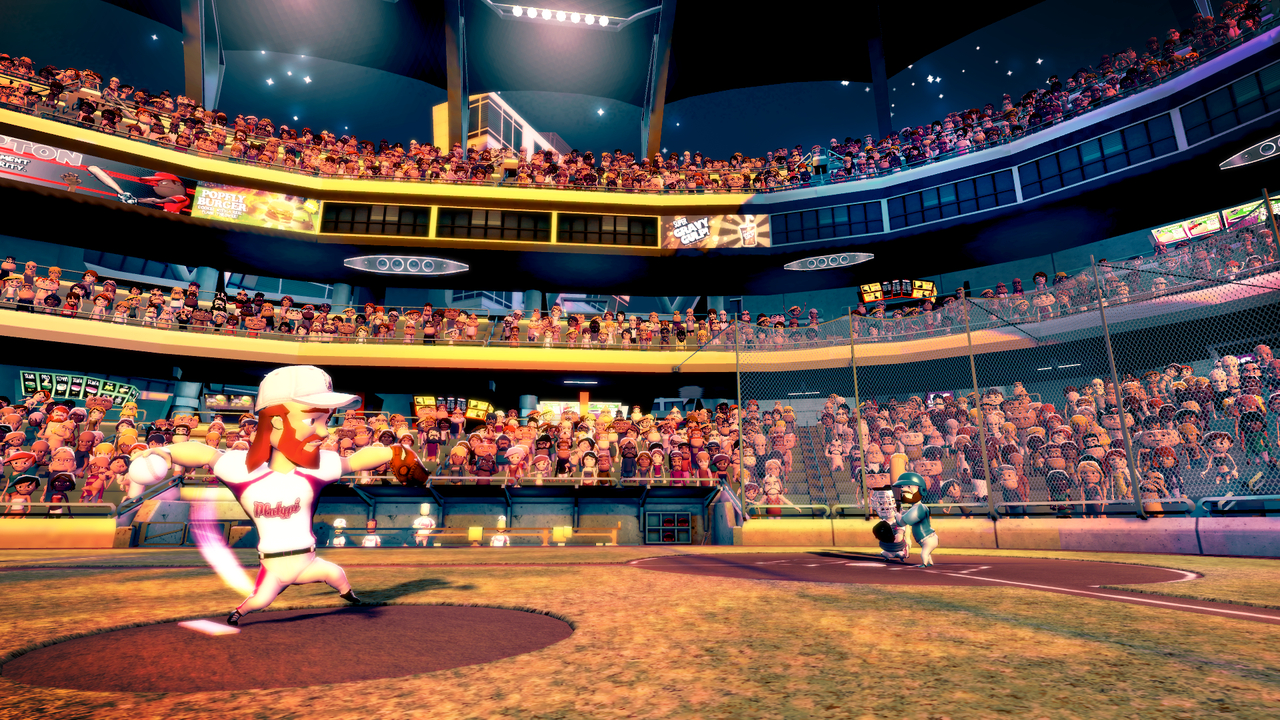 Things like that can certainly cause a swerve in your prospective career arc.

“I hadn’t used a Windows computer until about grade 12, but through classes in the mechanical engineering program I started in, I got into a little bit of computer programming. My baseball background was there, but I didn’t think to apply it until a bit further along. I figured it would be a fun way to use the technical skills to try and do to actually get into making video games.”

“After University, I actually did apply for a job in games right out of school at a studio called Threewave – they were like a multiplayer-focused studio that would take AAA games and build the multiplayer component; they’re not around anymore but they did some cool titles – but I didn’t get the job. I ended up doing a bunch of totally different stuff. My first job out of school wound up being in shipbuilding software.”

While working for the shipbuilding software company, Scott and friend Christian Zuger decided to strike out on their own. As fresh-out-of-school twentysomethings are perhaps prone to do, they weren’t even exactly sure what it would be – just that being entrepreneurial seemed more fun than working for someone else.

“We decided to form a company before we knew it would be a videogame company,” said Scott. “We went through a variety of ideas before we landed on the crazy idea of making a new arcade baseball game in the spirit of the older ones. It was so long ago it’s hard to remember what the conversations looked like at this point.”

Ultimately, once gaming was decided, Scott knew pretty quickly that baseball would be the first attempt. His background in the sport and technology seemed to make that fairly easy to do.

“Ironically, we thought that it would be pretty straightforward what the requirements of the game were,” Scott laughs. “This is based on a real thing, we don’t have to think of as many new concepts and new ideas for gameplay – we were totally wrong looking back – but at the time I felt like I understood very well – not just the sport but also the video games that had been released up to that point. I felt like I understood what we needed to do to make this thing. We said, OK, hey lets do that first, then we’ll do something else after that. Getting to that first milestone took…a little while.”

Coming up in Part 2 next week – Reality sinks in