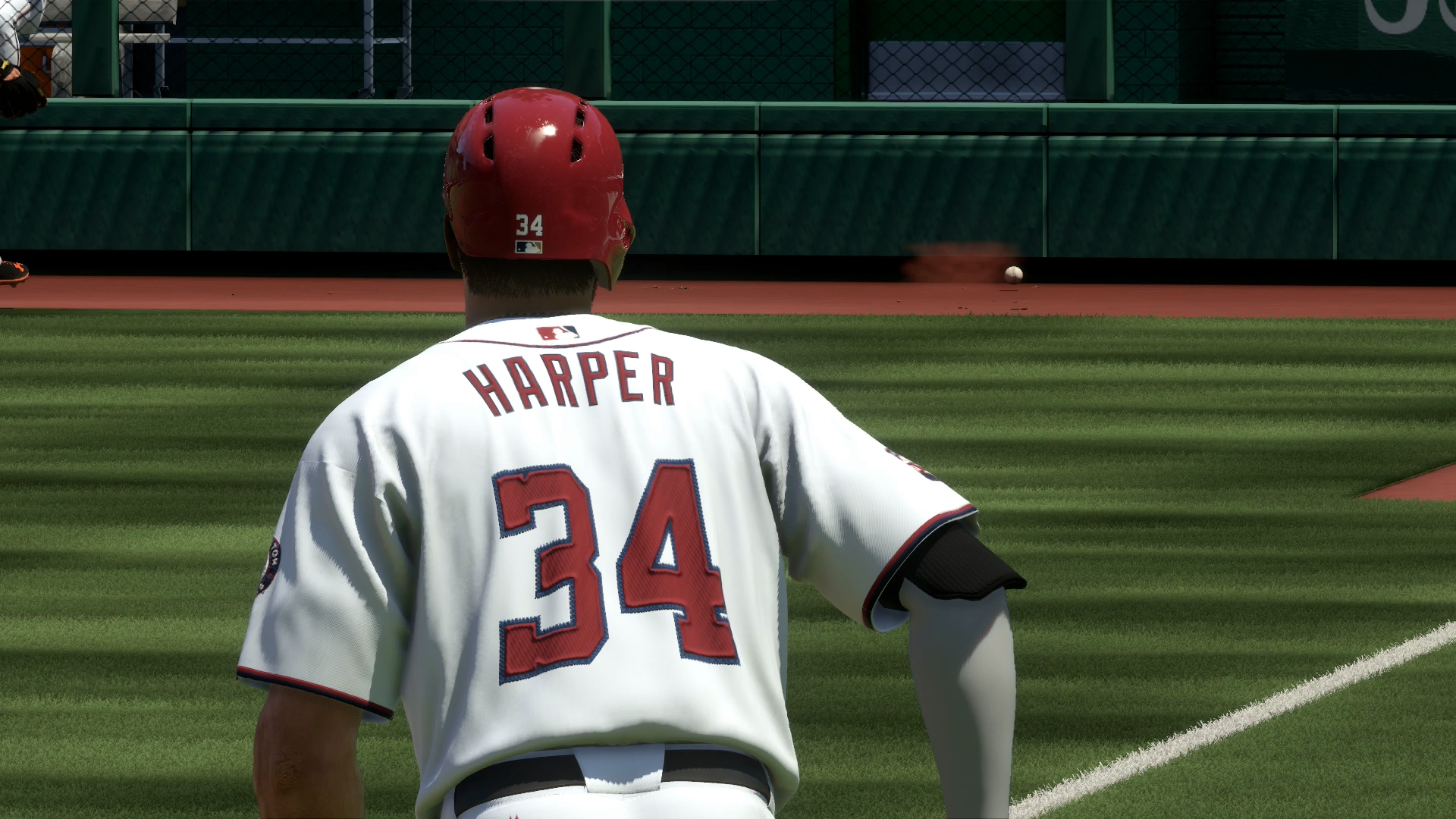 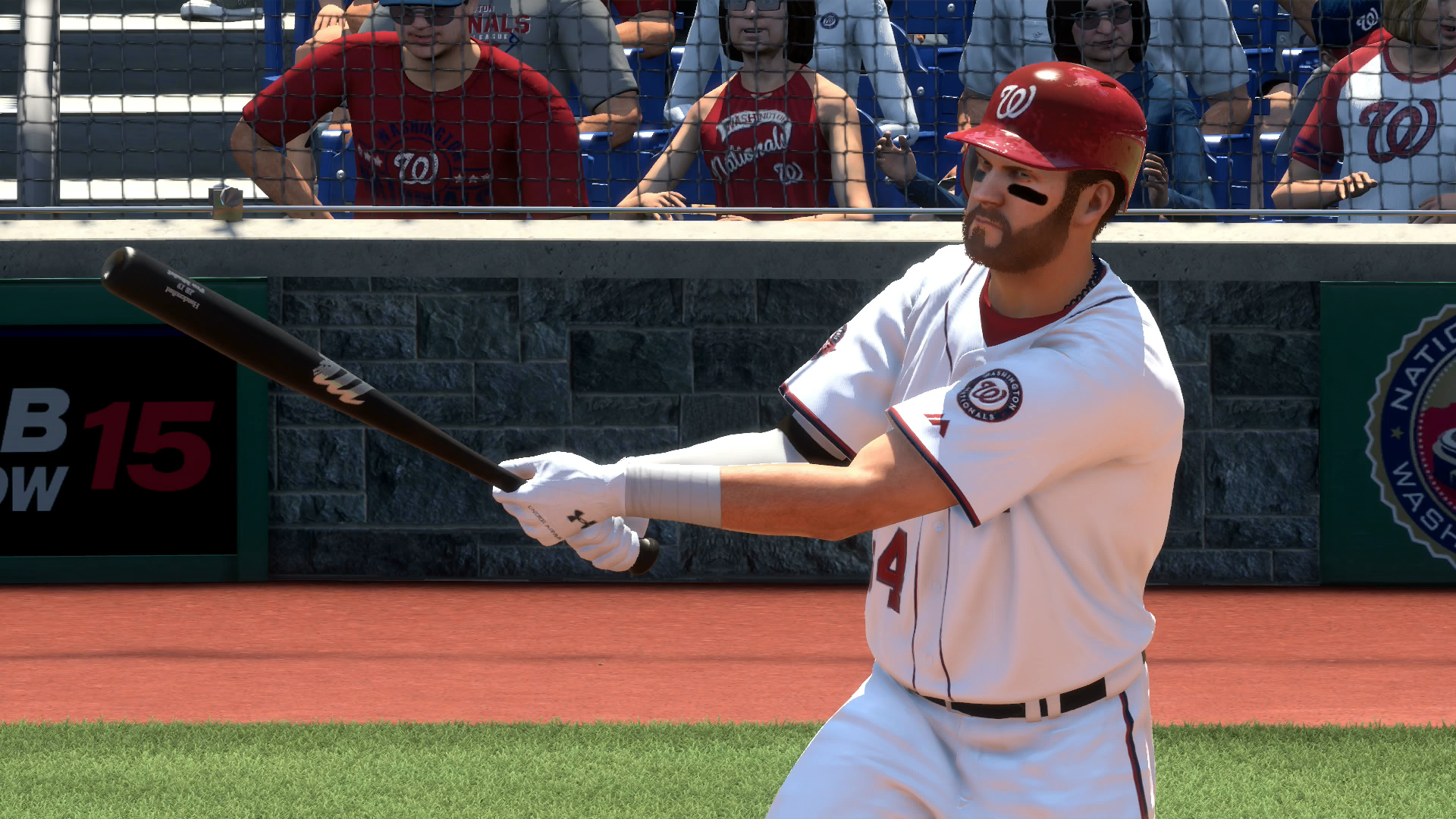 The most-heated argument in Major League Baseball these days is focused on who should be considered the best young player in the game. Is it Bryce Harper, Mike Trout, or Kris Bryant? MLB 15: The Show’s Diamond Dynasty mode – a card-collecting game-within-a-game – takes that discussion to the next level; each player’s ever-changing attributes directly impacts their ability to make you better.

The MLB 15 development team updates their major league rosters every week to reflect injuries, trades, and player attributes in an effort to make gameplay match what’s happening in real life (one of the joys of modern sports gaming). In case you hadn’t noticed, Bryce Harper’s offensive explosion in the first 50 games of this season has translated into massive skill increases for the young outfielder.

It wasn’t long ago – 2012 to be exact – when the 19-year-old Harper exploded into the Nationals’ lineup, winning National League Rookie of the Year and making a name for himself on the national stage. Mike Trout (the American League Rookie of the Year that same season) then stepped up to grab the mythical title of “Best Young Player” by finishing as the runner-up to the AL MVP in 2013 and actually winning it the following season. Times move quickly, however, and after a rip-roaring spring training to start 2015, the Cubs’ Kris Bryant swaggered into the conversation.

Now it’s the regular season, and Bryce Harper (who at 22 years and 7 months is actually younger than 23-year-olds Trout and Bryant), is taking back the title. At the start of the year, MLB 15 had Mike Trout rated 99 Overall, Bryce Harper at 82, and Kris Bryant (when he was officially added after making is MLB debut) as an 81.

Entering 2015 Harper was a career .272 hitter, translating into decent-but-not-otherworldly Contact ratings – 78 Con vs RHP and 53 Con vs LHP. His torrid .333 batting average coming out of the gate this year has forced the hand of the MLB ratings team to push him up to 81 and 59, respectively. Nifty, for sure, but not dramatic.

As for the power side of things, Harper will blow through his previous career high of 22 home runs by the middle of June (barring an injury caused by his propensity to run into outfield walls at a high rate of speed). As of this writing, he’s leading the NL in multiple hitting categories including Home Runs (18), Walks (45), and Slugging % (.718). Because of that, he’s received major upgrades to his power attributes, from 72 to 90 in Power vs RHP, and from 51 to 72 in Power vs LHP. Those are significant, game-changing values.

These increases have pushed Bryce’s overall rating from the aforementioned 82 to a 94, putting him in some pretty elite space. In fact, the only active position players other than Harper rated 94 or higher are:

If Harper can keep up this pace, he could potentially be looking at contending for a Triple Crown (much less being known as the best young player). 2015 is certainly looking to be a career year for Bryce Harper, and the possibility of a 99 rating in MLB 15: The Show is not out of his reach. He just needs to stay on the field.