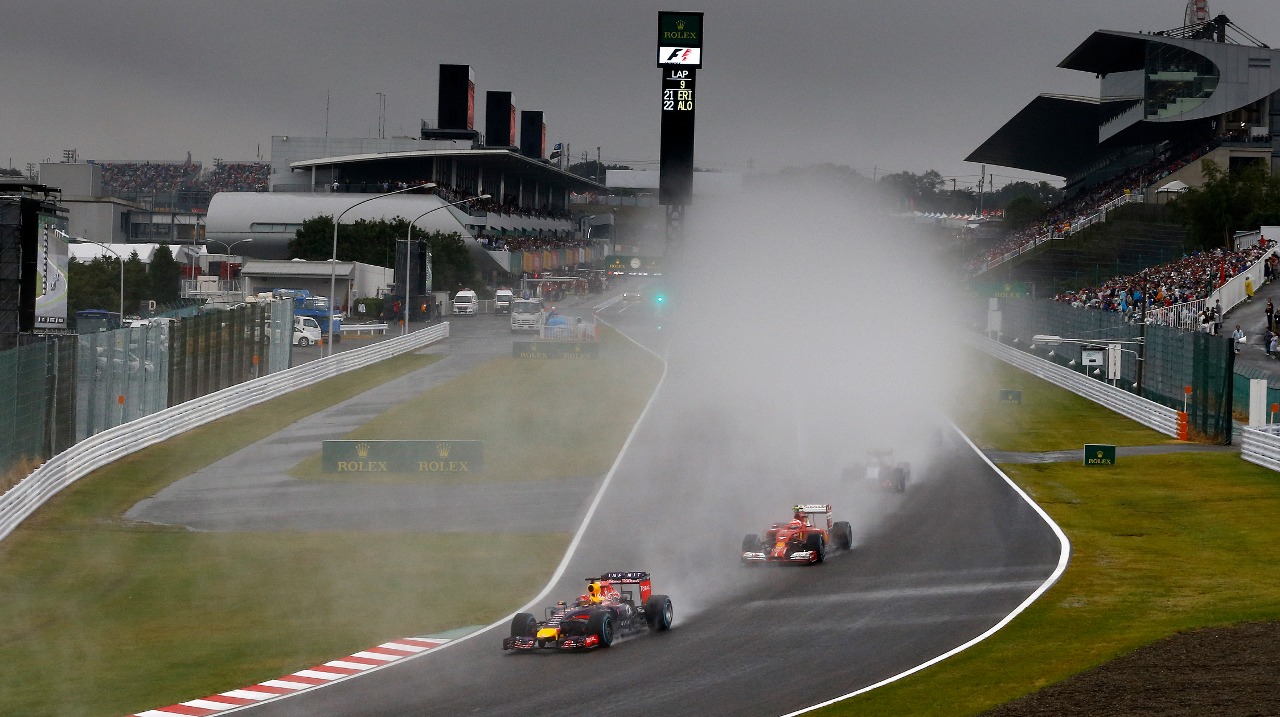 With a typhoon approaching, the 2014 Japanese Grand Prix was thrown into chaos as heavy rain rendered the track almost undrivable. In the concluding stages of the race, a Marussia driven by young Frenchman Jules Bianchi veered off the track at speeds estimated to be in excess of 130 miles (212 km) per hour. Bianchi’s car struck a support vehicle that had been deployed earlier in the race to assist in the removal of a fellow competitor’s car. In the horrible impact Bianchi would lose consciousness. He was taken to a Japanese hospital before being flown to France.

To this day he has not regained consciousness.

The twitter hashtag #forzaJules has become a rallying cry of respect for fans worldwide of the pilots of the world’s fastest motorsport, Formula One.

As a casual F1 fan, I remember feeling horror at the time but in the months that passed following the tragic accident I had largely forgotten Bianchi. It was until I happened to start Codemaster’s latest entry in its F1 series that thoughts of Bianchi came racing back and, oddly, of ethics in the presentation of our fallen heroes.

F1 2015 (available for the first time on PS4 and Xbox One) includes rosters from both the 2014 and 2015 seasons. This means that Jules Bianchi can be selected by the player as an avatar to use. What’s more, his fateful race at Suzuka can actually be replayed and, if a player is skillful enough, his under-powered Marussia can even be driven to the world championship.

Seeing Bianchi’s digital avatar staring back at me elicited a profound sense of sadness. While Bianchi is still technically still alive, his life has effectively been taken away from him and those that love him. There is no asterisk, footnote or signifier in the game of the tragedy that befell Bianchi. No recognition that Bianchi, like Senna, Gilles Villeneuve or Dale Earnhardt Sr, had lost everything in the pursuit of speed.

Searching for recognition of the accident in the game I examined the achievements. Perhaps there was a #forzajules achievement for winning a Grand Prix or world championship? Nope. A straw poll of my family suggested that the game’s moral compass was not as skewed as my first gut reaction, but it conjured thoughts of fallen sports stars of video games past and the potential of horrible scenarios in the future.

I was left with a question: what should sports video games do with athletes that leave us too soon?

Outside of motorsport, the number of athletes who died during their playing days is thankfully a short list (although Wikipedia as ever maintains a regularly updated account). However, the incidence of sporting stars who die while their digital counterparts play on in games is not unheard of. For example, Javon Belcher is featured in Madden 13, and Darrent Williams, Oscar Taveras and Sean Taylor are all athletes who died while their virtual doppelgangers were featured in games being sold in stores. The user-generated rosters of Don Bradman Cricket mean that Phillip Hughes can continue to make centuries for New South Wales and Australia.

As an Australian in the late 1990s with little access to the Internet, I distinctly remember wondering why Vladimir Konstantinov had disappeared between renditions of the 1998 and 1999 iterations of EA’s ice hockey franchise. Little did I know that Konstantinov had been confined to a wheelchair after a car crash following their 1997 Stanley Cup victory.

With modern games’ ability to have regular roster updates, the option exists for developers to remove athletes from their games almost immediately. In Madden 15, for example, EA was quick to pull Ray Rice from the virtual gridiron after his off-field transgressions.

If tragedy was to befall one of the stars of the major sport’s game franchises, it is an interesting – albeit morbid – hypothetical question to consider what action the developer would or should take.

The circumstances of the athlete and their demise would likely to be key factors. Perhaps, in such a tragic situation, it would better that their digital counterpart could be left to continue to rack up goals, touchdowns, home runs or baskets in career cut short. While it’s ten thousand lines down on the list of priorities for families and leagues in times of crisis and grief, it’s easy to imagine some loved ones wanting their family member to remain virtually active, whereas others would prefer it to be different.

However, if you’ll excuse me, I need to fire up the Marussia to chase down those Mercedes. #ForzaJules.