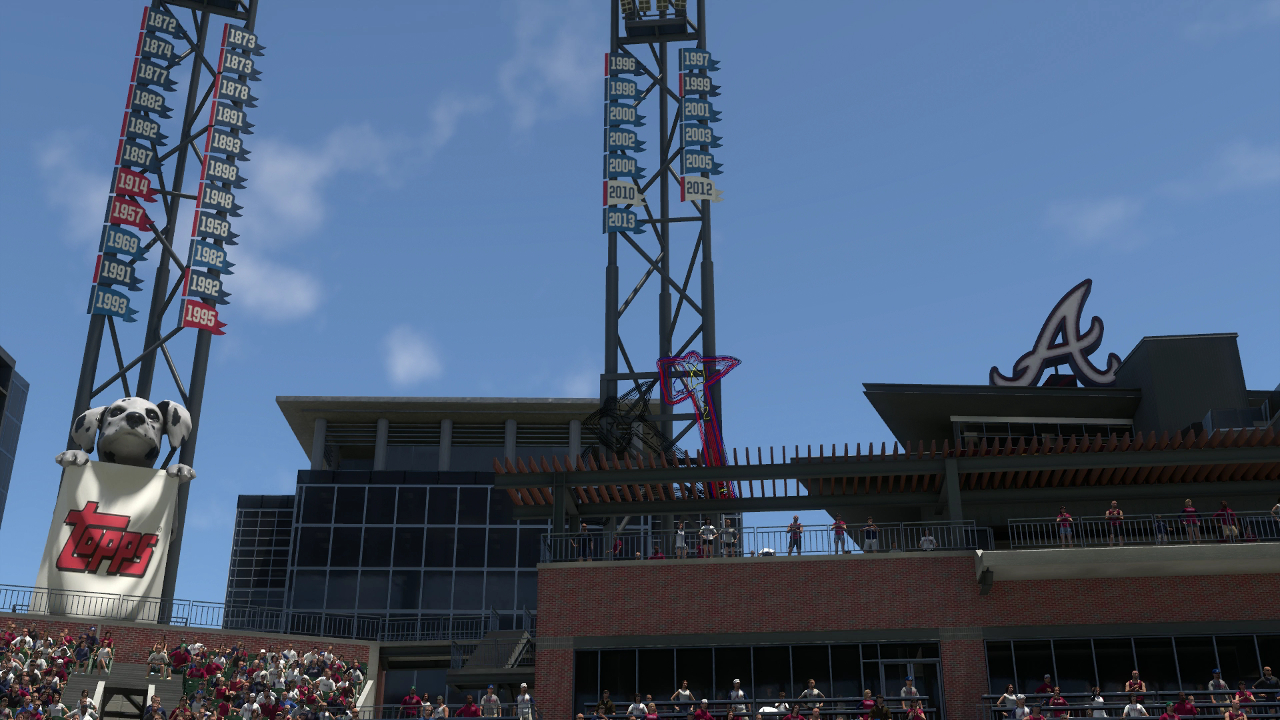 Debut of SunTrust Park in MLB The Show 17

There are occasional milestones in sports that become “firsts” or “lasts” in the video games that represent them. Whether it be expansion teams, relocation, or new stadiums those are notable for helping distinguish one year’s product from others.

The latest one of those regards the brand new Atlanta Braves stadium SunTrust Park which is featured in MLB The Show 17. It’s the first new stadium to open since Marlins Park in 2012.

The home opener won’t occur until the evening of Friday, April 14th but fans can check it out now in the video game. We’ve put together a video showing off the inside of SunTrust along with highlights from the first game played against the San Diego Padres.