While it may not generate a lot of buzz among American sports game fans, the F1 racing series is hugely popular across the world. Last month, developer Codemasters released F1 2015 – the first version of their long-running racing game series on the Playstation 4 and Xbox One consoles.

We got our two Hit The Pass racing experts Greg Sewart and Dr. Ken Parker together virtually to weigh F1‘s strengths and weaknesses. Both Greg and Ken are well-versed in the history of the franchise and why it’s an important title to so many people.

Greg: What strikes me most about F1 2015? The lack of features. I hate to start this whole thing off on a sour note, but after watching this series build up over the past few years on the previous generation of consoles, to get a game where I only get to run a single season or a smattering of single events is a bit underwhelming. I appreciate the fact that Codemasters saw fit to include the 2014 roster of drivers, cars and tracks as a sort of apology for the lack of a game on the Xbox One and PS4 last year, but it doesn’t really fill the void.

But I guess that brings us back to the age-old question: is a lack of features enough to condemn a yearly sports game? 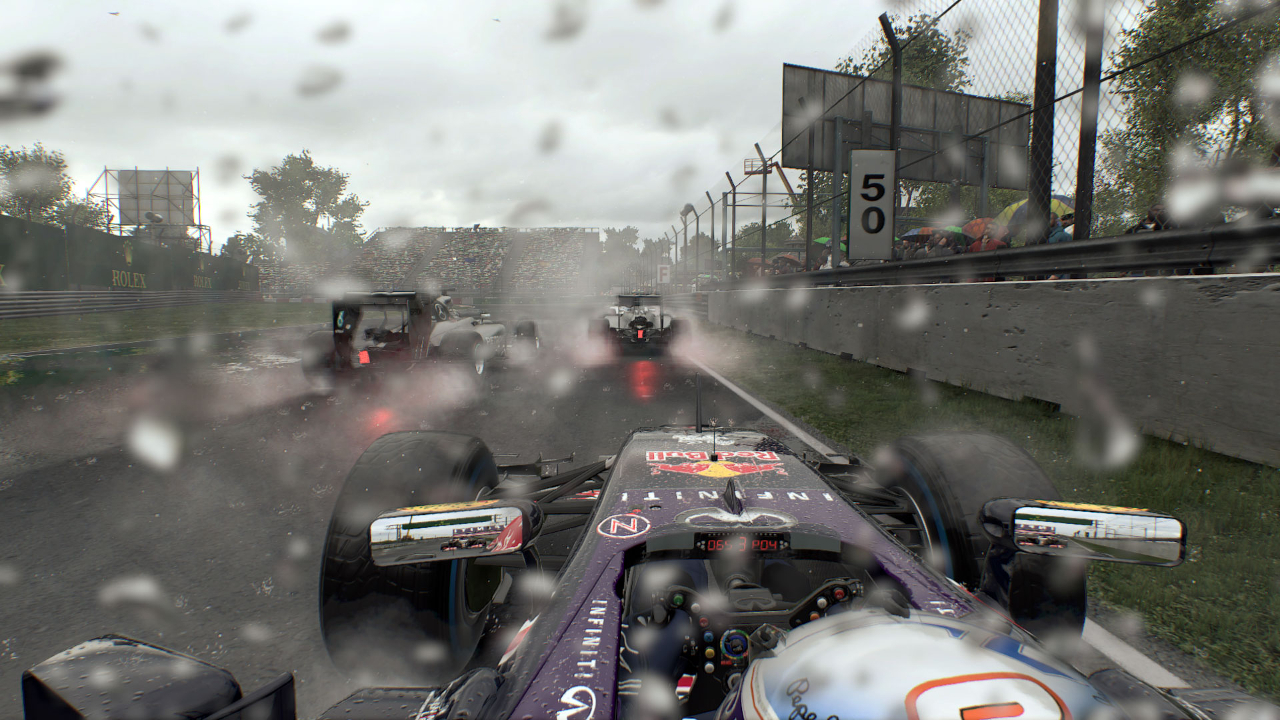 Ken: Greg, you’re correct that F1 2015 certainly lacks the features of previous editions. There is no career mode or no classic mode. When you complete your chosen season you are left to repeat it Groundhog Day-style.

However, in previous editions I never took advantage of the multi-year career mode. I’d complete the year and get offers from bigger teams, but by then the momentum for me to play would be gone and I’d normally start a new career.

What I think separates this year’s game and makes up for the lack of modes is the driving. I think it is the most fun racing experience I’ve had in a long time & captures the precision and chaos of F1 so well.

Greg: I have to agree. When the rubber meets the road I feel like F1 2015 is the most enjoyable one in the series. Perhaps more hardcore sim players might not agree, but this year’s game is extremely user-friendly out on the track. It’s forgiving without coddling you too much. Overshoot the turns or brake too late and you’ll still lose time and use up your tires, yet you rarely feel like you’ve thrown your whole race away.

The feel of the tire wear is something I particularly like. During a recent race in Australia Lewis Hamilton managed to spin me on the first lap. In my desperation to get back to the pack, I spun again on my own. Those two spins cost me loads of grip and I struggled to make it to my first stop.During my second stint with another set of Options fitted to the car, I stayed smooth and could definitely feel a difference in tire wear. The rubber didn’t start to lose grip until just before my second stop. It was great. 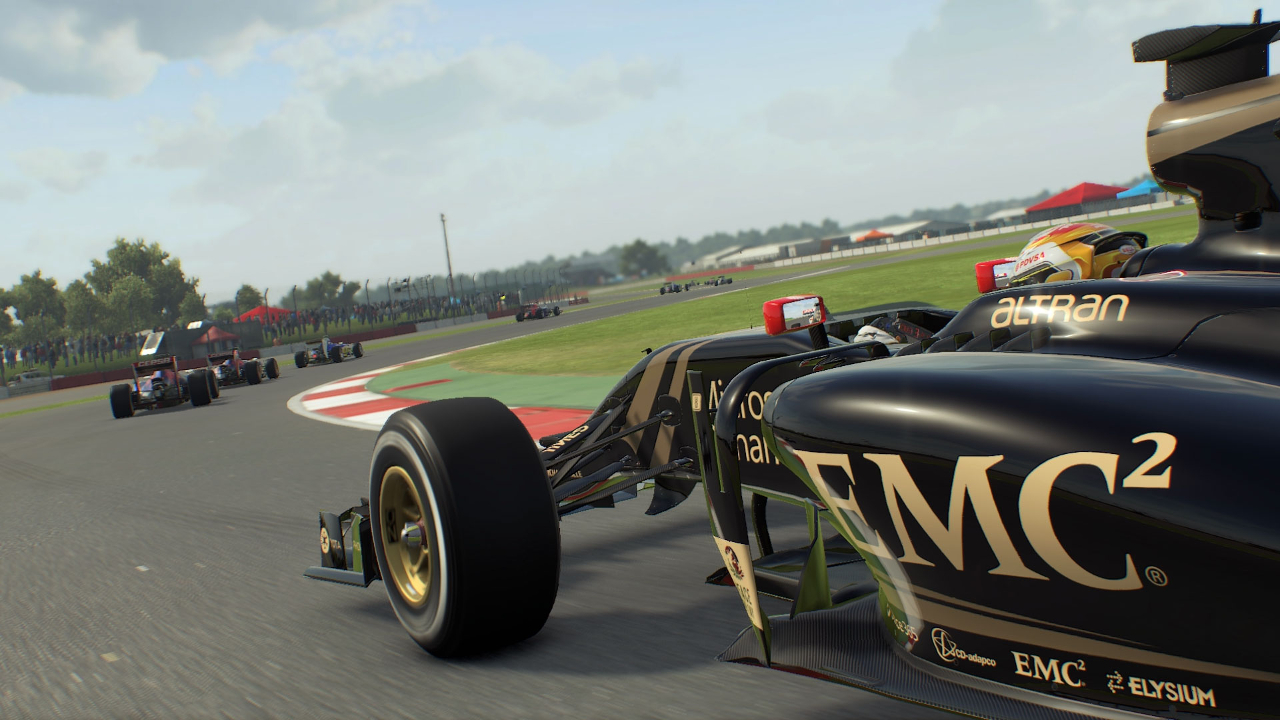 Ken: Your battle with Hamilton there captures what I think is really different this year – challenging, fun A.I.

The opposition cars battle you for position, especially on harder difficulties. They will push you and don’t mind going for difficult passes, especially after the DRS zones. The drivers aren’t perfect though and will have shunts amongst themselves. Mid-race you can go to a summary of incidents and see a list of the chaos. It is a pity there isn’t an option to view the collisions from this page because some are spectacular and hilarious.

I also love how the cars space themselves in the course of a race. You’ll get little packs of cars, each battle for the minor points, just like in real racing.

But just like the real thing too, the Mercedes are in a race of their own.

Greg: That’s true. The way the game reflects real-life disparity in the cars is actually a good way to adjust the difficulty of the game. Jumping into a McLaren provides a great challenge if you’re more interested in mid-pack racing than simply leading every lap. It makes the whole thing feel a bit more like a real Grand Prix, up to and including the helplessness of watching a Mercedes streak past you and knowing there’s nothing you can do about it.The PS4 version apparently supports my Fanatec wheel, but I haven’t gotten it to work. Thank goodness the game plays well with a controller.

I haven’t touched online at all at this point. I’m just really enjoying the single player season mode. The game is just a joy to play, and missing features aside, I think this is a great first run on the new consoles.