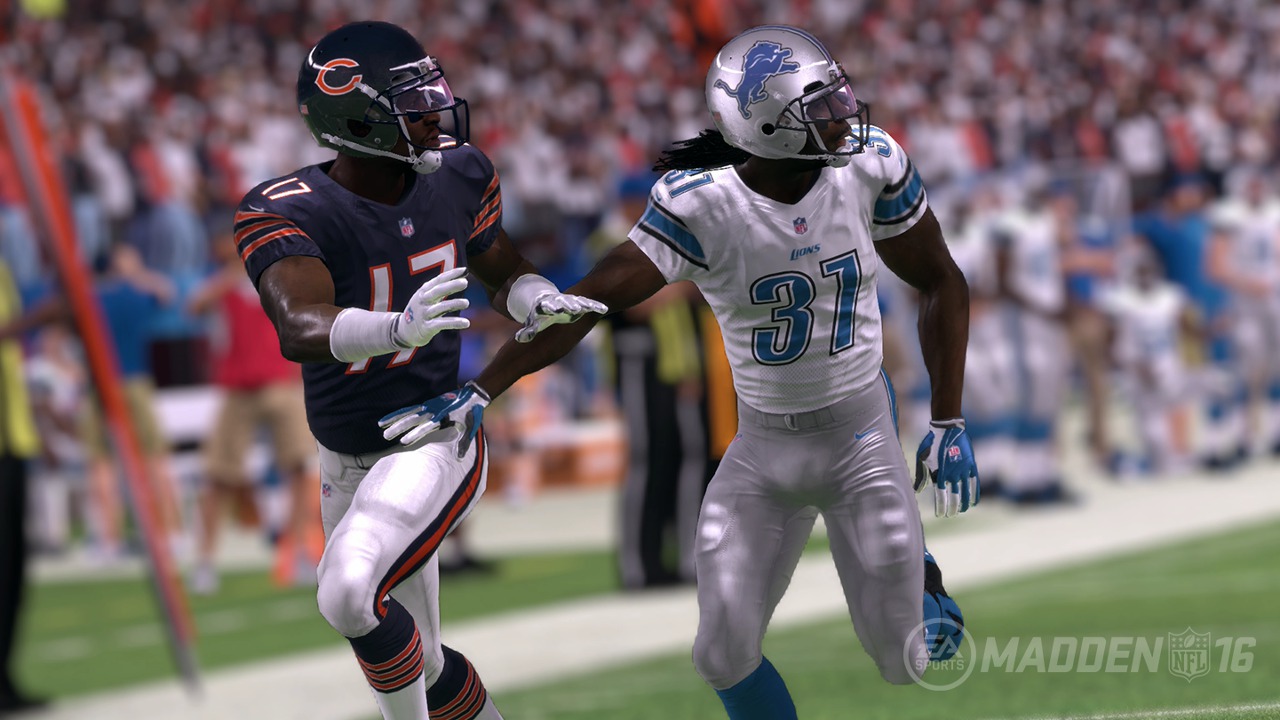 Is Madden NFL 16 a definite purchase for you?

Love it or hate it, Madden NFL is one of the biggest sports games every year and it has been for decades. Over the years, it has evolved from a single-player focused title to an online multiplayer-based game; these days, it offers very different experiences for a variety of players. Prefer to play on your own with your favorite team for a few years? Check. Want to get a bunch of your friends in a league and play for bragging rights? Check. Prefer to build a fantasy team from virtual cards and climb firecely competitive leaderboards? Check.

As Madden has evolved, so has its base of players. So we asked our contributors a simple question – based on who you are today, is Madden a guaranteed, day one purchase? Or has it lost its luster?

Is Madden a definite purchase?

I’m one of *those* people who considers buying Madden every year to be a tradition. I’m genuinely interested in seeing what the differences are from year to year, no matter how minute those differences may be. For me, I’m especially interested in presentation value. Are there new lines of commentary? How much closer to an authentic television presentation has the game progressed? Which stat lines are shown? Are the replay angles better or worse? I’m still waiting for Madden to deliver the same attention to detail with presentation that we saw from Visual Concepts with ESPN NFL 2K5. Maybe it’ll happen… maybe it won’t… but presentation is important to me, ranking not far behind how the game plays and if any new modes of play or content were added.

This year’s Madden also has me intrigued because of the Draft Champions mode of play. I’ve become involved in fantasy football within the last few years– and won my league championship back in 2013, thanks to one Peyton Manning– so this new mode of play has my attention. Mixing fantasy drafts with actually playing the games has more appeal to me personally than Ultimate Team content ever has. I’m hoping that the execution comes off as well as the idea sounds.

I go into Madden 16 with high hopes, like I have every year for more than two decades, when I go to pick my copy of the game up shortly before launch.

Madden is no longer a must-buy for me because the one game mode I play every year, single player franchise, hasn’t received significant attention in many years. The appeal of MUT is entirely lost on me and I don’t have time to participate in an awesome online franchise. Madden‘s franchise mode should be the greatest thing in sports video games but it is a disappointing, lifeless husk that was actually more interesting back in 2005 when they incorporated unique features like the Tony Bruno Radio Show.

This one is simple; an emphatic yes! I’ve never missed an iteration of this franchise and there’s no reason to buck that trend. In fact, I’m eagerly anticipating playing this year’s version.

I stick by my belief that Madden NFL 15 was the best version of NFL football ever made and I’m buoyed by the fact that Tiburon has made a concerted effort to address some of the issues that arose from last year’s game. Add the return of EA Trax and this becomes a must buy for me.

The added bonus is that since I’m buying it on my Xbox One I’ll be play the full game for an extended period of time before it’s official release via Electronic Arts’ fantastic EA Access service. In the words of the immortal John Madden, “BOOM”!

It is, but at the same time it’s worth noting that the community’s enthusiasm level towards the series has plummeted from where it was a decade ago.

Even the hype that EA Sports attempts to generate for the next in the franchise’s release seems tepid this year. Promotion of the game has been far more understated than in the past.

That may end up being a good thing, rather than over-promising and under-delivering, and a recognition that the traditional methods of marketing are not nearly as effective these days.

EA Access is a great service and now because of it those with an Xbox One can get in significant time with the game and determine for themselves if it’s worth buying. That’s the best thing to come along in quite a while.

Madden NFL 16 looks like it’ll be a fun game, but with a number of deficiencies still present, and that just isn’t enough to get people super excited…even if it’s an automatic purchase year-to-year.

Will I being buying Madden 16? YES! YES! YES! (The Yes Movement is property of Daniel Bryan and WWE. No re-broadcast or re-transmission of YESing without the express written consent of Bryan, WWE or Major League Baseball is prohibited.)

Back when I was making annual appearances on the Bill Simmons podcast (whatever happened to him, anyway?) reviewing Madden, the nice folks at EA would send me an advanced copy of the game. I had a good run of not having to dish out any coin for Madden, but that well ran dry so now I purchase it.

Not only am I going to buy it this year, but I am going to add some excitement to it and play “Madden Roulette” by not pre-ordering it.

On the 25th I am going to hop in my car and drive around town looking for a copy. Will I get it on my first try? My fifth? Will it take me a few days? I’m not sure but this Maddenoliday is going to have some drama. I’m even going to listen to nothing but NFL Films music when I’m driving around from store to store.

I’ll qualify this by stating that I get Madden for free thanks to doing the reviews for GamesRadar every year for a decade; so this is a hypothetical response.

Having said that, though, the answer is yes. It’s not yes because I think Madden is the greatest thing ever. Instead, it’s yes because every year it offers me the best way to play in an organized, multi-year league with all of my friends. Madden’s Connected Franchise mode is the gold standard of sports games, letting us manage an entire franchise over the course of several seasons, including drafts, free agency, movement of teams, and lots more.

Luckily, the game has been pretty darned good on the next-generation consoles. Even if it were just average, though, the social-based fun that I have in Madden is unparalleled in any other sports game. That’s why, no matter what, Madden is a definite, day 1 purchase.

@HitThePass Pass. Playing with downloaded 2016 roster. Will wait for Vault.

@HitThePass pass for now, sticking with 15… but know I will impulse purchase some night on the PS store like a sucker

@HitThePass Going to play it on EA Access and determine from there. Will be first year I don’t blindly purchase at midnight.

@HitThePass EA Access will help me decide. Uncertain right now but optimistic based on what I have seen so far.

@HitThePass I’m 50/50 right now. Going to see how I feel after EA access trial. Might just play madden mobile to get my madden fix

@HitThePass Haven’t played on next gen yet, so I’ll probably give this one a try. Figured it’ll be different enough to warrant a purchase.

@HitThePass madden is an instant purchase every year. There’s no alternative

@HitThePass definite purchase. Trying to decide if I go PS4, or make the jump to XB1 with that Amazon bundle w/ EA access