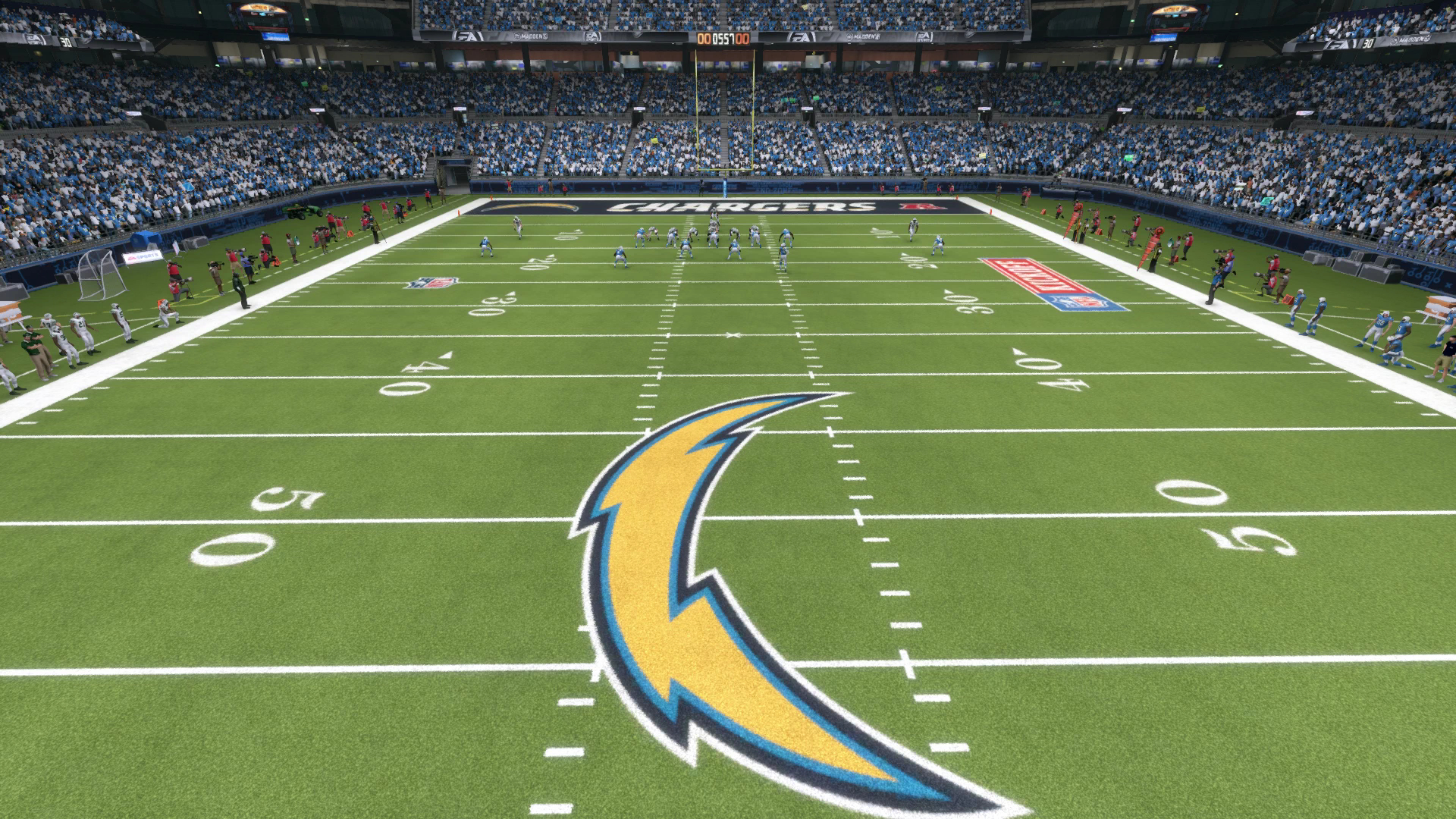 Moving the Chargers to Los Angeles in Madden NFL 17

Four years after EA Sports added a relocation feature to the Madden NFL video game series it can again be used to replicate a real life move. Relocation remains a feature found within Madden NFL 17’s Franchise Mode and Los Angeles is of course one of the destinations available to chose from even after the Rams moved there last year.

With the announcement today that the Chargers will officially be relocating to LA for the 2017-18 season fans may have interest in moving them now in the current video game instead of waiting on release Madden NFL 18 in August.

The steps to doing so are simple, however since Madden NFL 17 begins in 2016 the first season will have to be played through or simulated in order to reach the 2017 season where the relocation would take place. Keep in mind that there are the steps in between, such as free agency and the draft, that will alter the makeup of the team.

The first thing to do is to start a new Franchise and select the Chargers. Before continuing make sure to “Change Role” and choose “Owner” rather than the default which is “Coach.” It doesn’t matter whether you create an owner or stick with Alex Spanos. Adjust any other desired settings and then begin the season.

In Week 5 the option to declare intention to relocate appears. This is when the destination city of Los Angeles would be chosen. 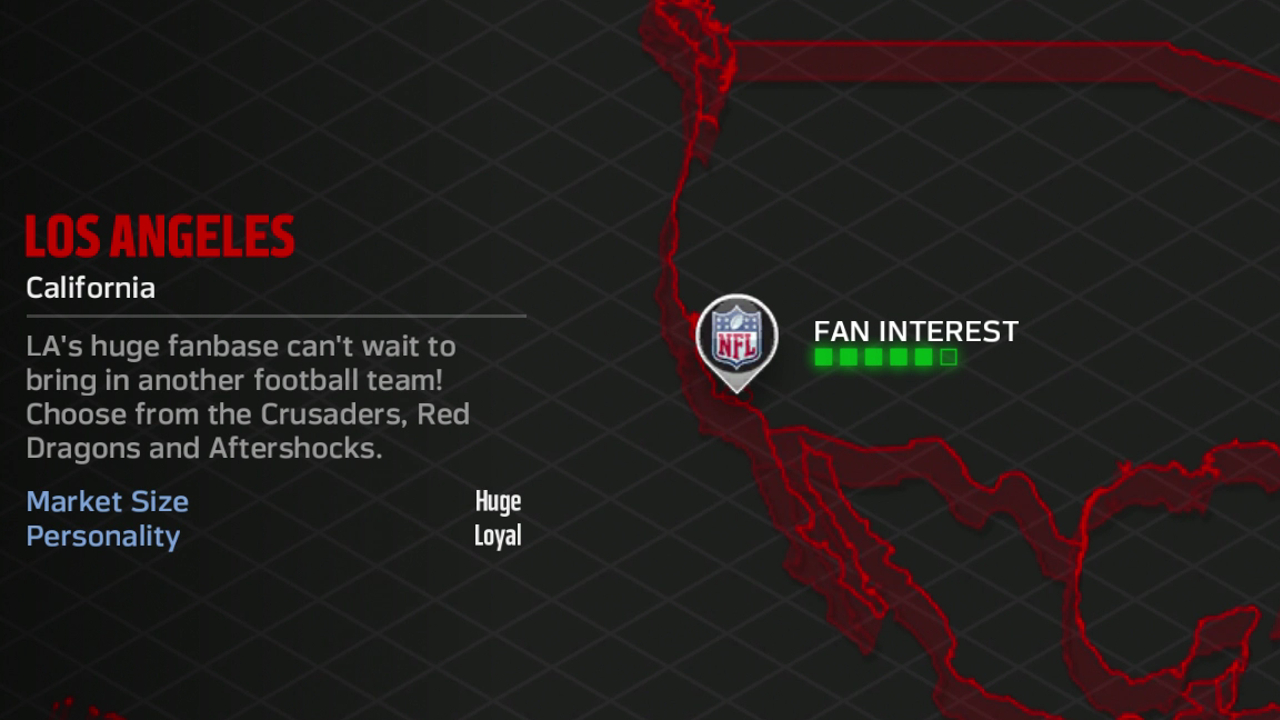 In Week 6 the name of the team is selected. The Chargers name and branding can be carried over instead of going with one of the three created options.

In Week 8 the new stadium is chosen. Reportedly the team will be playing in the StubHub Center (home to MLS’ LA Galaxy) until the Inglewood stadium that just broke ground is completed for the 2019-20 season. That venue will have a seating capacity of just 30,000.

Among the stadium options there aren’t really any that would be similar to Stubhub Center. The “Basic Canopy Stadium” would probably be the best choice but there’s no getting around the dramatic difference in capacity regardless of which stadium type is picked.

The decision could be made instead to plan further ahead and just go with the option that looks most like the Inglewood stadium. Based on the renderings none of the options are quite what is being built. Given that it’ll have roof the closest would be the “Deluxe Sphere Stadium.” Yet, since it’s a clear roof, going with the retractable roof “Deluxe Hybrid Stadium” or open-air “Deluxe Canopy Stadium” may be preferred. 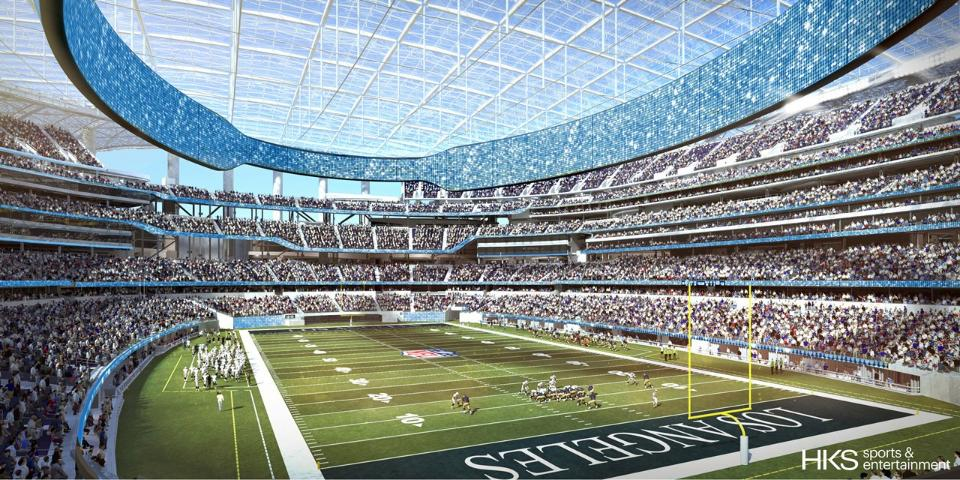 After settling on a stadium then play the rest of the season, complete free agency and the draft, or sim all the way ahead to the start of the 2017 season. Now with the start of the second year in the franchise the Chargers are officially situated in Los Angeles and even the commentary will make mention of the move.

In recent years EA Sports has been adding stadiums to Madden NFL one year prior to their openings. In Madden 25 (2013) it was Levi’s Stadium for the 49ers which opened for the 2014 season. In Madden 16 (2015) it was the Vikings’ U.S. Bank Stadium which opened this season. The LA Coliseum was added to Madden 17 for the Rams which also introduced next season’s Mercedes Benz Stadium for the Falcons. Should that trend continue the new Inglewood stadium will first be seen in the 2018 release of Madden NFL 19.

It’s extremely rare for a league-licensed sports game to change as dramatically as having team relocation or expansion, and even new stadiums don’t come around every year, so they become intriguing changes and additions for consumers to look forward to and play around with when they do. They also turn the previous editions of a video game series into somewhat of a collector’s item. The Chargers will make it back-to-back editions of Madden with a franchise move and, potentially, newly rendered stadium in the StubHub Center to play in for the next two years.