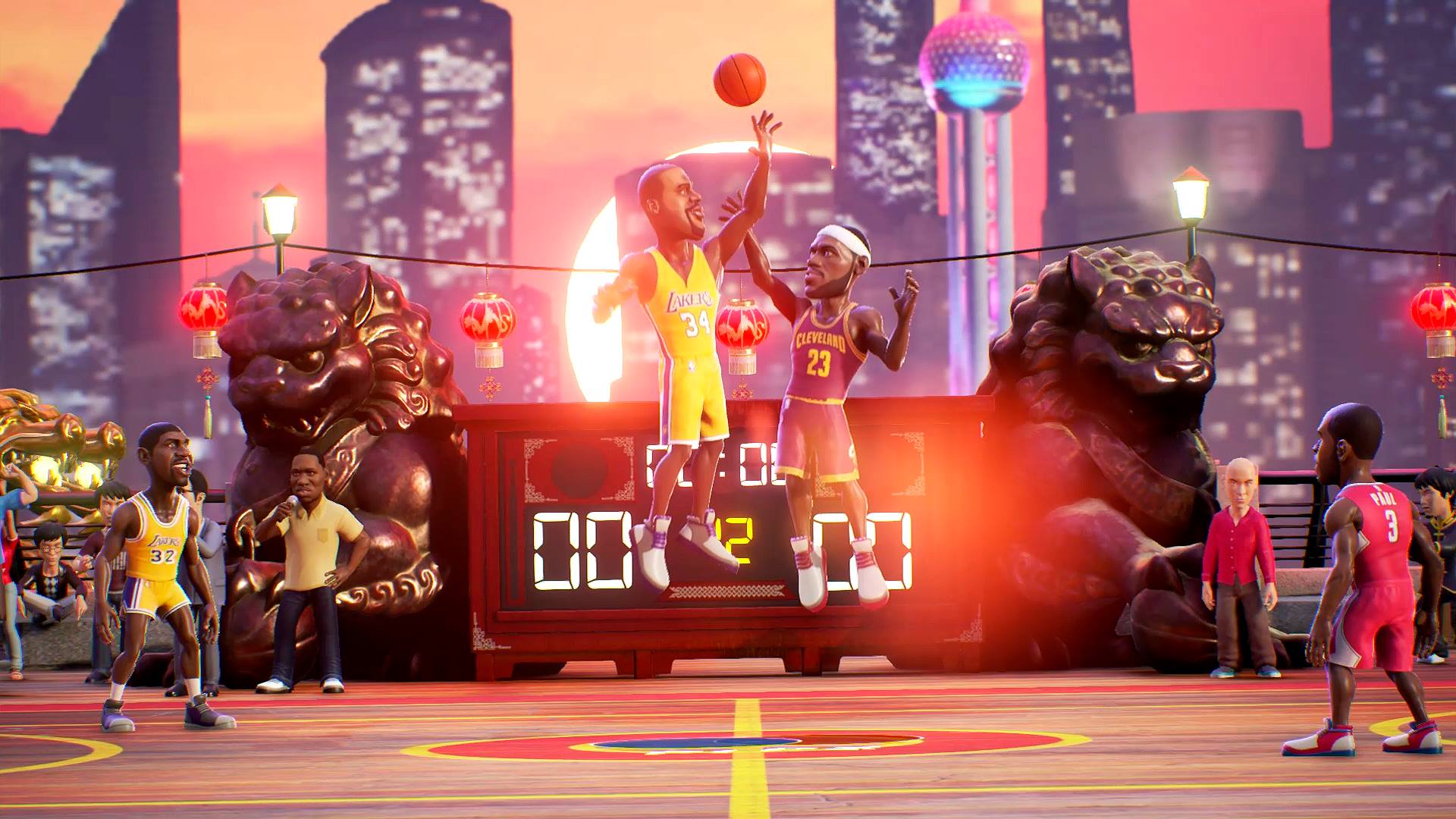 With monster dunks, quirky character designs, and over-the-top arcade style gameplay, NBA Playgrounds sure seems like it’s trying to be the spiritual successor to the beloved NBA Street series. With Street on what seems to be a permanent hiatus – its last release was nearly a decade ago – there’s certainly an opportunity to step into that void. As a lapsed Street fan, I was skeptical when I first loaded up Playgrounds – but after a short while I became a fan. It’s been a part of my regular gaming rotation since.

Playgrounds’ premise is simple. Choose two players from any NBA team and head into battle, taking on teams of higher quality and challenge as you move up various ladders. The gameplay evokes NBA Jam, with wild dunks and killer crossovers executed by players who are comic book-styled caricatures of themselves. Player animations and ball physics are strong, but you’ll definitely need to get the hang of the controls. You can easily miss layups if you release too early or too late, while your ability to time steals and blocks on defense will translate to wins more often than not. 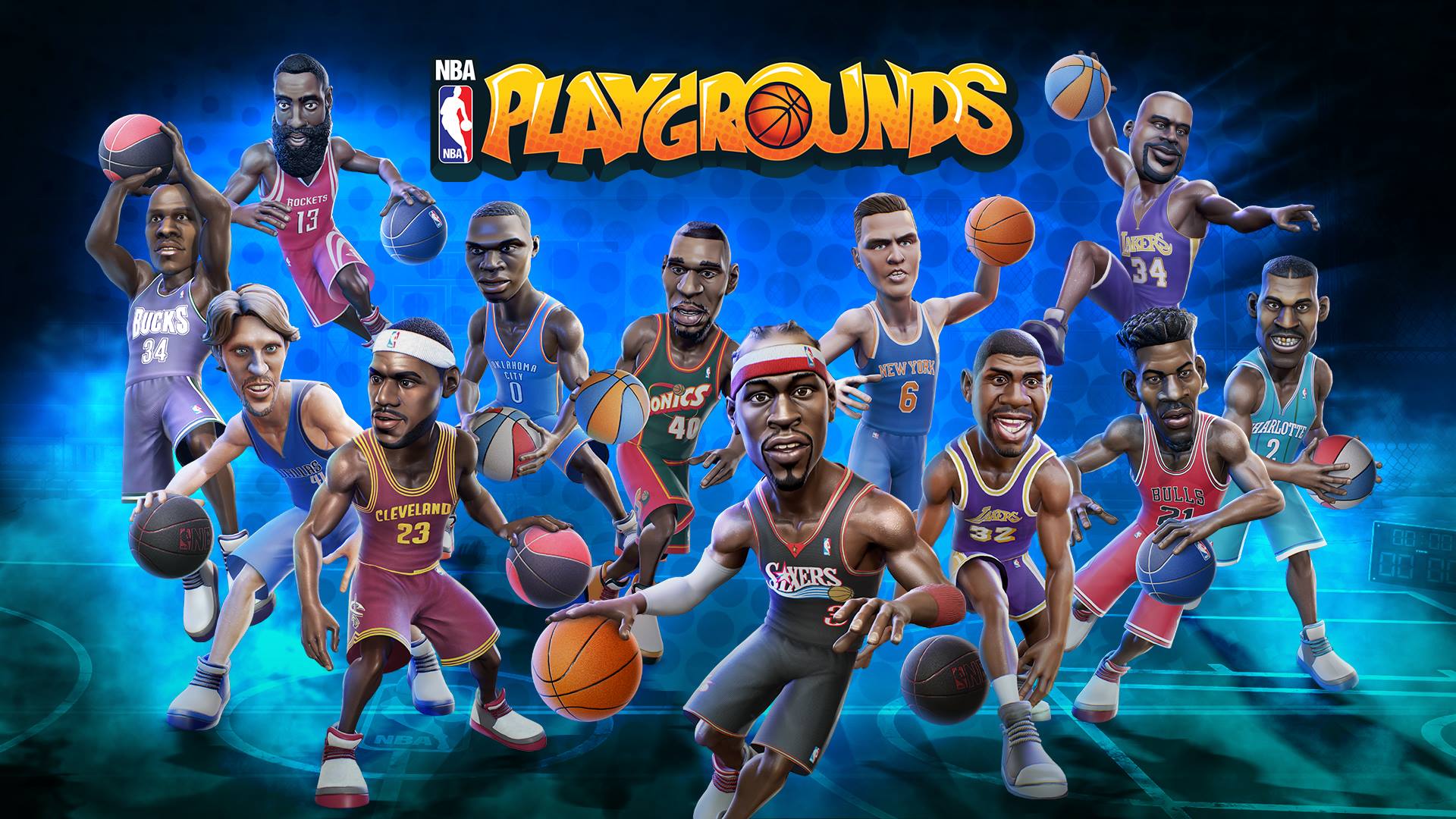 The juice of Playgrounds is the ability to build your rosters via card packs, each containing five players. You never know who you’ll receive – it can be current NBA stars or legends of yesteryear such as Oscar Robertson and Magic Johnson.  As a lifelong Bulls fan, my personal favorite legends to nab were Scottie Pippen and Dennis Rodman.

The duo you choose to play with has a major effect. Picking the right players is essential, especially when playing online against top players. Case in point – choosing the aforementioned Pippen and Rodman nets you two players who can do a lot of things really well but have a low block rating. As I’ve learned, blocking is crucial to success in Playgrounds. On the bright side, Pippen has terrific steal and dunk ratings while Rodman’s perfect rebounding and very good two-point shot ratings make up for some of that. Sadly, rebounding won’t win you many Playground games. It’s all about steals, tough defense, and sinking big shots under pressure.

Online play works similarly to any other sports title – meaning there are loads of really good players waiting for a challenge. Pick your team, get matched up with another player and it’s go time. I’ve found these games much harder, so playing the single-player campaign and coming up with a team of two players that you’re comfortable with is key to matching the talents of your opponents and chasing those often-elusive victories.

An online three point contest was recently added in an update, which became a favorite mode of mine. This strips away much of the core gamplay and centers around your ability to drain long shots under pressure. It’s a rush that I didn’t expect to enjoy nearly as much as I do. My go-to sharpshooting warriors are Oscar Robertson and Manu Ginobili (who’s for some reason labeled as a “Legend” and took me ages to unlock). Their shooting abilities are superb; choosing the ‘Big O’ has helped me win dozens of three point competitions. 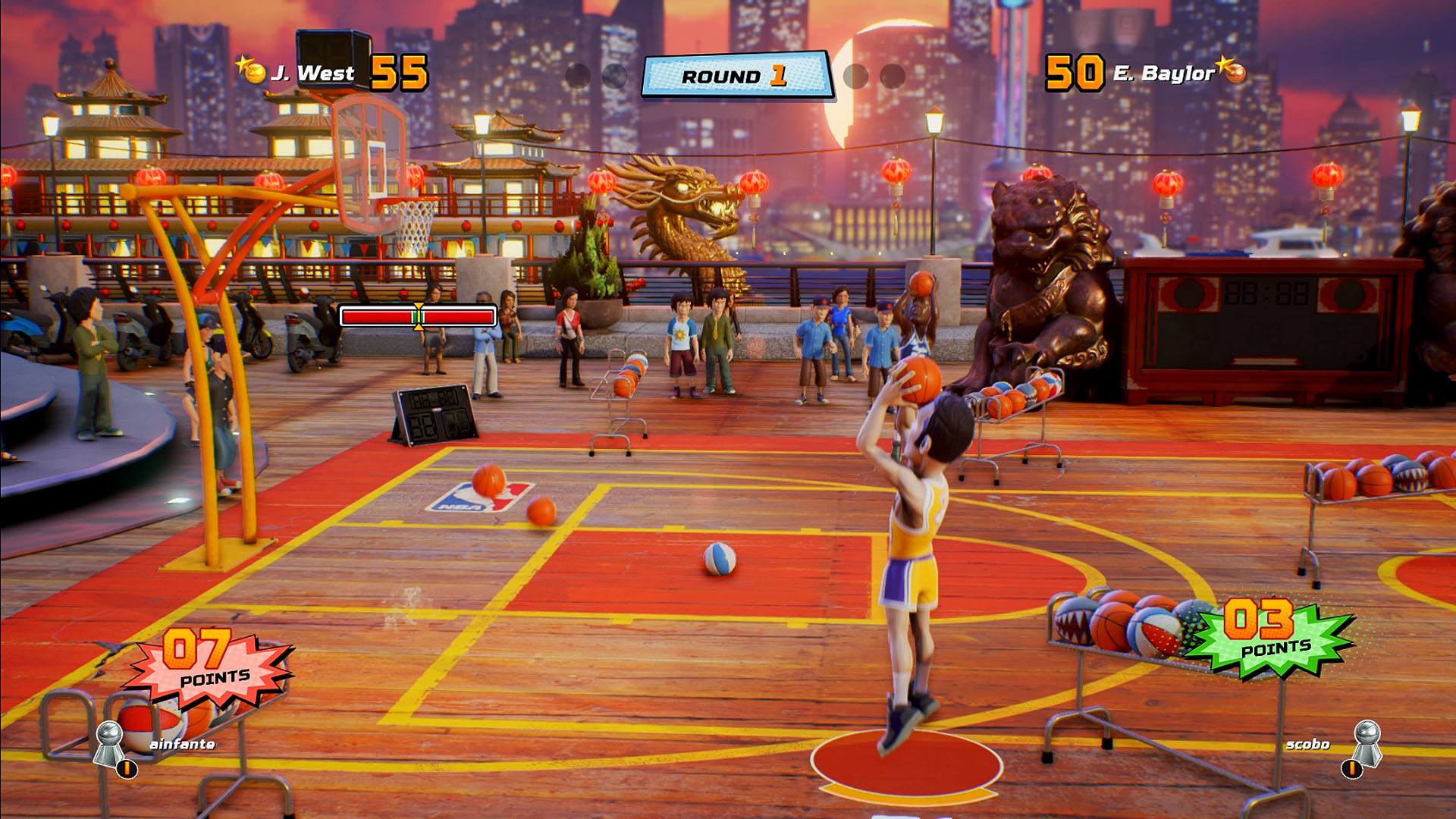 Shooting threes is a fun way to get a quick hoops fix if playing a full game isn’t on the agenda, but be warned: things get crazy competitive against some amazing shooters your level can drop if you lose a ranked game. That’s a big part of the fun, however – the rush of the risk and reward pays big dividends when things go your way.

More than anything, it’s great to see a good NBA arcade basketball return to consoles. Playgrounds has kept me interested since I fired it up. NBA Street may be a remnant of the past, but Playgrounds delivers a modern experience that’s a worthy successor.

Colin Mieczkowski has been writing and talking about sports and gaming for six years, and was a beat writer for the Windy City Bulls. He currently is the Publisher of the GP Golf Report. He can be followed on Twitter @ChiGolfRadio.