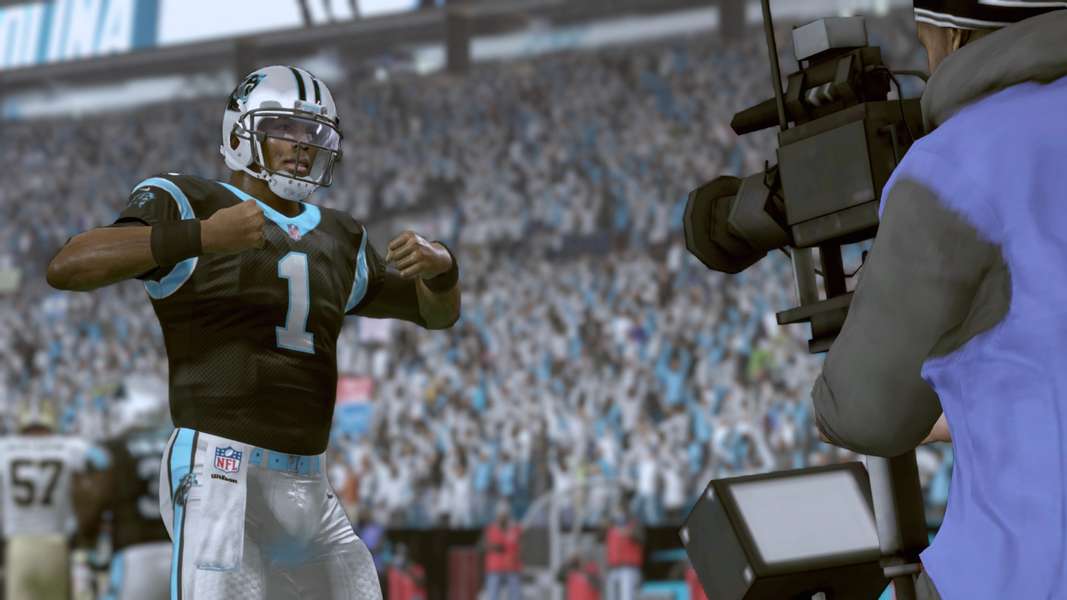 Offensive NFL All-Pros and their ratings in Madden NFL 16

With the regular season complete the entire picture is available for EA Sports to properly rate players in Madden NFL 16 based on 16 separate performances and whether they finished the year trending up or down. The roster update incorporating all that data went out late last week.

All-Pro teams have been announced and that’s one way to assess the top of the league – far more valuable than counting on Pro Bowl invites as a suggestion of who was the best in a given year.

Here’s a look at how Madden NFL 16 currently has the first and second team All-Pros on offense rated. How well do they match up with their All-Pro placement? The defense and special teams will be reviewed later this week.

It’s hard to take issue with these two being rated 97 and 98 respectively. However it’s fair to argue their placement at the position, as they trail Tom Brady (99) and Ben Roethlisberger (98). Brady is somewhat understandable, especially considering he’s been without many of his weapons and a broken down offensive line most of the season, but Roethlisberger appears to be overrated and shouldn’t be at/above those two or even possibly Russell Wilson.

Despite throwing 16 interceptions this season in 12 games (7 in the last 4 games of the regular season) Roethlisberger rose in ratings early on in the year and has not been dropped at all despite the turnover issues. Players in Madden tend to slide slower than they rise, and the history of a player’s success or failures can factor into that also, which is what is being seen now.

As evidenced here, even rookies who have phenomenal seasons will not reach the elite tier of players in Madden ratings. It takes into a second year to do that, which is probably fair as a certain level of consistency has to be demonstrated. Their ratings would be more volatile because there’s no background to determine whether a stretch of games represents an anomaly or their actual potential talent and production level being reached.

Ahead of all of these running backs are two superstars who have missed much of the season. Le’Veon Bell (96) and Marshawn Lynch (94) have actually been dropped in ratings during the time they’ve been out, but they’re still tops at the position. Considering Peterson’s inability to produce against Seattle in the two games this season and Martin being on a team that didn’t reach the playoffs arguments could be made either way on whether they should be above the players who are out of action.

In this case the Madden ratings may better represent impact a player has on the games than their All-Pro stature. Tolbert is an interesting example to look at given that he was just a part-time player this season. He had by far the lowest snap percentage of any All-Pro, on the field for just 38% of the offensive plays that the Panthers ran. He’s a versatile player however and very effective in Madden even if he’s ranked sixth at the position.

John Kuhn and Darrel Young tied with DiMarco at 89 to lead the fullbacks in the video game. 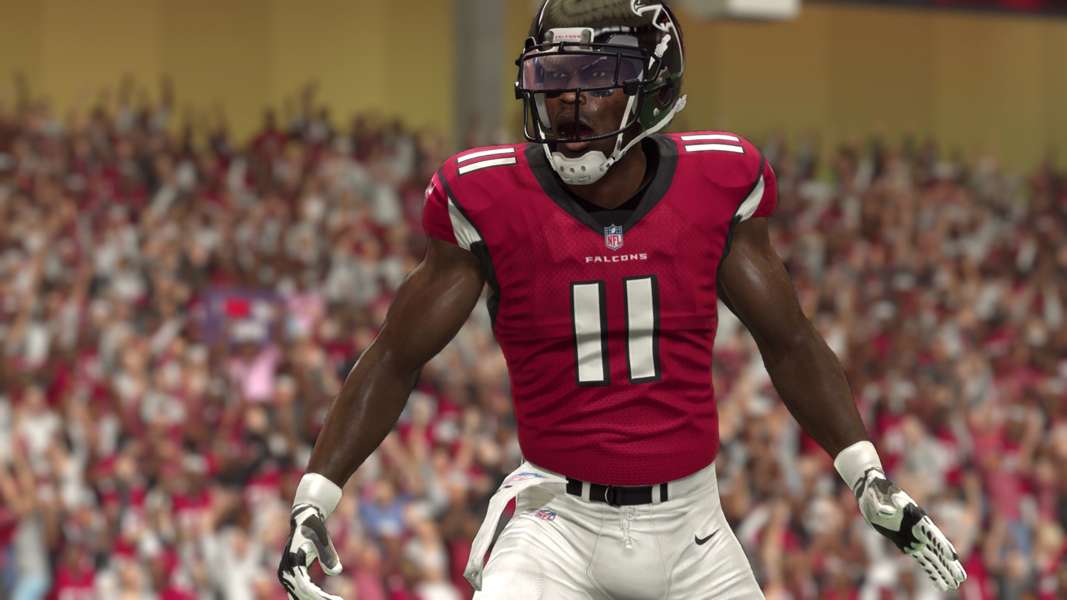 No surprise here that the first team All-Pros are ranked #1 and #2. Besides factoring in the quarterback and offensive systmes, which affects opportunities, receivers are generally able to be judged on production.

However there are a few that in Madden seem to get some benefit of the doubt based on past production despite declining outputs and impact. Calvin Johnson is one example of that finishing the season as the third highest rated WR at 96 Overall. He has all the physical tools however to make for an ideal video game receiver.

The one position on offense that matched exactly the All-Pro selections. Delanie Walker, Tyler Eifert, and Jimmy Graham trail these two in Madden ratings.

With the exception of Trent Williams, who isn’t quite as well regarded by EA Sports, the ratings and selections match up pretty well here. Terron Armstead, Joe Staley, and Cordy Glenn are all ahead of Williams in the game but didn’t make All-Pro.

All of the players are left tackles. The highest rated right tackle in the league is only rated 86.

By far the greatest discrepancy between Madden ratings and All-Pro selections, David DeCastro ranks in the video game as the 18th highest rated guard yet he is a first team All-Pro, making him the most underrated of all the players examined today. Those well above DeCastro in ratings include Richie Incognito, Evan Mathis, T.J. Lang, and Kevin Zeitler.

Besides being flipped, the two players considered to be the best at the position are also rated as such in Madden. At center there are 8 players bunched together rated between 87 and 90 but the two All-Pros stand above them.