First, I know I’m not old. I’m in my mid 20s. My first console was an original PlayStation (although I have been console gaming at friends and was an early PC guy; I played early versions of Golf with just a club, a ball, and the under-appreciated Commander Keen), and I didn’t get into Madden until I took a copy of 2001 with my launch PS2. But I’m officially out of the typical sports gaming demographic.

I grew up, went to University, graduated. I became a professional. I began associating with people older than me a lot of the time. And when I recently booted up NHL 16 to start my Be a Pro career, I realized something: I’m too old for this sh**. 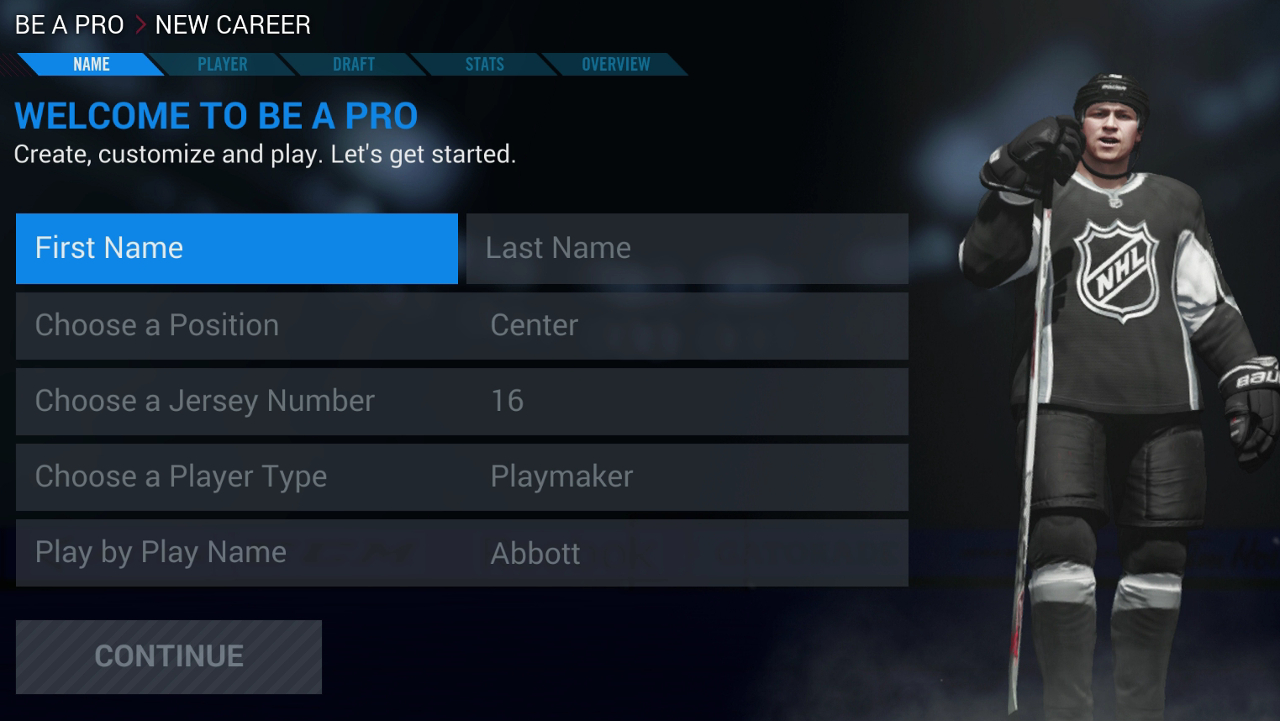 It’s okay to admit this sometimes.

No, I don’t mean I’m too old to play video games. What I am is too old to start playing as a 17 year old. I don’t want to just jump in the NHL/AHL as an older pro. I want MY story.

The NHL, FIFA, and NBA2K series have done a great job at adding additional leagues from around the world. I’m quite sure they are popular hits in many countries, but as a Canadian and North American, I don’t really follow basketball in Spain or hockey in Sweden.

It’s time for a change. Ultimate Team modes have started to expose these players to a more worldwide audience. It’s time to do more. Evolve. It’s time for stories the likes of Doug Flutie, Kurt Warner, Warren Moon, Jeff Garcia, Tim Thomas, Johan Hedberg, Jim Morris, Mike Hessman, Eric Thomas and Evan Gattis to be told correctly. Or new stories, like that of Steve Moses and Thomas Raffl, working to try and create new stories. But this time, the story should be yours.

It’s a story of fairy tales. The story of Disney movies. It has, will and continue to happen. Whether you’re 16 or 55, there’s something indescribable about rooting for the underdog.

If he can, anyone can.

This also helps with the age old problem in sports games – a finite story with a definitive ending. You’re limited to only a handful of seasons – and that’s okay! It’s time to see finally see the credits roll.

Imagine your story beginning as a 29-year-old playing the final few games in the Swedish Elite League, ripping it up and earning an invite to an NHL Camp. You have 6 preseason games to prove you belong, or you go back overseas for another year and hope for another chance. If you succeed, though…your journey begins like no other.

It’s time for Madden to finally embrace the Canadian Football League, if only a little. You’re an unrestricted free agent and finally get a shot to realize your dreams in the NFL. How does your career end? Can you put together a Hall of Fame career? Win a Super Bowl? Or just be a faint memory like Dieter Brock?

Picture yourself as a 36 year old AAA farmhand who gets called up because of injuries. Can you help turn the season around? Can you keep a job even when the regulars come back?

Or maybe you’re the plucky 27 year-old, tired of being yo-yo’d up and down from the minors to majors and decide to take your talents overseas for a year before hopefully coming back for a legitimate shot at staying with the big club.

Imagine the interactions with other players, teammates and coaches. Many are happy for you to finally get your shot. Others dislike that you’re here taking away their playing time or stopping their friend from being on the team. The possibilities are endless on what teams could do.

It’s time to start exploring the end as well as the beginning. Here’s to hoping for some great golden years.