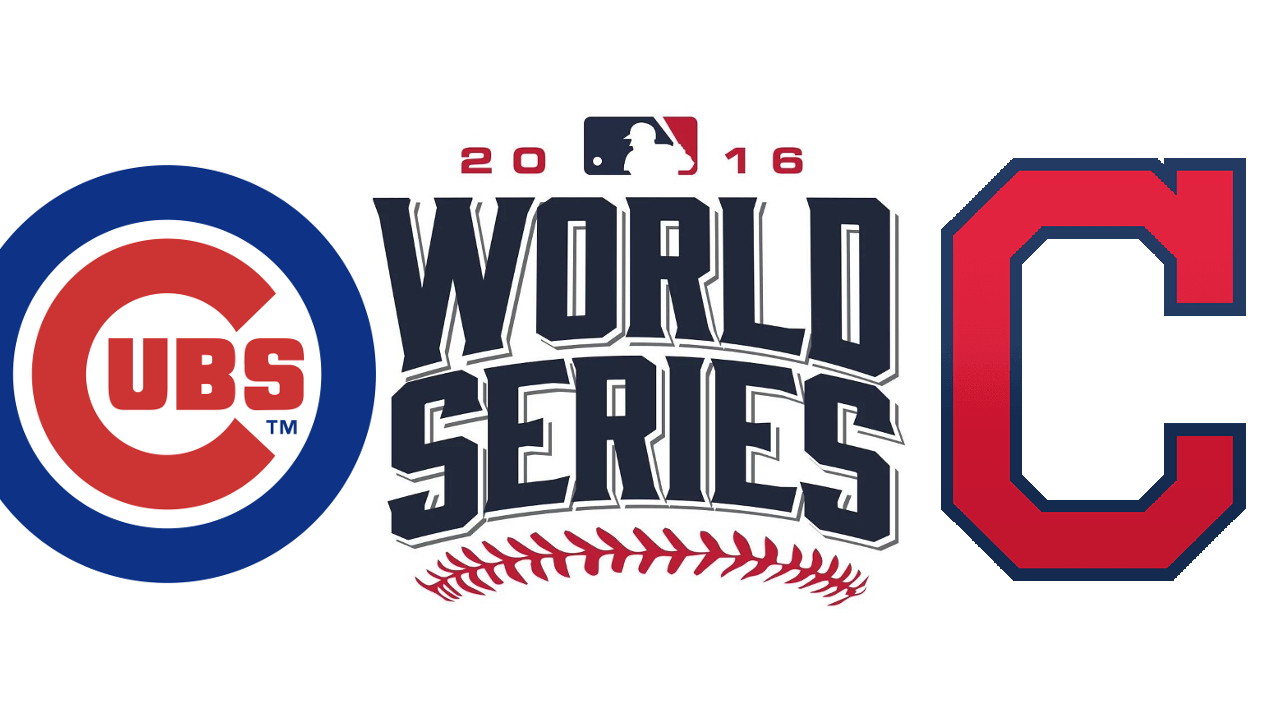 Out of the Park Baseball 17, which is on sale for $9.99 (75% off!) for the World Series, has been simming the playoffs. Now it’s time for the championship. One team will end a decades-long drought, but who will it be? The Cleveland Indians or the Chicago Cubs?

We’re picking the Cubs, but you can’t go wrong with the Indians either

This was easily the craziest set of sims we ran during the playoffs. The Indians won 12 of the 20 simulated series, but the Cubs won 57 games to 56 for Cleveland, and they outscored the Indians, 477-448, good for a 4.2 – 4.0 advantage in average runs per game. On the strength of winning two of the three main metrics, we’re giving this one to Chicago, but you could make a case for Cleveland too.

There were only 4 sweeps, which went to Chicago 3 times. The Cubs won 3 of the 5 five-game series, but the Indians won 4 of the 5 six-game series and 5 of the 6 seven-game series. If this series goes six or seven games it looks like the Indians have the advantage.

Other stats of note: The loser of the World Series outscored the winner five times, and Chicago pulled off that feat each time. Twice the teams scored an equal number of runs. 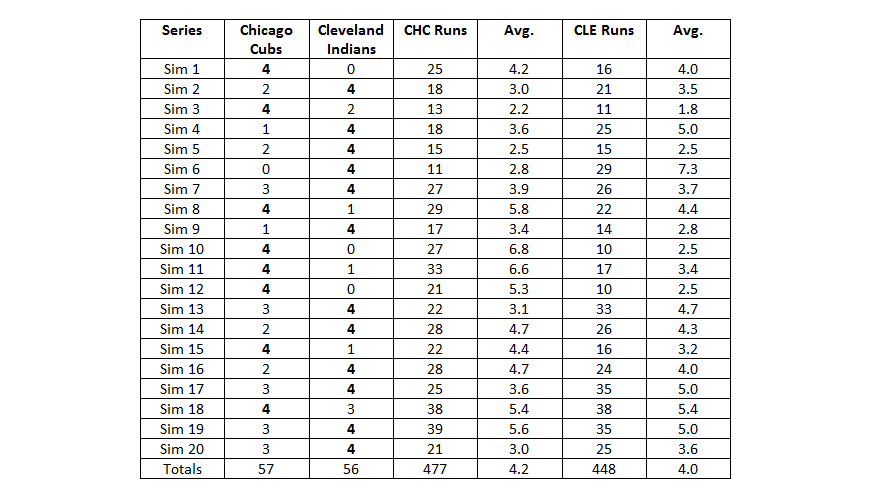 Congrats to whichever team wins, whether it’s the Cubs who haven’t since 1908, or Indians who would snap a drought since 1948!