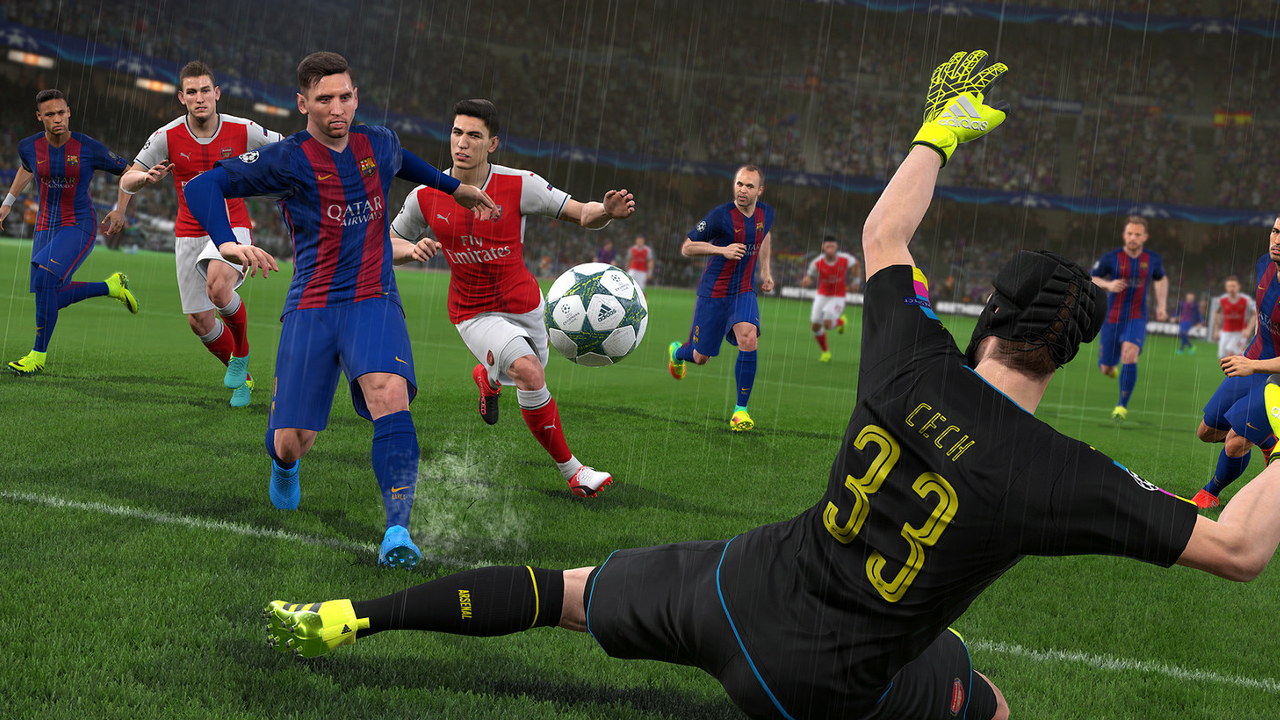 As an Alabama-born, New Jersey-raised child of the 1980’s, professional international soccer was a non-entity to me. In those pre-internet days, the only exposure a lower-middle-class, non-cable-having kid would have to “the beautiful game” had to come from national TV, local newspapers, or Sports Illustrated.

Which meant I got none.

A long-term confluence of events helped me discover its joy many years later, though. First was the 1994 World Cup, which took place in the USA for the first time and finally brought big-time football into my consciousness. Next – a decade later – young Team USA star goaltender Tim Howard joined up with Premier League side Everton, which led me to adopt them as my club. Seven years after that came a week-long work-related trip to England and Wales in 2013. I attended my first-ever Premier League match in person (West Bromwich Albion hosting Southampton) and enjoyed this immersion into the heart of soccer fandom; I peppered British co-workers all about the intricacies of international football and things I never fully grasped. Finally, I came to understand the decidedly non-American aspects of their sport like transfer windows, sponsorships, relegation/promotion, multiple competitions in a single season, and so forth.

In 2017, of course, international soccer is everywhere in the USA, I’m all over it. I watch the Premier League all weekend thanks to NBC Sports TV channels and mobile apps; I am as well-versed in my Everton club’s weekly exploits as I am with the NFL, MLB, NHL, and NBA teams I’ve followed since I was a kid. I regularly catch Champions League matches and even check out the MLS on occasion.

The most direct way that I have come to enjoy the sport, though, is the Master League mode in Pro Evolution Soccer 2017. While I’ve played dozens of soccer video games over the years, no one title has ever grabbed me like this one. The combination of beautifully smooth gameplay, intelligent player behavior, and – perhaps more underrated than anything else – simple nuances that help lead me through the complexities of buying, selling, and scouting players, PES 2017 has been at the top of my gameplay rotation since it came out.

There’s just no other game I’d rather play – because of moments just like this, which literally left the mouths of the fans watching agape.

PES 2017 has ruined me for most other games this season. I’ve been near the end of Titanfall 2’s campaign for a month, but I can’t pull myself away from PES to complete it. I’ve got the new Ratchet and Clank – a series I adore – sitting, waiting for me to unwrap it. But I can’t pull myself away from PES. If it weren’t for the fact I am in two online Madden 17 leagues, I’d never play football. And poor NBA 2K17 just sits and stares at me, thinking “You used to love me!”

PES 2017 rewards you the more you play it, especially if you do the right things. By no means do I use all of the intricate tricks or tactics during a game, but I have slowly become adept at building up the play, being patient with my passes, sending through balls and crosses to the right players at the right time, and otherwise letting the game come to me in a way that no other sports video game ever has.

What’s more, PES 2017 looks  like the real games that I watch on the weekend. It’s increased my enjoyment of the sport immensely, and that has in turn made me better at PES.

Longtime PES fans have many joyous tales of the Master League. PES’ take on the traditional career mode – you become the manager of a club and are given the keys to its success, so long as you meet the demands of the team’s Board of Directors – is not dramatically different in 2017 than, say, 2015 or even 2010. Its nuanced delivery, though, has captured me and will not let go. I am fascinated by the mechanics of evaluating my existing players, sending scouts out to find potential replacements, and mixing and matching lineups to find the perfect balance of speed, defense, and striking.

One of the most important aspects of running a Premier League side in PES’ Master League – I chose Everton, of course, who are as famous for their consistent mediocrity over the course of the past quarter century than anything else – is balancing the roster while competing in multiple competitions over the course of a year. You’ve got Premier League, FA Cup, and League Cup matches for starters. Players become exhausted if they play in all the matches, so you’re constantly juggling your lineup.

In my first season at the helm of Everton, I knew I had work to do. I’m no expert at finding good players, and while Everton has a few top-notch individuals, I went out and found a couple of high-quality players to sign – spending all of the money I had in the process. An important note – PES does not have many licensed clubs, leagues, or competitions, so I went to the amazing PESWorld and downloaded a bunch of user-created items to add that extra level of authenticity to my experience.

On Day 1 of the new campaign, at least one of those signings certainly seemed worth it.

When your first signing scores the first goal of first game of your first season #PES2017https://t.co/OkReWCNNry pic.twitter.com/mwtNwYx2qd

Even so, it took me some time to learn how to play well with my club. We wound up crashing out of the FA Cup in the first round too, an entirely unpleasant situation. However, it freed me up to concentrate solely on my Premier League plans. Over the course of the season, I learned the best lineups to play, then set about rebuilding the club with new players to finally get out of the dreaded middle of the table. This meant some uncomfortable choices, including selling several notable Everton players to amass cash to chase after bigger names. I decided to divest the club of anyone over 30 (with the exception of world class defenseman Leighton Baines) and searched the world for young, developing players with lots of upside.

I've built a powerful Everton squad in 2 transfer windows. 4 points back of Chelsea with 6 matches to go. #PS4share pic.twitter.com/dheRUUxLib

As the season wore on, I learned slowly but surely how to put all the new players together with the incumbents – and a number of special moments happened. It became a nightly pattern for me to be delighted by PES – and tweet the proof.

With just 4 matches left – and no other competitions vying for my players’ attention, I was in position to win the Premier League.

However, soccer can be a cruel mistress. My boys ran out of steam and ultimately succumbed to a better Chelsea side that just did not lose in the final month. Even so, I did manage a second-place finish, which opened up an invitation to the riches-laden Champions League. Knowing I would be making a lot of additional revenue, I went out and bought a whole bunch of new stars and sold off a few up-and-comers and veterans alike.

My new roster looked virtually nothing like it did just 18 virtual months prior.

So @_Just1MoreGame here is my ML club. Year 2, in Jan transfer window and $20m to spend. cc @ThatSportsGamer pic.twitter.com/QAoGOeCAe0

My Season 2 goals were lofty – I even considered a longshot goal of wining the Treble, capturing the Premier League title along with the FA Cup and the Champions League.  However, a Champions League victory on its own would be more than enough to be considered a smashing success.

Along the way, there were plenty of amazing moments.

However, it became evident that despite having a top-notch team, mistakes I had made in my Year 1 signings were coming back to haunt me. In that first campaign, I had not done a terrific job signing all the right kinds of players. Despite having high overall ratings, some of my guys – notably Sterling and Wilshire – were always playing out of position. I was simply not getting their best.

This mistake doomed by second Premier League season. Thanks to many more matches – I made it all the way through the FA Cup and ultimately won it (!) plus had tremendous success in the Champions League – I was not able to get nearly as strong performances in the day-to-day league matches. My players were growing stronger over the course of the year, and due to special perks that some of them earned, my crazy new Everton team always played well in the big games. But when it came to ordinary league games, the spirit wasn’t there. We finished a disappointing fifth.

On the last day of the season, however, I had a chance to do something I’d never done before. The aforementioned perks for big games meant that Everton cut a swath through the Champions League, surviving the Group Stage, knocking out Paris St. Germain handily in the Quarters, even overcoming mighty Barcelona in the Semifinals.

All that left was Atletico Madrid in the finals. Could an impossible dream come true? Could Everton win the Champions League?

After that thrilling match, the calendar turned to summer of 2018 and Season 3. Did I mention that PES also allows you to coach an international team in addition to your domestic duties?

As a red-blooded American, I had to jump at the chance to be hired by the United States as their manager early in my second season at the helm of Everton. While I didn’t pay too much attention to the American roster (filled with dozens of ordinary USA players in the 72-77 range up and down the line) I’d played a dozen international friendlies in between Everton matches.

To my delight, as June dawned the entire World Cup was laid out in front of me, starting with the Group Stage. The USA is set to battle Croatia, United Arab Emirates, and mighty Germany.

This obsession is just not going to stop, is it?