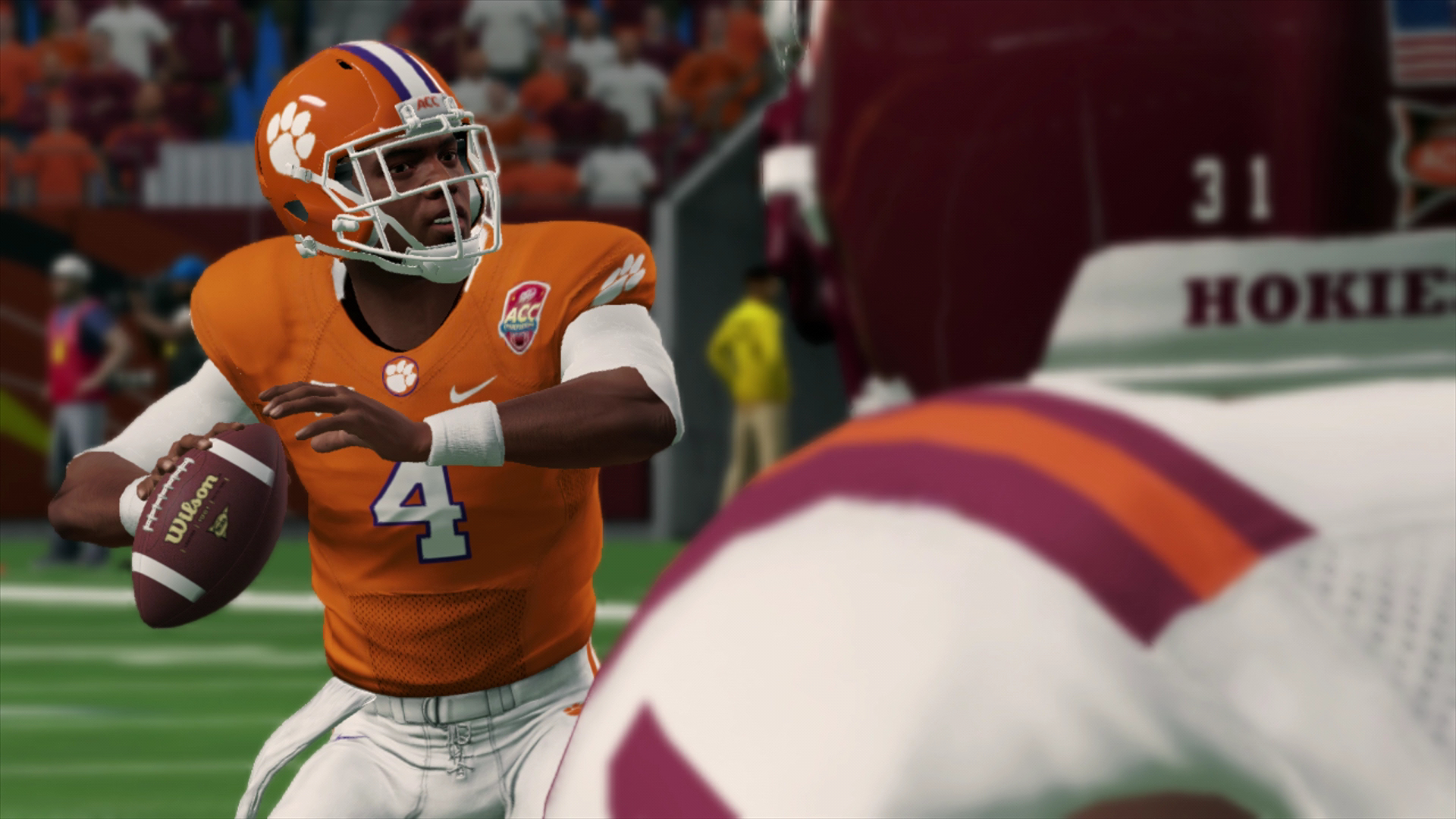 There has already been a great deal of debate over which teams should be included in this year’s College Football Playoff. Alabama is a lock at #1 but after that a bunch of teams could make a claim for having earned a spot in the tournament. Right now it’s Ohio State, Clemson, and Washington filling out the bracket. However the results from this weekend’s Conference Championship games will largely determine the final placement of teams that will have a shot at the championship.

How does NCAA Football 14 (with updated rosters) predict the games will play out? And with those results, what does it project for the CFP? 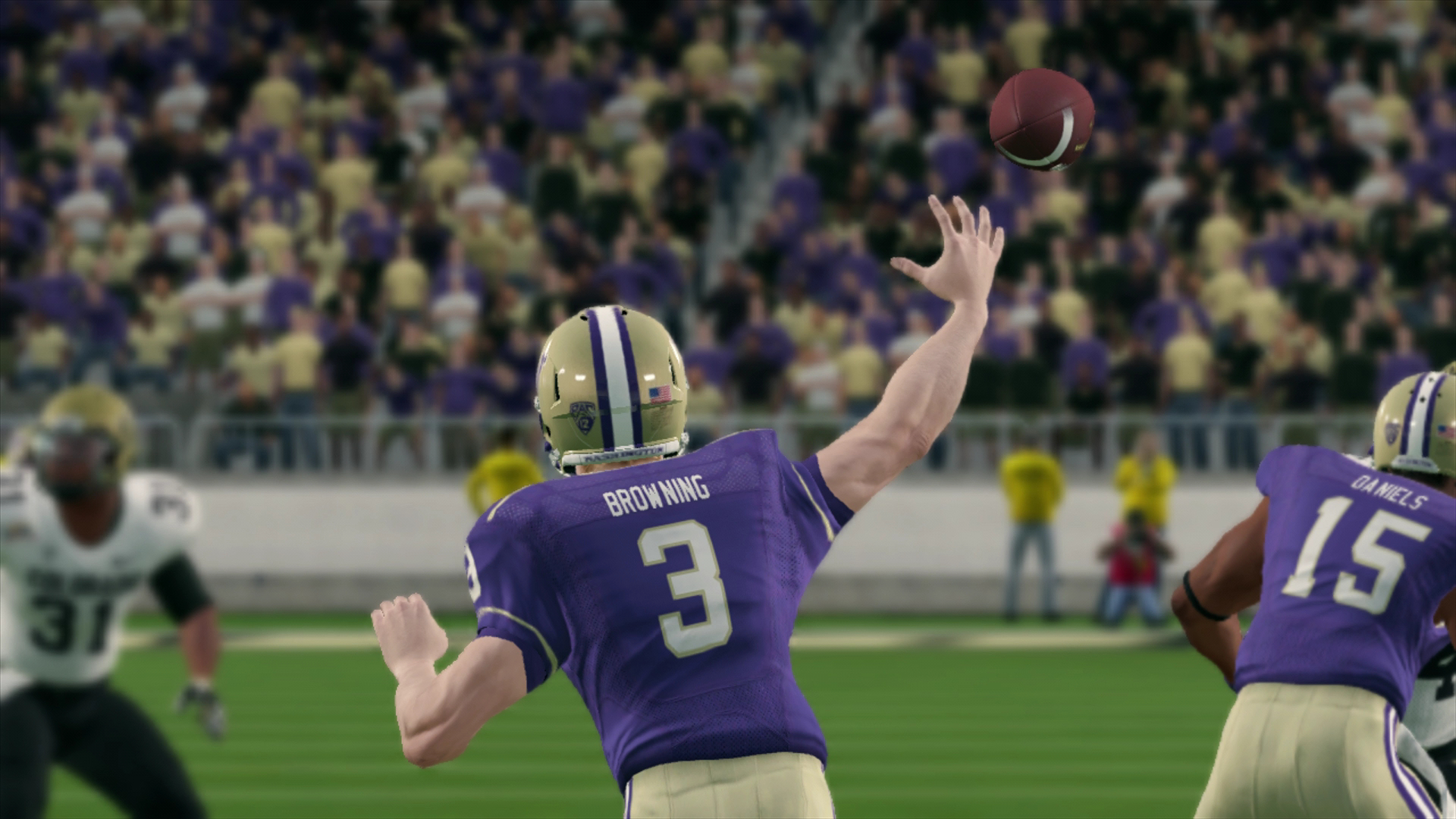 The Huskies currently hold the final spot in the CFP rankings and with a win would likely secure their place in the tournament, but the Buffaloes have surprised all season and look for the upset and with it a Rose Bowl birth.

It was a quick start for Washington. After forcing a three-and-out on the first series Jake Browning made a big throw down the middle of the field for a 51 yard TD to Chico McClatcher. The Huskies defense continued to suffocate Colorado’s offense. They would next cause a turnover on downs and force 5 total three-and-outs in the first half.

The Buffaloes finally sustained a drive late in the half and went 80 yards ending in a 7 yard TD. However the Huskies answered right back as Jake Browning hit John Ross for a 53 yard TD taking the game into the break at 17-7.

Washington would open the second half with a drive ending in a field goal and 20-7 lead. The Buffaloes would come back with a nice drive but it ended with another turnover on downs. This happened a lot in the game, as they’d find themselves near field goal range but not quite to it. Late in the quarter Colorado did put together a field goal drive to make it 20-10. Washington closed it out however with a TD early in the fourth on an 18 yard run from Lavon Coleman. 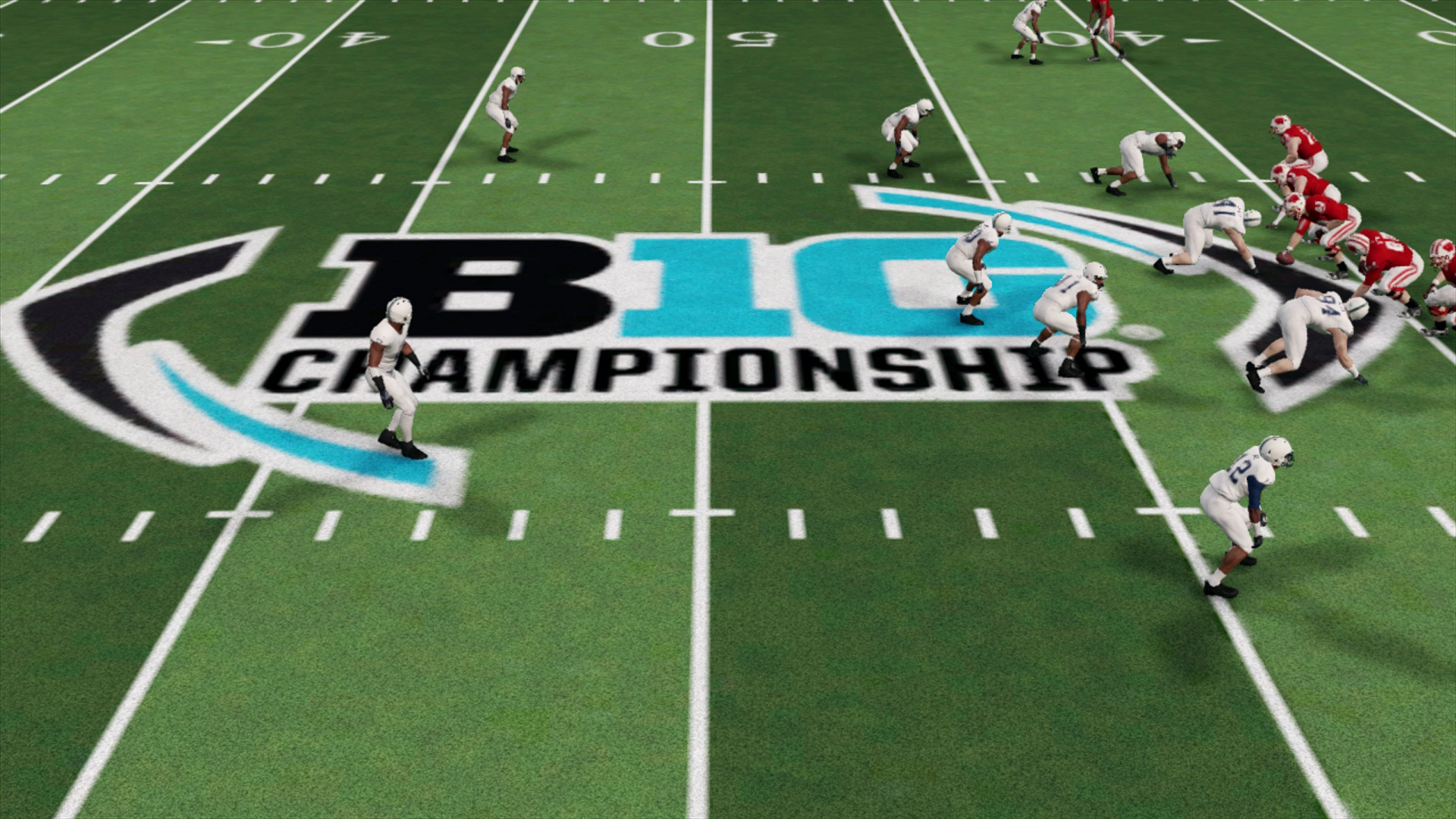 The eventual champion of the Big Ten will need help to make the CFP with Ohio State appearing likely to have a spot already and Michigan possibly even considered to be above both Penn State and Wisconsin regardless of the result.

After trading punts in the first quarter Penn State opened up the scoring with a 24 yard TD pass from Trace McSorley to Mike Gesicki. The ruling on the field was that he didn’t get a foot down before falling out of the end zone, however after taking a look at the replay the officials reversed the call and awarded the touchdown. Wisconsin answered with a 48 yard pass from Alex Hornibrook to Jazz Peavy to set up a 6 yard TD reception by Jake Fumagalli to tie things up.

It wasn’t until late in the second quarter that the teams would again trade scores. The Nittany Lions got into position for a 28 yard field goal, and then Wisconsin struck with a huge 84 yard catch and run for touchdown by George Rushing. A big interception by the Badgers’ D’Cota Dixon on a pass into the end zone secured their lead going into the half.

Defenses took control in the second half with Wisconsin the only team to score in the third quarter on a long field goal to make it 17-10. Penn State was able to drive into the red zone in the middle of the fourth quarter, and converted on a clutch 4th and 2 completion, which led to a 6 yard TD run by Saquon Barkley to tie it up.

After three consecutive punts Penn State took over on offense with just 1:30 remaining. McSorley connected with Chris Godwin for 46 yards to put them in field goal range. The 28 yard field goal as time expired gave the Nittany Lions the win and the conference title.

Clemson is looking to go to back-to-back playoffs as a double digit favorite while the Hokies hope to play the role of spoiler.

The Tigers faced no resistance on the opening drive as QB Deshaun Watson went a perfect 5/5 until stalling in the red zone and having to settle for a field goal. After forcing a punt Clemson would again drive down the field but this time Wayne Gallman would run it in from 11 yards out to take the 10-0 lead.

In the second quarter Virginia Tech was able to drive into Clemson territory but turned the ball over on downs. The Hokies were hanging in though, getting stops on defense, just failing to produce when they had the ball. After again forcing a punt they turned the ball over with an interception by Ryan Carter. Deshaun Watson led the Tigers down the field for a touchdown to make it 17-0 and it felt like right then the door had been closed on a potential upset. The floodgates opened after that and Clemson didn’t let up.

Should these results occur, with the top teams holding serve, here is what NCAA Football is projecting for the CFP: