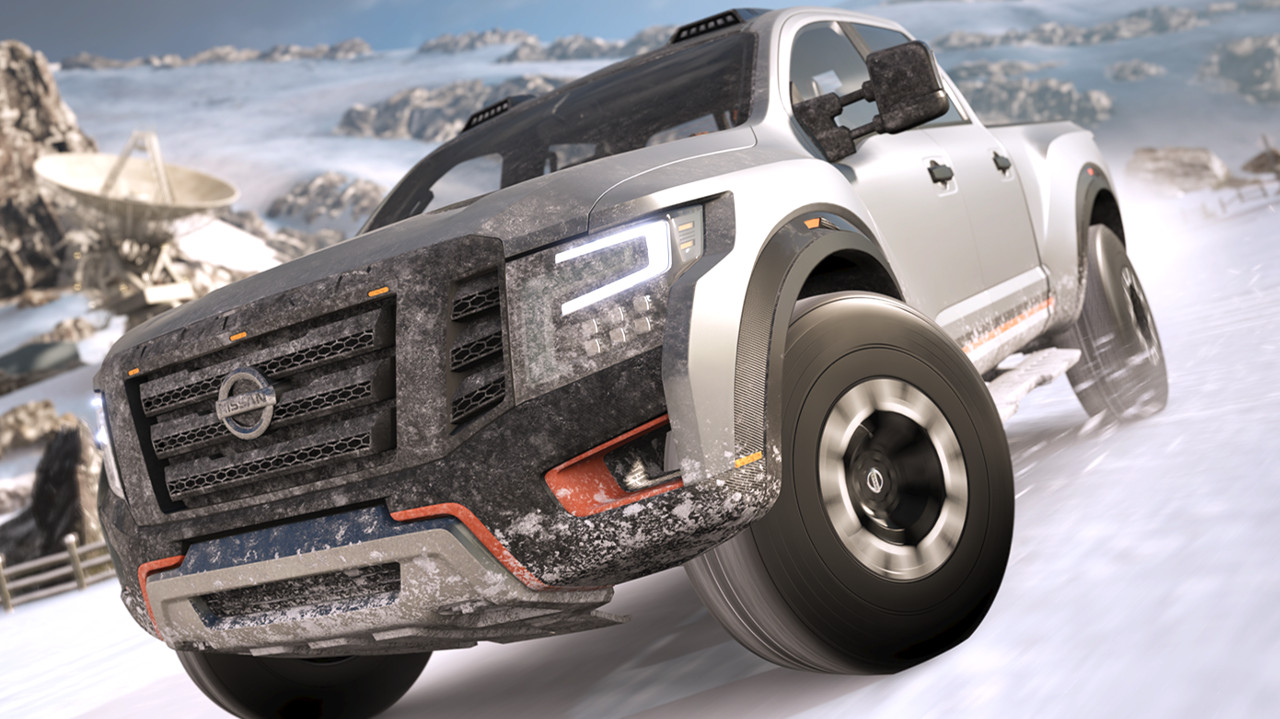 Setting Forza Horizon 4 in Japan would be perfect

According to reports from Team VVV box art on a Microsoft executive’s twitter banner suggests that Forza Horizon 4 will be set in Japan. After their success portraying Australia in Forza Horizon 3, the prospect of an open world racing game in the land of the rising sun is an exciting one.

The rumour is thrilling and oddly vindicating for me.  Prior to FH3’s announcement, I laid out the case on the Press Row Podcast more than two years ago for taking the horizon festival to Japan.  I’m certainly not the only person who has clamored for Horizon in Japan and there are many reasons why it makes sense.

As much as this news is just a rumour, let’s have some fun and consider why Japan would be perfect for FH4.

Japan’s car culture is long and storied.  Its history of manufacturing sits alongside the United States and Europe.  Toyota, Nissan, Mitsubishi, Subaru and Honda are giants of the car world that revolutionised daily drives and racing in just about all categories.

When thinking about Japan’s car culture the iconography is informed by Initial D, highway drag racing through neon dreamscapes and even Tokyo drift.  But it is deeper than that.  Japan’s car culture is tuning and Suzuka, Fuji, hill-climbs and monstrous touring cars racing at the twin-rings of Montegi.

Variety in terrain and locations

Japan is small but it is also geographically diverse.  There are snow-capped mountains, forests, coastal plains and massive cities.  Surprisingly, much of the country is rural.   In FH4 I think you’ll still be blasting through fields and finding barns.

The terrain of Japan also lends itself to expanding on the alpine conditions seen in the Blizzard Mountain expansion of FH3.  Sure Australia does have its alps but the Japanese setting is more apt to have ever-changing winter conditions and an expanded set of hill-climb and hill-descent events.

The potential of FH4 in Japan’s mega-cities is perhaps most exciting.  FH3’s representation of the Gold Coast was great.  I still get nostalgic driving through their depiction of Surfers Paradise and it certainly captured the feeling of places like Main Beach where the high and low-rise housing blends gradually into suburbia.  In FH4, I expect Playground to take it up a notch.  I want the opening of Akira, I want neon-jungle, Ghost in the Shell.  I want concrete highways, massive pedestrian crossways and skyscrapers that reach into the clouds. I want the distinctiveness of Shibiya, Shinjiku and Chiyoda. I want density and detail that hasn’t been possible in open world racers to date. With the graphical prowess of FH3 imagine the possibilities now. 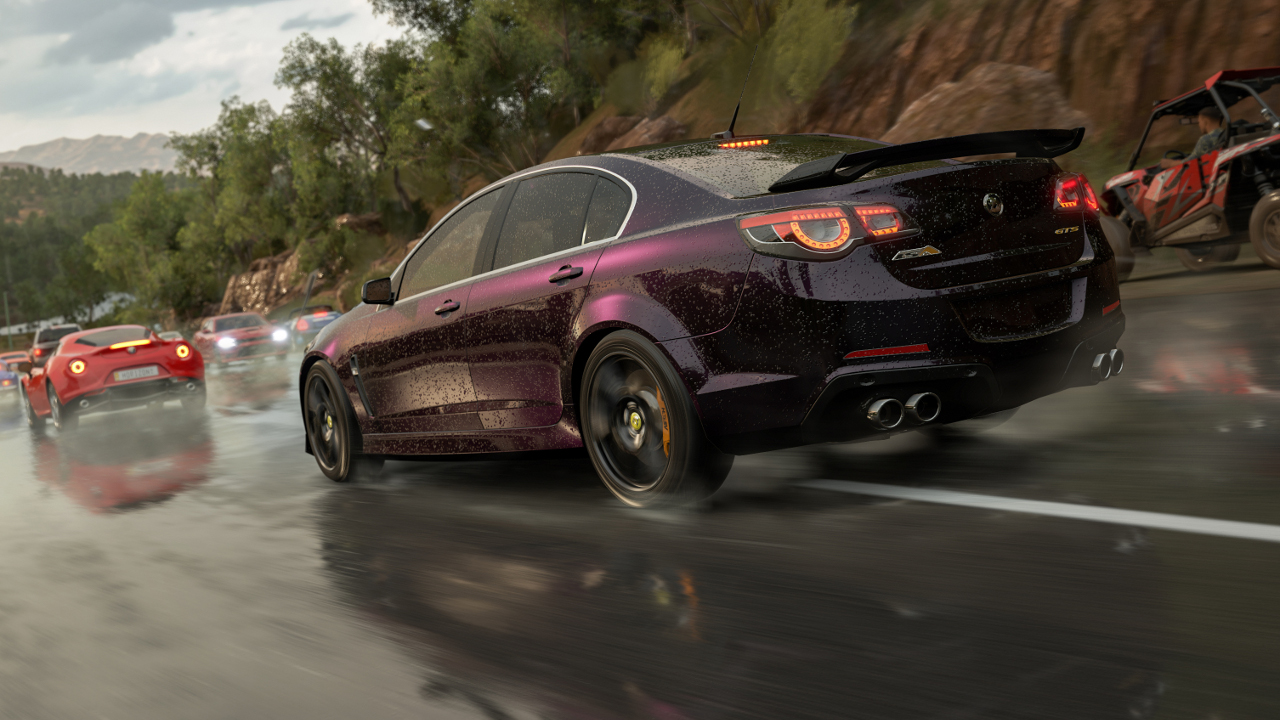 FH3 put you in charge of the Horizon festival.  It was a nice idea that gave a sense of progression in what could have been an overwhelming open-world.  With FH4 it is entirely possible that this story will be continued with the circus of the festival moving to Japan.

I hope that they find an another story conceit.   As cool as it was running the festival, it wasn’t grounded that the bloke running the festival was the star of the show and winning all the races.  Sure, you need to suspend belief in an arcade racer that allows you to drive a Lamborghini Centenario on the beach but the real-world racing fan in me couldn’t shake the feeling that actual hidden premise of FH3 was a dark story of an elaborately staged racing festival designed to ensure that the boss would never lose.

I’d be happy to return to being just a racer.  Perhaps a fish out of water story where the story of Japanese car culture can be explored.

The Japanese location and potential focus on cars allows for some different events as well.  Drifting competitions, including one-on-one drifting battles seem like a must (hopefully with an option for a more forgiving drifting mechanics or hardcore settings).  Hill climbs and light to light drag races could also be interesting editions.  I’d also like to see more realistic rally courses in addition to the rally raid style that we’ve seen in earlier games.  As much as I love bouncing through vineyards in a trophy truck, if you are going to showcase Celicas, Lancers and WRXs not having genuine rally events would be a missed opportunity.

Showcase events are the great showpiece of Horizon.  Yes, they are just glorified and possibly scripted time trials but they are also tremendously cool.  There should have been more of them in FH3 and again the Japanese setting introduces so interesting possibilities.  To start with it seems inevitable that you’ll race the shinkansen (bullet train) at some point but drones, powerboats, hovercraft and even gundams could be possible.

When I originally appealed for a Japanese Horizon it was with bikes in mind.  I’ve written previously about the problems of bikes in racing games and that their video game translation rarely seems right.

Playground I think has the pedigree and the budget to make bikes work.  It can be done. Project Gotham 4 was maligned (I think unfairly) but it got bikes vs cars right in a way that no other racing title I’ve played has.

Bikes are an essential part of automotive culture in Japan in a way that they simply are not in Europe or the US.  Honda and to a lesser extent Suzuki are leaders on both two and four wheels and Yamaha’s legacy is as grand as most.  If you are going to do bikes, it makes sense in Japan.

The horizon series’ setting in an automotive / musical festival has played a bigger role in each of the games.  The festival provides much of the game’s character and personality.  The chatter of DJs referencing festival goings on and bright hubs with their music stages and amusement rides grounds the game and gives it a sense of place.

The festival in Japan could be brighter and bigger.  It could also be uniquely Japanese.  I’m hoping for Japanese DJs spinning J-Pop, bizarre cartoon mascots and electronic billboards.

With the each edition of Horizon, the chosen location has been better realized. FH4 has the potential to capture everything that is unique about Japanese car culture.  Digital Japan deserves to have the horizon festival and Horizon deserves the awesome canvas that the setting provides.