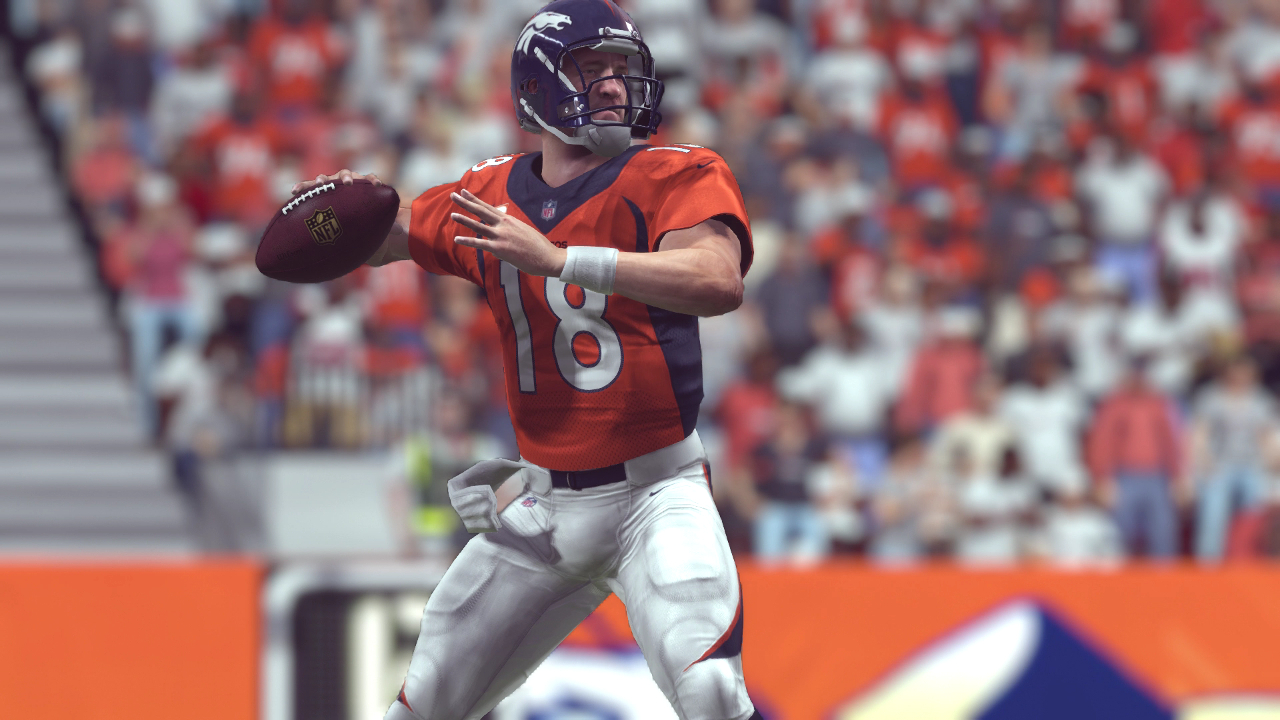 The best players to go unchosen in our Madden fantasy draft

Earlier we took a look at the eight rosters of teams that were fantasy drafted with Madden NFL 16 in mind. There were plenty of interesting choices and strategies employed throughout the draft.

But what about the players who were left out? Who were the individuals that were rated highest in the remaining pool, and what caused them to be skipped over?

For the most part it comes down to age combined with the strength of the depth at each position. Let’s take a look at the biggest names that no one chose to make their team.

The highest rated player by far left on the board was Manning at 92 Overall. This was due in part to only 16 quarterbacks being needed, but his make-up had just as much to do with being passed over as anything else.

At 39 years old he wouldn’t make any sense to acquire for a franchise. His lack of mobility, speed, and agility make him a sitting duck in the pocket, and he doesn’t have the arm strength to make up for it. Good short and medium accuracy, and exceptional awareness, could not make up for his shortcomings.

The most surprising omission from the draft may actually be Forsett. He is well-suited to be a change-of-pace and 3rd down back but eight others were chosen for that role instead of him, behind the eight starters that were initially taken.

His 87 Overall rating is three points higher than any other running back left over. He’s a good receiver, good pass blocker, and has high agility. The problem for Forsett in being well-rounded is that there are others who simply excel in particular areas more than he does. The GMs placed greater importance on those particular skills.

All four of these receivers are rated 86 Overall but have something in common – they’re in their 30’s. Not only does this mean they’re approaching the end of their careers but speed and acceleration are greatly affected. 83-84 Speed and 84-87 Acceleration is just not going to excite a GM building a team for Madden 16.

Of the group, Vincent Jackson was the most draftable, with the highest Spectacular Catch, Jumping, Catching, and Release ratings.

Another player that has crossed over into his 30’s, Davis was a premier tight end in Madden from 2009-2013. He is not that any longer. He’s lost a lot of athleticism that made him so difficult to cover.

Though he has a solid 84 Overall rating, Davis has low Catching and Route Running ratings, along with Speed and Acceleration ratings that no longer help him stand out from the crowd.

There’s nothing specifically wrong with either as they have good Strength and Power Moves. They just didn’t excel quite as much in specific categories, or offer the balance between pass rush and run defending that others did.

This might be another one that would be considered surprising standing alone as the highest middle linebacker remaining at 88 Overall.

Johnson is good in coverage and has good Pursuit and Tackle ratings. He even has the “Clutch Trait”. The GMs seemed to prioritize pass rush skills instead.

Speed played a role in these three not getting taken despite an Overall Rating of 88. Low-mid 70’s in Speed was not going to get anyone excited. Additionally they carry low Block Shedding ratings, which makes them less effective in stopping the run and getting to the QB.

Age comes into play here (Dawson is 40 and Vinatieri 42) but it’s mostly about the Kick Power rating. That was the only rating that mattered to the GMs in selecting kickers and punters. Despite being 91 and 90 Overall, these two only had decent Kick Power so they were passed over.