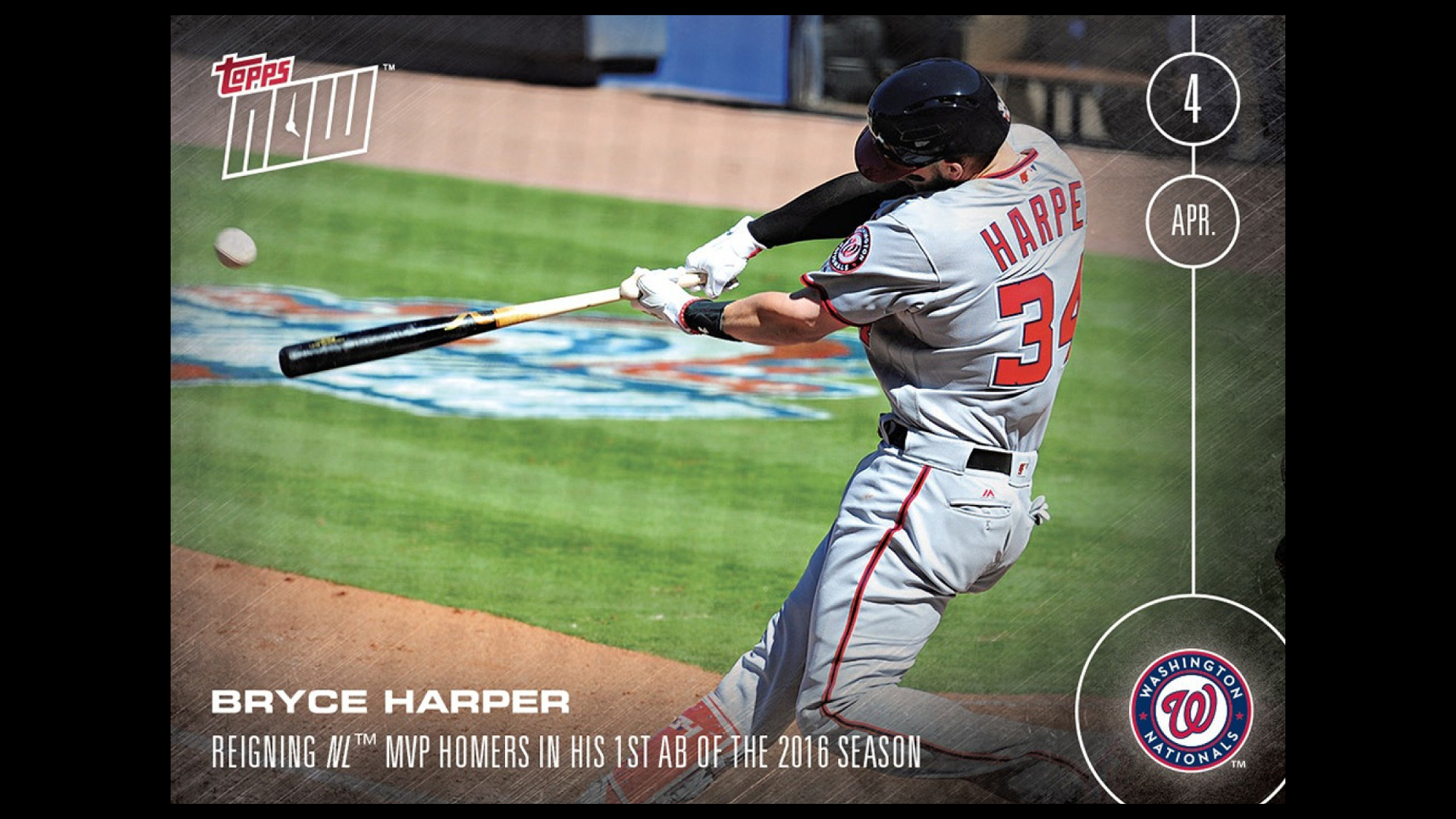 Digital cards have long played a part in video games like Madden, NBA 2K, and MLB The Show where gamers can fill virtual rosters with their favorite players in their respective team-building modes. Digital card collecting may have transcended its video game roots this year however, with Topps and Panini both having developed new apps for collectors.

Topps introduced ‘Topps Now’ in early April to coincide with the start of the 2016 MLB season. These physical cards commemorate the previous night’s highlights with cards that are only available to order in the 24 hours after the game. Once they’re gone, they’re gone. ‘Topps Now’ combines the physical memento with the immediate gratification of a digital one and bridges the gap between the two in the process. The cards cost $9.99 each (larger quantities are cheaper per card) with free shipping within the contiguous U.S.

AMC’s much anticipated adaptation of the popular ‘Preacher’ comic book series launched last month and, with it, Topps Now unveiled its first entertainment set: physical cards commemorating each episode of the new show. Each set of cards – they’re sold in groups of four – are only available to order 24 hours after the episode first airs on AMC.

On to Panini which rolled out its ‘Gridiron’ app and digital set in late April to coincide with the 2016 NFL Draft in Chicago. The ‘Gridiron’ app featured the first cards of many of the NFL’s top prospects including #1 pick Jared Goff just days after they were drafted. These card designs may be familiar to long-time collectors but fans got to see them first through the new app. ‘Gridiron’ is Panini’s second digital service joining ‘Panini Dunk’ from the start of the 2015-16 NBA season.

Panini is also launching new Topps Now-like physical cards for the Euro 2016 and Copa America soccer tournaments this summer – first of their kind collectibles for fans of the beautiful game.

Digital-only apps and digital-to-physical cards are here to stay. The industry has grown immensely in the last calendar year and will likely continue to do so as fans seek immediate collectibles for games as they happen. The lines between physical and digital continue to blur and sports fans will find they have more choices than ever before.