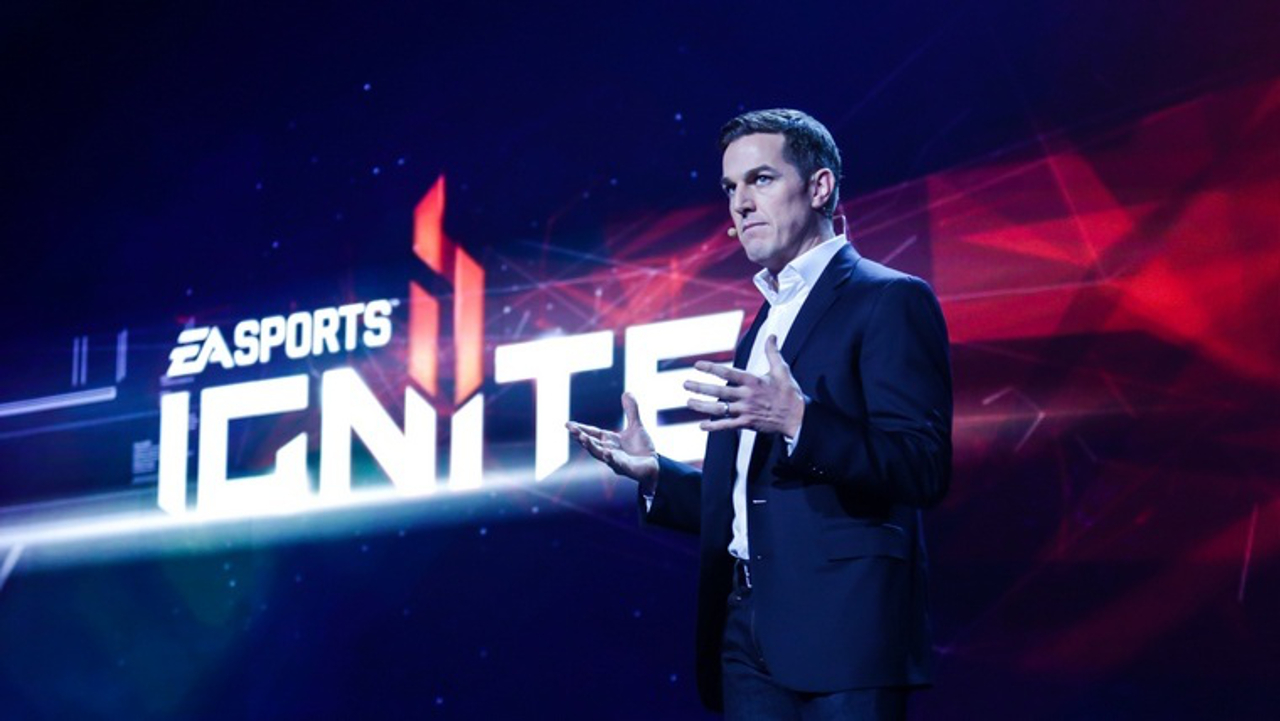 E3 is a beautiful mess. The massive, cacophonous Electronic Entertainment Expo video game conference takes over downtown Los Angeles for a few days every June, bringing fans, developers, and business people together to generate hype and hash out deals.

Major video game publishers put on high-tech press conferences and power grid-destroying booths at the Los Angeles Convention Center. Games coming out in the near and distant future are promoted on giant screens and behind-the-scenes demonstrations, while fans jam into small hot spaces to wait in line for hours to get glimpses of where their favorite games are heading. E3 is the Super Bowl of the industry, with all the hype, hoopla, and hyperbole that comes with it.

Sports game fans have come to expect quite a lot at E3. Unlike some titles, announced here as mere concepts that may (or may not) come together years from now, the major sports franchises like Madden, FIFA, and NBA 2K are being delivered 90-ish days from the show. In video game time, that’s tomorrow. Many of the sports publishers use E3 press conferences to set the tone and theme for the upcoming season.

So, what should we expect from this year’s edition?

Well, to get there, let’s look at some key sports-themed E3 moments from the past.

It seems like a couple of centuries ago, but in the early days of the PS2 and original Xbox – among the first game consoles that had legitimate offerings to connect people with competition over the internet instead of on their couch – EA Sports did not support their hugely popular sports games on Microsoft’s Xbox Live network. If you wanted to play your buddy across town or the country in Madden or NHL, you had to do it on Sony’s PS2. Once Microsoft and EA came to an agreement, it had multiple effects. Not only did it usher in expectations of online sports play on any console, it also killed off an entire Microsoft-built suite of sports games – the first significant decrease in the quantity of sports games that continues to date.

When I attended E3 in 2005, I was far from the only one blown away by EA’s Madden trailer on the coming-soon PS3 and Xbox 360. It swept up the industry in a way that was at first positive but ultimately reviled; to this day, the completely-imagined Madden next-gen experience remains a constant reminder that any and all E3 visuals need to be tempered. Even if you argue that it was simply a conceptual vision of an aspirational goal – and never presented as as in-game footage – it is not remembered fondly. By anyone.

As online multiplayer began to dominate console game experiences, fans clamored to play in internet leagues with their friends that delivered a full “franchise” type experience running multiple seasons with free agency and the Draft. In 2009, the Madden team debuted Online Franchise, which – for some of us, anyway – injected some new life into an established franchise. Its name has changed from Online Franchise to Connected Careers to Connected Franchise, yet has maintained its status to date as the industry leader by far. Love Madden or not, there’s no denying that its support of online franchise modes is impressive – and vital to its core fans.

Filed under “Everyone loves innovation, but some things don’t need to change, Part 1”, we have the at-his-near-prime Kobe Bryant sauntering on stage to “play” the upcoming NBA 2K game – gasp! – not with a traditional controller but with the PlayStation Move wands. These motion-sensing controllers came out after Nintendo’s Wii took the world by storm with its waggle-and-wave based bowling and tennis games. Naturally, Sony (and Microsoft) introduced their own versions of motion-based play with varying degrees of success. Ultimately, NBA 2K’s attempt (called “NBA On The Move”) was well-intentioned – witness Kobe’s heartfelt attempt to play with thousands of people watching live – but short-lived. Turns out playing virtual hoops with a regular old button-based controller remains the best way. Ever.

One of the bigger sports-themed surprises ever at E3 was the revelation that former rivals UFC and Electronic Arts would be partnering to deliver an Ultimate Fighting Championship-licensed next-generation game. EA had produced mixed martial arts titles in the past, with varying degrees of success, while the now-defunct THQ delivered official UFC games. As with many big-time sports games, the console market has now shrunk from multiple MMA games to one, last year’s EA debut on PS4 and Xbox One. While it was met with mixed results, the development team has significantly improved the core game and stuffed the title with a lot of free content; we like to use it around here to simulate upcoming events.

Filed under “Everyone loves innovation, but some things don’t need to change, Part 2”, we have Joe Montana yelling very NFL-quarterback-at-the-line style at an Xbox 360’s Kinect peripheral. As Joe sidles up to the the game, he hollers adjustments to the line, calls hot routes, then the snap (eventually) as someone probably clicks the right buttons just off to the right of the stage. The slight delay between barks and on-field action is noticeable and awkward, but not as uncomfortable as the notion of waking your wife-girlfriend-child-dog in the middle of the night as you scream at your Xbox Kinect-powered wide receiver to run a slant instead of a streak.

The lengthy Xbox 360/PS3 era had fans starving for new consoles in 2013, and EA seized on that hunger by touting the Ignite Engine. Andrew Wilson, at the time the head of EA Sports and now the CEO of the entire company, promised that Ignite would deliver Human Intelligence, True Player Motion, and Living Worlds across all of their sports games. Fans could expect major leaps forward because Ignite would remove many current constraints on developers, letting them concentrate on the details they’d never previously been able to address. While there’s no doubt that the next generation of consoles has been good for most EA games – Madden and FIFA in particular – two years removed from this press conference, Ignite has faded into the marketing background.

What to expect this year

You can guarantee that EA’s flagship FIFA, Madden, and NHL titles will be on full display. The marketing rhetoric has been noticeably more relaxed the past year or so – the focus has rightfully been on more nuanced core gameplay improvements than bold pronouncements of the earth-shaking variety – so it will be particularly interesting to see the tone set on EA’s big stage. Will Madden tout an all-new player interactions or control? Will FIFA introduce a new mode? Will NHL win back its fans with a more robust offering?

It’s also likely that EA will be touting their rebooted golf franchise, Rory McIlroy PGA Tour. With its debut just a month after E3 closes, this is the best chance to generate excitement for a game that faces more competition than any other sports game thanks to the superb Golf Club and Powerstar Golf. Most interestingly, EA’s NBA Live will be back on the show floor after a noticeable absence last year. Live is in the most precarious situation of any big-time sports franchise, fighting an uphill battle against a superior competitor as well as a crowded marketplace. 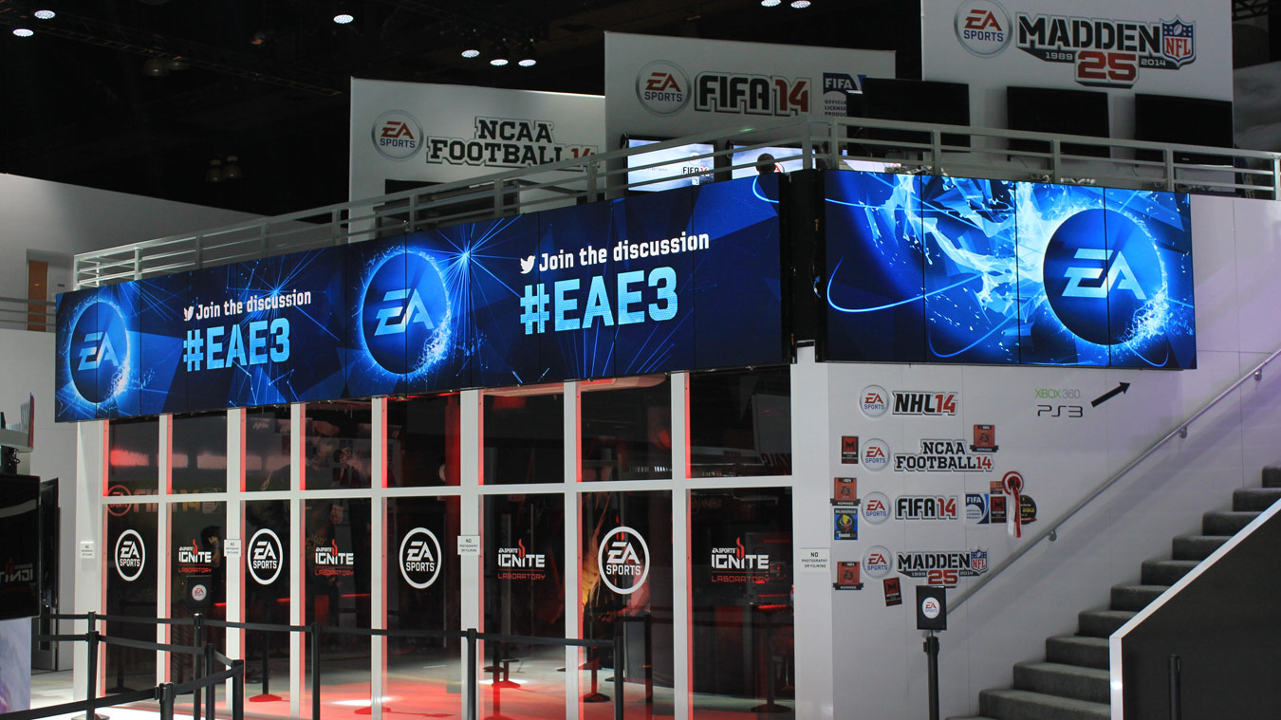 Companies not named EA also have much to showcase. Konami entered the current generation of console games last year with the superb Pro Evolution 2015, and the company’s ongoing shift from traditional console gaming to mobile and casino offerings has fans of the series concerned. Konami has promised that its follow-up will not only exist, but that it will continue to be built out and supported. Meanwhile, Take-Two often chooses to keep its NBA 2K and WWE 2K franchises absent from E3. Will they be present in any capacity? Do they even need to be, considering their near-stranglehold on the market for their respective genre?

What many people are hoping for, of course, is a big surprise announcement or two. Will the long-rumored Joe Montana football game make an appearance, and if so, what exactly will it be? Is it possible that a new Major League Baseball game will emerge for the Xbox platform? Could a new boxing game be in the cards? What about formerly popular and now-forgotten sports like tennis or volleyball?

The chances of eye-popping announcements are small, but the messages delivered about sports games from E3 this year will have real meaning. With this year’s titles being the first that have received a full development cycle – and coupled with two years of learning how to make games on the PS4 and Xbox One – the ingredients are there for some terrific editions of our favorite games.