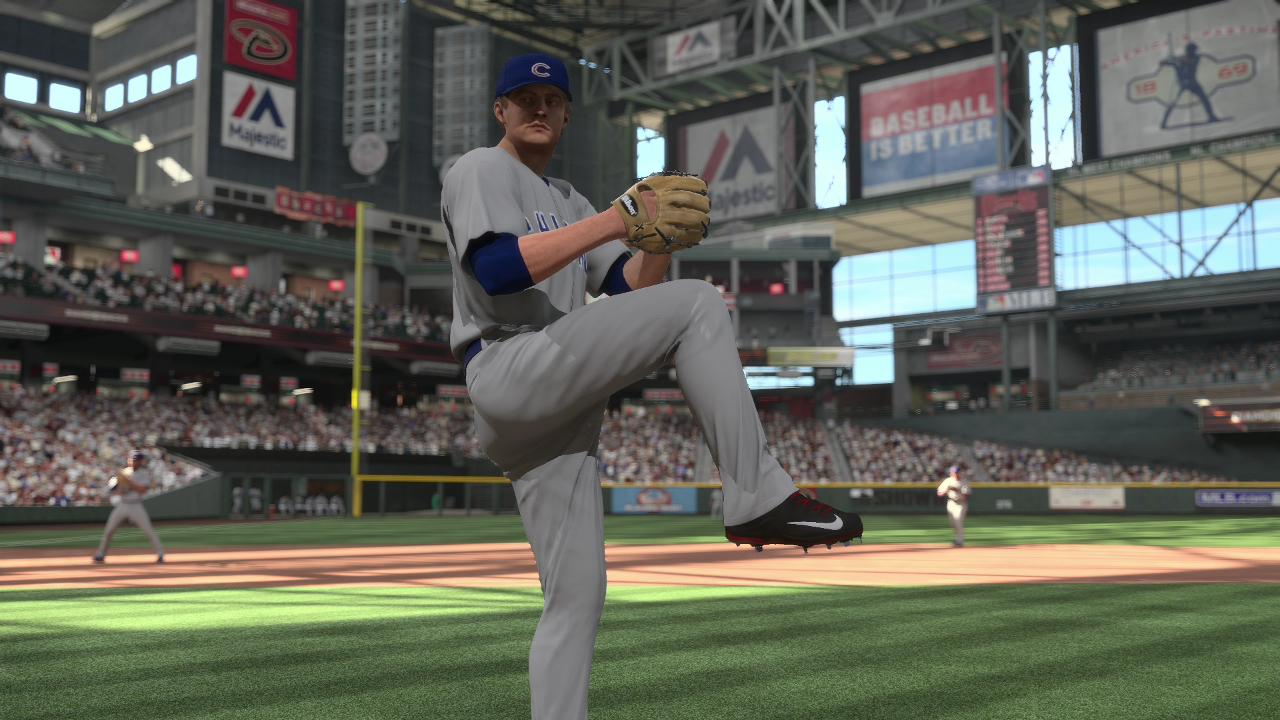 The Show and OOTP break down the Cubs-Mariners trade

A second deal of reasonable impact following the All-Star break went down today between the Chicago Cubs and Seattle Mariners. Lefty pitcher Mike Montgomery is on his way to the Cubs in exchange for minor league first baseman Dan Vogelbach.

Mike Montgomery is a former first round pick of the Kansas City Royals but made his debut with the Mariners last season. He stormed onto the scene turning in back-to-back complete game shutouts in his first month in the big leagues. Later in the season he would come back down to earth (finishing the campaign with a 4.60 ERA) and began this season as a reliever and occasional spot-starter to great success with a current 2.34 ERA and 1.09 WHIP in 61 innings.

He could be a critical piece to the Cubs pen in the postseason and at more reasonable cost than what they would’ve had to give up for Andrew Miller. He also comes with a huge five years left of club control meaning he’ll be around for a long time.

The Mariners are hoping to get their first baseman of the future in Vogelbach who’s one of the top rated prospects at the position. The 23-year-old is tearing it up in his first year of AAA ball hitting .318 with 16 HR and 64 RBI. He had nowhere to go in the Cubs organization with Anthony Rizzo ahead of him. For Seattle both Adam Lind and Dae-Ho Lee are set to be free agents after this season. Vogelbach’s ratings above come from the recently released user-created OSFM midseason roster. Since he has yet to make his Major League debut he can not be included in any official roster for The Show.

Two other minor league pitchers are involved in the deal. AAA starter Jordan Pries is headed to Chicago and AA starter Paul Blackburn goes to the Mariners. 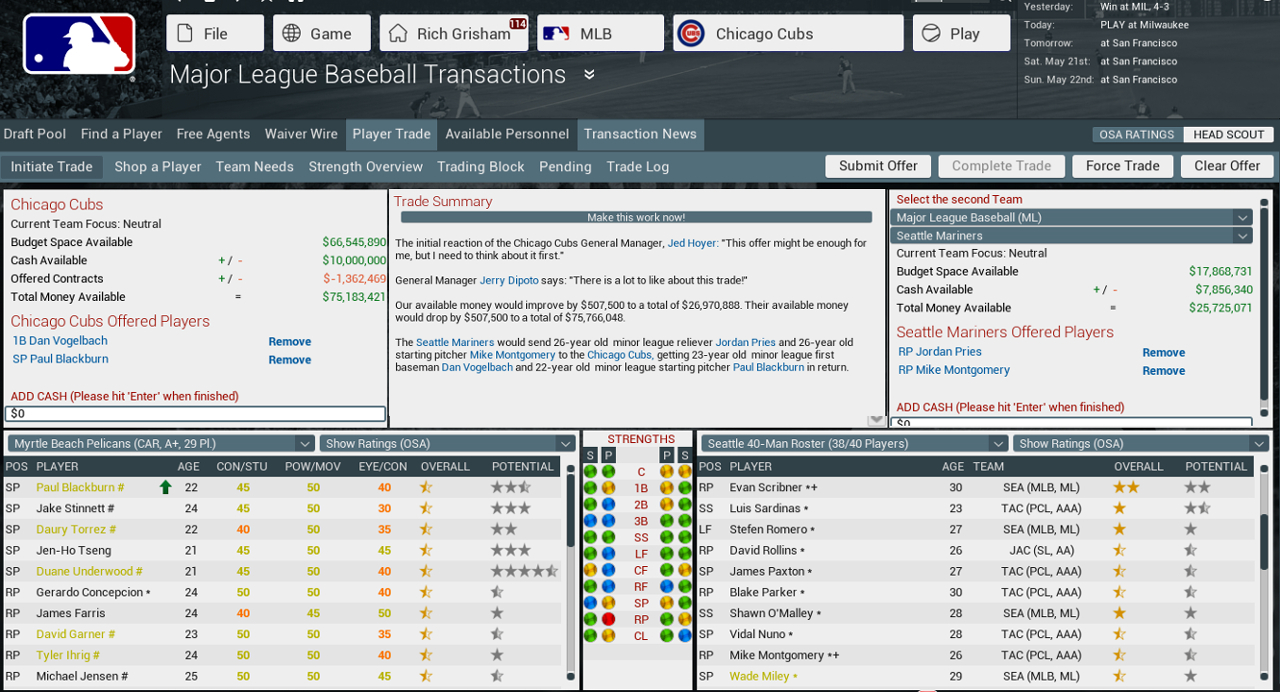 The trade works well for both teams in the video games. The GMs in OOTP both agree to the deal, with the Cubs likely looking at the short-term gain and the Mariners more with a long-term view, but neither having to make any costly sacrifices to get what they’re seeking. It’ll be a while before we find out whether it was a good move for the real-life Cubs and Mariners however.