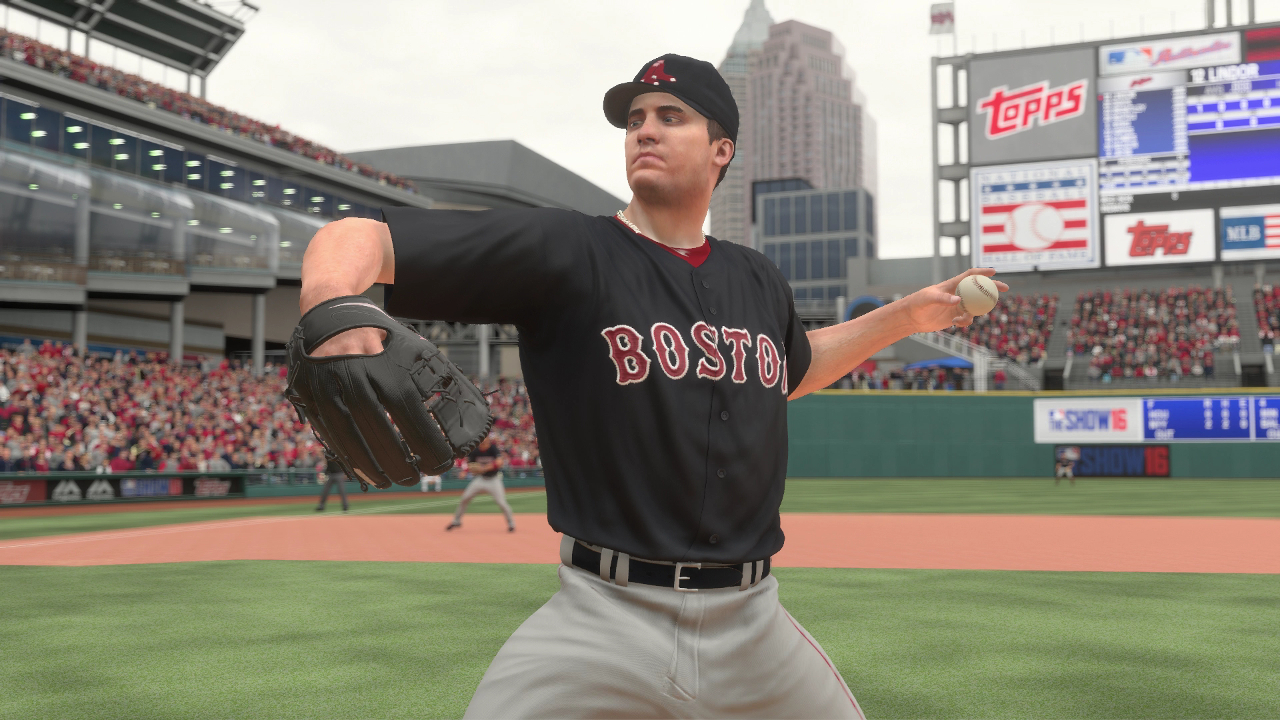 The Show and OOTP break down the Drew Pomeranz trade

Obviously the team benefiting right now is the Red Sox. They’re getting a guy who this season has a 2.47 ERA, 1.06 WHIP, and career-high strikeout numbers. The concerns however are that he’s already gone through more innings this season than he’s ever thrown for a single season in his career and that he’ll be moving from an NL pitchers park to an AL hitters park. Pomeranz won’t just be a rental as the Red Sox will have control over him for two more years following this one.

Espinoza is a hard-throwing 18 year old and believed to have top-of-the-rotation potential. It’s going to be a number of years however until he’s ready to break into the majors. According to MLB.com he’s currently rated as the #34 prospect in all of baseball. Espinoza’s ratings above come from the just released user-created OSFM midseason roster. Since he has yet to make his Major League debut he can not be included in any official roster for The Show. 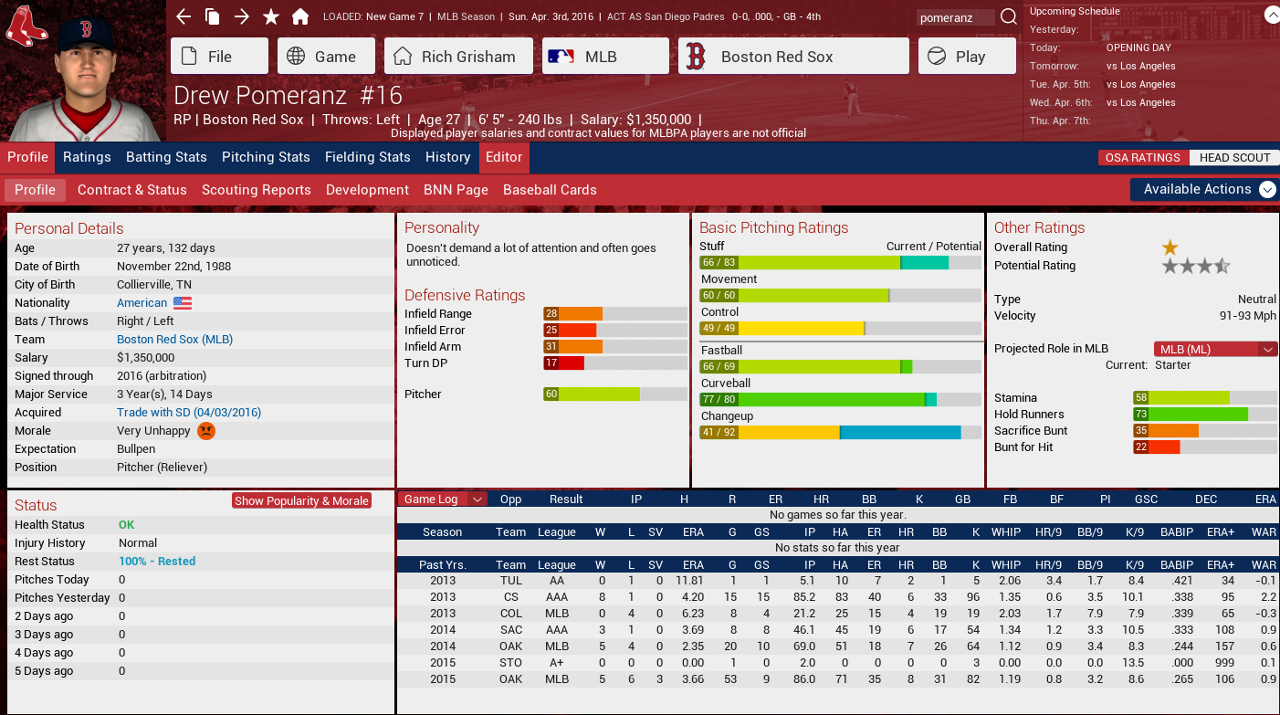 Over in Out of the Park Baseball 17 the Red Sox and Padres must know something that we don’t, as neither of their AI General Managers wanted to pull the trigger on the trade that their real-world counterparts just did. The Red Sox did not want to part ways with their prized 18-year old, and the Padres did not want to give up on their proven big league starter shortly after acquiring him over last offseason. 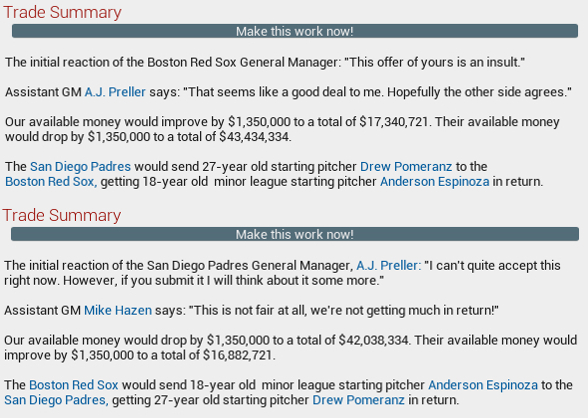 The winner at least for the near-term looks to be San Diego who gets a top-tier potential pitcher and known commodity while giving up a still-young talent that’s questionable will ever reach such a ceiling. Yes, Pomeranz was a high pick (5th overall in 2010) and has put up some excellent numbers this year. However he has only had any real success in pitcher-friendly Petco Park and Fenway does not seem like the ideal destination for him.