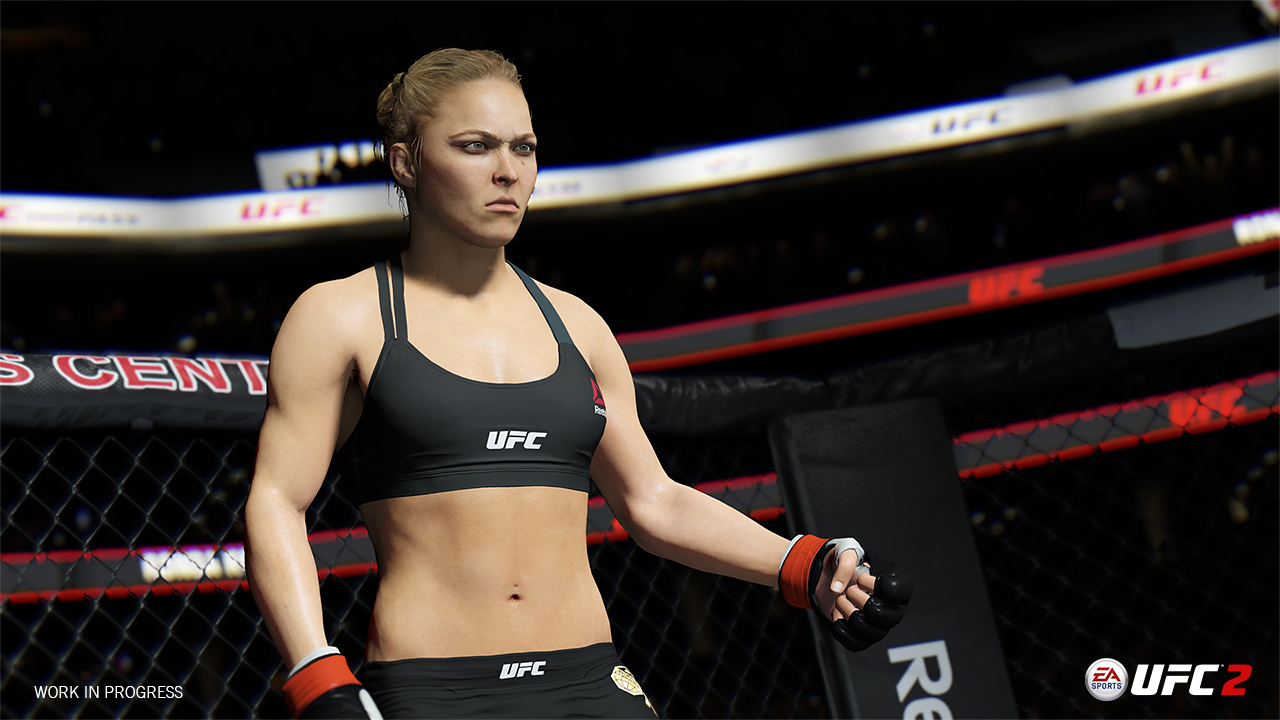 Was the choice of Ronda Rousey to represent EA Sports UFC 2 ill-advised?

The hype train for Ronda Rousey came to a crashing halt after being dominated by Holly Holm at UFC 193. Rousey’s marketing value will likely never reach the heights it was pre-Holm. It certainly won’t recover in the next few months and that is bad news for EA Sports, who happened to announce her as the cover athlete for EA Sports UFC 2 on Friday.

Last week I got together with Rich to discuss the difficult situation facing publishers who have to deal with the dilemma of handling players in sports games who have committed misdeeds in the real world. There are many people out there – fans, game players, and parents – who would like some form of punitive action taken. It’s an easy statement to make, but who determines what that action is, when to enact such changes, and whether in-place licensing agreements even allow such things means there’s no simple solution.

My personal opinion is that if a player is on the team’s active roster, they should remain in the game. That doesn’t mean they should be celebrated, though. For example, EA Sports could stop increasing ratings for the likes of Greg Hardy, and don’t include him in secondary modes like Ultimate Team and Draft Champions.

Oh, and stop putting people with questionable character on the cover of their games.

Only a matter of days had to pass before another arguably objectionable decision was made, when Rousey was announced proudly by Electronic Arts to be the cover athlete for UFC 2.

From multiple standpoints – professional fighting capability, awareness level, and marketing potential – Rousey was the obvious choice for the cover. She had crushed all competition in the octagon and her reach still extends into the entertainment industry due to her big screen presence.

Yet, it’s not always that simple.

Rousey is no Hardy, but she has been a part of controversies nonetheless. Recently she went into detail in her autobiography on how she assaulted an ex-boyfriend. That has led to talk about double-standards when considering domestic violence.

She has been an outspoken critic of Floyd Mayweather due to his past filled with domestic abuse incidents, but has since started dating UFC fighter Travis Browne, who has been accused of beating up his now ex-girlfriend.

Two years ago Rousey insensitively tweeted about Sandy Hook, suggesting that the tragedy was a “false flag” operation.

EA Sports and other publishers have a history of making poor decisions on covers in the past. Within even just the last 18 months there’s Jon Jones, who was made the face of the first UFC game and its mobile game despite earlier transgressions. That one backfired when he tested positive for cocaine, and later was arrested for hit-and-run, suspended from UFC, and stripped of his title. Then there’s Patrick Kane, who had to be removed at the last minute from a shared NHL 16 cover – again he had a history that should have simply eliminated him from consideration. 2K Sports put “Stone Cold” Steve Austin on the cover of WWE 2K16 despite a history of domestic violence.

Now the shine has truly come off Rousey. While she very well could have been the pick even with a loss, the scrutiny on the decision may now increase. Odds are Rousey will be a fine representative for EA Sports, and the partnership will pay off for both parties, but if she just disappears for the next six months filming movies that will do the company no good. Regardless it’s fair to be somewhat uncomfortable with her placement, and question why EA continues to take what may be unnecessary risks in selecting cover athletes to represent their company.