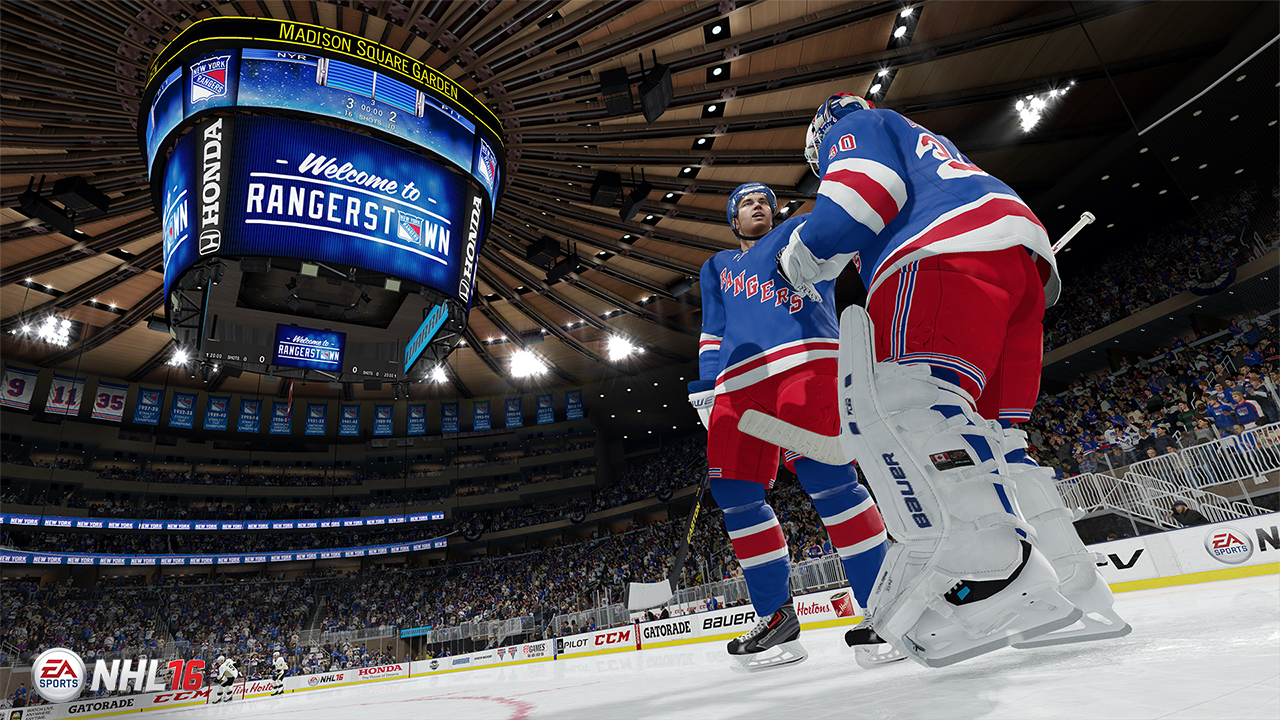 The 2015-16 NHL season begins this evening! Hockey fans across North America – and the world, for that matter – are delighted that games will be played pretty much every day from now until the start of the Stanley Cup Finals, with a couple days off for minor events such as Thanksgiving, Christmas and New Year’s Day.

June is a long way off, though, so we turned to NHL 16 to predict how the teams will fare in the regular season, what players will be honored in awards season, and who will ultimately skate off with the Stanley Cup. Because that’s what we do around here. 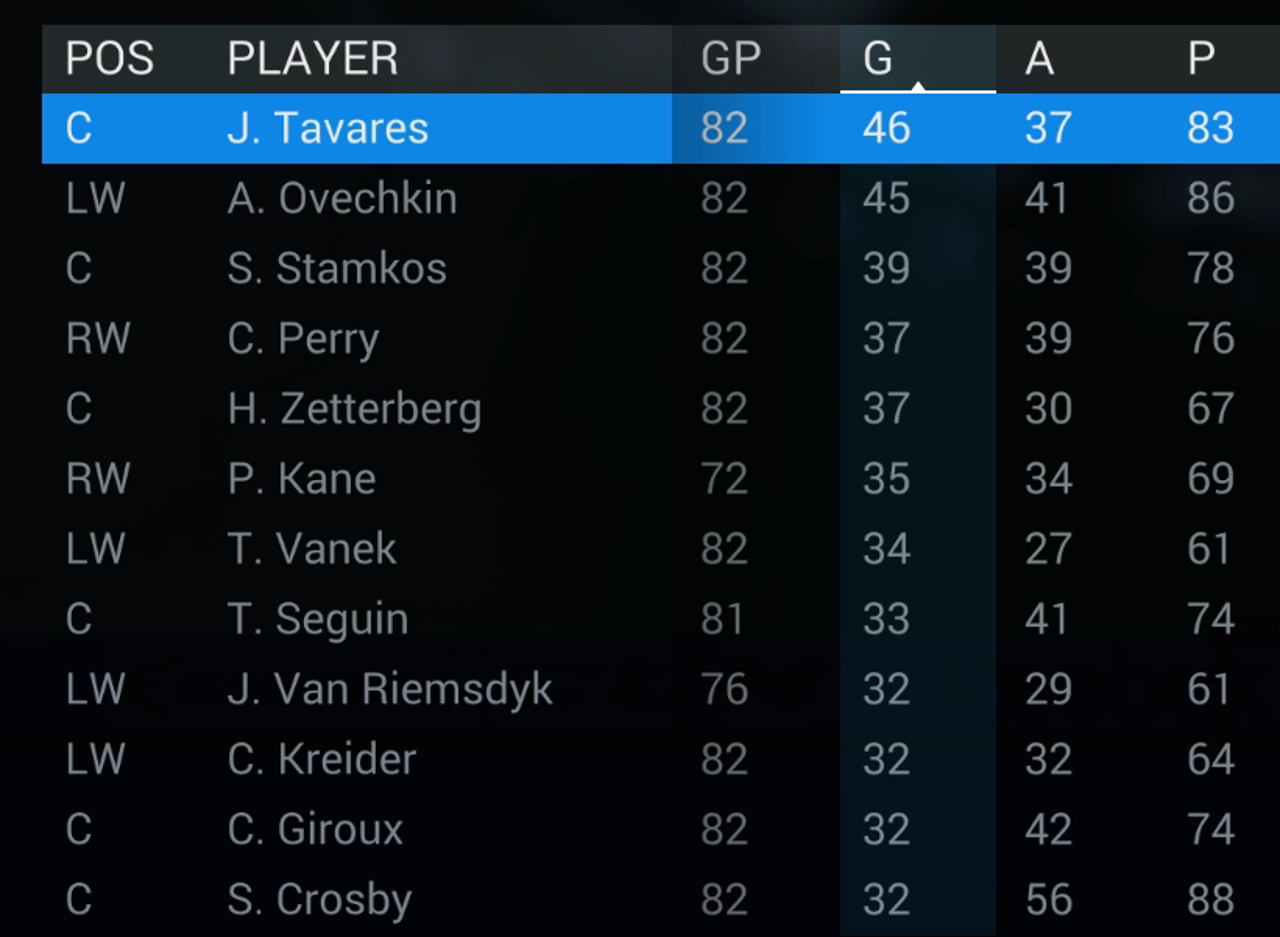 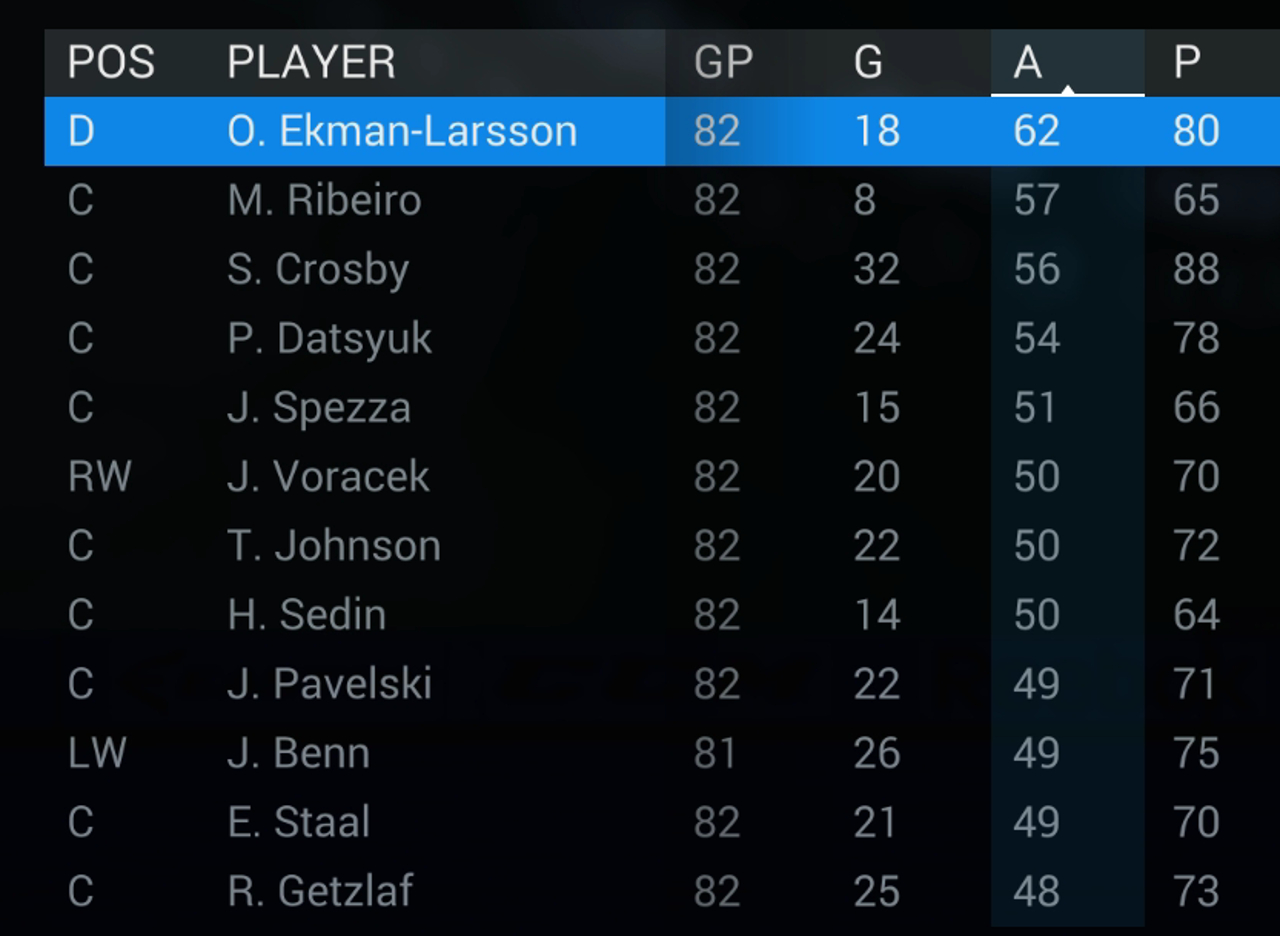 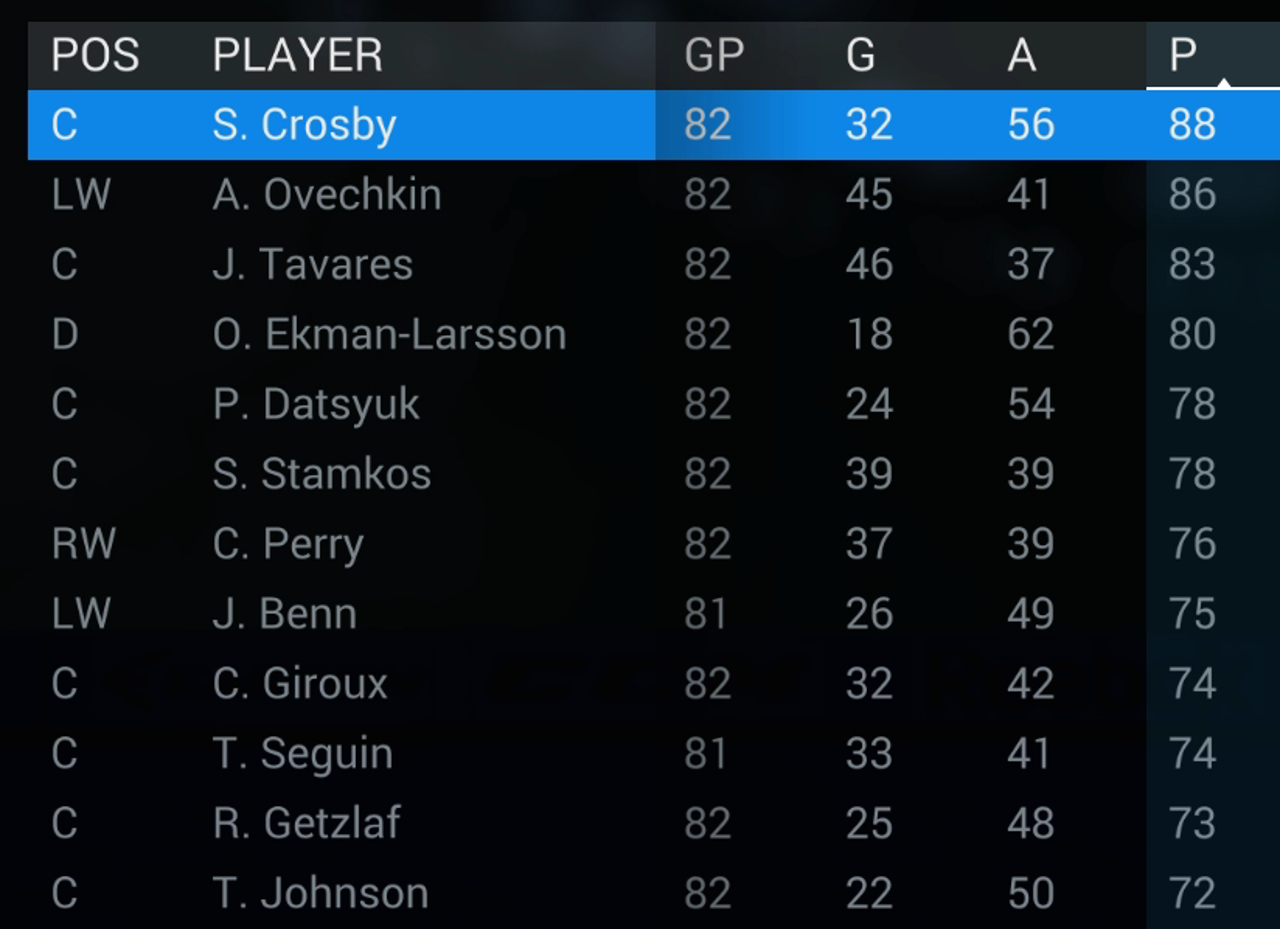 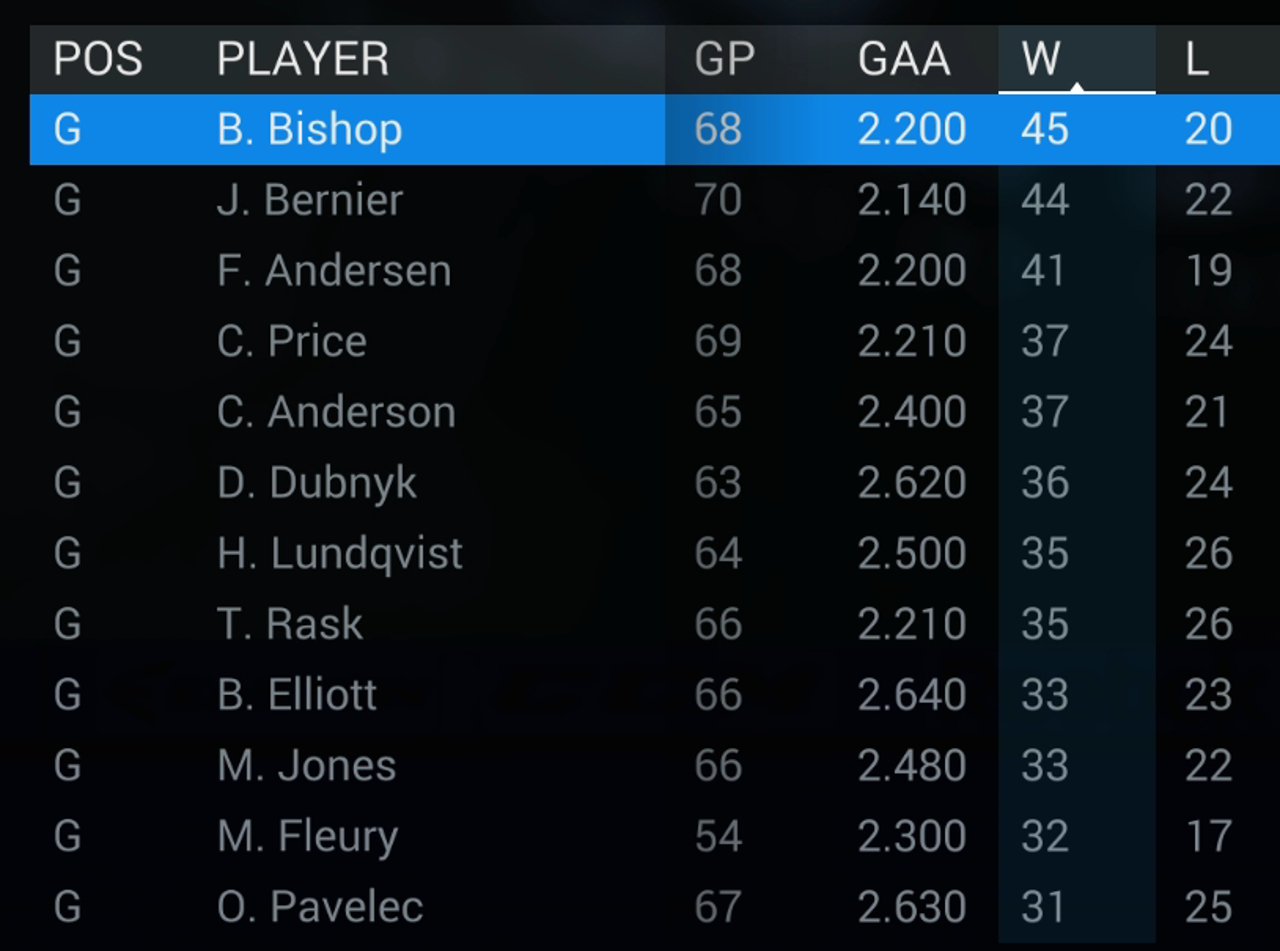 There are a number of compelling storylines based on how the playoff bracket lines up and the results that occur. Thanks to Rich Grisham for providing the insight:

Biggest story of the year – Toronto making the playoffs at all, considering that many are picking them for the bottom of the NHL. Then facing the Red Wings, where their current coach Mike Babcock spent many years (and won a Cup in 2008). Then winning the series in 5? Un-be-lievable.

Rangers-Flyers is a long and brutal rivalry with surprisingly few playoff meetups. Philadelphia is not very good this year, so making the playoffs was already a success for them; not so for the Rangers, who are expected to contend for the Cup (as you see they did here).

The Islanders are on the up, and this is a big win against a Crosby-led Penguins team that may be on the way down.

Two very good teams that should not have met in the first round with Tampa and Montreal. The Canadiens deserved better than to face the superb Lightning.

St. Louis once again flames out in the first round, an agonizing repeat of what seems to happen almost every year to a battered and bruised fanbase.

Surprising that the Sharks make it in – brand new coach, brand new goaltender, one of the oldest rosters in the league – and must have discovered the fountain of youth against a tough Calgary squad.

No surprise with Anaheim making it or beating a good, but not great, Dallas team.

Nashville exorcising some demons against the defending champion Blackhawks, who eliminated the Predators in 2010 and again last year – both times that Chicago went on the win the Cup. Nashville fans will love this.

The Rangers-Islanders in a seven-game series is something every NHL fan would love to see. These teams have hated each other for decades – so this is a great, great matchup. Both teams are really good too, clearly it could have gone in either direction.

Tampa beating up the Leafs in 5 is no surprise at all.

Minnesota busting out and sweeping the Predators is a shocker. Nashville must have had a massive post-Chicago letdown.

Even bigger shocker – the creaky old Sharks upending the supremely talented Ducks in what was surely a grueling 7-game series.

The Sharks continue their amazing Cinderella run, a remarkable accomplishment considering the talent in the west and their extremely veteran roster, new coach, and new goalie. Unprecedented!

A rematch of last year’s excellent East Finals sees the Rangers get payback that they’ve waited all year for. Henrik Lundquist gets revenge for an embarrassing home Game 7 loss and gets back to the Cup Finals, proving once again he’s as good as any goalie in the world.

Not surprising that the Rangers win, but that it takes 7 games. Sharks coach Peter deBoer used to coach the Devils, so has a good understanding of the Rangers (and hates them big-time) so that may explain how his much-less-talented club hung in there so long (but doesn’t explain how they won the West in the first place). The Rangers are a deserving Cup champion (even though I hate them so much it hurts me to say that).

Rick Nash (NYR) led the way with 12 goals scored in the playoffs. Joel Ward (SJS) was right behind with 11. Logan Couture (SJS) had the most points with 22. Ward and Steven Stamkos (TBL) came in second with 19.