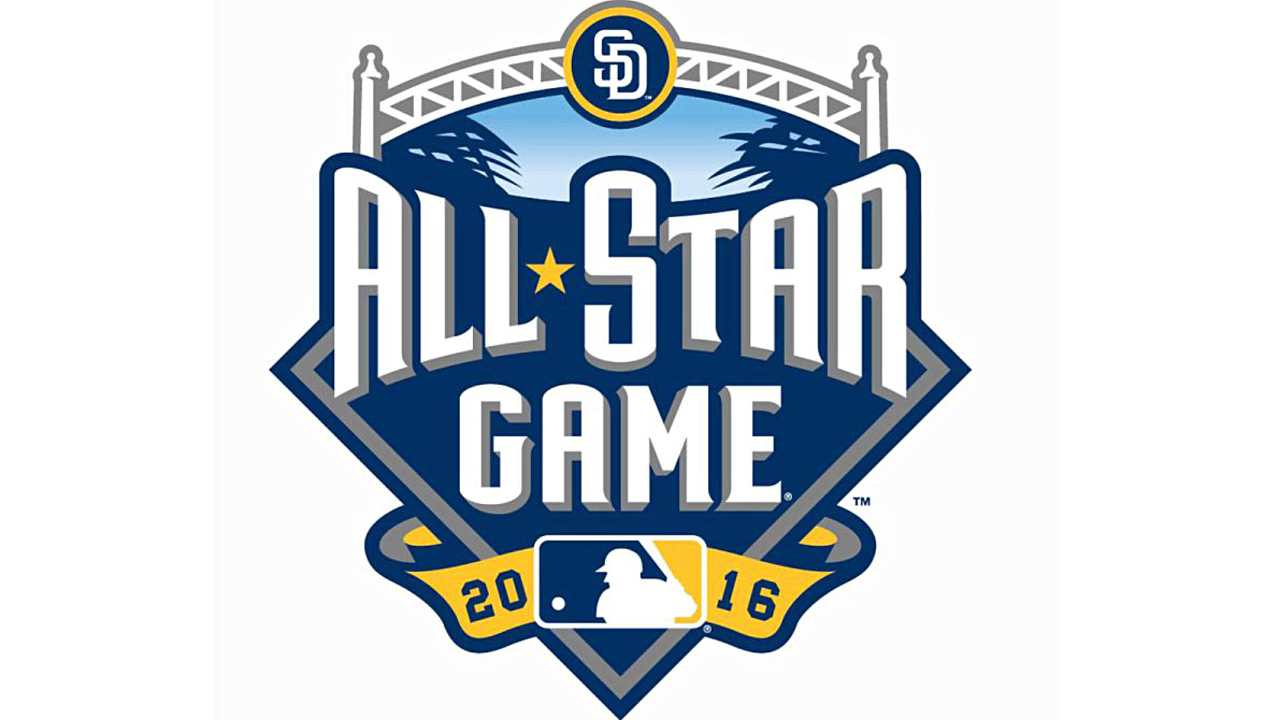 We simulate the 2016 MLB All-Star Game

The NL and AL rosters and starting lineups are set for the 87th edition of the MLB All-Star Game taking place Tuesday 12 at San Diego’s Petco Park. With home-field advantage for the World Series on the line for the winning circuit, the All-Star Game is more than a glorified exhibition. Well, at least Kansas City fans take it pretty seriously. Here’s a sneak peek at the action by simming the event in Out of the Park Baseball 17.

The American League has won the last three All-Star Games and 21 of the last 28, with 41 wins all-time against the National League’s 43. There have also been two ties and the 1945 game was canceled because of World War II. The NL bunched together three consecutive victories from 2010-2012 and 1994-1996 so this is their chance to start another streak, while the AL will look instead to extend their dominance. 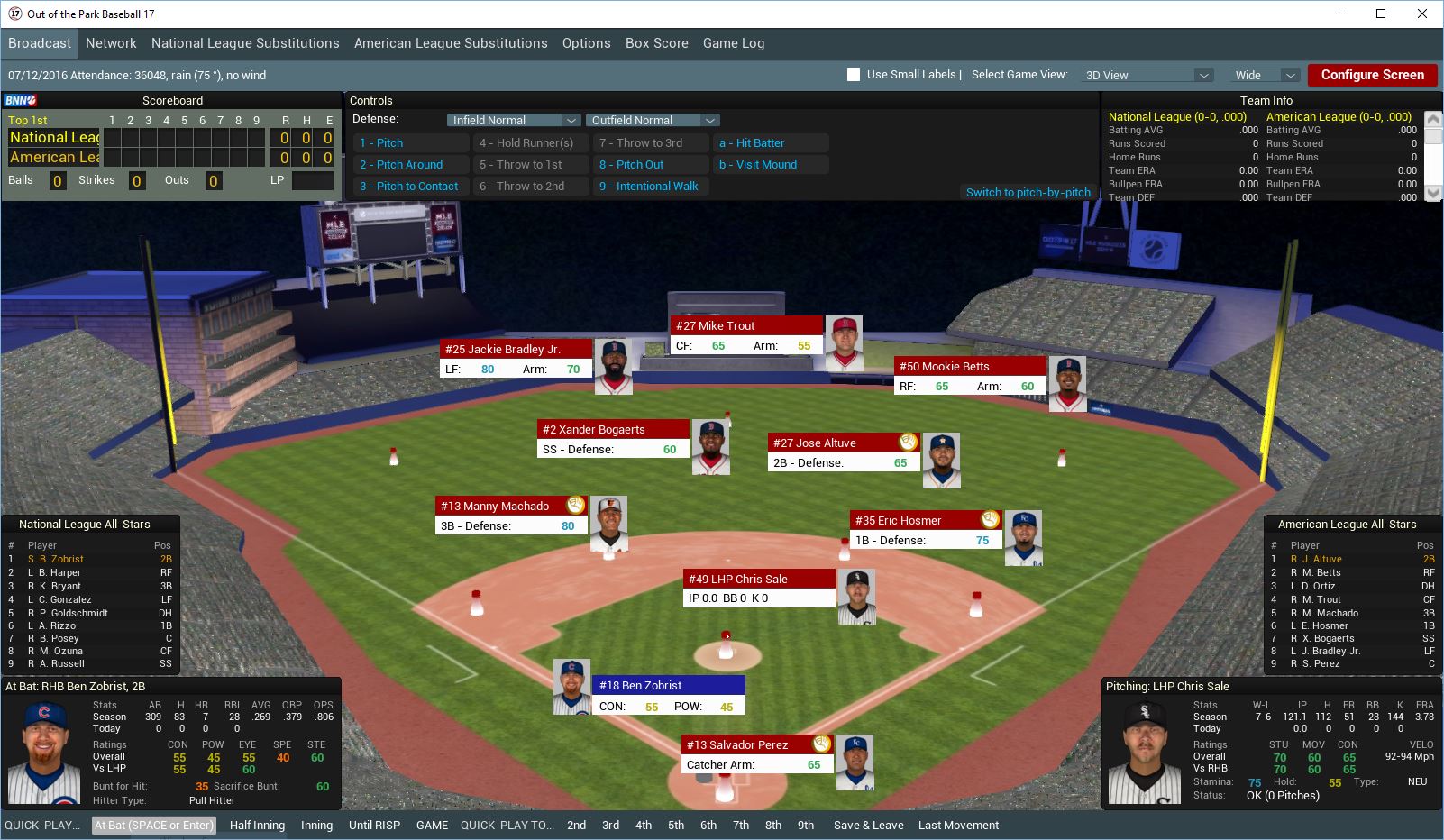 The NL’s starting lineup featured four Cubs players, as they will in real life tomorrow night, and two of them, Ben Zobrist and Kris Bryant, had at-bats in the top of the first inning, but the NL squad was set down in order by AL starter Chris Sale of the White Sox. An important note: since this All Star Game should have been held in an AL stadium, the NL team will be the visitors.

Arrieta then took the hill for the NL and induced a groundout by Jose Altuve, but Mookie Betts doubled and moved to third on Boston teammate David Ortiz’s groundout. Trout then turned on the first pitch he saw and put it in the seats 382 feet away. The next batter, Manny Machado, doubled too, and it looked like Arrieta might not even finish his lone inning of work; however, Eric Hosmer worked the count full and fouled off three pitches before grounding out to end the inning.

In the top of the second, Anthony Rizzo halved the deficit with a solo homer off the Rays’ Alex Colome, and then the floodgates opened for the NL the next inning. The Indians’ Danny Salazar was on the hill for the AL, and he struck out Zobrist before walking two and allowing a single to load the bases. He gave way to Sanchez, who surrendered a run-scoring single to Bryant that kept the bases loaded. The next batter was Gonzalez, who worked the count full before hitting a mammoth, 434-foot grand slam that put the NL ahead for good, 6-2.

In the bottom of the third, the AL scored another run off the Marlins’ Jose Fernandez as Betts doubled with one out and moved to third on a deep fly ball. With Trout batting, Fernandez threw a wild pitch that brought Betts home. The teams then traded scoreless frames until the bottom of the seventh, when the AL moved within a run on Mark Trumbo’s two-run homer off the Pirates’ Mark Melancon. The Giants’ Johnny Cueto entered the game and gave up a pair of two-out singles that put runners on the corners, but he gave way to the Mets’ Jeurys Familia, who got the Yankees’ Carlos Beltran to strike out looking.

In the top of the eighth, the Rockies’ Nolan Arenado hit a pinch-hit solo home run off Brad Brach (Orioles) that gave the NL some breathing room with a 7-5 lead. Fernando Rodney (Marlins) surrendered a run in the bottom of the frame on a sacrifice fly, but the NL gave themselves another two-run cushion and an 8-6 lead in the top of the ninth on Corey Seager’s solo homer off the Orioles’ Zach Britton. Kenley Jansen (Dodgers) entered the game in the bottom of the ninth and set down the AL All Stars in order to seal the win for the National League – and earn the save.

The Braves’ Julio Teheran earned the win for the NL team and Salazar was saddled with the loss, thanks to his one-third of an inning of work during which he surrendered a hit, two walks, and three runs. (His 81.00 ERA sure looked nice in the box score.) Carlos Gonzalez, who was 1-for-3 with a walk and that grand slam, took home the game’s MVP award.