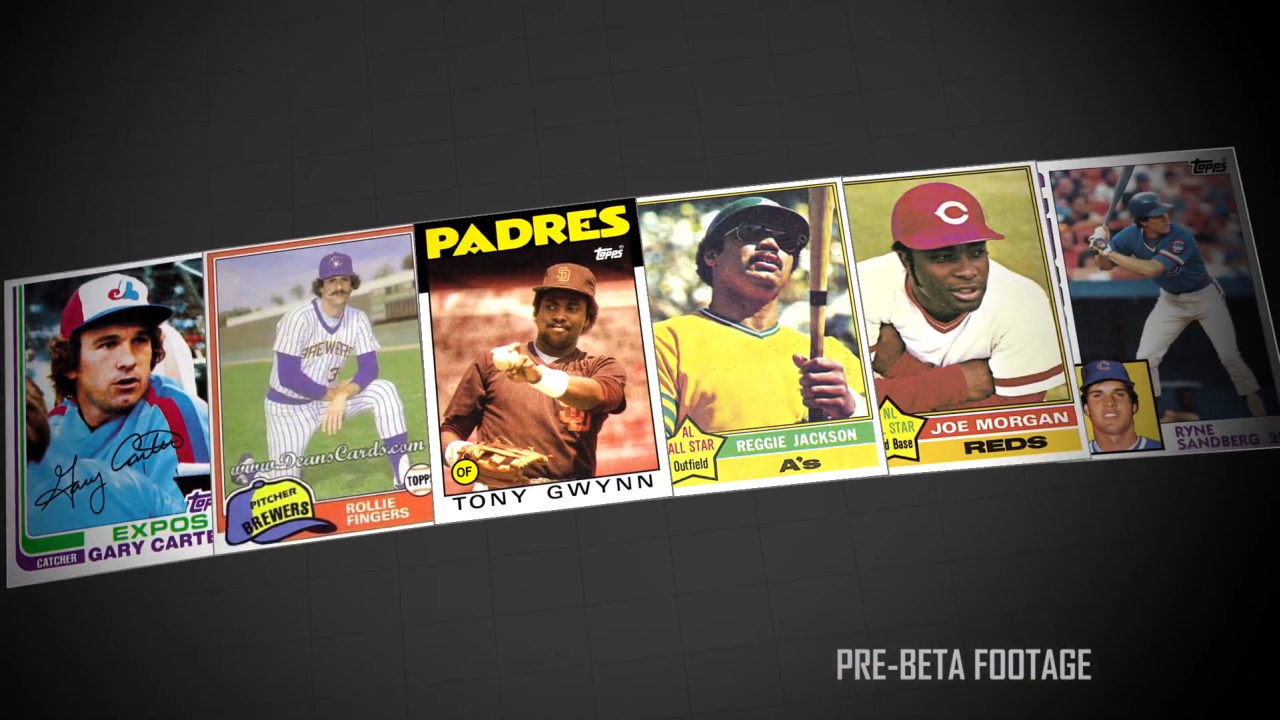 What do the new 2016 Diamond Dynasty Cards revealed at PSX mean?

During the PlayStation Experience, Sony showed off an announcement trailer for MLB The Show 16. While the trailer was full of “Pre-Beta Footage”, a three second clip at the end of trailer featuring cards that will presumably be in Diamond Dynasty is what really caught my eye.

Shown in the video were were six new legend cards:

It’s too soon to tell if these cards will be additions to the thirty legends from last year, or if they will be replacements. If they are in fact replacing their team’s legends from MLB 15 then Andre Dawson, Robin Yount, Dave Winfield, Dennis Eckersley, Johnny Bench, and Ernie Banks would be gone. That is, unless they show up as legends for other teams they had played for, i.e. Winfield becoming the Yankees’ legend.

Something that caught my eye was that the Rollie Fingers card has a watermark for www.DeansCards.com. While this is pre-beta Footage, it seems like the team making the video just searched the web for the images, rather than getting them directly from Topps.

In addition, we saw six cards of current MLB stars from earlier in their careers:

While the legend cards are great and all, these are far more interesting to me. It looks as if this year’s version of Diamond Dynasty will feature retro cards from earlier in some player’s careers. This has potentially huge implications to the mode, and would bring it closer to other games’ versions (such as Madden‘s Ultimate Team) with multiple card variations on a single player.

One thing noticeable about this grouping is that all of the cards shown are of stars who are no longer with the team they were playing with in the card. I wonder if this is a play on Topps Traded update sets that are released later in the year featuring new players, or ones who had changed teams since the initial sets release.

New legends and the addition of some throwback cards are just the kind of thing Diamond Dynasty needs to keep itself fresh. Towards the middle of last year most teams started to look awfully similar. While I love the idea of the base cards changing with the player’s real life performance throughout the year, I think the addition of special insert cards would be a great way for teams to have added variety.

I can’t wait to hear more news from the Sony San Diego team about what is in store for Diamond Dynasty in MLB The Show 16.