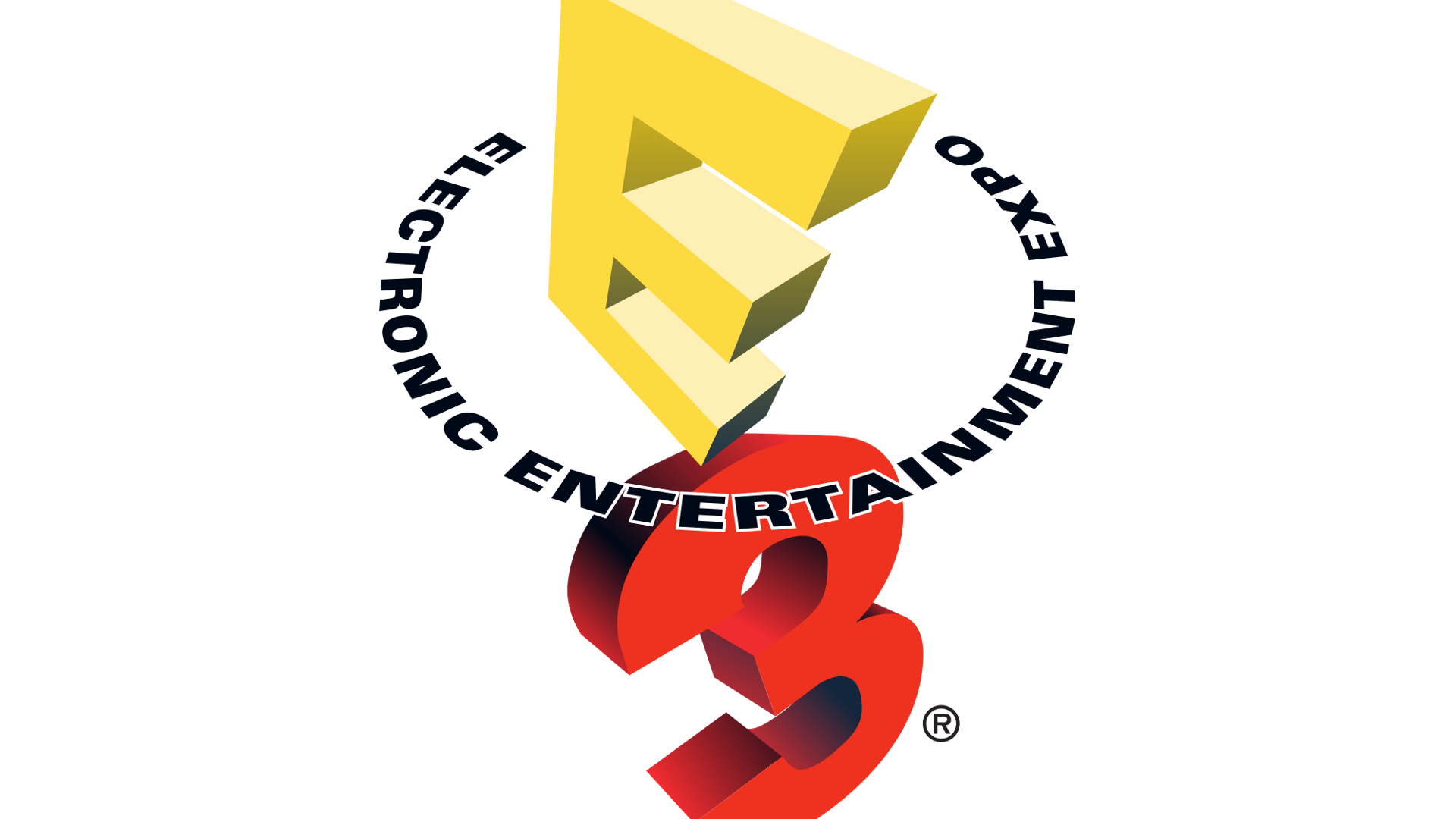 What does E3 mean to you?

Once a year, the entire video game industry converges in one place to promote their products and compete with each other at a conference called E3 (Electronic Entertainment Expo). Console makers Nintendo, Sony, and Microsoft hold massive press conferences to show their fans how dedicated they are to their respective platforms, while game publishers like Electronic Arts, Take-Two, and Activision put their latest games on display for the world to see.

I’ve been to multiple E3s in the past decade. First, it was as a lowly fan with no access to anything other than long lines, exhausted PR presenters, and incredibly hot common areas. Once I landed my first paid games writing gig, I was able to attend as a member of the press; suddenly, I was whisked to air-conditioned backstage one-on-one demonstrations, interviewed developers and executives, and attended post-showcase parties brimming with ample amounts of food and booze. The price for such access, however, was sleepless nights writing up articles to get posted immediately. In recent years, as my industry contacts expanded and focus narrowed to sports games, I got to pick and choose who I met with and what I felt like doing.

This year, however, I’m staying home. The explosion of live-streaming conference, real-time reports from the show floor, and pre- and post-conference interviews with the makers of games I care about means that I get more from E3 from my couch than I ever could from being on the ground in Los Angeles. I’m interested to see everything EA has to say about Madden, NHL, NBA Live, PGA Tour Golf, and FIFA. I’m hoping to get some new information about NBA 2K. I would love to be surprised by a shocking announcement, whether it’s the long-rumored Joe Montana Football, a new entrant into major league baseball, or a new, next-generation tennis game.

But mostly, E3 2015 means it’s time to relax and watch from afar. I’ve paid my dues on the exhibition floor. This year, I’m just kicking up my feet and enjoying the show.

What does E3 mean to you?

E3 for me is that wonderful time of the year where I spend a bunch of time watching streams and making a list of games I’ll never buy. As for sports games, I like to think of it as the best they’ll look, because on that stage they always look better than they do in my console. Except for the part when they bring out a random pro to demo something they’ve never done before, you know, like playing NBA 2K with PlayStation Move controllers. I may seem down on E3, but it’s really like Christmas for gamers – until the realization that some of the games you’re interested in won’t be coming out for two years or more.

E3 2015, to me, sets the table for the coming year of sports titles. It wasn’t always this way, since EA’s PGA game used to hit before the show, but this year is different. Getting gameplay impressions of and more information about what’s on the horizon is key for me, and I do think that there’s a lot to be excited about. How will EA’s return to golf after two years pan out? How has Madden changed from last year, in practice? Will NBA Live take serious steps forward?

There’s also the element of surprise that comes with every E3. Could someone else step up to the plate for baseball in 2016 other than Sony? (No, RBI Baseball doesn’t count.) Could this be the year that a football game tries to challenge Madden, with or without licensing? Could another retro franchise make a return to the modern era? Even if none of these happen, it’s fun to think about… and that’s really why E3 is such a special event for me every year.

It’s about the possibilities, as well as the new information that we see and read.

The question that could really be asked is “What does the EA Sports section of their press conference mean for you?”

After all, Electronic Arts is the only publisher that really spends any significant time catering to the sports gaming enthusiast during E3. The beauty of video games is that it’s “high school opposite day” all of the time; the jocks (sports game fans) are the outsiders and are generally looked down upon. Sports presentations are met with the same blank stares by the majority of media (and gamers) that occur during the financial reports. Publishers are aware of this, so when showing the newest sports titles only the most bombastic moments of the sport seem like they’re presented.

As a result, most presentations satisfy no one. They’re not particularly engaging to the non-sports fan and they don’t really delve into the minutiae of the games for the dedicated people. While I’m definitely happy to see some sports representation, E3 leaves me generally feeling underwhelmed.

I find that I’m struggling a bit with this question. In the context of sports games, I find that E3 2015 means very little outside of jostling with fans for space at the demo kiosks in EA’s hot, overcrowded booth. Most of the details are usually out in the wild by the time E3 rolls around, and outside of a few nice sizzle reels and some breathless hype, there isn’t a lot to be gleaned from what is shown.

On the other hand, E3 for me is like Christmas. I get to tear off the wrapping paper on all the new sports sims, see all the rookies in action, and say to myself, “This is it! This is totally the year! These sports sims are finally going to nail everything and I’m going to be so happy.” In that regard, E3 is even more exciting than that moment when they show up in the mail and I pop them into my Xbox or PlayStation. E3 holds both the promise of what’s to come and the tantalizing excitement of actually getting to play them for myself.

It’s for that reason that I find myself overhyping E3, imagining that this is the year that all my hopes and dreams come true. NHL 15 is a particularly egregious example of me setting my expectations too high. I just have to sit back, digest the news as it comes in, and examine it with the most critical eye possible.

But damn, I can’t wait to get some hands-on time with Madden 16. I guess I never learn.

For me, E3 means the end of the gaming season and the start of the scouting season. This is usually the time when my attention shifts from the current yearly releases. I pore through all the information from the press conferences and news items I can find looking for clues on features and game play changes.

Its always fun for me to daydream about how I will adapt to, and utilize, the new options against human opponents. This is also the time to hope for polish of the features that already exist. I always wonder if this is the year more of that real world magic will find its way into some of my favorite plays. Will they build out a way to turn an end zone fade into a real battle for the ball? Can the hand fighting and positional struggle of a one on one go route be translated to code? It may be wishful thinking to get excited about these long shot concepts; but we are a few short months from a new gaming season and anything is still possible.

E3 acts as the true-kickoff to the sports gaming season. With nearly all of the yearly sports titles now releasing in a six week period, from late August to early October, E3 is placed perfectly for rolling out first trailers and big announcements.

The impact of E3 though in recent years has waned, as has the anticipation many, including myself, feel for the event. Consumers are justifiably skeptical of any outlandish claims being made – the fault of the publishers for embellishing and failing to fulfill promises over the years – and the actual show floor has become largely irrelevant for insight. There’s a reason why NHL 15 won all sorts of awards last year. No one gets a true sense of the games from playing specially-built slices in a controlled but uncomfortable environment.

Still we all hope for something special. A surprise game announcement or a new innovative feature being revealed is tantalizingly plausible even if unlikely. Some year another of those will happen. It’s that hope of something better for the genre that gets everyone to tune in to the press conferences, and pay attention to any news related to the games.

@HitThePass Hope for the future, excitement for possibilities, management of expectations

@HitThePass E3 is like the third week of the NFL preseason. It may look cool and get us excited, but it doesn’t really count.

@HitThePass It means a good week of videos and articles about video games that most likely would be delayed.

@HitThePass It’s the most exciting time of year to be a gamer of almost any genre. Everyone can find a couple games to get excited about.

@HitThePass The start of the holiday season in a sense. It gets you excited about a lot of things and we see games that are coming soon