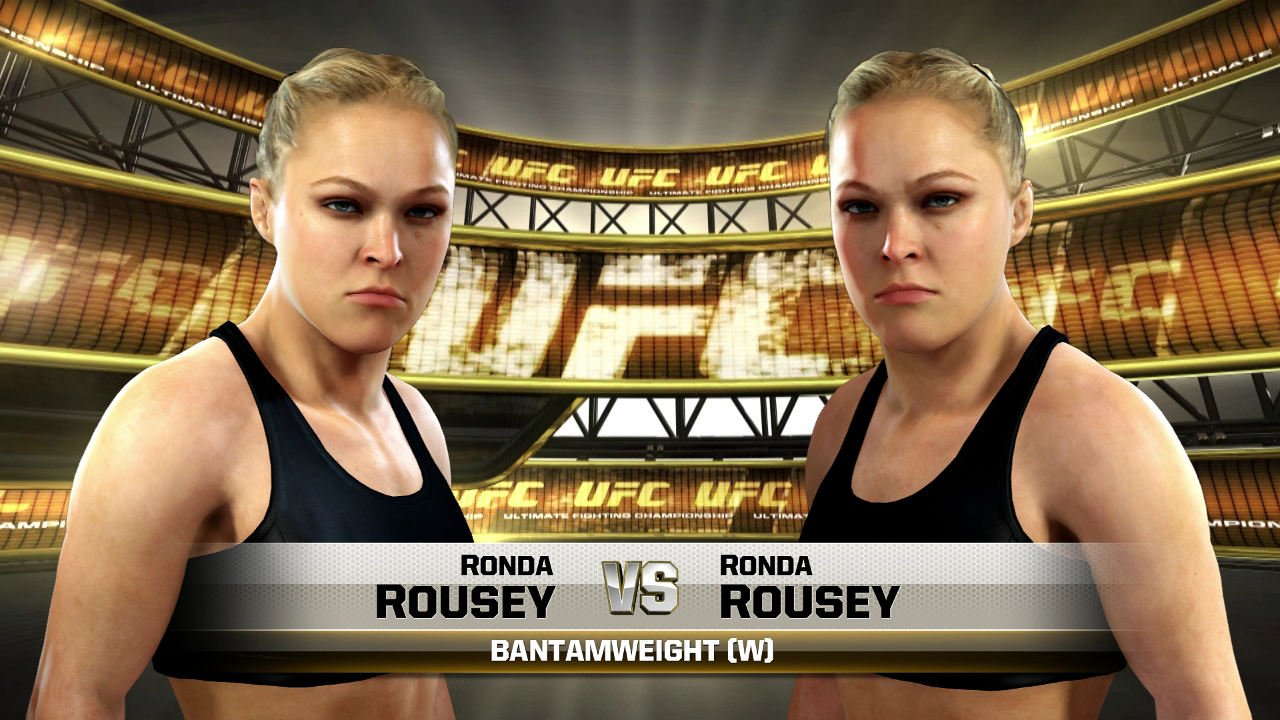 Ronda Rousey is a superstar. Her name reaches well past the UFC world, extending into mainstream sports consciousness and beyond. She got here by demolishing her MMA competition in extraordinary fashion, winning all 11 of her professional fights with ease – eight of them within the first minute of round one. Her most recent fights lasted 14 seconds and 16 seconds, respectively, and only once has an opponent survived through the first round. In 2013, Miesha Tate took her into the third round before succumbing to the armbar that Rousey has used to finish off 82% of her fights. Simply put, she’s an impossibly dominant force.

This weekend at UFC 190 Rousey is expected to annihilate her next opponent, Bethe Correia. She’s a 14-1 favorite and has promised more of a severe beating than a quick finish ever since Correia made things very personal in the lead-up to the fight. Correia hasn’t beaten any top ten competition and her striking-oriented style plays right into Rousey’s strengths. Better wrestlers have been taken down and controlled by Rousey; and better strikers have been smothered into oblivion by her clinch work.

Maybe Ronda Rousey is simply unbeatable right now. What if, though, she had to take on the challenge that her foes are faced with? How would strength on strength, and weakness on weakness, affect the women’s bantamweight champion?

No need to speculate. Let’s see for ourselves.

It’s Red Rousey vs Blue Rousey with EA Sports UFC in the The Simulation Room!

The most anticipated women’s fight in MMA history

Round one of the fight turns into a striking battle as the pair of Rouseys look to dabble in the stand-up game. Red Rousey gets the better of the it with quality combination. The actual Ronda is almost willing to get into striking exchanges early in fights. She spends large portions of her camps improving this area, and undoubtedly is eager to see what fruit these labors bear.

The second round shows what could be exploited in Ronda’s style. Blue Rousey plays counter-striker to deadly effect, and drops Red Rousey with a well placed punch. Real Ronda has allowed herself to be hit in a take-one-to-give-one scenario in many of her fights. So far she has showed a solid chin, but any person will go down when hit with enough force in the proper location.

Red Rousey decides that a brawl might not be the way to go in this set. She plays the role of matador and lets Blue Rousey’s aggression work against her. Red Rousey moves for the clinch when leather begins to fly in close range, and uses her dirty boxing set set up takedowns.

She allows the positions to come to her, and makes sure to do damage when given the chance.

A measured approach may not be in real Rousey’s DNA. Moving forward and attacking is where she is comfortable. This may be a potential blueprint for a potential real-world Rousey defeat.

The trilogy ends in fitting fashion

The third and deciding fight starts off as more of a grappling clinic. Red Rousey makes the better transitions and puts Blue in some serious deep water at multiple points in the early rounds. She also finds time to pepper in some boxing work to keep blue on her toes.

There are too many highlights to list from rounds three and four. If you watch have time to watch them with the full fight video it’s as exciting as this sport can get.

A proper ending comes in this one. The primary thing that an opponent must be mindful of at all times when fighting Rousey is her fight ending Jiu-Jitsu skills. Red Rousey had been dominating up until the mid-fourth round. She let her concentration slip and it’s almost always going to be too late to recover against Ronda, even in the early phases of a submission set up. A mounted triangle feels like your head is a cherry tomato that is sitting between a person’s teeth ready to pop. It’s a thing of beauty to behold her locking in. 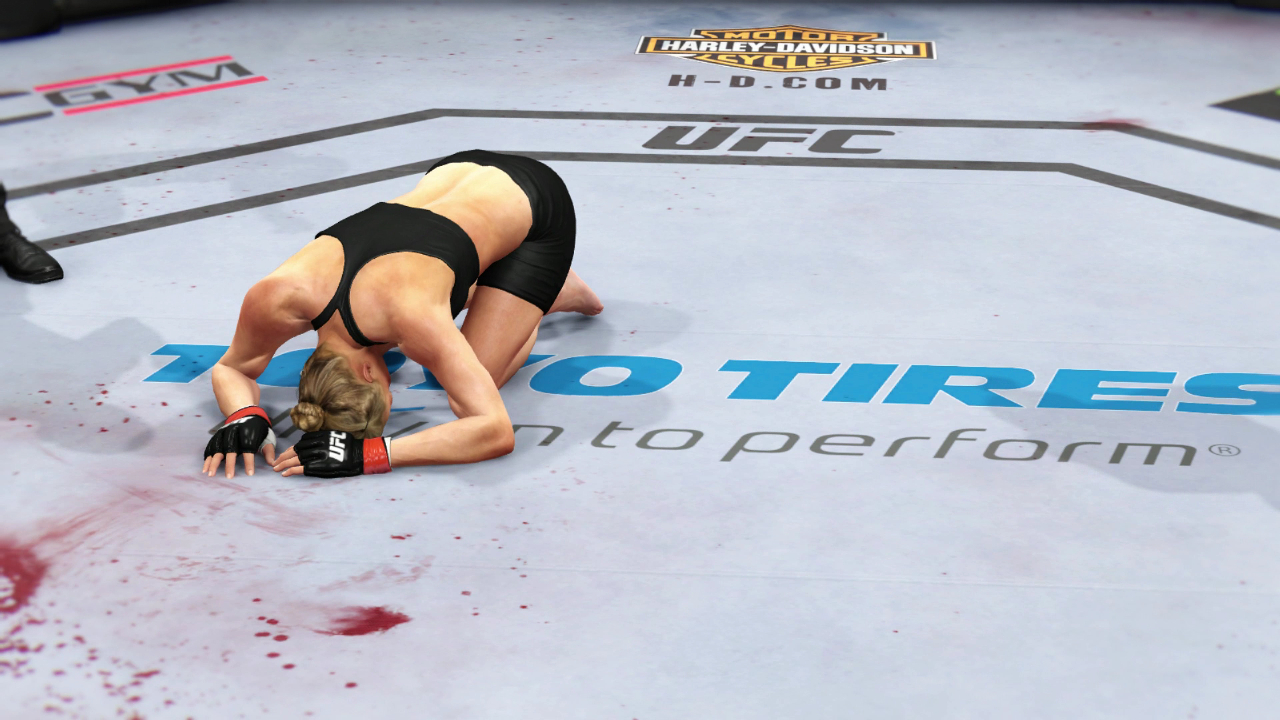 She is the best submission artist in MMA and she proves here that she could outdo even herself in the cage.