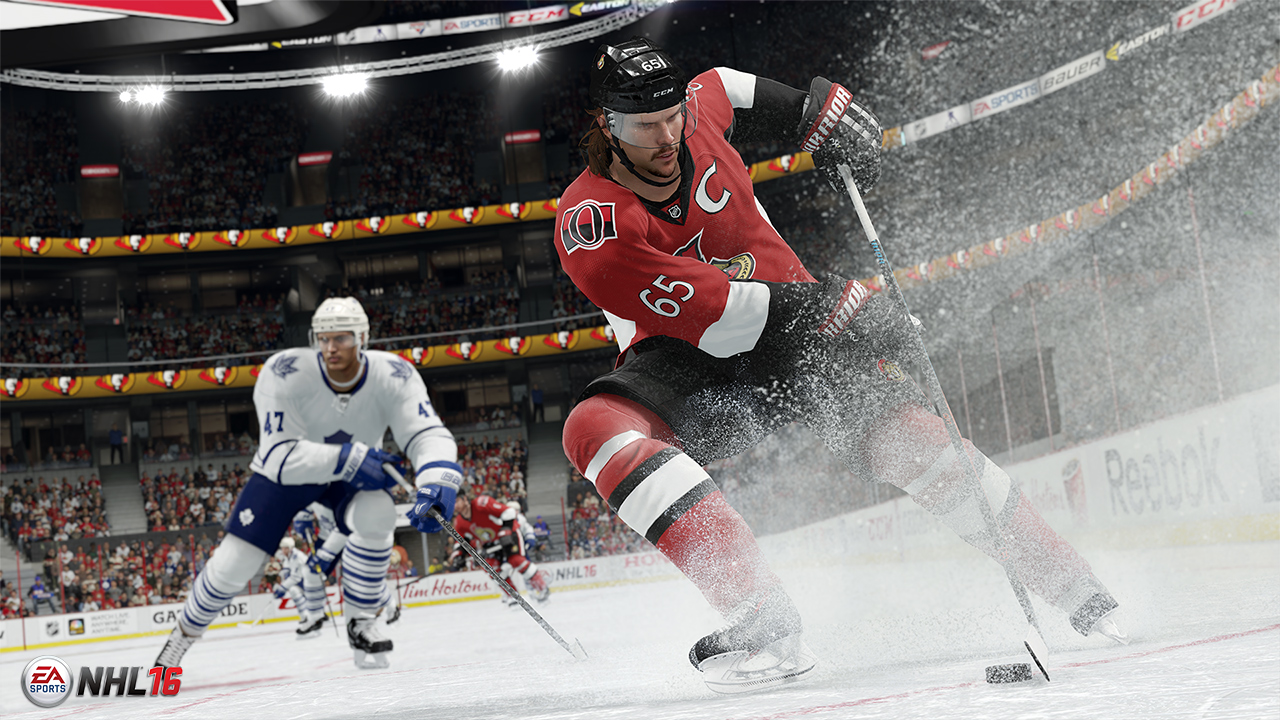 What was the most impressive sports game at E3?

Whether you were at E3 this year spending time playing them on the show floor, or thousands of miles away watching press conferences and shaky phone videos of gameplay, there was plenty of information about the upcoming slate of sports games to take in. Most of our favorite franchises got significant stage time, and many were made available in demonstratable states during the convention. We asked some of our Hit The Pass contributors and readers what they thought about the most impressive game they saw; their answers are below.

What sports game impressed you the most with its showing at E3 this year?

Although I run the risk of sounding unoriginal, Madden NFL 16 impressed me the most this year. The new Draft Champions mode looks like it could be really addicting, and that’s on top of the already-deep array of options to play with. Although Madden Ultimate Team hasn’t really clicked with me (Sorry, T.J.!), I think Draft Champions will. I also like the idea behind the button commands for receiver versus defender, and selecting various ways to attack or defend a thrown pass adds something as opposed to just letting stats and conditions do the calculating. I’ll be curious to see what presentation tweaks were made, especially to the commentary– if any.

I’d like to throw in an Honorable Mention to NBA Live 16, too. It certainly looks to me as though EA has improved this year’s game in several areas, and I’d love to see a bonafide competition between 2K and EA Sports that would hopefully push both games to be better in the long run. I’m not the biggest hoops guy– unless you count NBA Jam and its sequels– but NBA Live 16 really did get my attention this year in terms of looks and presentation.

NBA Live 16 hands down. The mere fact that the game was even at E3 this year impressed me. After a 3 season layoff the series reappeared on the shelves last year to…let’s call them mixed results but there was absolutely nothing from Electronic Arts Canada’s series during America’s biggest gaming event. The player faces in the game, even last year, were better than the leading hoop product on the market and they’re even better this year. If they can marry that with a smart simulation of the NBA basketball they may be able to make some noise in the genre.

Fans continue to clamor for variety in different sports titles so if EA can produce a game worthy of their time I’ll be interested in seeing if consumers are willing to support it. This year’s product, just by showing up, displays a level of confidence in the game that had been sorely missing over the last few years.

A case could probably be made for all the EA Sports games outside of McIlroy, but the nod should go to NBA Live 16. While most of the games played it safe with trailers and little in the way of substance, Live did more, because it had to do more.

Even if Live delivers this year though it may not be enough. It’s not even just NBA 2K16 – there’s too many other games (sports or non) competing for dollars when EA plans to release it. Because of that they’ve got nothing to lose by laying it all on the line to attract some interest. That’s what they attempted to do at E3 and at the very least the game is in a better place now than it was going into the event.

My biggest surprise – and the most impressive showing to me by far – is Pro Evolution Soccer 2016. There has been much hand-wringing by fans of Konami about their direction to take their games in a casino and mobile direction, but all appearances are that the famous Japanese publisher stands firmly behind their vaunted soccer franchise. There was no opportunity to get PES on anyone’s stage, but their show floor demonstration booth was amazing – a functional English-style pub with multiple TVs and flowing beer allowing beat-up attendees the opportunity to sit and play PES while relaxing with a drink.

Of course, if the game isn’t any good, any bonus Konami gets for demonstration ingenuity goes up in flames. All indications – and videos – indicate that Pro Evo is shaping up beautifully for this fall. After a strong next-gen debut last year, that should be making international football fans delighted – and making FIFA developers nervous.

I’m amazed that I am saying this, but Madden NFL 16 is my sports game of the show. I want to say that it’s the most improved sports game that I’ve played, but I think that has to go to NHL 16. I didn’t particularly like Madden NFL 15 – it was the least amount of fun I’d had with a Madden since Madden 12  – but Madden 16 pushes it to another level, and it’s really fun to play. I won a game 28-14 against Clint Oldenberg’s Jets (ed. note – he’s a designer on the game) and its was the most fun I’d had playing Madden in ages. It’s faster, it’s smoother, and everything animates so much better. There are all these little touches, like how the running back moves behind the line while searching for a hole, it just feels better.

We all know that Madden is coming this year with a few new features and refinements. FIFA will have some subtle improvements and will dominate the sales charts again. While these facts are appreciated, they certainly don’t do much to impress me as a sports gamer. The title that did get my attention though more than any other was Blood Bowl 2.

There is still an aire of mystery to Blood Bowl 2 that makes it an unconventional game to anticipate. It’s too “sporty” for most standard game journalists to understand, and too “fantasy” for most sports game specialists to give a chance. It fell under the radar at this years E3 because of its ambiguous nature.

I think there could be something special here. It could capture the almost completely abandoned arcade sports sub-genre with its over the top action. Perhaps it could even develop into a MOBA like strategy experience that is inclusive to sports gamers. You have to be impressed that there are still developers out there willing to take risks on original concepts like Blood Bowl. All of the elements are there to release a flat-out fun game. With so little coverage at E3 we’ll have to wait until September 22 to see if this fusion is magic or mess. I’ll be there day one to find out.

@HitThePass @pastapadre love that FIFA is focusing on gameplay. No huge gimmick, just overall responsiveness. Live 16 is most surprising.

@HitThePass NBA Live’s game face looks impressive if it works properly. It has me the most excited if it can be used by other EA games too.

@HitThePass Probably NBA Live. But they also had the most ground to cover.