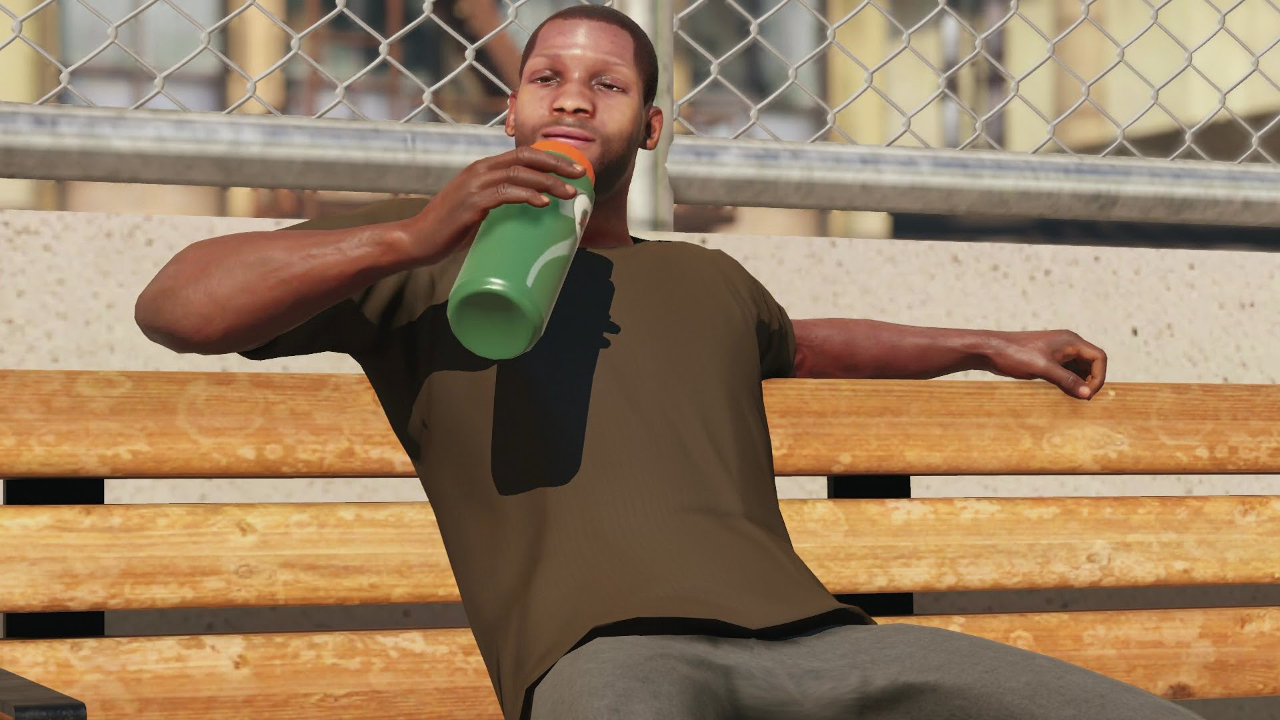 What’s your absolute, no doubt, stone cold lock of a game mode you have to play every year?

Everyone here at Hit The Pass loves sports games – duh! – and we’re always looking for new and interesting ways to experience them. However, there’s always that one specific mode that we come back to each season, the absolute gotta-have-it and gonna-play-it mode that is a stone cold lock to take up a bunch of our time. Games have evolved, and continue to do so, but we are all creatures of habit as well. What’s the one game and mode that you know for sure will make it to the top of the priority list? Our contributors discuss.

Guaranteed to play game/mode every year?

From 1998 through 2012 the answer without a doubt was Madden offline franchise. However, when they made the change to Connected Careers I fell off the series. Previously, the game presented the AI simulated scores as you played your match as is the case in real life. In more recent renditions of the game though you play your game – even if it is the Monday night game – before the AI simulates the other matches.

This simple thing took me completely out of the experience. One of the awesome things about the NFL is that the standings change in real time as most of the games are played concurrently. So I stopped.

My actual answer is the career mode in the Forza series, which with the introduction of Forza Horizon, has become annualized. I have spent hundreds of hours in the Forza games doing the same routine of building a garage of cars – most of which I had already won in the previous games.

While I can’t resist the Dopamine rush that comes from collecting cars I only race about a third of them because only the fastest in each class + odd favorites are ever worth racing.

Due to the lag in Australia I have raced less than a dozen times online – so the hundreds of hours I’ve played in Forza have all been in the offline Career Mode.

The simple pleasure of hitting apexes and being rewarded by bars filling up with numbers means that it was my gaming lock.

I’ve played every version of Madden since it’s inception, so no reason to stop now.

To be fair, if they had put out new versions of “Pitfall” each year, that would be my choice.

Madden adds something of value with every release and I get more bang for my buck because of quality of online play and online leagues than any other game I play.

Right now, the closest thing I have to a “stone cold lock” is Madden NFL’s Connected Franchise Mode. The mode itself isn’t anything special — it’s largely inferior to similar modes found in FIFA and NBA 2K — but it does have the advantage of letting me play with my friends, which is what I’ve done for the past five years.

I’ll save you my rhapsodizing about my various leagues, which I’ve done plenty elsewhere. All I’ll say is that it’s provided sufficient incentive to return to the mode each year, even when the game itself has been inferior (read: Madden 12 and Madden 25). Even if the experience isn’t the best, I can at least complain about it with my friends.

Granted, there’s still plenty that can be improved about Connected Franchise. The player-only component is still embarrassingly shallow, the Owner Mode is fundamentally broken, and the ramshackle interface makes everything a drag to navigate. But Madden CFM is also the deepest, most fully-featured Online Franchise mode around, and Tiburon deserves credit for standing by it while their cohorts have either drifted away or put forth only a token effort. So long as it’s around, I’ll always have an incentive to pick up Madden.

With any sports game I play, the one mode that I will always gravitate towards in an Online Franchise. Madden’s offering of this mode is at my present favorite.

The quality of the mode, while pretty good, is not the principle reason I feel this way. It’s all about the people that are along for the ride and the balance between simply having fun and meaningful competition. I can’t derive much enjoyment from playing the AI unless I know it’s going to lead to a later contest with a known human player.

The feeling of out-strategizing a friend is my favorite experience in sports gaming. This is only compounded when you add the build-up of working through a regular season.

The quality of the person I play really dictates whether or not any of this happens. I want to play with competitive people who don’t act like you set their car on fire in front of them when they lose. I don’t want to play with people who put winning before realism and fun. Theres nothing more annoying than a playing someone who plays against coding flaws in a game rather the player on the other end.

Its a delicate balance I search out, and as I reread this its feels like I have written I personal ad: “Man in search of franchise”. In a way that is true, it’s all about the people for me.

There are plenty of reasons, including the fact that it involves a nice short 16 game campaign – just a fraction of the number of games in any other big-time sports franchise. However, the fact that we have a long tradition of well-known friends and players that come back every year is the most important. The one game that I have the most people that I know that consistently play and play like normal human beings every year is Madden. So, even though I’m all in all the big games, there’s no doubt I’ll be lined up in the Press Row Madden league again in September.

This is something that has rotated for me over the years, with everything from Online Dynasty in NCAA Football and Online Franchise in Madden, to Road To The Show in MLB: The Show, Road To Glory/Campus Legend in NCAA, EA Sports Hockey League in NHL, MyCareer Mode in NBA 2K, and Online Seasons in FIFA being considered that at various points in time.

Typically each one will only go a year or two before attention shifts to something else, as the developers tend not to do much from one iteration to the next to dramatically improve them once they are well established.

The Online Dynasty/Franchise model though is what has sustained over the last seven years despite that, even stretching into MLB 15: The Show now, and the prospect of MyLeague Online for NBA 2K16 is especially exciting.

@HitThePass MLB The Show’s Franchise and Road to The Show. Also, FIFA’s online seasons with my friends.

@HitThePass Road To The Show

@HitThePass It used to be dynasty mode in NCAA Football, but it’s now MLB The Show’s Road to the Show!

@HitThePass Well it was EASHL…but that kinda well…no reminders needed. But MCFM. Good group of people to play with.

@HitThePass It pains me to say this but after thinking about it…FIFA Ultimate Team (I spend no money on it though). It always sucks me in!

@HitThePass Madden online CFM with my fellow BFSL league members! Been in league since Madden 10 when mode was makeshift with no cap etc.

@HitThePass tough one but it’s gotta be CFM in Madden. One of the few modes that I can play multiple seasons in due to length of schedule.