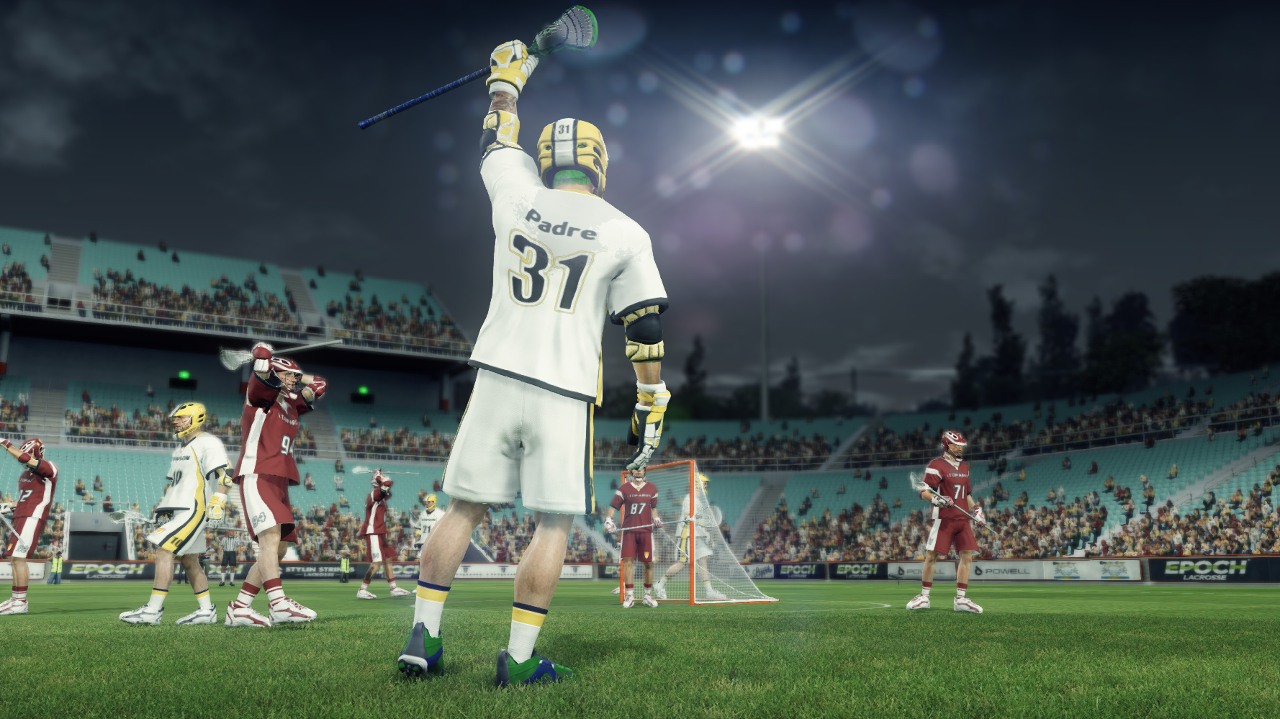 Casey Powell Lacrosse 16 is the first surprise of 2016

One unfortunate result of contraction to the sports gaming genre has been the lack of the “surprise” games that come from seemingly out of nowhere and compliment the league-licensed offerings. In the past they may have even been licensed simulation games that proved alternatives to the titles from major publishers, but more often they were arcade-style games or covered ground with sports that were largely ignored otherwise.

2016 has its first contender to fill that void in Casey Powell Lacrosse 16. The game comes from developers with a pedigree in the sport and in translating others like cricket and rugby to video game form in respectable fashion. Crosse Studios and Big Ant Studios co-developed Casey Powell Lacrosse 16 and, for a first effort on the current generation of consoles, have delivered a game that is fun and shows a lot of promise for the future.

For a growing, but still fringe sport such as lacrosse, it’s important for a video game to demonstrate an understanding of what the fans love about it by tailoring features and gameplay to them, but also make it friendly enough for those with limited knowledge to learn on the fly. Casey Powell Lacrosse 16 succeeds in this regard, with a simple control scheme and free-flowing gameplay. The description that they game would have “the player movement and passing of basketball with the stick control, shooting, and hitting of hockey to create a high scoring, action-packed lacrosse video game” has proved accurate.

Feature wise there’s a standard Career Mode that includes the ability to control the team as a “Coach” or try and build up a single “Player” through a career starting in college or the pros. Also notable is the well-implemented editing and sharing system that is in place, which allows for users to generate real teams and players – 67 colleges and 9 Major League Lacrosse – replacing the generic ones in the base unlicensed game.

What could hold back Casey Powell Lacrosse 16 from reaching a wider audience than just hardcore fans of the sport is the price. At $50 it’s a tough sell for those unfamiliar with the developers and the sport, and consumers have demonstrated in recent years that they aren’t going to take risks with their money – they’ll spend it where they have the most confidence.