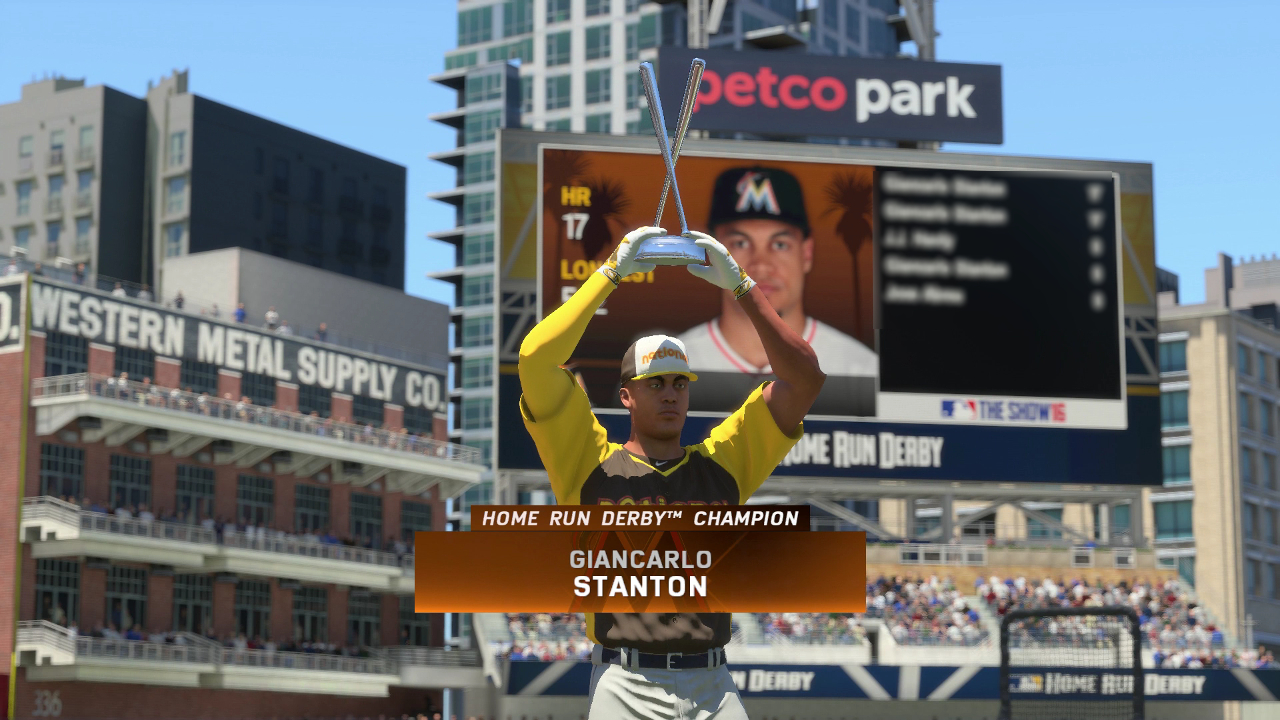 The Diamond Dynasty marketplace in MLB The Show 16 is of course all about supply and demand. In the case of Eric Hosmer and Giancarlo Stanton the latter has been affected in winning All-Star Game MVP and the Home Run Derby respectively and it’s caused the value of their cards to rise considerably in the hours that have followed.

While some may be anticipating ratings adjustments for them it’s more likely that it’s simple awareness that have pushed their values up. Stanton wowed with 61 home runs over the three rounds of the HR Derby. Who wasn’t impressed by that? Who wouldn’t want that power on their team? Hosmer went 2-2 with a HR and 2 RBI in taking home the award. In a crowded field at 1B in in the mode that kind of performance on a national stage makes him stand out.

There’s even other examples such as Will Harris who came in and got a critical strikeout with the bases loaded in the 8th inning to help preserve the victory for the AL. The price of his card is up about 20% today. The celebrated David Ortiz is also up over 20%.

So now it’s clear that it’s not just big performances in the regular season like a No-Hitter or 3HR game that lead to price surges but even exhibitions can provide a boost to a player’s value.

Credit to Daddy Leagues for the Diamond Dynasty price charts.