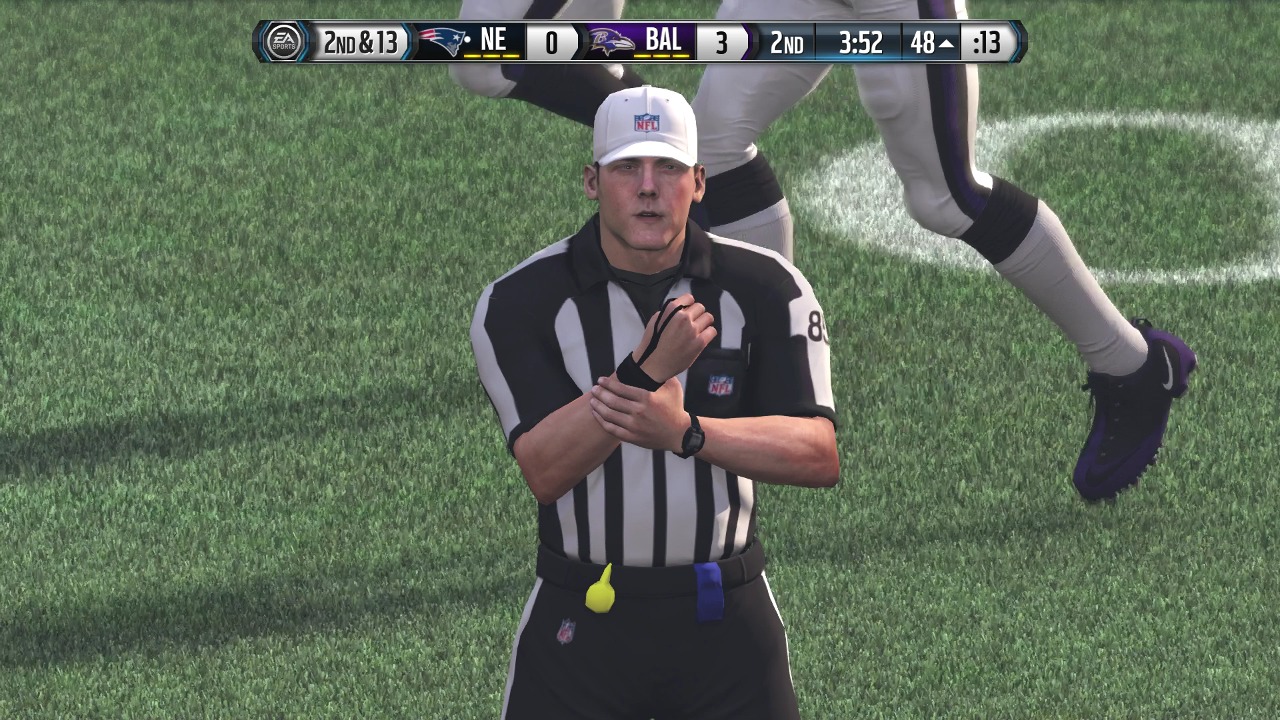 The main tenet of officiating is that a referee’s presence should be apparent to players but not spectators. No one goes to a sporting event to check out the officiating, and a game is best when referees are neither seen nor heard (despite what someone like longtime NBA official Joey Crawford thinks). Optimally, they are faceless and nameless.

In today’s NFL, the referee crew chief is neither. He is heard and seen by millions watching the game through the announcement of penalties and occasionally verbose and amusing explanations of complex calls. These guys, for better or worse, get plenty of face time.

Some referees like Ed Hochuli are more recognizable than head coaches. Others, like Gene Steratore, Walt Anderson and Jeff Triplette, may not be household names, but their distinctive cadences are instantly familiar to many NFL fans. Hearing Bill Leavy or Pete Morelli announce a call is as much a part of the broadcast experience as Jim Nantz or Al Michaels describe the action.

In the Madden NFL series, just like the television broadcast, the referee does the opening coin toss, announces penalties, and is incorporated in various cut-scenes. According to an October 2013 tweet from EA NFL Madden twitter account, Madden’s current nameless man in the stripes is current NFL referee Clete Blakeman. However, in-game there is no recognition either either in graphics or from the game’s audio.

Prior to that, Owen Good reported back in 2012 that Ed Hochuli was the motion capture model for Madden 2006 through 2013. In these editions Ed’s face was not used and, like virtual Clete, he was never named.

In a year where EA has said that it will make penalties more realistic, it would be timely to see licensed referees be incorporated into the TV-style presentation. Other titles, including EA’s FIFA and UFC series, incorporate licensed referees. This makes the game more realistic,  especially in the case of UFC, where the referee is in the centre of much of the action.

By having the referee announce penalties to the crowd and television audience, the NFL is one of the few sports that also puts the referee in the spotlight. While the focus of the action should always be on the field, through its incorporation of licensed coaches and Jim Nantz and Phil Simms, EA recognizes that the immersion is enhanced by incorporating the sights and sounds we are used to seeing on Sunday.

Even if virtual Clete continues to work every game I play, the officiating pursuit in me would love to see the referees in Madden signal first down correctly (you don’t do it with your left hand!) and remove that animation from the sideline officials’ repertoire of moves (only the referee signals first down!).

Introducing licensed referees and better incorporating realistic animations in cut-scenes won’t be a game changer in Madden. It won’t fix the ways that lineman interact, or prevent QBs from taking 19 step drops, or find the magic balance between realistic and fun passing. However, as part of a renewed focus on presentation, licensed referees would demonstrate to fans like me that the studio shares our passion for football.