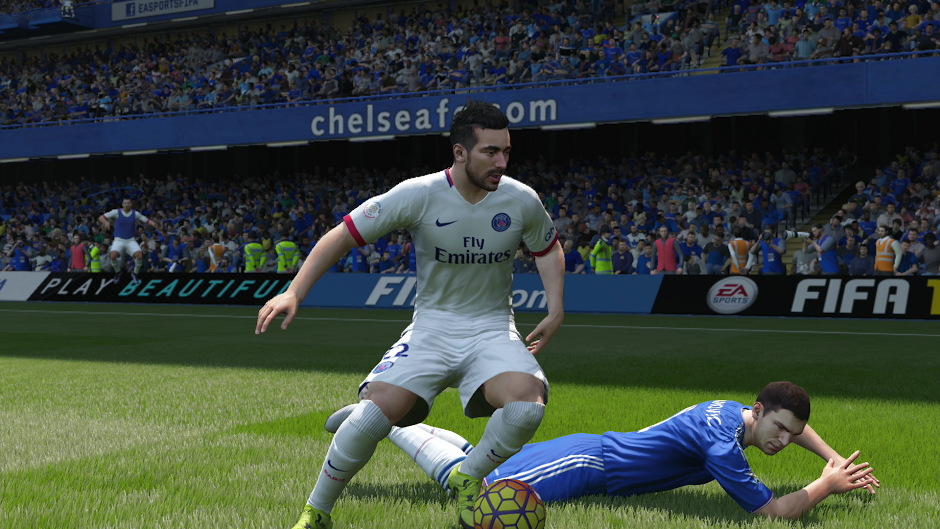 January is the time of the year when retailers begin to take deep markdowns and offer grander sales on items in an effort to move through excess and clearance product ahead of new deliveries. It’s that awkward time between holiday and spring where nothing new is being released but depending on what you are looking for you might find a good deal.

The same goes with FIFA Ultimate Team. This January, the Team of the Year was released and in doing so EA Sports became extremely promotional with their packs. There were at least four special promo packs – one being a 100K pack, 12 players, all gold, all rare during the past week or so. While the rewards were great, most people are oblivious to the hidden consequences.

One of the founding principles of economics is ‘Supply & Demand’ and this is no different in the Ultimate Team marketplace. The fewer of a specific card in the transfer market, the more rare and valuable it becomes. If the market is flooded with too many of a specific card the price will drop because it’s no longer a luxury but a commodity.

Welcome to the hidden consequence of loaded and plentiful FUT packs. In the past few weeks prices in FIFA 16 have been plummeting. Players who were once unattainable are now reasonable. Those who were once reasonable are just downright cheap and that’s fine if you’re looking to buy but sellers should be prepared for losses.

Keep in mind that FIFA utilizes a min & max price range system and so the maximum money you can recoup from a player can fluctuate based on how EA Sports manipulates the scale. For example, if you packed Memphis Depay early his max was set at 110,000 and you probably could’ve sold him for 80,000 in the early months of October. By December his max was 35,000 and as of this week 13,000. Another example is Daniel Sturridge who went from 130,000 in October and is now a blue light special of 20,000 in January. The rule of thumb in FUT for maximizing profits is to sell all the good players early and then buy them late.

I took advantage of those promo packs and struck gold. I packed a TOTY 93 Modric, IF 87 Gonzalo Higuain, 88 David Silva, 84 Dani Alves and 85 Yaya Toure to name a few. Instead of building a mega team I literally sold off all these players along with my all French team loaded with In-Forms of Benzema, Lacazette, Payet, Koscielny, Kurzawa, Valbuena and gold Paul Pogba. I would rather have the coin in hand right now than wait for additional In-Forms and Winter Upgrade cards devaluing the worth of my current players. The outcome was 2.7M in coin. 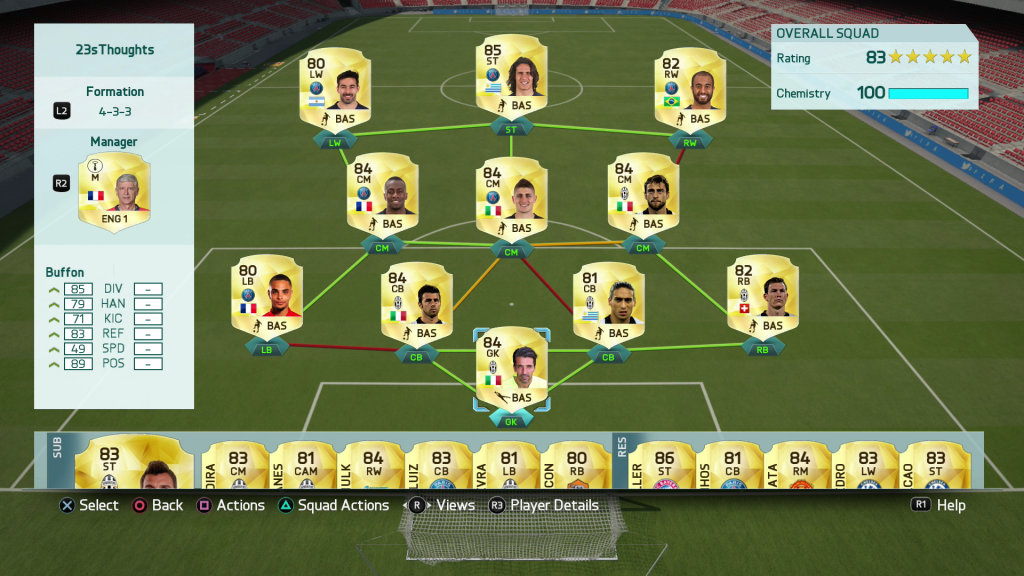 With no players assigned to my club, I needed to build a team to keep going until I’m ready to construct the team my All-Star team. So I designed the cheapest but most playable and effective team I could while spending less than 30,000. I set that as my budget and I came in a few thousand under that target. The team is rated an 83 Overall and has 100 Chemistry. Virtually every single player was acquired for less than 2,000 coins. The most expensive card was Marchisio at around 5K but guys like Caceres (amazing pace) and Lavezzi were slightly above drop value. I put more emphasis on cohesion and chemistry than overall rating which you’ll see with higher rated players left on my bench. 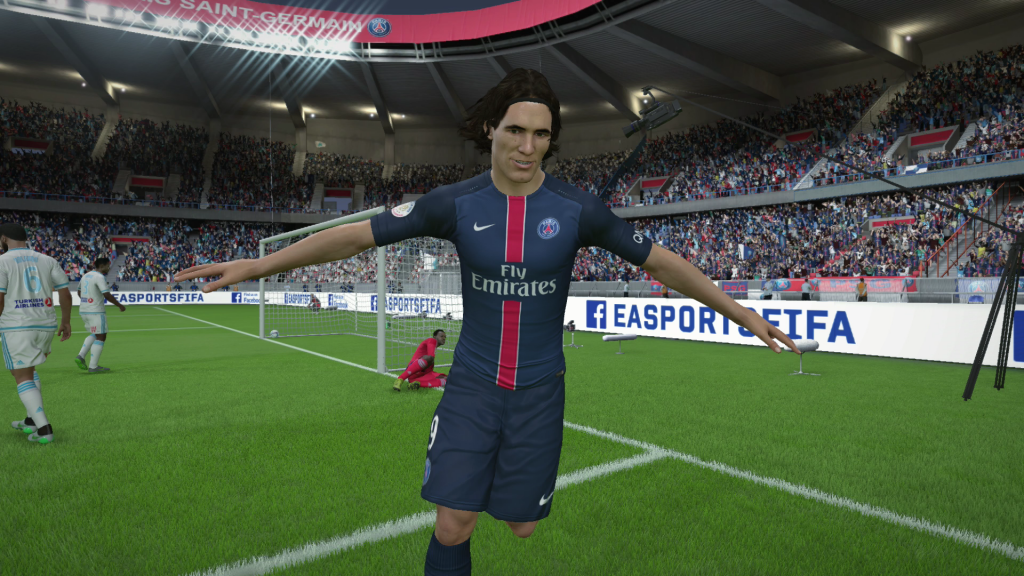 Edinson Cavani – I was shocked to see that Cavani was so cheap considering he’s always been a deadly player in FUT. Getting an 85 rated striker for 1,700 coin is a bargain like no other. Imagine finding a high-end gem at T.J. Maxx. Cavani doesn’t do anything particularly spectacular but he does a lot of things very well. He has 85 finishing and 85 shot power traits and he has a stamina rating of 90 which is fantastic. Cavani is strong in the air and he has a knack for finding goals. I highly recommend him as a lone striker option.

Ezekiel Lavezzi – Some people believe in FUT chemistry, and some don’t. I happen to lean to the believer side. Since Cavani is my striker I needed to pair him with guys who have strong links. Who better than his Paris St. Germain teammates? Lavezzi is an interesting player. Back in FIFA 13 he was rated an 86 and has dropped each year since (86/85/82/80 in successive years) yet even as an 80 Lavezzi holds value. He’s a pace and dribbling guy and not much else but with four star weak foot and skilled dribbling he’s a nice asset to have on the left wing. He can score goals but with shot ratings in the 70’s he’s better used as a pace setter and speed distraction.

Lucas – Similarly on the right flank is Lucas another PSG’er. Lucas and Lavezzi are virtually the exact same player. Lucas is slightly better in every category. His speed and dribbling make him someone the defense needs to pay attention to at all times. He will score if the opportunity presents itself but he’s not a sniper by any means. His 93 pace and 95 acceleration rating makes him a poor man’s Theo Walcott. 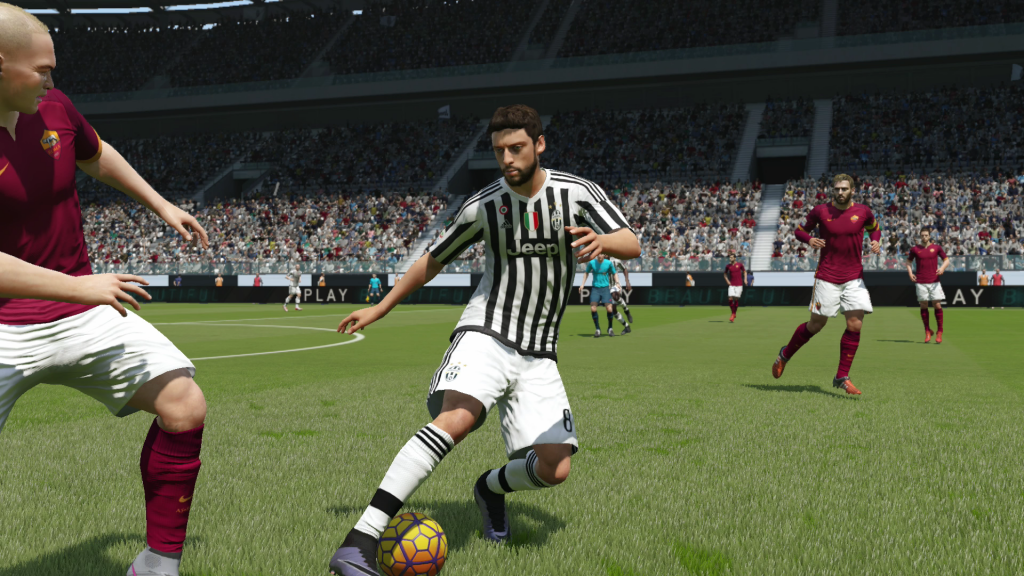 Marco Verratti – I’ve never used Verratti before but with an 84 overall rating, a price under 2,000 coin and linkable chemistry to both my forwards and defenders taking him on was a no brainer. In doing research on him he’s a playmaker plain and simple. The card rating only shows an 83 passer rating but the deeper traits reveal 90 short passing and 87 long passing. His rating is brought down due to lower scores in crossing, free kicks and curve which is fine because I personally don’t need those. Verratti is my point guard, a Ricky Rubio type who isn’t the most athletic but will excel in the right system. He’s very short at 5’5” so don’t expect him to win any headers and his pace (68) isn’t great so he’ll lose a foot race as well but with ratings above an 85 in balance, agility, reactions, ball control and dribbling he’s an awesome creator in the midfield.

Blaise Matuidi – Scoring check. Pace check. Playmaking check. It’s time to lock this team up with some defense. Blaise Matuidi is one of the most under-rated players in FIFA 16. His 84 Overall rating is probably justified but he performs like an 86 during some matches. Matuidi has solid 75 pace for a midfielder and has an uncanny 94 stamina to go along with 84 aggression trait and 81 physical rating. I usually put the engine consumable card with Matuidi because you can sprint all game long with him and he’s the Energizer bunny. He’s a good short passer with high interception and tackling traits. He’s nearly the perfect defensive midfielder and only 2,500 coin.

Claudio Marchisio – To round out the midfield I found yet another 84 rated player who fits perfectly into the team’s chemistry and my on-field strategy. Marchisio is a versatile guy who does everything. I had to “break the bank” with him paying 5,000 coin but he’s well worth it. When you look at his card on Futhead, there isn’t one single trait that is red. There is nothing to complain about with Marchisio: 89 stamina, 85 short passing, 83 long passing, 85 ball control, 81 pace. For those of you fancy FUT players he’s also in the 4-star weak foot and skilled dribbling club. 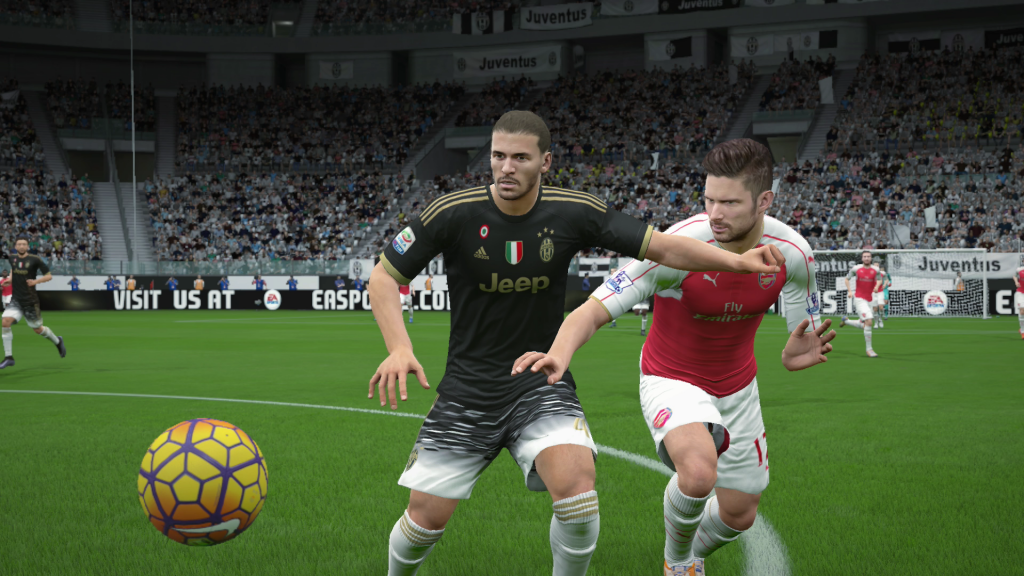 Stephan Lichtsteiner – Do you see a pattern here? This starting squad is made up entirely of players from Paris St. Germain and Juventus. The chemistry works perfectly and these two teams happen to have a boat load of players who are very good for very cheap. Lichtsteiner is a very solid option at right defensive back especially when you consider how shallow the talent is at that position for non In-Form cards. Lichtsteiner is the second highest rated RB in the game (non-IF) behind Dani Alves and tied with Pablo Zabaletta. For my corner defenders I’m looking for two things: Pace and Defensive Ratings. Lichtsteiner has 83 pace, 85 sprint speed, 91 stamina traits along with 80 defending and 83/86 standing/slide tackle traits respectively. In my first game Lichtsteiner actually scored a goal off a set piece which was pleasant surprise.

Martin Caceres – My secret weapon for the past few years in FIFA has been Martin Caceres who has phenomenal speed for a central defender and very strong defensive stats. His 83 pace puts him as the fastest gold non In-Form CB in the entire game. On defense Caceres makes up for a lot of other player’s sins. His speed creates an opportunity for quick recovery and his 86 defensive rating with 87 traits in standing tackles, slide tackles, marking and 93 jumping make him the most valuable man on the field. His stamina is a 75 so be careful not to abuse the turbo button because he would be a candidate for a 70th minute substitution.

Andrea Barzagli – The perfect compliment to Caceres’ athleticism is a more controlled and tactical defender. Barzagli has very good speed as well with a 75 rating but he’s more stable than Caceres. The way I see it, Caceres is very high risk, high reward while Barzagli is slow and steady wins the race. His overall defensive rating is an 88 and the sub traits are all 89’s except for heading in which he is average. Barzagli has more strength (83 vs. 71) so use him in more physical situations if you’re going up against strikers like Diego Costa or Wilfred Bony. Let Caceres be the one to chase down Aubameyang or Daniel Sturridge.

Layvin Kurzawa – The casual FUT player probably has no idea who Layvin Kurzawa is, and would probably insert Patrice Evra in this spot. That would be a mistake. Evra is rated slightly better at defense but all other categories belong to Kurzawa. The biggest strength for Kurzawa is his ability to help out on the attack. He has an 81 crosser rating making him a resource for pushing forward and creating opportunities in the box especially in late game situations when a goal is needed. Kurzawa has a very good 82 acceleration trait and 80 stamina rate that plays like a 90 because I’ve run him ragged all over the field in games and never had to sub him out. He’s only 23 years old and improving every week as evidenced by his two In-Forms cards already this season.

Gianluigi Buffon – He may be 37 years old and probably has lost a step but Gianluigi Buffon is still the man. The day he retires he’ll immediately be a FUT Legend. He may not have the boot like Manuel Neuer or the reflexes of David De Gea or speed of Hugo Lloris but Buffon is still one of the best at positioning and diving. He’s second only to Neuer at positioning with an 89 rating and he’s on par at diving with the likes of Joe Hart, Steve Mandanda and Neuer. Buffon puts himself in a position to succeed and make saves. You rarely have reason to yell at the television “What the heck are you doing?” when Buffon is in net. His green chemistry links to both central defenders are invaluable especially when these are the three most important positions on the field.