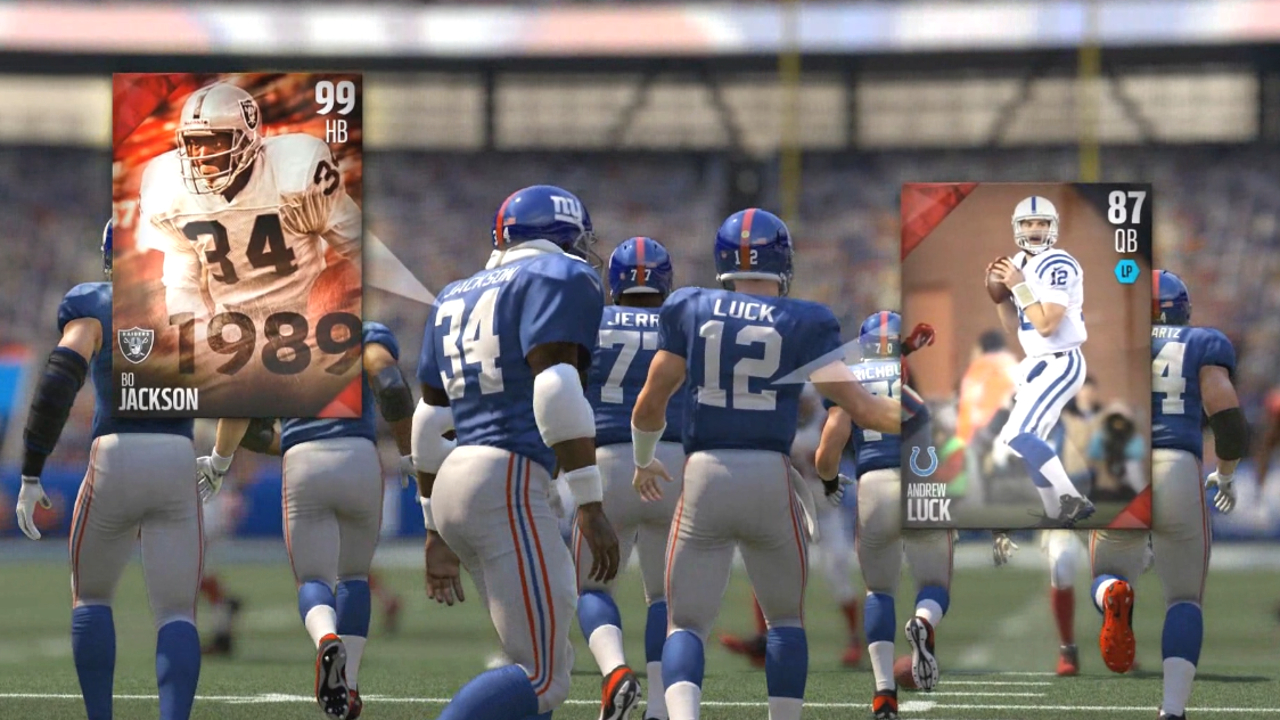 Get Busy Spending, Or Get Busy Grinding

Madden Ultimate Team enters its 7th year of existence with the release of Madden NFL 16. Having started as a late season add-on in Madden NFL 10, the mode that is affectionately referred to as “MUT” has become the centerpiece of the franchise and a huge moneymaker for EA Sports. 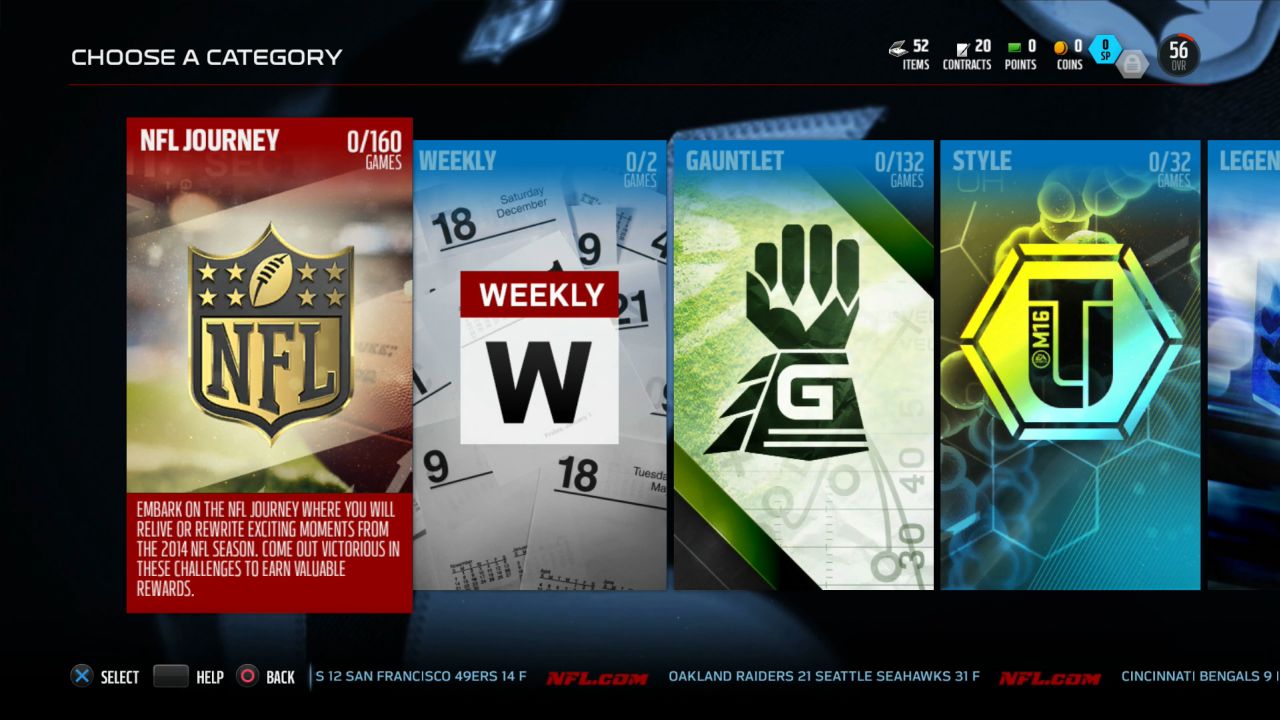 One of the major complaints, and common misconceptions, about Ultimate Team modes is that you can’t be good at it without spending your hard-earned cash. Real-world funds are used to purchase Madden points, which then in turn can be spent on packs of cards with differing potential rewards. The higher the cost of the pack, the better chance of big rewards.

Even now, some of the more dedicated MUT players who in the past have spent hundreds, if not thousands, of dollars on MUT have found it as a source of pride to also do a “no money spent.” The real question becomes “Is that a viable way to play Madden Ultimate Team?”

I believe the answer is “yes” – with the caveat that you’ll need to play a lot (known as “grinding”) to be able to generate the amount of coins needed to build a high quality team.

So, let’s grind for MUT coins! Here is my recommended path: 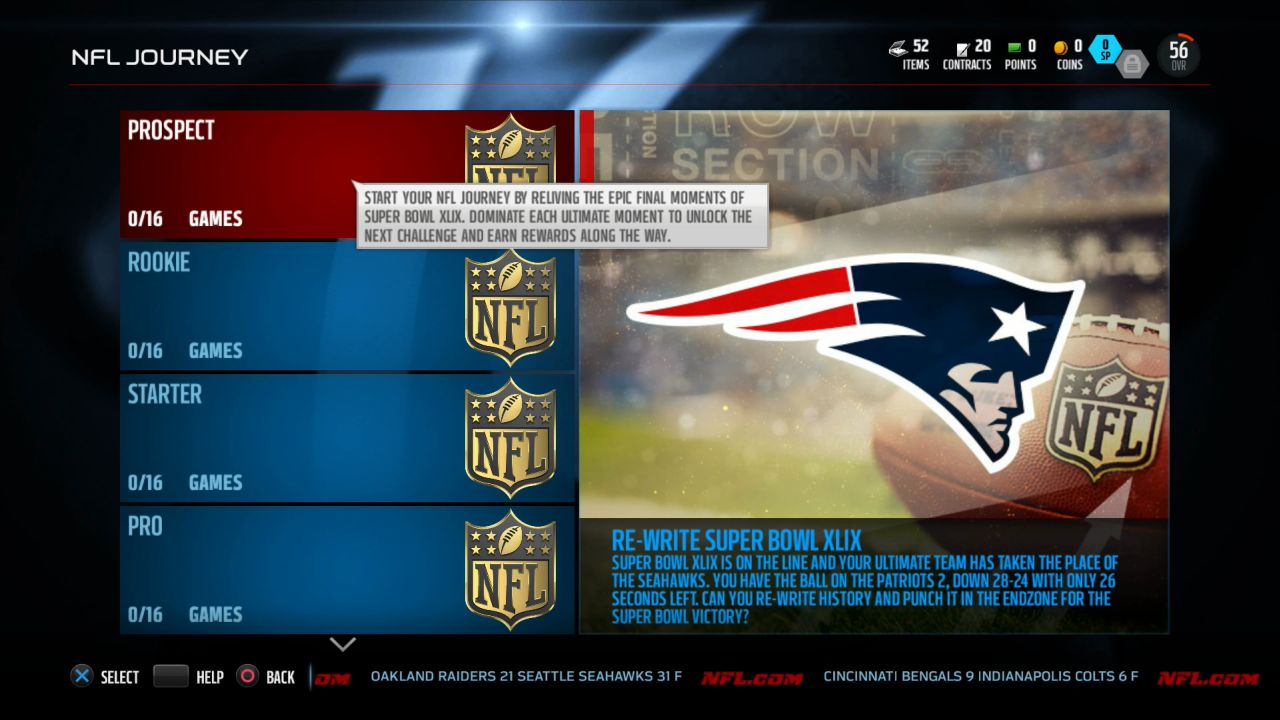 1: Start with the NFL Journey group of solo challenges. These all throw you into the second half of a game that you need to win. In the NFL Journey there are 10 sub-groups of 16 games each that progressively get more difficult.

Knocking out the first three or four sub-groups will net you between 36,830 and 52,480 coins, as well as numerous player and contract packs along the way. With that you’ll be off to the races. 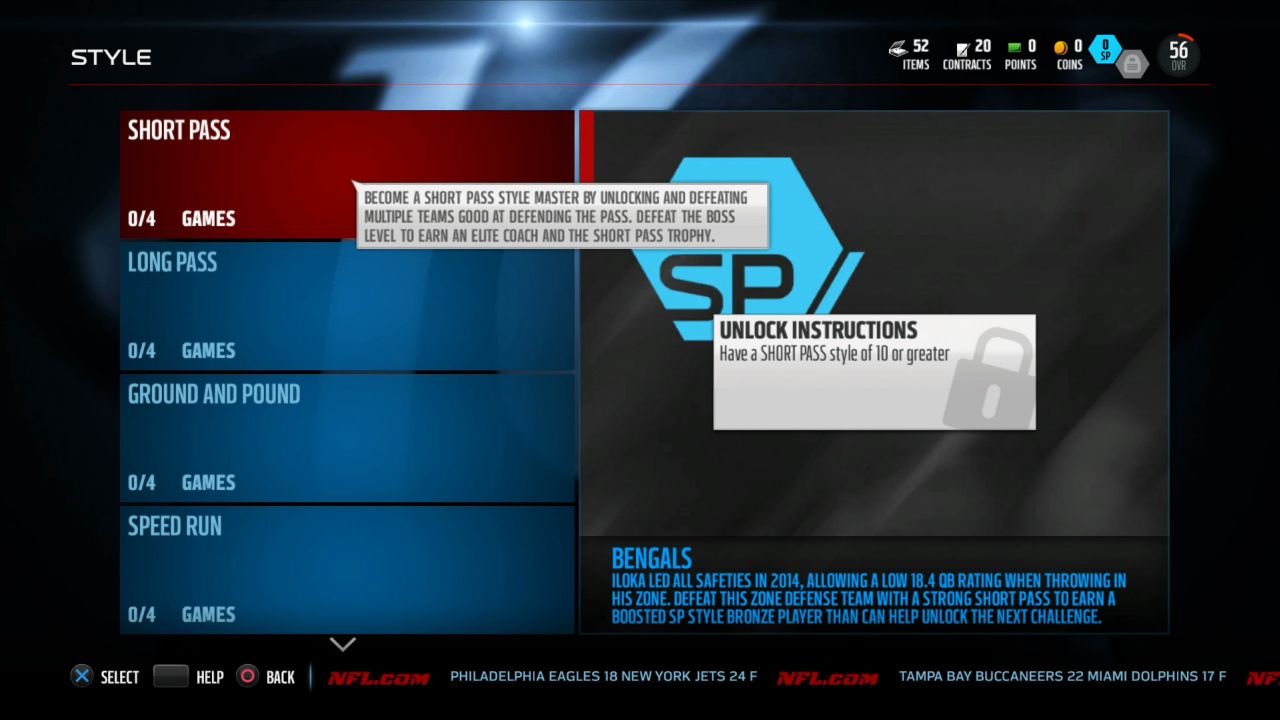 2: After finishing three or four NFL Journey groups, I would then recommend attacking the Style solos. These are four games in each of the eight style groups that require your team to have a minimum Style rating (10, 40, 70, 90). This works best if you have a group of friends and you can each focus on a Style or two each and pass around the cards. Also, be sure to look for special cards with increased Style boosts.

Completing the entire Style solo group will net you 80,000 coins, 32 players with boosted Styles, eight Elite coaches, one for each Style with Style boosts as well as additions team boosts, ie. +1 to Catch In Traffic. Also, when you finish each grouping, you’ll receive a Badge for the Style Master set, which when complete will give you a 92 Overall Tony Romo, a 92 Overall Glover Quin and a MUT Master collectible. 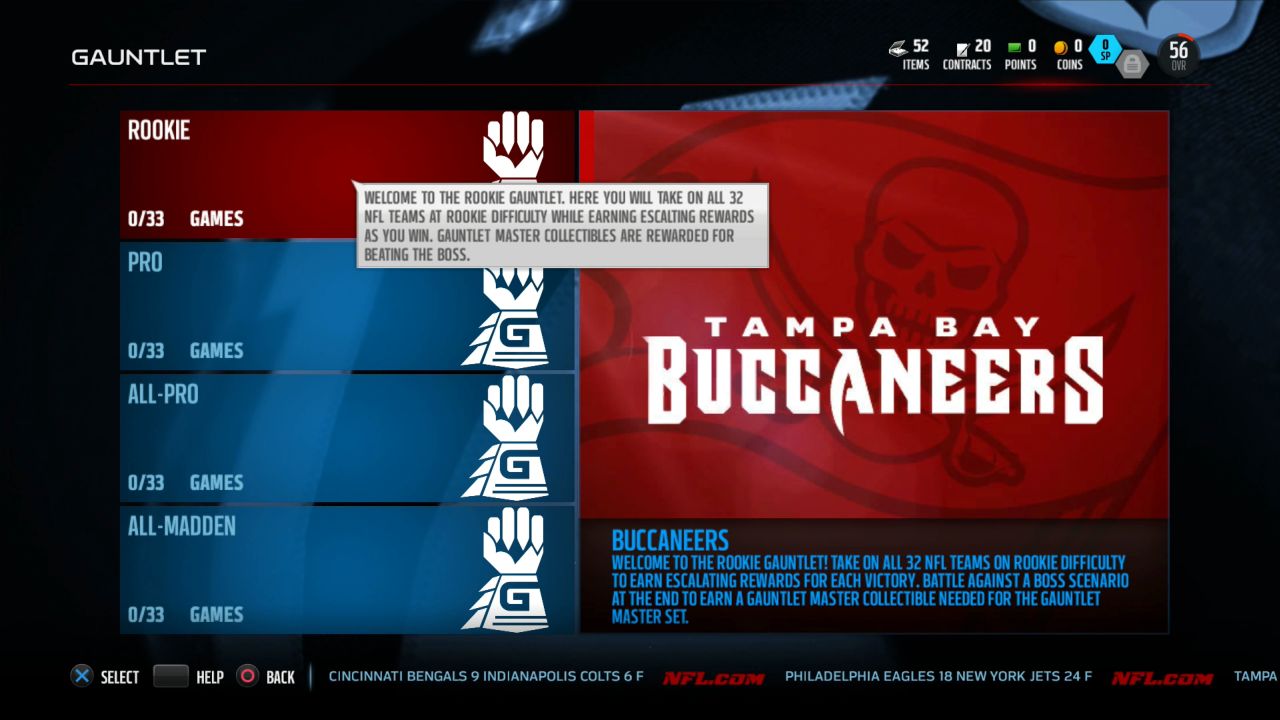 3: From there, you can continue to down the NFL Journey and go through the harder levels. Completing the NFL Journey will give you a total of over 150,000 coins, a 90 Overall Jameis Winston card, as well as a number of other player and contract packs.

Also, you can begin working your way through the Gauntlet, which has you play every NFL team at each of the four difficulty levels in the game. Each level of the Gauntlet will earn you 24,600 coins, as well as multiple player packs, and a Gauntlet Master Collectible.

These have been the big ways to earn coins without playing online. Of course, you can play Head to Head Seasons, and battle your way through the online rankings, but this is something I wouldn’t recommend you do until your team is around an 80 Overall. 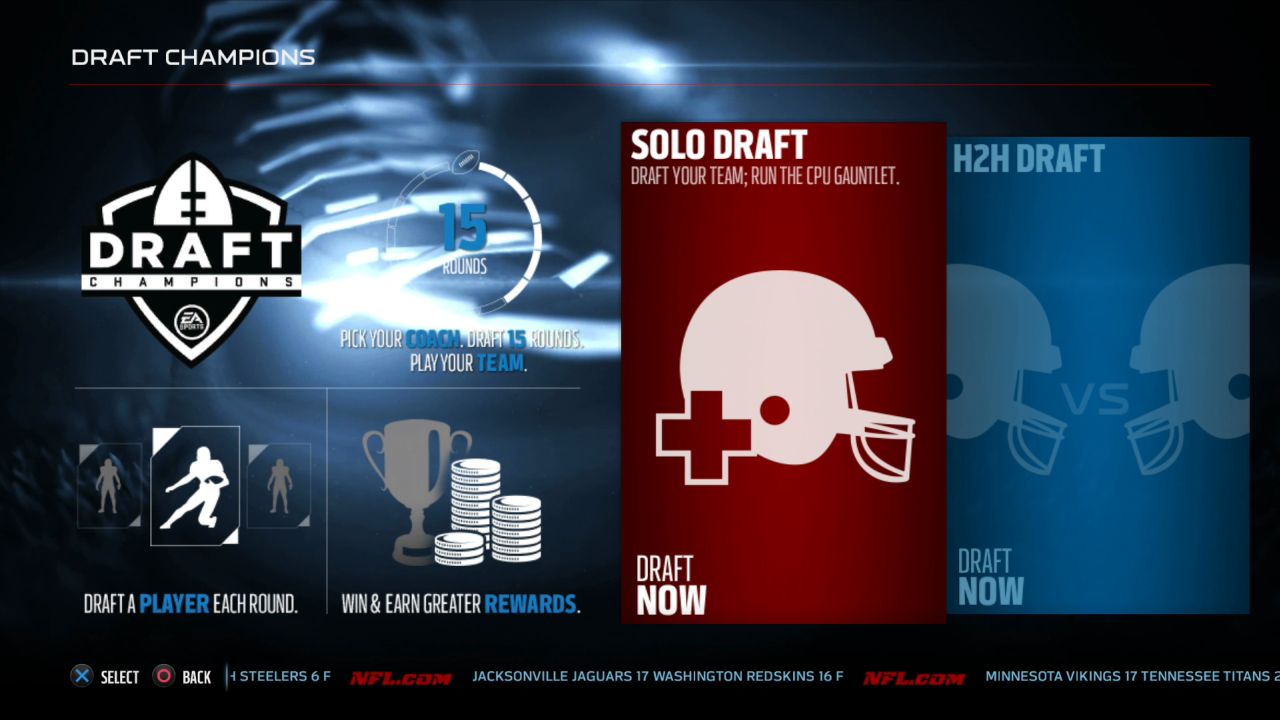 Also, while working through all of these Solo Challenges, you should also spend some time checking out Draft Champions. Draft Champions allows you to play online or offline with a CPU-generated base team; you go through 15 rounds of a draft in which you pick one player from a group of three to add to your team. Here you can earn cards, coins and Draft Champions badges. When you have enough, these can be redeemed for a two-pack of Elite player cards or special Draft Champions editions of either Adrian Peterson, Michael Crabtree, Tim Tebow, Patrick Peterson, or Terrell Suggs.

Hopefully this little walk through will help guide you in getting started with Madden Ultimate Team, the #NoMoneySpent way. In the next Card Room post, we’ll talk about just what your money can buy for you, and if spending $75 on a bundle of 60 Pro Packs is worth it.