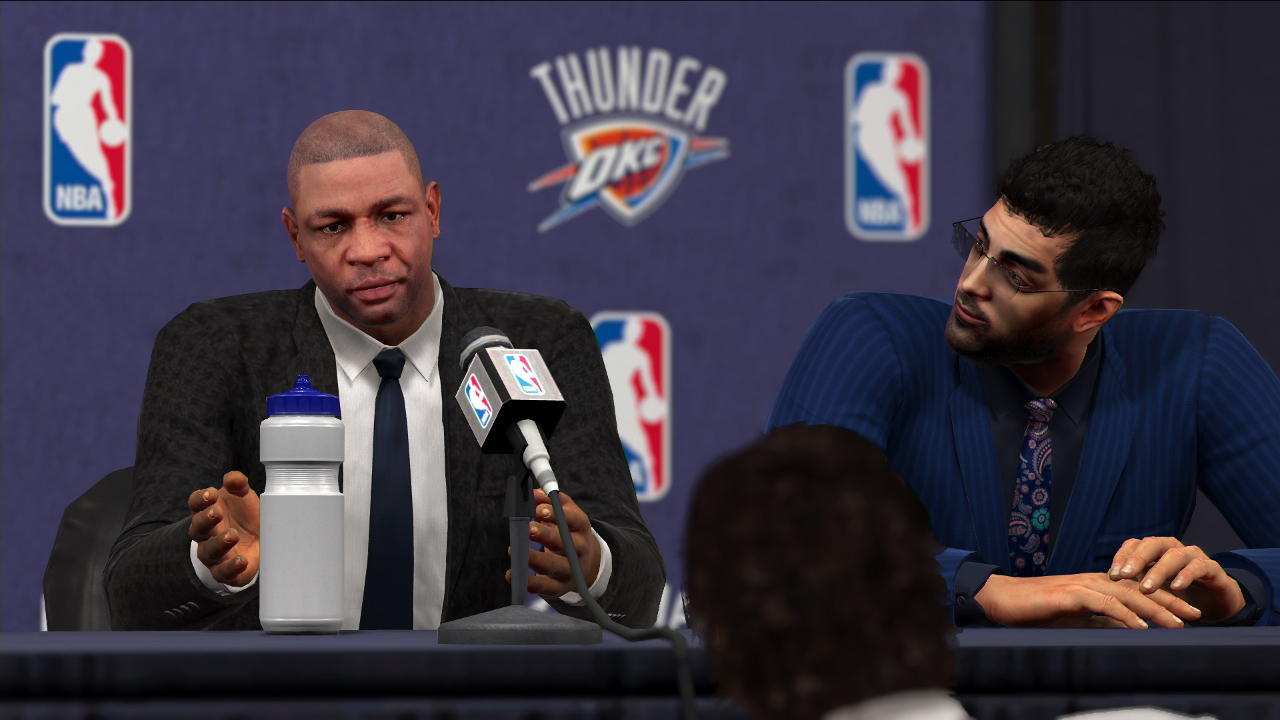 If you could take a feature from one game and put it in another, what would it be?

Sports game fans have a lot going on these days, as Madden 16 joins MLB 15 The Show and Rory McIlroy PGA Tour on store shelves, with NHL 16, Forza 6, FIFA 16, Pro Evolution Soccer 2016, NBA 2K16, and NBA Live 16 all landing before the end of the month. As we compare modes in games and various experiences, it got us thinking – what do some of the games offer that we wish others did? Do some of us want immersive drama in Madden, a la NBA 2K? Do some of us want online leagues in FIFA, a la Madden? We asked the team at Hit The Pass as well as our great community; here’s what they had to say.

What mode would you steal from one game and put in another?

Major League Baseball 2K6 featured an expansion mode where you built a new franchise from scratch using supplementary draft picks and compensatory waivers. This mode would be great in Madden and a welcome addition to the ability to move existing franchises.

Clearly I think everyone wants an Online Franchise mode for FIFA. However since it seems EA wants nothing to do with that, I’ll make another suggestion.

Creation options are fantastic in games like MLB: The Show and NBA 2K. However they’re far too complex and time consuming for most people. I don’t even attempt to design unis in The Show’s Diamond Dynasty…and from playing other people online it seems most of them don’t either.

Putting aside the copyright concerns these companies have, a TeamBuilder feature for any of the sports games would be fantastic. I was able to create some great looks for NCAA Football and it was very easy and simple to do so by importing logos and taking the colors right out of them, all on my computer, and then having them transfer over to the game.

F1 Beyond the Limit on the Sega CD had this great feature called 1993 mode, where it put the player directly in control of dramatic moments from the previous F1 season. For example, Ayrton Senna’s dramatic win in changing conditions in the 1993 Brazilian Grand Prix. The game put you in his car in the final few laps, leaving you to decide whether to pit late for dry tires or stay on wets. Either way, you had to match his winning result to pass the challenge.

The NASCAR Heat and NASCAR Thunder series both emulated this feature a few years later, adding actual driver interviews and commentary to the mix. It added a new dimension to these games, and gave me a new appreciation for the real-life drama of motor racing. Codemasters (F1) and DMR (NASCAR) really need to bring this feature back in their respective series.

I’d love to see a Skills Trainer (from Madden) mode make its way into the NHL games. Players can learn about set plays, practice dekes, how to play goalie, and so on with this mode of play. It would enhance the Be A Pro mode, since players would better understand on-ice positioning and the role played on the ice based on called plays or even positional responsibilities.

I also wouldn’t mind seeing a Draft Champions mode in the NHL games, either.

The addition of Draft Champions to Diamond Dynasty would give players the ability to play with players they otherwise couldn’t afford, as well as add more variety to the teams that are fielded. I think it would be a great compliment to the existing Diamond Dynasty mode.

I’d put FIFA’s Online Seasons mode in Madden. Yes, I realize that it is technically available in Ultimate Team, but it’s nowhere to be found in the normal ranked mode. It’s just your typical, barebones head-to-head.

The cool thing about FIFA’s Seasons mode is that it makes you feel like you’re actually playing out a full season. The commentators will reference past defeats, talk about your chances of moving up or getting relegated, and become steadily more enthusiastic as you get closer to winning a championship. It gives you a concrete short-term goal to work toward, which goes a long way toward holding your interest long-term.

For Madden, the model for Online Seasons is already in place in MUT. Seasons would last approximately ten games, with five wins earning you a wild card berth and eight wins getting you a playoff bye. You would then play through the playoffs and try to win a Super Bowl. In essence, it would be an online mini-league.

Mostly, I just want a real reason to play online head-to-head. The current system doesn’t do it for me. In an idea world, it would provide another avenue for grinding coins/cards in MUT alongside Draft Champions; but absent that, getting promoted would be pretty much its own reward. It would also provide Madden with more balanced matchmaking than the current system.

Basically, anything is better than what Madden has now. Ranked head-to-head been allowed to lay fallow for much too long. Time for Madden – and every other sports sim – to follow in FIFA’s footsteps and offer something a little more substantial for their online head-to-head modes.

Worlds colliding in the best way possible – MLB:The Show’s Road To The Show is an amazing game mode. Taking your player and moving through the minor leagues all the way up to the Majors is an arduous task that accomplishes the feat of making a promotion feel special. The only problem is that with an 162 game season it is nigh impossible to complete multiple seasons, not to mention a career before the next iteration of the game releases. Sony San Diego found a solution, your RTTS career can be continued from one year to the next!

This feature needs to be “borrowed” by the good folks at 2K for their NBA 2K series. MyCareer is arguably sports gaming’s best career mode but there is so much of the latter parts of your player’s career that you’ll never be able to see. I play an INSANE amount of MyCareer every year but I can never progress beyond 3 seasons of my career. Adding the ability to continue a career from one iteration to the next is something that is desperately needed and would be welcomed, with trumpets, by this gamer!

Like many others, the obvious answer for me is online leagues in FIFA. It doesn’t even need to be super-complicated; I’m fine with no transfer windows and scouting. Just let me play a single season online with my friends, keeping track of standings and individual leaders and I am more than fine. Any teams from any leagues around the world, or limit it to within the Premier League or La Liga or MLS. Doesn’t matter! Since my sports game plate is so full this year, this is the reason I won’t be buying FIFA 16.

Madden’s Ultimate Team mode has has always interested me in theory. In practice however it just falls flat. I didn’t understand why that was as I enjoy Madden and the card-collecting on their own, until I gave Diamond Dynasty a try in MLB 15: The Show.

The cards in that game have weight and are dynamic. Having only one version of each player makes the cards feel special. Their changing ratings, both up and down, in the hierarchy keeps positional changes always in play.

Madden’s multiple card versions make the cards seem numerous and common. It borders on being confusing, having to attempt and keep track of what a specific card for a player does compared to the numerous other versions.

The value in collecting comes when you know that the you have something rare and special. Ultimate Team needs this if they want real life collectors to care about their cards.

@hitthepass nba 2k’s my career and put it in madden

@HitThePass NCAA 14's presentation into Madden. Would love to see updates from other games and such again.

@HitThePass take block scheduling from the show and add it to M16 — bizzy rg (@BizzyBizzyrg) September 7, 2015

@HitThePass @pastapadre The single-player content from MLB The Show and put it into Madden.

@HitThePass MLB The Show’s Road To The Show to Madden where you started in High School and moved through college. — Brian Whitman (@slimwhit33) September 7, 2015

@HitThePass @pastapadre the show live and put it in madden.

@HitThePass @pastapadre NBA 2k’s Free Agency (choosing which players to sign after they accepted a deal with you) in Madden 16. — Franchise Nation (@Moonlightswami) September 7, 2015

@HitThePass Take Madden 15’s CFM and place it in Madden 16.

@HitThePass I would put the card layout of madden ultimate team into FIFA and live. It’s more exciting and nostalgic to open packs of cards — Jason overfelt (@thejbone29) September 7, 2015

@HitThePass Madden’s platform availability and apply it to The Show.