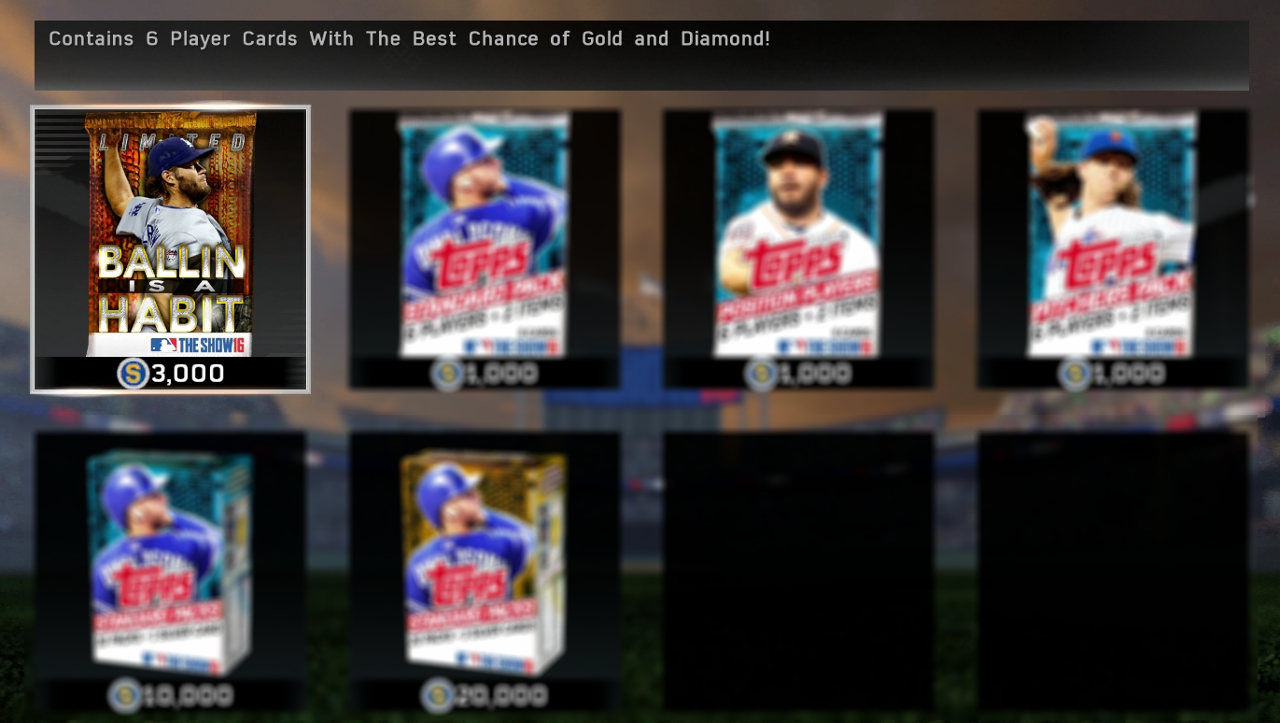 Is the Ballin’ is a Habit card pack in MLB The Show 16 worth buying?

Today the eighth special limited-time pack of the season made its way into MLB The Show 16. For the most part these packs have proven to be questionable investments as the promise of “increased chances” at pulling higher valued cards has remained pretty hollow. Increasing already miniscule odds by slight amounts does not justify paying at over four or more times the price of a regular pack and it might be more wise to spend directly in the marketplace instead.

The Ballin’ is a Habit pack includes six player cards with what’s said to be the “best chance” at getting Golds/Diamonds. They also contain the first opportunity to grab some new Postseason, Prime, and Rookie Flashback cards. So is this a pack worth purchasing?

This could be one of the better special packs to-date though probably still somewhat overpriced. It’s the new Flashback cards all being extremely valuable pulls which holds the pack up, plus a “Discoveries” mission is tied to Rookie Joe Mauer that makes it something that will be highly pursued. It’s a solid 3K offering but of course all packs are reliant on luck so results will vary.

Added to the player pool today: 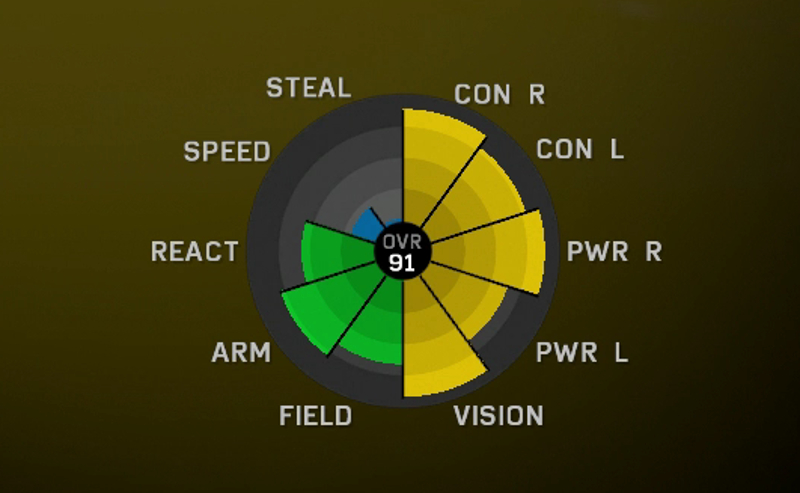