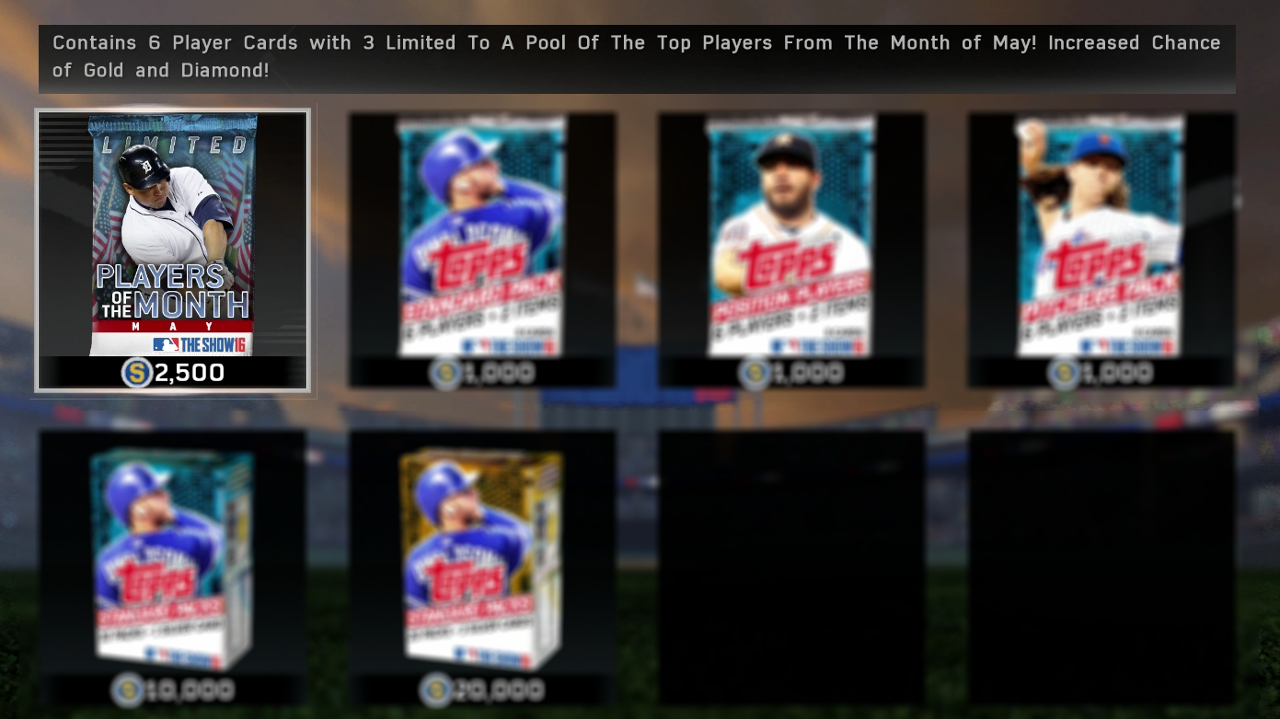 Is the May Players of the Month card pack in MLB The Show 16 worth buying?

Today the seventh special limited-time pack of the season made its way into MLB The Show 16. For the most part these packs have proven to be questionable investments as the promise of “increased chances” at pulling higher valued cards has remained pretty hollow. Increasing already miniscule odds by slight amounts does not justify paying at over four or more times the price of a regular pack and it might be more wise to spend directly in the marketplace instead.

This new “Players of the Month” includes six player cards with three of them being drawn directly out of a pool of the best players from May. There’s also the supposed “increased chance” of drawing Golds/Diamonds.

This pack is being sold for 2,500 Stubs which is at least more reasonable than those which have been coming out at 3,000. The reason it’s cheaper however is because no new Flashback cards have been added this week and the “increased” chance at the higher tier of cards apparently isn’t quite the “double” that has been featured in other packs.