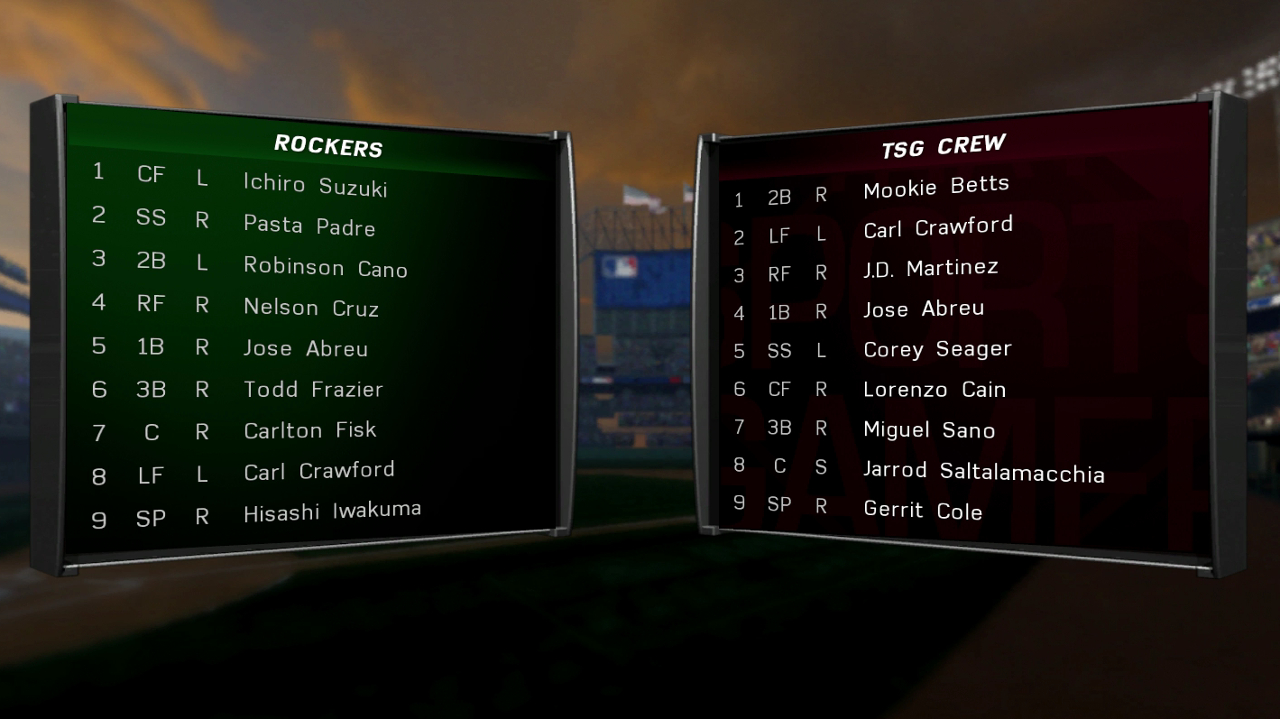 It’s unquestionably one of the greatest rivalries in sports video games – Pastapadre and ThatSportsGamer – and here is the first battle between the two in MLB The Show 16! It’s a matchup of Diamond Dynasty teams in what’s surely the first of many to come.

Randomly selected to take the mound is Hisashi Iwakuma (Pastapadre) and Gerrit Cole (ThatSportsGamer). Led by 2001 Ichiro and a roster that just added Nelson Cruz, Pastapadre is tasked with holding down ThatSportsGamer’s lineup anchored by the powerful J.D. Martinez but also featuring several speedy players.