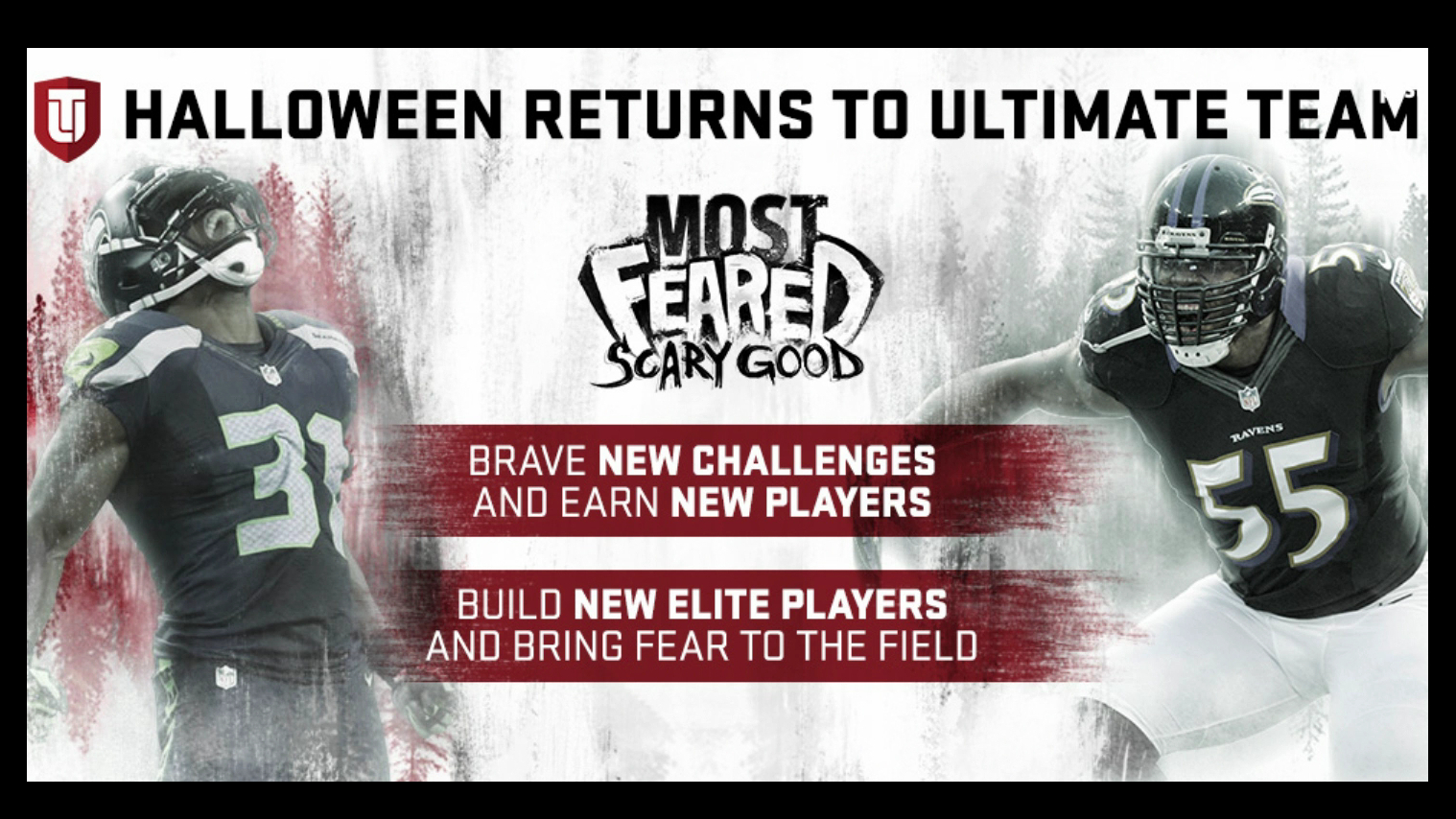 Most Feared in Madden NFL 17 Ultimate Team is Here!

EA Sports has been on a role with new campaigns in Madden NFL 17 Ultimate Team. Just this month they have rolled out the October Gauntlet, NFL Journey, and Breast Cancer Awareness programs. The rewards have helped make this year’s Ultimate Team one of the most inviting ever, as a very good roster could be put together simply by playing Solo Challenges rather than feeling pressure to spend money simply to compete or even enjoy the mode.

The latest promotion to roll out in MUT is Most Feared which ties into Halloween and even features a neat gimmick on the weekend of October 29-31. Here’s a look at everything related to Most Feared which will end on November 4.