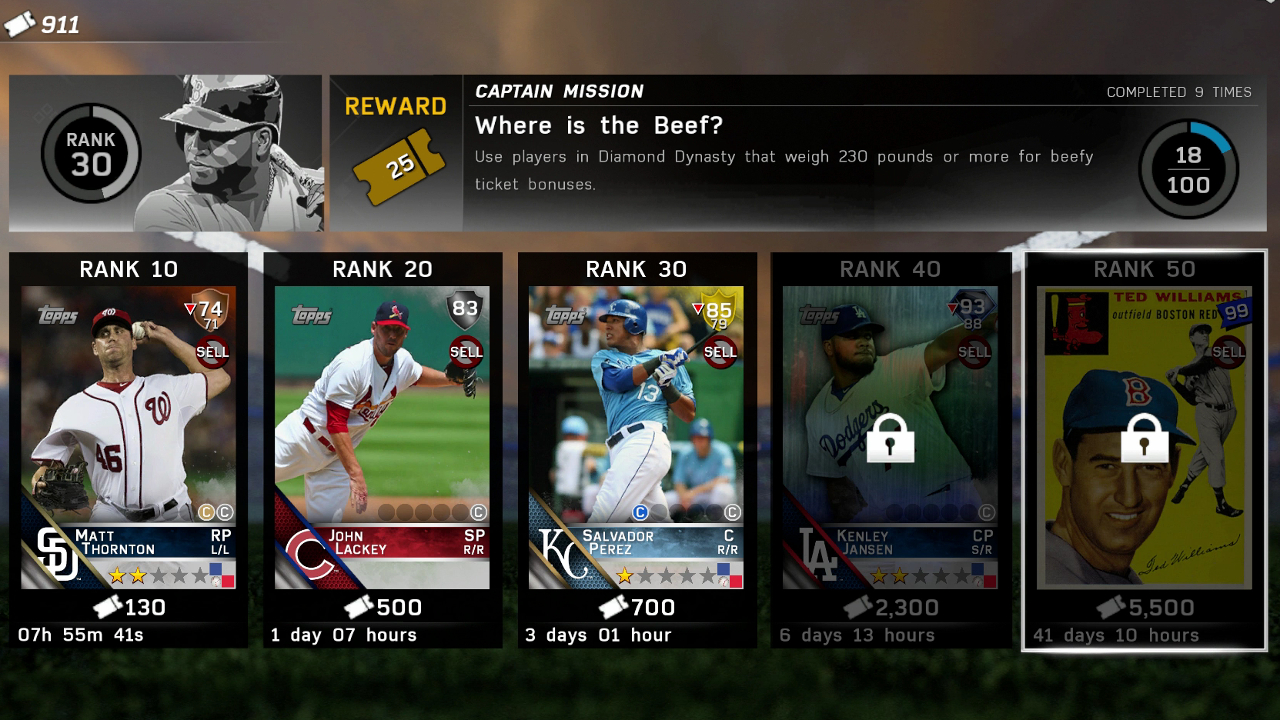 The Captains feature introduced with MLB The Show 16 provided another way to earn valuable cards in Diamond Dynasty mode. Tying in with XP, and utilizing “Tickets” that can’t be bought instead of the in-game currency used with everything else, the tiers originally capped out at “Rank 30” where Gold or Diamonds would be offered new each week. Now though developer Sony San Diego has added two tiers above that by opening up ones for level 40 and 50.

There’s no doubt these are incredibly enticing prizes dangled out in front of Diamond Dynasty players but thankfully they won’t be easy to obtain and because of that they’ll remain rarely seen in games. Reaching “Rank 50” for a single captain requires an incredible time commitment, as does earning enough tickets (4,150-5,500) to make the purchase once there. Cards secured through the Captain Stores can not be sold or purchased through the marketplace.