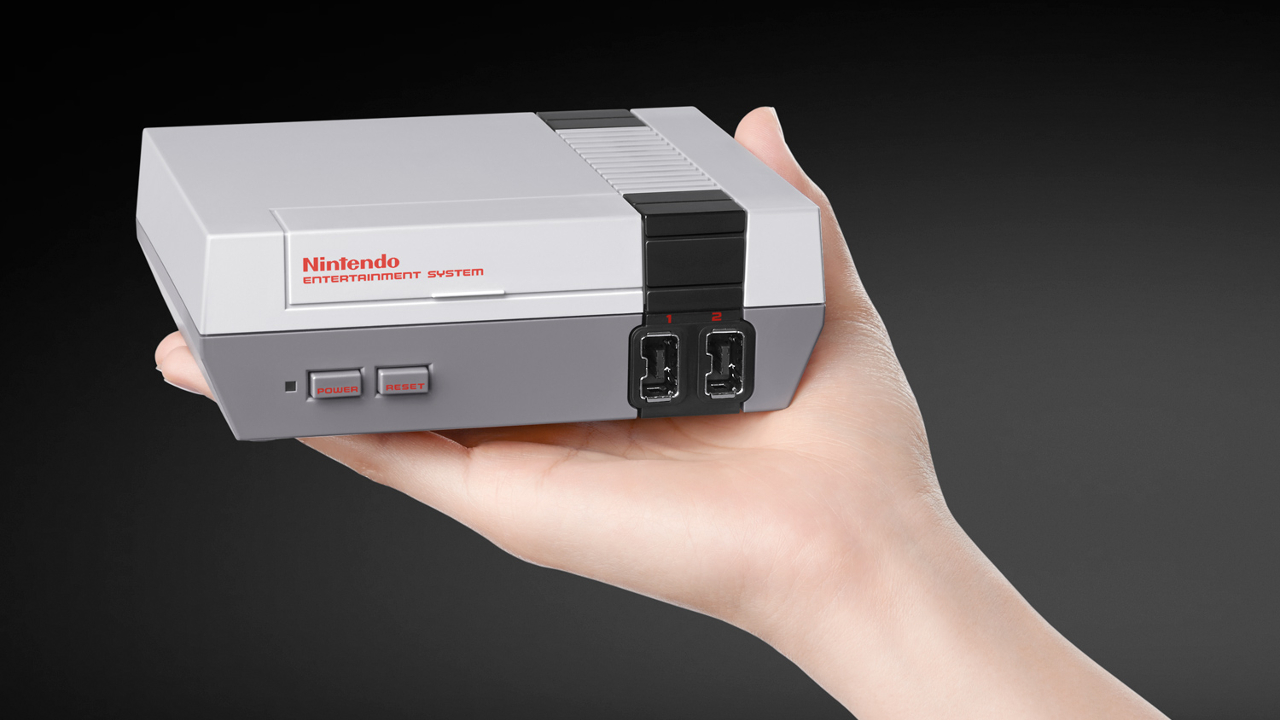 Last week’s announcement that Nintendo will be releasing a miniature collector’s edition Nintendo Entertainment System has generated a great deal of excitement. Though there are a number of ways already to play games that were found on the NES, putting 30 of the best into a single easy-to-use and clever package makes it something that’ll have widespread appeal particularly over the upcoming holiday season.

Three sports games are among those built into the system: Excitebike (1984), the original Tecmo Bowl (1987), and Punchout!! Featuring Mr. Dream (1990). It’ll include everything that’s needed to get gaming immediately, with a controller patterned after the design of the original (with extra controllers available for $10) and HDMI cable.

My initial reaction to Nintendo’s announcement of the mini NES was joy. What a brilliant idea! 30 classic games embedded in a small piece of hardware that evokes a wonderful time of video game history – simply brilliant. The list of titles included is fantastic, spanning a range of fabulous games, multiple genres, and accessibility that is an afterthought in many modern releases.

The more I discovered about it, the better it became. Some decried the lack of internet connection or the ability to play additional games via carts or ROMs; to me, that would defeat the purpose. Think about it – no online updates! No patches! No implied or explicit need to connect to the internet for any reason. It will just – gasp! – work when you take it out of the box, and when you take it anywhere. While modern video game consoles are indeed fantastic entertainment devices, they also make a number of demands on you. The mini NES makes none.

The fact that it is produced by Nintendo, and not some third-party licensor, is the icing on the cake. There have been plenty of retro machines sold in the past, from lovingly produced but complex machines like the Retron series that only hardcore game fans can fathom, to the Sega Genesis and Atari plug-and-play machines that can be had at your local WalMart. These, though, are not the mini NES. Coming from, and supported by, Nintendo directly gives the mini NES an authenticity that no other similar machine can claim.

And the sports games! Tecmo Bowl was a wonderful surprise – perhaps the best gateway game for youngsters to learn and play football in a friendly, non-intimidating way. Four plays, simple controls, yet a level of depth that can appeal to fans of all kinds. Punch Out, naturally, has stood the test of time because it’s a classic, fun boxing game in a day when boxing games don’t even exist anymore. Excitebike – while not exactly a sports game, but qualifies in my book – is yet another all-time great, with a level of depth to its gameplay that took me a long time to learn as a kid; but once it “stuck”, I fell in love with it.

I can’t wait to fire it up as soon as I get it, with my nine-year-old son next to me. It will make for many great times.

I’m all in on the mini NES!

I grew up in the 80s and some of my earliest memories are of me and my Dad playing his Nintendo Entertainment System in my parents’ bedroom on a 13” TV. My first impression of the NES Classic Edition was “wow, that will look nice on my shelf.” When I read that it was a functional console with some of my favorite games built in, it became a “must have.”

Games like Excitebike, Punch-Out!, Super Mario Bros. and Zelda are what really got me hooked on gaming at a very young age. Because of that, I’ve purchased these games multiple times already, and it looks like I’m going to be doing it again. Sadly, two of my favorite games from the NES – Blades of Steel and NES Open – aren’t on this.

When it releases I’m going to buy two of these NES Classic Editions. One for my house, where I’m going to have it sit right next to the original NES that my Dad and I gamed on back in the day, and another to give to him for Christmas. He didn’t really play many games after the NES, but I think he’s going to like this.

The NES Classic Edition will release on November 11 for $60. It’ll probably be necessary to pre-order to secure one however they have not gone live at any retailer yet. Amazon has a product page for it to watch and be notified when it opens for pre-orders.