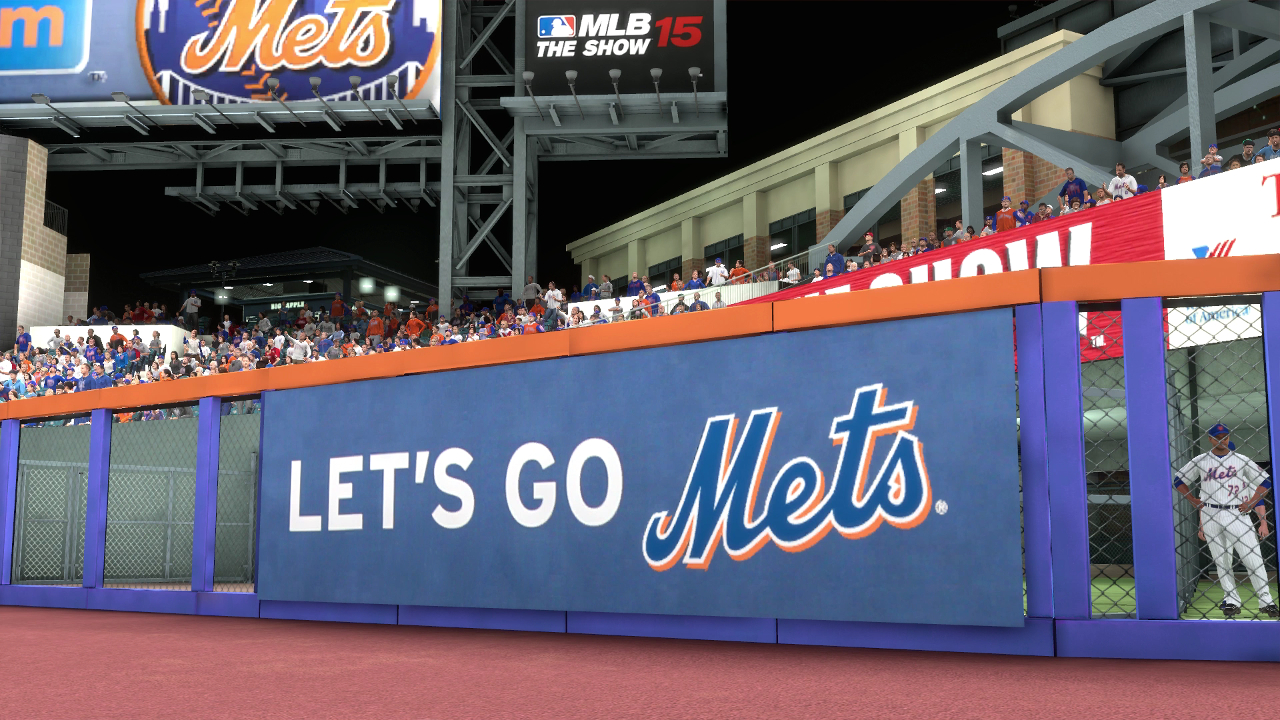 Reality vs Simulation: The 2015 Mets at regular season’s end

The 2015 New York Mets have put a wrap on a special season, the kind that fans love the most – an unexpected run to a division title. If you recall, the Mets were not anyone’s favorite to win the NL East heading into the year, but over the course of a 162-game grind, they beat down the heavily favored Washington Nationals when it counted most, went on several lengthy winning streaks, and weathered the inevitable-for-everyone losing streaks well enough. They head into this week’s playoffs relatively healthy and set to battle their playoff nemesis Los Angeles Dodgers yet again.

Meanwhile, I’ve been playing along all year as the Mets in Sony’s spectacular MLB 15: The Show on the PlayStation 4. As described here at the summary of my journey at the All Star Break, I took rosters that were accurate at the start of spring training (courtesy of Operation Sports), then hopped on my treadmill to play the season (yes, I play sports games on the treadmill – it’s how I justify the immense time investment). I used the magnificent Player Lock feature every time, choosing to play as Lucas Duda for the first 5-6 innings of each game, then unlocking him and playing as the entire team from there to the end. That way I got 2 games in per 3-mile session; it’s the best thing in the world.

So here we are – in reality and in my hybrid simulation, the Mets are done with the regular season and resting up for a run in the playoffs. How close was reality to fantasy? 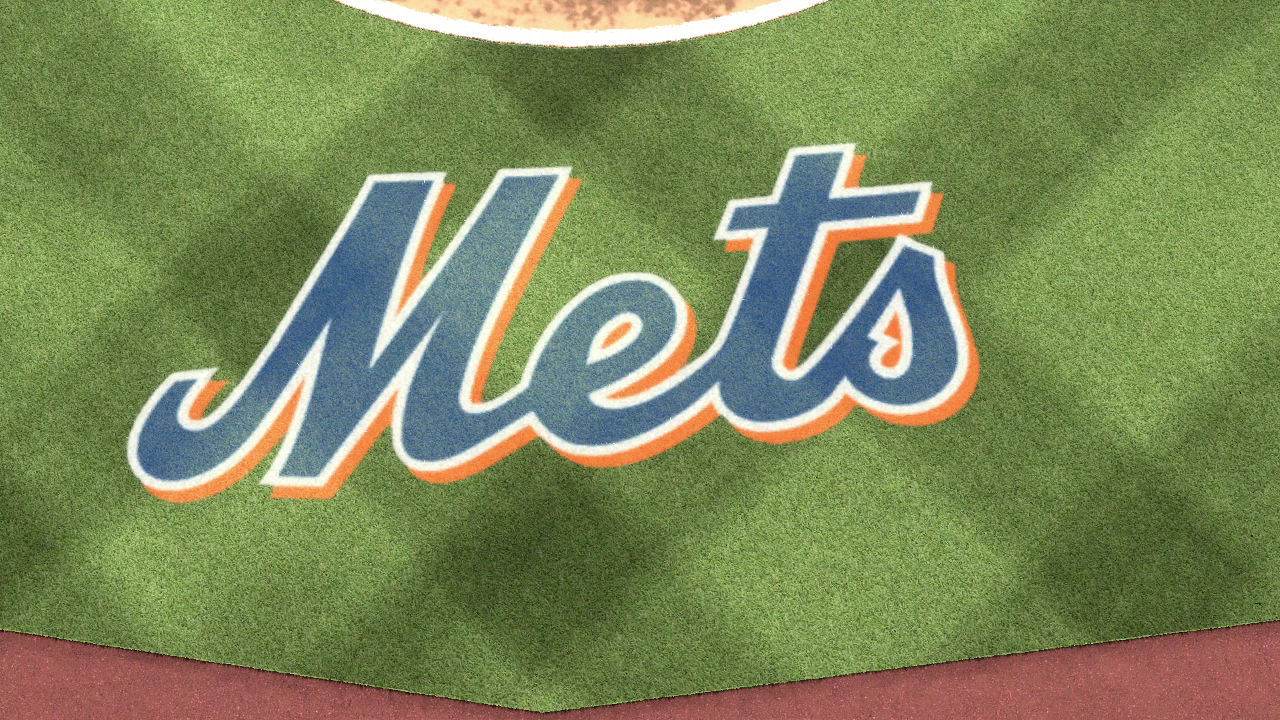 Both the real Mets and my hybrid simulation Mets won the NL East, a wonderful feat indeed. The actual New Yorkers finished 90-72, capturing the division by a surprisingly large 7 games over Washington. My personal squad had a much easier time of it, going 96-66 and winning the division by a healthy 15 games over Miami (and 18 ahead of the Nats).

The biggest difference between the real Mets and my personal ones is the trade-deadline deals, or lack thereof. The actual Mets made one of the best mid-season deals in recent history, acquiring Yoenis Cespedes, who went on a rampage for the rest of the year and singlehandedly jolted the offense to life. Acquirees Kelly Johnson and Juan Uribe also contributed veteran, quality at-bats that settled the previously putrid New York bats into a much better rhythm.

My personal Mets made no such deals; I am a terrible video game General Manager when the settings are set to “the other CPU GMs are going to behave like real people and not trade Mike Trout for Juan Lagares” mode. So I did nothing and slogged along with the Mets I started with.

As expected, both versions of the Mets were struck by injuries. The real-world version missed David Wright for most of the year, while Dillon Gee’s groin eventually led to his Las Vegas banishment. Starting catcher Travis d’Arnaud missed a big chunk of the season as well, and Lucas Duda missed a month’s worth of games. Other than Gee (and the spring training elbow blowout of Zack Wheeler), the real Mets pitchers stayed fairly healthy this year, bolstered by some mid-year acquisitions of guys like Tyler Clippard. The biggest shock, of course, was the double suspension of Jenrry Mejila, who was been banished for PEDs and may never pitch in the majors again.

My hybrid sim Mets had the opposite occur; the pitching staff dealt with multi-month injuries to starters Bartolo Colon and Jacob deGrom, forcing the callups of Noah Syndergaard and ___ Montero, who logged significant innings. Of course, Syndergaard was a huge part of the real Mets rotation this year once he showed up in May, but his ratings made him not part of my plan until he had to be. Offensively, David Wright played the whole season; Wilmer Flores and Juan Lagares were the only offensive starters who went to the DL. There were no suspensions for my guys, too, which meant that Jenrry Mejila spent the year as my closer instead of Jeurys Familia. Because of ratings, I promise!

As mentioned above, the deadline deals for Cespedes and company transformed the real Mets offense into something of value. While their batting average and stolen bases stayed relatively low, there was a big jump in home runs, runs scored, and RBI. No such luck for my fantasy Mets, who showed no signs of awakening from their season-long offensive slumber. Their overall best ranking was 24th in the league in homers; all other categories were 25th or worse (including a league-worst last in stolen bases, closely mirroring the real-world Mets, who finished next-to-last in thievery). One interesting note – both versions of the New Yorkers hit within three points of each other; .245 for the real Mets and .242 for my fake ones.

Break out the bubbly! As everyone knows, the core strength of the Mets this year is pitching, and that was borne out in reality as well as my hybrid simulation. The two teams’ ERA, strikeouts, and saves were within shouting distance of each other, and all ranked in the top 5 of the majors (with the lone exception being 10th place for the real world Mets in strikeouts – still not shabby).

MLB 15: The Show absolutely nailed the Mets this year, as the hitting leaders virtually mirrored each other in both universes. Lucas Duda ruled the roost at the real and virtual Citi Field in the power category. Danny Murphy won the batting title for the real Mets, but the honor goes to virtual David Wright for the hybrid sim one (more on that below).

OK, so The Show didn’t quite nail this one as well. No fault of its, really; it didn’t decide (unlike the real ones) to banish Dillon Gee to Las Vegas in May. The hybrid sim Mets enjoyed a Cy Young-caliber year from the soon-to-be-former Met, who led the fake Mets in ERA (and WHIP). Jacob deGrom pulled the ERA/Wins/K trifecta for the real Mets, and while he was decent for the hybrid sim ones, the Harvey/Gee combo combined for 343 wins and 332 strikeouts. 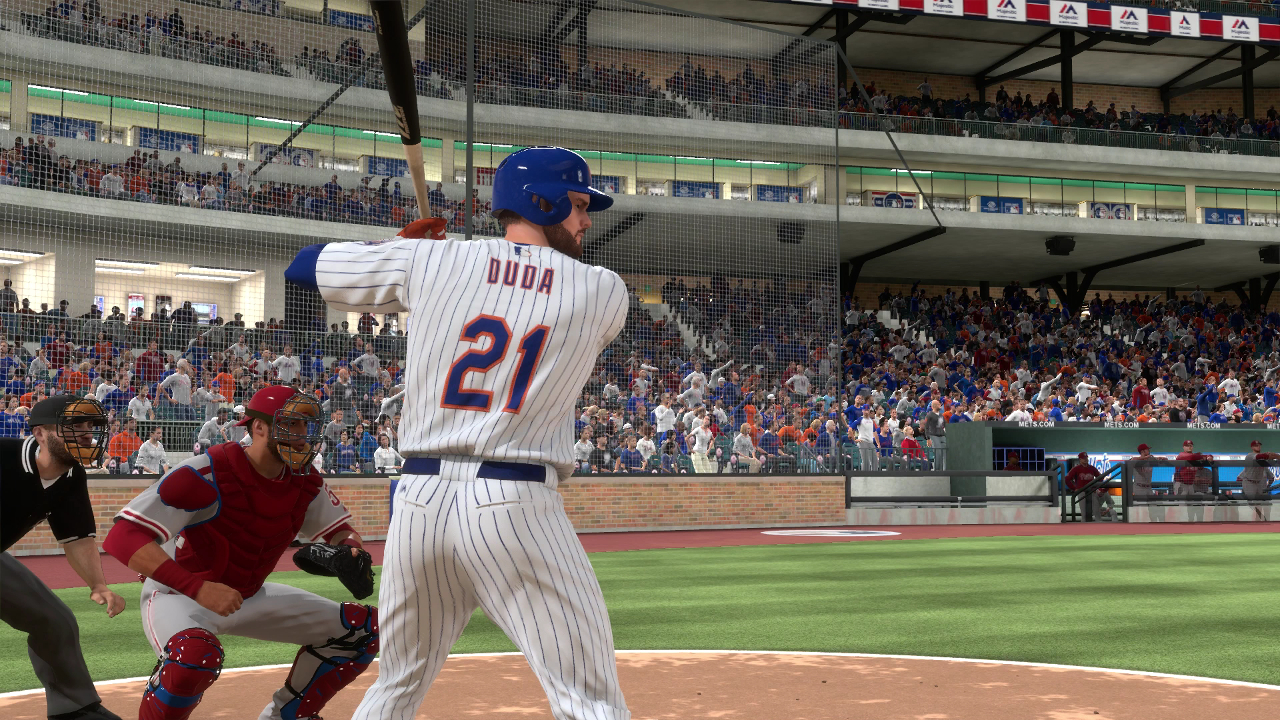 As we saw in the All-Star Break, several real world Mets’ seasons were alarmingly close to my hybrid sims, while others were strikingly different. The closest was Lucas Duda, who hit .244/27/73 for the real Mets and .245/22/81 for my personal ones. What’s more interesting about that fact is that I personally took every at-bat for Duda in the hybrid sim thanks to the Player Lock feature; each one of those 22 homers and 81 RBI originated from my PS4 controller. Catcher Travis d’Arnaud’s numbers were strikingly similar too (.268/12/14 for the real Mets and .261/7/41 for mine) but he played in far fewer games in reality (67) than fantasy (126); even so, he managed to get injured in both universes. Virtually all the real Mets offensive players spent time on the DL this year, too; only Curtis Granderson managed to play nearly the same number of games in reality (157) vs fantasy (151). Oh, and even though he only hit .230/12/52, my main man Danny Murphy played in all 162 fake games this year – and just 130 for the actual team.

The Mets pitchers were great for both teams, although very different. Matt Harvey, Dillon Gee (not even on the real Mets’ roster since May), and John Niese all won 15 or more games. The real Mets’ win leader was Jacob deGrom (14), who was OK for the fantasy Mets (9-8, 4.06, 115 K in 133 IP) but hardly otherworldly.

Oh, and Jenrry Mejila obliterated the record for Mets saves in a season while his real-world counterpart took so many steroids he’ll likely never pitch in the majors again.

Heading into the Playoffs

Yep – the playoffs are here for both teams. I need to set my rotation, which will be significantly different than the real Mets. I’m also playing the winner of the San Diego-Colorado (yes, you read that right) NL Wild Card game in the first round, by virtue of beating out the Dodgers by a game for best record in the National League.  The real Mets rotation for their NLDS is deGrom-Syndergaard-Harvey-Matz, while mine will be Harvey-Gee-I’m not sure. I could put in Niese next because of his 15 wins, deGrom because he’s better, or even an underrated Syndergaard; but I may keep Thor in the bullpen to bolster an OK-but-not-amazing relief corps.

More on that next week!