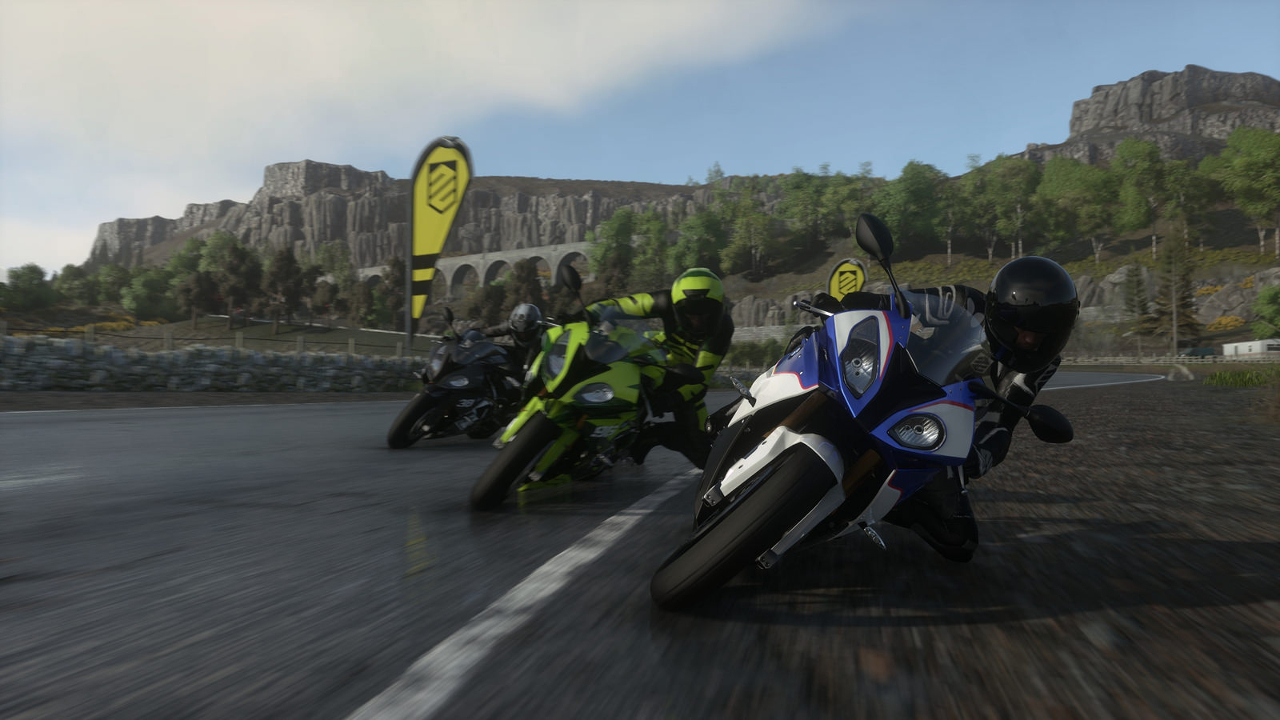 The checkered history of motorbikes in video games

At first glance, racing motorbikes would appear to be the perfect activity to replicate in video games. What better way to experience the extraordinary speed and precision without the risk of becoming an involuntary airborne projectile? Top end motobike racing, in the form of the MotorGP and Superbikes World Championship, are fantastic racing series that combine amazing tracks, global interest and highly competitive races. Heck, these feature more overtakes in one race than you’ll see in the entire F1 season.

Unfortunately, in practice, motorbikes have rarely translated well to the virtual world. At best, they have been a niche within the already niche market of racing simulations. At worst, they have been unwieldy, frustrating and cruel.

At this point, I’d offer a massive caveat. The motorbike games I refer to aren’t the arcade games like RoadRash, Excitebike, Trials or other motorcross games like the MX vs ATV series. I see a distinction between these games and video games that try to capture the experience of road racing (and in the case of RoadRash without chains and crowbars to take out your opponents).

I have never been a ‘bike guy’, but over the years I’ve dabbled in many games that incorporate motorbikes and occasionally even in dedicated games like the MotoGP series. While I’ve often welcomed the change from four to two wheels, especially in games like Burnout Paradise and Project Gotham Racing 4, the experience has never held my interest for long. In most cases, after a few hours over a weekend, I’ve had enough of balancing rear and front brakes. Inevitably, I return to automobiles. 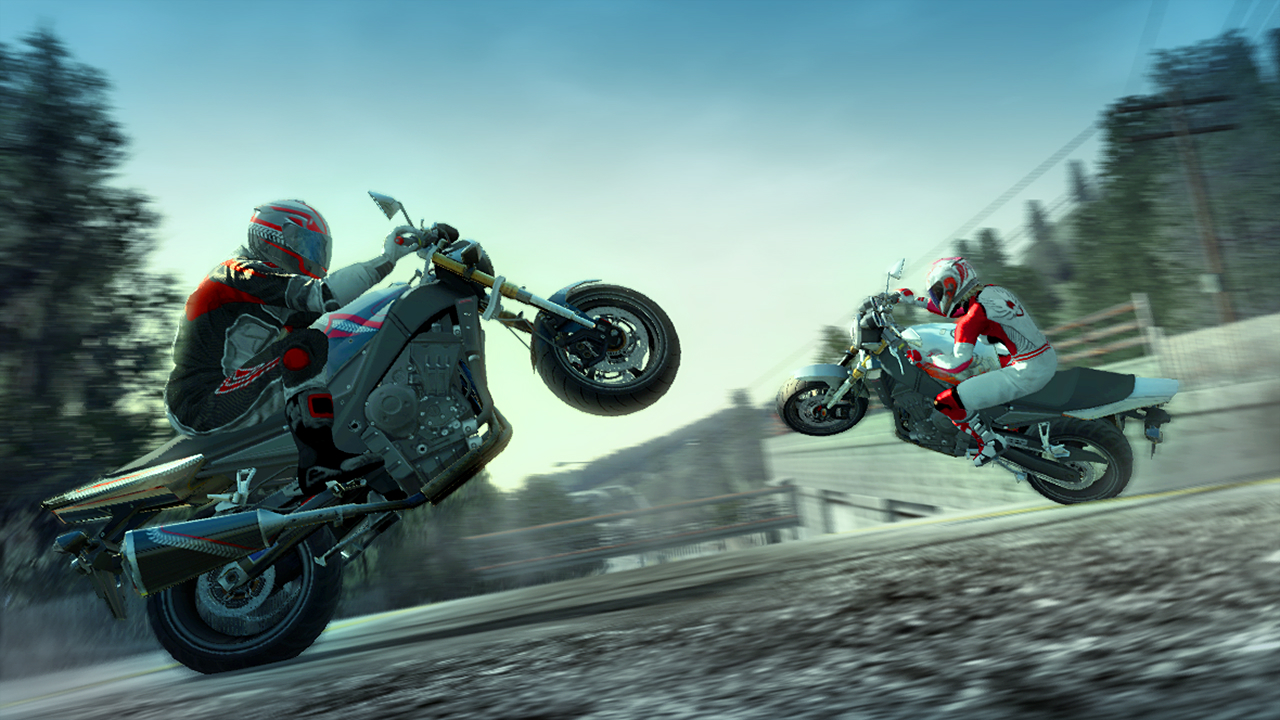 In the case of Burnout Paradise, the arrival of motorbikes was a disappointment because while this free DLC was built on the extraordinary game, the actual racing on them was restricted to time trials and didn’t incorporate car-vs-bike racing. That could have really been something.

In Project Gotham Racing 4, cars did compete against bikes which provided thrilling (if totally unrealistic) action. PGR4 was largely lost in the mix with titles like the aforementioned Burnout Paradise and Forza 2 getting much of the attention. This was a pity because PGR4 was a gem that managed to walk the tightrope between arcade and ‘realistic’ racing.

In terms of games that specialised in motorbikes, the pure fun of arcade titles Hang-On, Suzuka 8 Hours and Manx TT is difficult to match. In each case, the fun was created by the experience of riding a replica motorcycle in the arcade, powering through the corners while attempting the knee touch to tarmac move that professional riders employ. Doing well at this era was of racing titles was an assured way to win the acclaim of friends (and I suspected at the time members of the opposite sex).

The tactile experience of swaying on a replica motorcycle has never translated perfectly to the controller. Each year, the annualised MotoGP game faithfully replicates the real season but is seemingly unable to produce a game that has enough depth or diversity to build a fan-base broader than hardcore fans. I enjoyed some of the earlier versions and spent way too much time playing MotoGP 06 (an early Xbox 360 game). MotoGP 06’s best feature was an arcade mode which featured entirely different fictional tracks based in nations represented in the World Championship series. 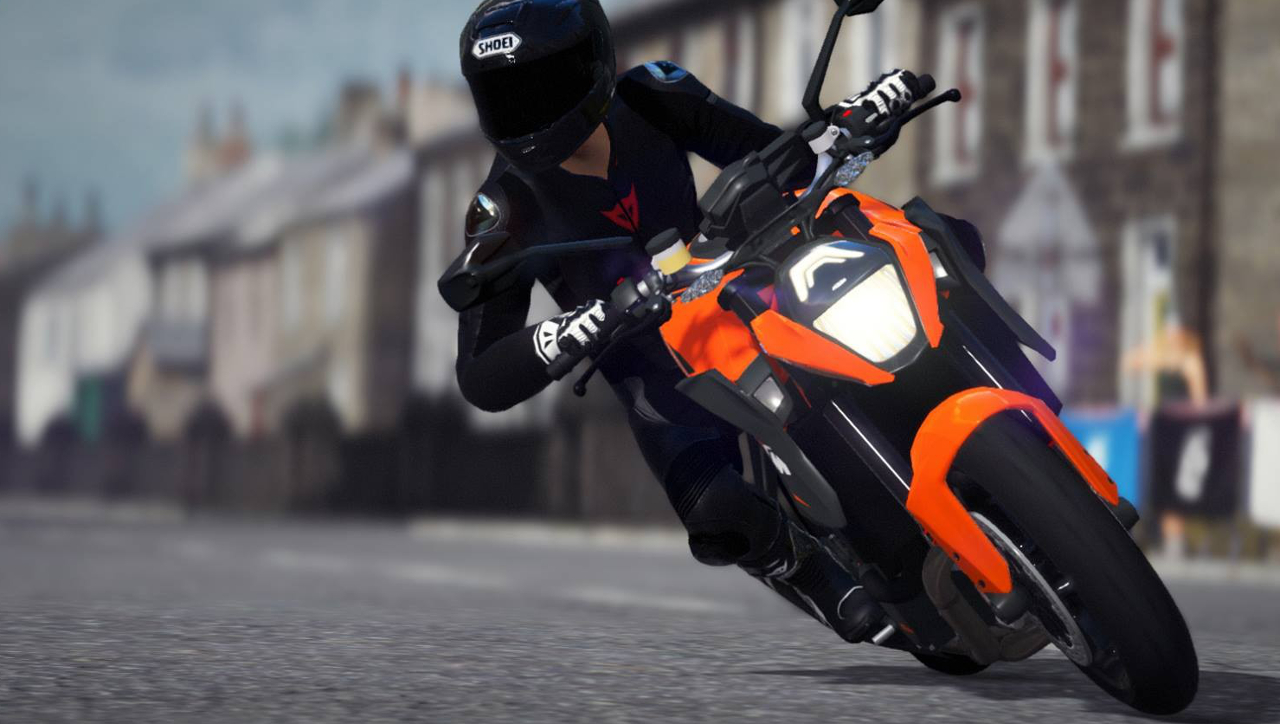 The 2015 title Ride promised to be a Gran Turismo or Forza but by all accounts was a disappointment that struggled with a bland career mode and even worse load times. The motorbike equivalent of a Gran Turismo was always going to be a stretch given the likely disparity in budgets, but the underperformance of Ride and the total lack of buzz prior to the game’s release leaves open questions about the ability of any motorbike game to capture the imagination of gamers.

Part of this difficulty in getting new players is due to the tricky task in translating the handling of bikes. Motorbikes employ a front and rear brake and balancing these is a difficult exercise requiring feel and finesse that is hard to replicate on a controller. Motorbikes are much more unforgiving than cars too and even minor offs will result in the rider departing their vehicle. The technical driving style required for simulation motorbike games is not particularly welcoming to casual players or newcomers.

Driveclub’s bikes mode is exactly what motorbike gaming needs. A big title, with a solid engine and strong following that can make the investment that is required to capture the excitement of two-wheel action. While I’ve found the simulation of motorbikes decidedly mixed in games, there is no doubt that they are a thrilling motorsport that deserves to be lovingly replicated in the digital world. I hope that Driveclub Bikes is great and as an Xbox owner I would love to see Playground Games’ next Forza Horizon try to capture an Isle of Mann-style festival of insanity.