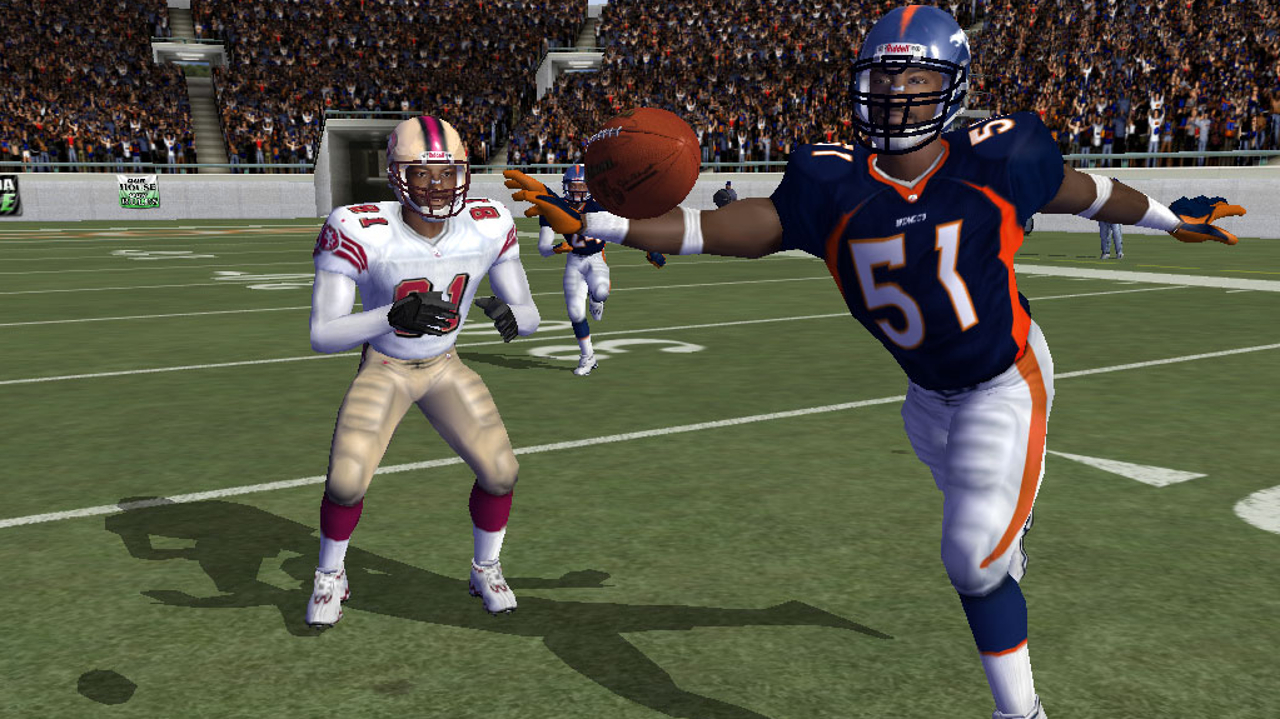 The “EA Sports Bio”: It was in the game

In the summer of 2003, Electronic Arts was preparing to roll out its new year of sports titles, just like any other. The previous year had seen improvements in the catalog, thanks to more familiarity with new-gen consoles in the PlayStation 2, Xbox, and Gamecube – but something else was in the works for the 2004 sports year slate.

It was a revolutionary idea that accomplished two things: rewarding those who had bought previous versions of EA Sports games and preluding the Achievement and Trophy systems that have become ubiquitous with consoles from Microsoft and Sony, respectively.

Moving forward, it would then be updated to reflect each of the games that were played as well as game-specific accomplishments that players were credited for. Between the time spent playing and the accomplishments achieved, players would level up and be granted in-game unlockables. It was an unprecedented initiative.

While we take unlockable and/or bonus items for granted in today’s sports games, especially since many of these are unlocked as downloadable content or purchased outright, this idea was a pretty big deal for the time. It gave sports video game fans, like myself, more incentive to not only play that year’s games more often… but to also buy more of that year’s offerings. 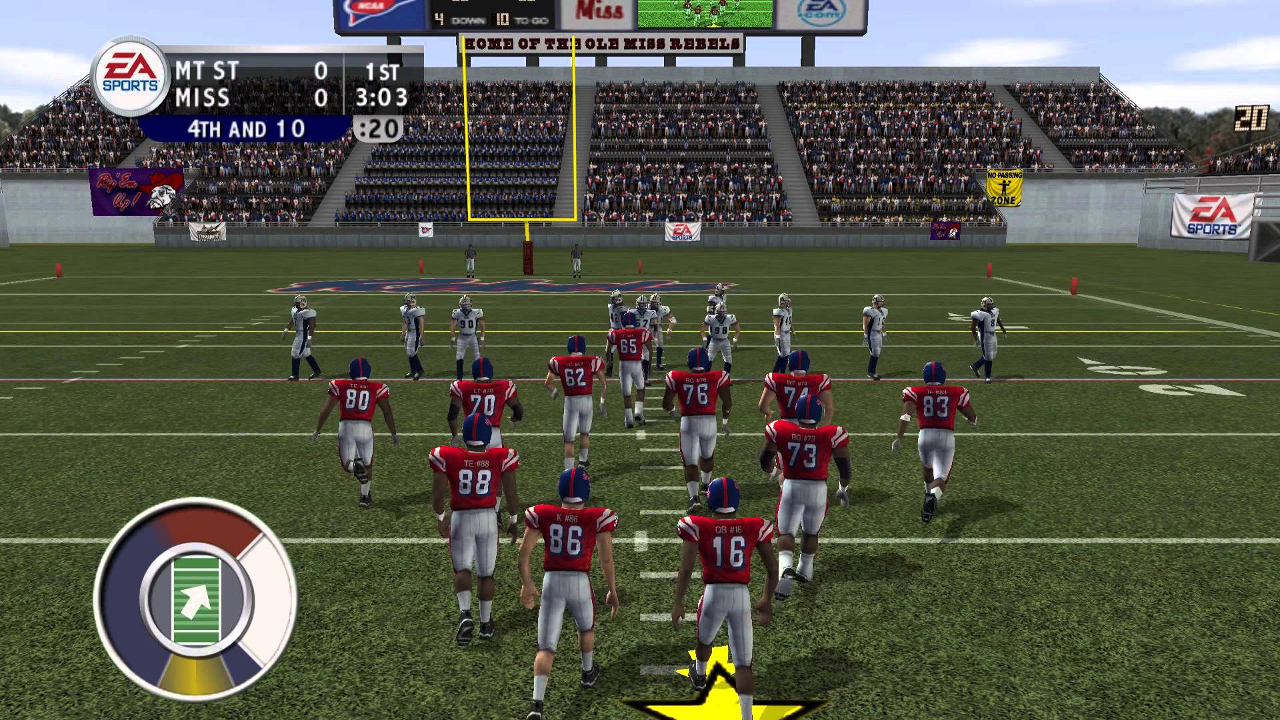 NCAA Football 2004 was the first game in that series that I had purchased for my PlayStation 2. College football was never really my thing, as I was much more interested in the NFL and felt that college offenses were confusing. Option plays, for example, weren’t prevalent in the NFL back then (of course, we’ve seen NFL offenses change in recent years, thanks to a wave of more mobile quarterbacks). Despite the confusion, I played through an entire season and racked up a fair amount of time that my EA Sports Bio tracked. I also gained more of an appreciation for the college game. I began to watch more games on television on the weekends. I bought into the spectacle. It was pretty cool to give something new a chance.

When Madden NFL 2004 arrived, I had already played enough of NCAA Football 2004 to have unlocked some bonus Madden Cards before I played my first game. Then Tiger Woods PGA Tour 2004 had even more unlockable stuff available when I bought that (and it’s still a fantastic golf game to this day, I might add). NHL 2004, despite its pretty significant changes from the more arcade-influenced versions from the previous couple of years, was still an automatic buy that rewarded me after reading my EA Sports Bio. NBA Live 2004, NCAA March Madness 2004, MVP Baseball 2004, and even NASCAR Thunder 2004— my first-ever NASCAR purchase– became part of my growing PlayStation 2 library as I was seeking to build my EA Sports Bio level even further and to see what accomplishments I could pull and claim to my credit.

EA’s plan drew me in, as intended. I had a great time in 2003-04 playing all of these games and being exposed to a variety of different sports and expanding my personal skill sets. Many of the unlockable bonuses went unused; extra tattoos in NBA Live 2004 and the pace car in NASCAR Thunder 2004 really didn’t interest me all that much. What did stand out was the collection of feats that my EA Sports Bio had tracked over the course of that sports year. I could reflect on when I unlocked new courses in Tiger Woods or when I beat my first Top 25 ranked opponent in March Madness while playing as my hometown UMass Minutemen.

Unlike today’s Achievement and Trophy systems, there really wasn’t anyone to boast to when it came to EA Sports Bio stats. To most of my game-playing friends, the fact that I was a Level 20 EA Sports Gamer meant little to them, other than to incite questions about why I play so many stupid sports games. Nobody but me really cared that I had once humbled an opponent in MVP Baseball by more than 10 runs, or that I had scored 30 points with one player in NBA Live. At best, it was a running diary of all of the time and significant events that I had enjoyed while playing these games. 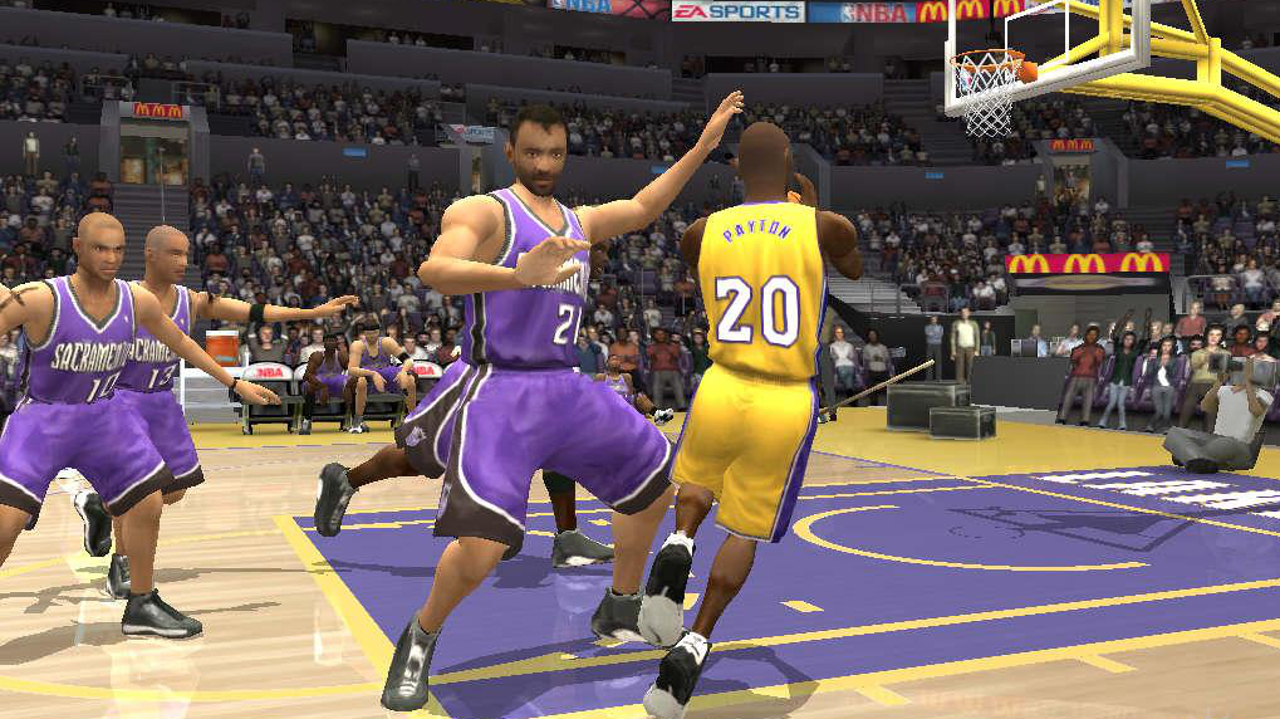 Sadly, my memory card with my EA Sports Bio on it became corrupted in late 2005. I lost all of my progress. It wasn’t a big deal at the time, though; new waves of sports games from EA got more playing time and the ESPN-branded efforts from Visual Concepts had won most of my battles of preference over EA Sports. We were also on the cusp of another new generation of consoles. Microsoft promised tracking of all of its Xbox 360 games and individual achievements for each. Sony eventually followed suit with Trophies a few years later.

For the purposes of this piece, I dug out an old memory card from 2012 and began working on increasing my EA Sports Bio level once again. I’m back to Level 9 now, and just tonight unlocked the 1990 Philadelphia Eagles to use in Madden 2004. I’m feeling that familiar pull to raise my EA Sports Gamer Level while revisiting some really enjoyable sports games from a time when I wasn’t an old man in my 40s. It’s brings back to my mind memories of how my love for sports video games grew a lot during that year.

If you’d like to check out EA Sports Bio for yourself, the games that use it are really inexpensive. Xbox versions are probably the better way to experience as many of them as possible, since memory cards tend to fill up quickly due to season progress and roster saves for each title. The games that utilize EA Sports Bio are NCAA Football 2004, Madden NFL 2004, Tiger Woods PGA Tour Golf 2004, NBA Live 2004, NCAA March Madness 2004, NASCAR Thunder 2004, MVP Baseball 2004, and FIFA Soccer 2004. For the PlayStation 2, you can likely snag all of these, complete in box, for under $25 combined. What’s more, the games are quite good and worthy of revisiting. Madden NFL 2004 introduced Owner Mode. NHL 2004 made tweaks to gameplay and added a pretty good GM Mode. Tiger Woods PGA Tour 2004 (as I mentioned earlier) still holds up really well as a fun golf game, with a nice mix of real and fantasy courses.

EA Sports Bio only lasted for one sports year. The 2005-based games dropped EA Sports Bio tracking, leaving some who liked the idea and worked hard to build their stats and accomplishments feeling disappointed. In that one year, though, EA set the stage for what would become standard in consoles that would soon follow… and that’s something that has definitely been worth revisiting.