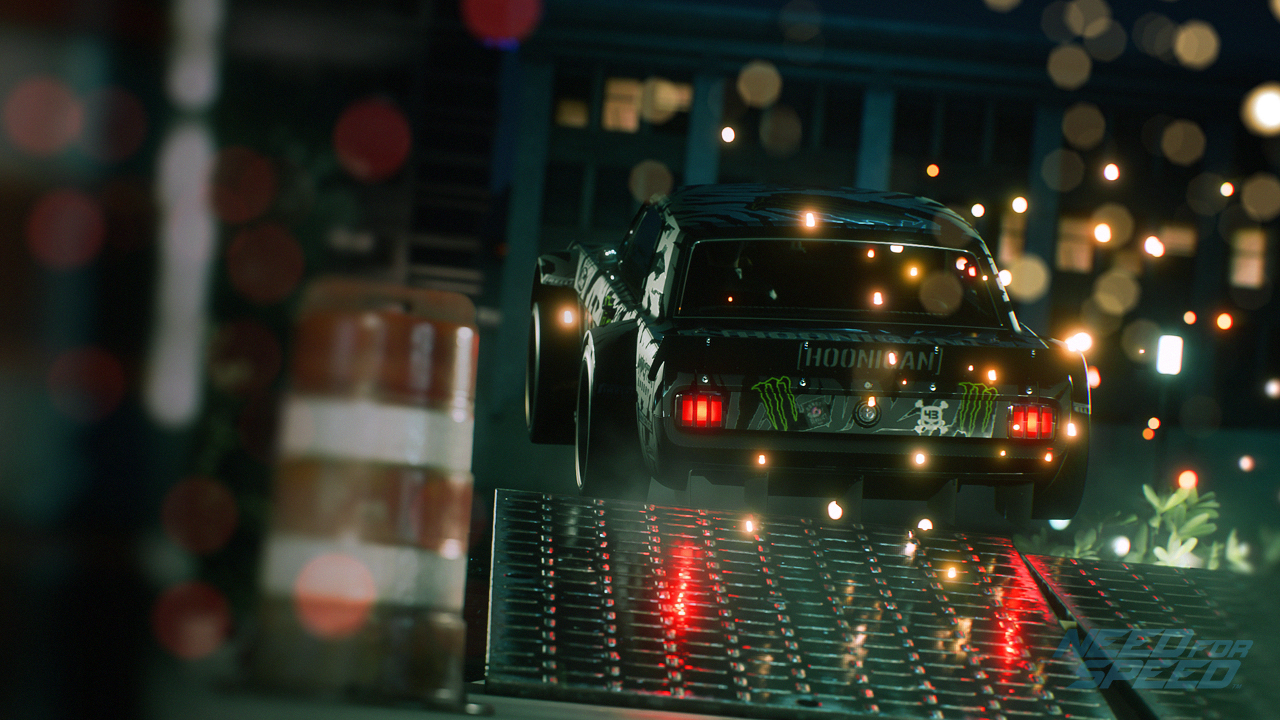 The joyous guilty pleasure of Need For Speed

Many people in the gaming community are feeling overwhelmed right now, thanks to the avalanche of huge titles released over the past month. We’ve talked at length here about the abundance of great sports and racing games this fall, and when you add widely-appealing titles like Fallout 4, Halo 5, Star Wars: Battlefront, Rise of the Tomb Raider, and Call Of Duty Black Ops III (among many others) it’s hard for people to figure out what to buy and play.

Except for me, that is, thanks to Need For Speed.

To be frank, I expected to dislike Need For Speed.  Had The Sporting News not presented the opportunity to review the game, I probably would have skipped out on it for quite some time. While my love for the racing games genre is strong, in reality I wind up enjoying a small minority of them; I tend to buy them all, but most don’t “stick.” For every Forza 6 that I love, there’s a DriveClub or Project Cars that may technically achieve greatness yet doesn’t speak to me on a personal level. Moreover, I hadn’t really enjoyed any of Electronic Arts’ many NFS-labeled games for years. My assumption was that this new version would be no different.

Within the first couple of hours, though, I was hooked. There’s no shortage of things that Need For Speed does not do well, but the actual racing is simply a blast. Point-to-point races, time trials, team drifts, and gymkhana races mix and match wonderfully, with each featuring just enough real world physics and handling to make things fun but not so much that one mistake dooms you to failure. Heck, you can even outright crash and still have a chance to win.

Realistic? Nope. Fun? Heck yeah. But that’s not the real reason I love Need For Speed.

It’s the fact that it completely upended what I thought it would be. 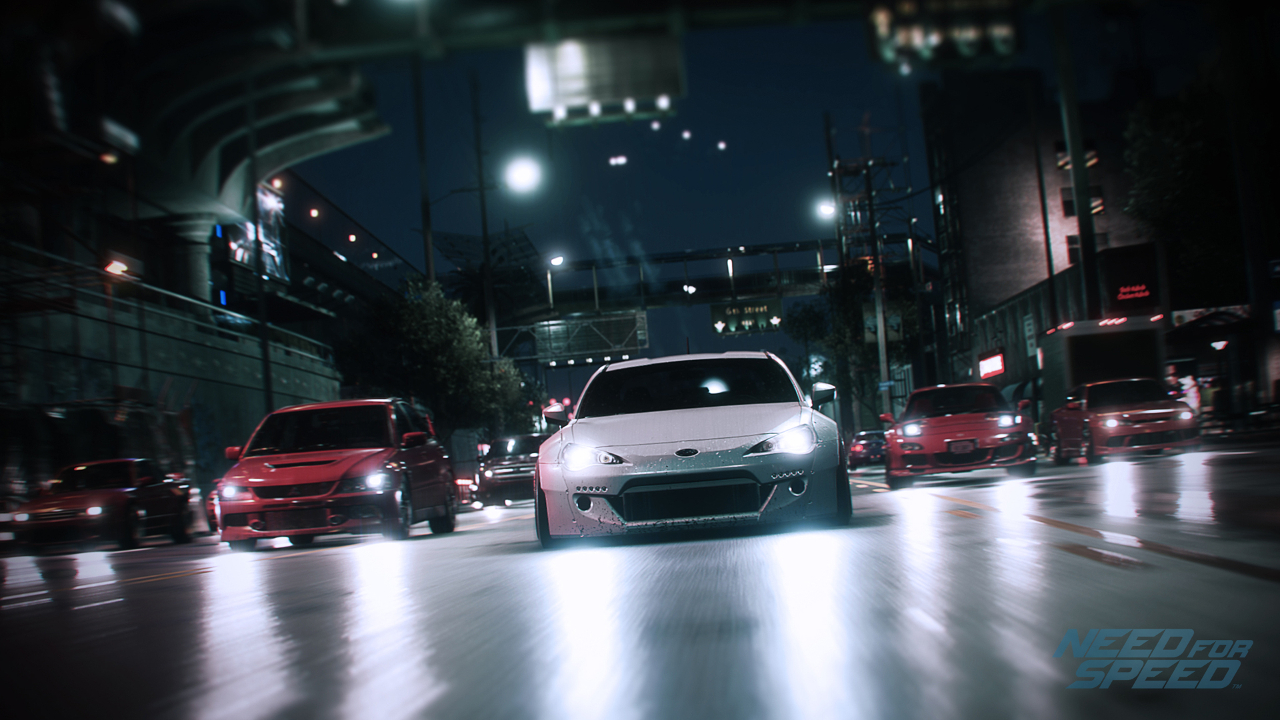 These days, I prefer to know very little about a game before I play it. It may sound crazy, but I’ve discovered that hearing too much about a title tends to pre-dispose me one way or the other. Specifically, several of the Need for Speed “back-of-the-box features” turned me off:

Turns out that each of these is actually a good thing – or, at least, not a negative.

1)      Racing almost exclusively at night: The silly, over-the-top cutscenes that move the Need For Speed narrative forward are cringeworthy, but they serve a purpose. The world you inhabit is an underground car culture, so tearing around the city in broad daylight would be the height of insanity. Virtually all your events take place under cover of darkness, which means very little crash-inducing traffic on the road and no unintended rush hour mayhem. It actually works very well – and makes the “break of dawn” moments when the sky lightens a bit that much more impactful.

2)      A healthy dose of “drifting” events: Drifting is usually what drives me away from a racing game – especially when it becomes prevalent. Need For Speed somehow makes drifting enjoyable, in that just complex enough to succeed at being fun without going too far over the line. The standalone drift races are a little tricky but after a few tries can be conquered – and the “team drifts are even tougher yet wildly entertaining. Keeping up with your teammate then, in a synchronized fashion, skidding your tires for sweet, sweet points is immensely satisfying.  The way you can tune your car to be oriented towards speed or drifting is perhaps the most important facet of this too – a few moments adjusting a handful of sliders in the garage and you’ve transformed your car from a speed demon to a drift machine.

3)      Having to deal with the cops chasing you: I can’t stand cops ruining my race, and several previous Need For Speed titles were notorious for this. Nearly 20 hours into this version, though, and the cops are barely a nuisance. In fact, it’s almost fun to have them chase you knowing that they’re easy to ditch with a few simple moves. If anything, being discovered by the five-oh gives you a few opportunities for cheap and easy points, all usable when upgrading your ride.

4)      Needing to always be online in order to play: It seems strange that Need For Speed has to always be connected to the internet. The single-player and multi-player modes are completely intertwined, to the point that real humans zipping around the world will occasionally stumble into your line of sight, often with less-than-optimal results. What’s more, while there are online races, getting into them involves a weird mechanic that has you basically flash your lights at a would-be competitor to see if they want to go. The entire online requirement feels tacked on and unnecessary – yet hasn’t once kept me from enjoying a moment. Weird.

5)      Deep car customization: Typically, I run far away from tinkering with car-related things like downforce, gear ratios, and other assorted accoutrements of gearheads. I’ve never been a grease monkey (virtual or otherwise), but Need For Speed makes it incredibly easy to make significant performance and handling modifications to your car. Even better, you know when to make them; the various types of events are broken up into obvious speed or drift races, and all it takes is a two minute trip to the garage, a couple of simple swipes left or right, and your car is tuned perfectly for the next event you want to win. You can really feel the changes, too – so not only is it simple, it’s also quite satisfying.

6)      A massive, open world:  The ability to wander around a large map, picking and choosing what you want to do sounds great to some. but not to me. In racing games, I prefer to get right down to it and just, you know, race. Once you discover the “teleport” feature on the game map, it’s quick and easy to jump from one race to another in just a few moments, as well as get right back to the garage for a quick fix-up or adjustment.

In a season that has featured an enormous amount of big-time video game releases, I wouldn’t be the least bit surprised if Need For Speed doesn’t manage to make much of a dent in sales figures and online participation. After all, when you go up against the big boys of Halo, Call of Duty, Star Wars, and Fallout – just to name a few – you’re already asking for trouble. But as fall turns to winter, I hope that at least a few more people will give Need For Speed a go. I’ll bet you feel a lot like I do – happily surprised.