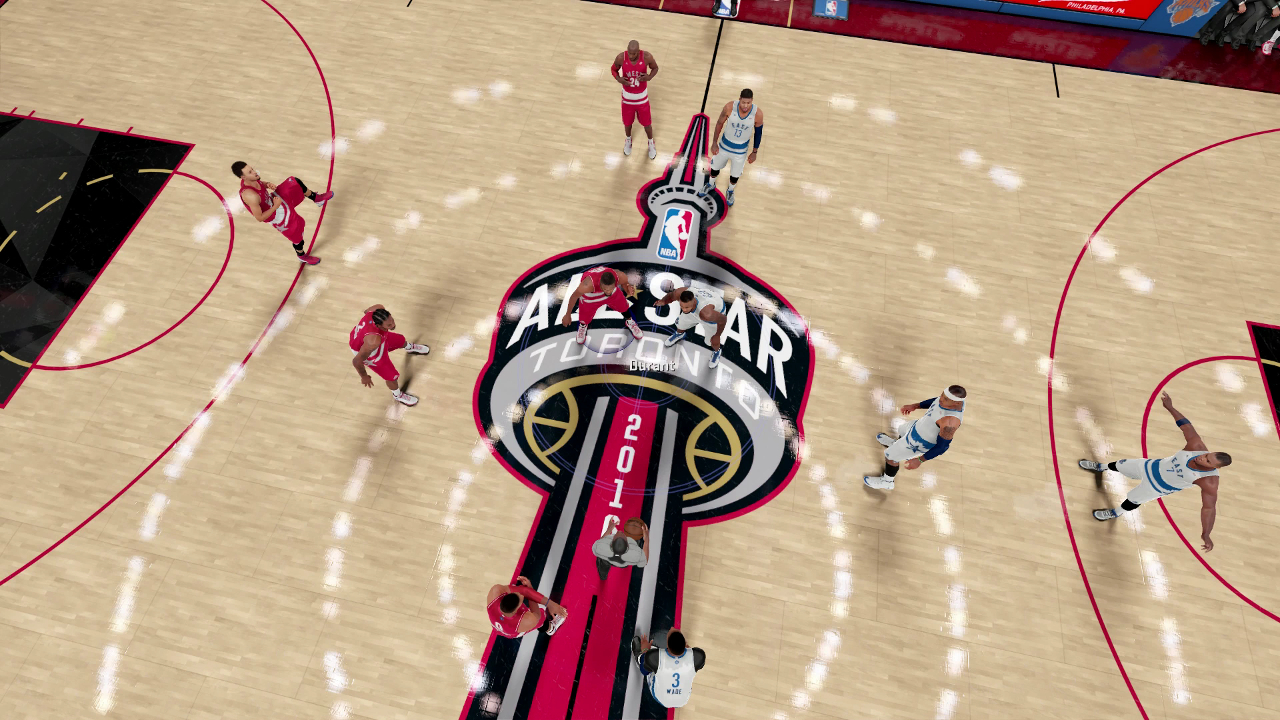 All-Star Weekend in Toronto just wrapped up and it was a memorable one. From a dramatic Three-Point Shootout and one of the most entertaining duels ever in a Dunk Contest, to finishing up with the All-Star Game which celebrated the career of Kobe Bryant, the excitement and drama was thoroughly enjoyed by both the athletes and spectators.

Unfortunately none of that has translated to All-Star Weekend in NBA video games. NBA 2K16 currently has ASW locked away within their modes, while NBA Live 16 doesn’t have a Three-Point or Dunk Contest. It isn’t just about where All-Star festivities are accessed and what’s missing, but how poorly they represent the weekend from event-to-event with what’s actually there.

Clearly there’s a question involved of whether or not it’s worth investing in All-Star festivities. Besides the updated uniforms and rosters, very little has gone into them in recent years, and their place within the games have been minimized.

There is no Celebrity Game in NBA 2K16 or NBA Live 16. Licensing is probably the primary issue, as publishers would have to pay to obtain each celebrity individually. They’ve been able to do that with some in the past – it was only a few years ago that 2K had a single celebrity team – but getting the sufficient number to fill the rosters of two teams, with names relevant enough to get people excited and generate news with their additions, all without spending too much money would be a challenge.

NBA 2K16 is currently using an outdated format, offering up the game as “Rookies vs Elites”. That hasn’t been used since 2011. In 2015 it became “USA vs The World”. Having the two teams with their unique roster make-up, even if just available in Play Now, would probably be well received.

There is no Skills Challenge in either video game. This event probably would not translate well anyway, though it could potentially work as an interactive tutorial. 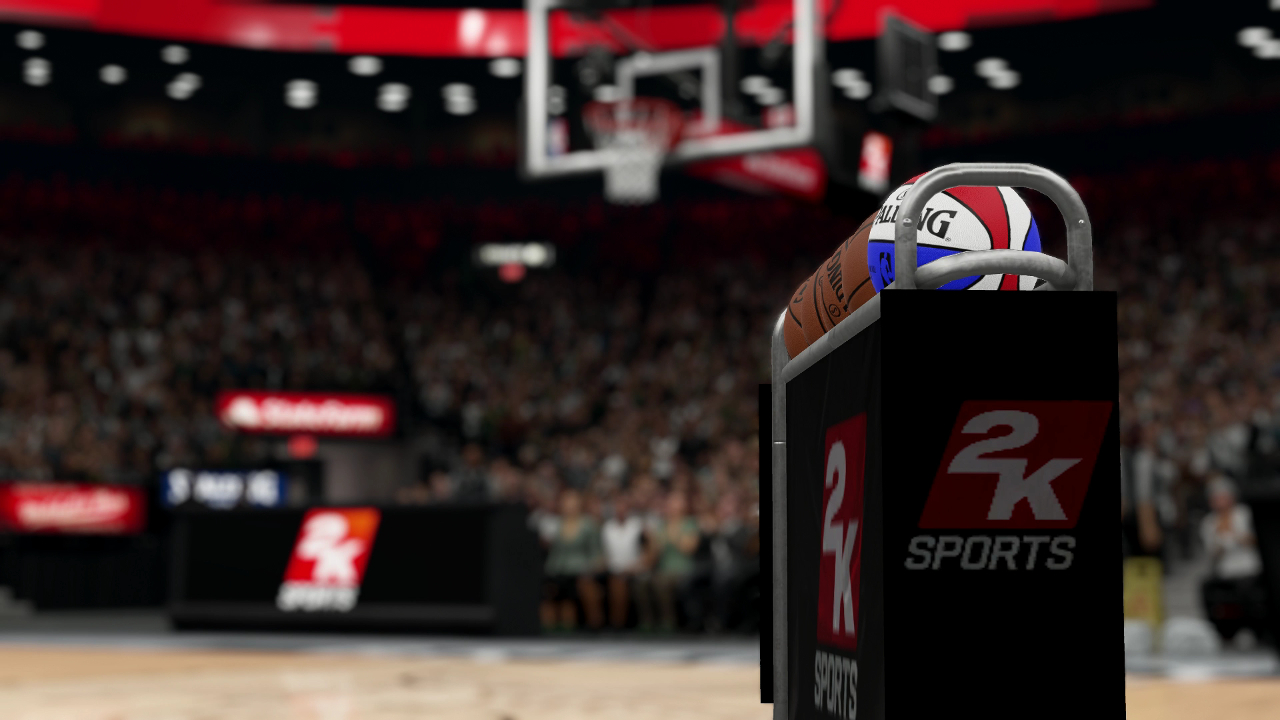 NBA 2K16 is currently using an outdated format as there is no rack that contains five money balls. That wrinkle was added in 2014. The commentary is old, Steve Kerr is still calling the event, so bringing in the TNT Inside the NBA crew that is used for studio shows would be a fantastic idea. Overall the Three-Point Contest functions pretty well. 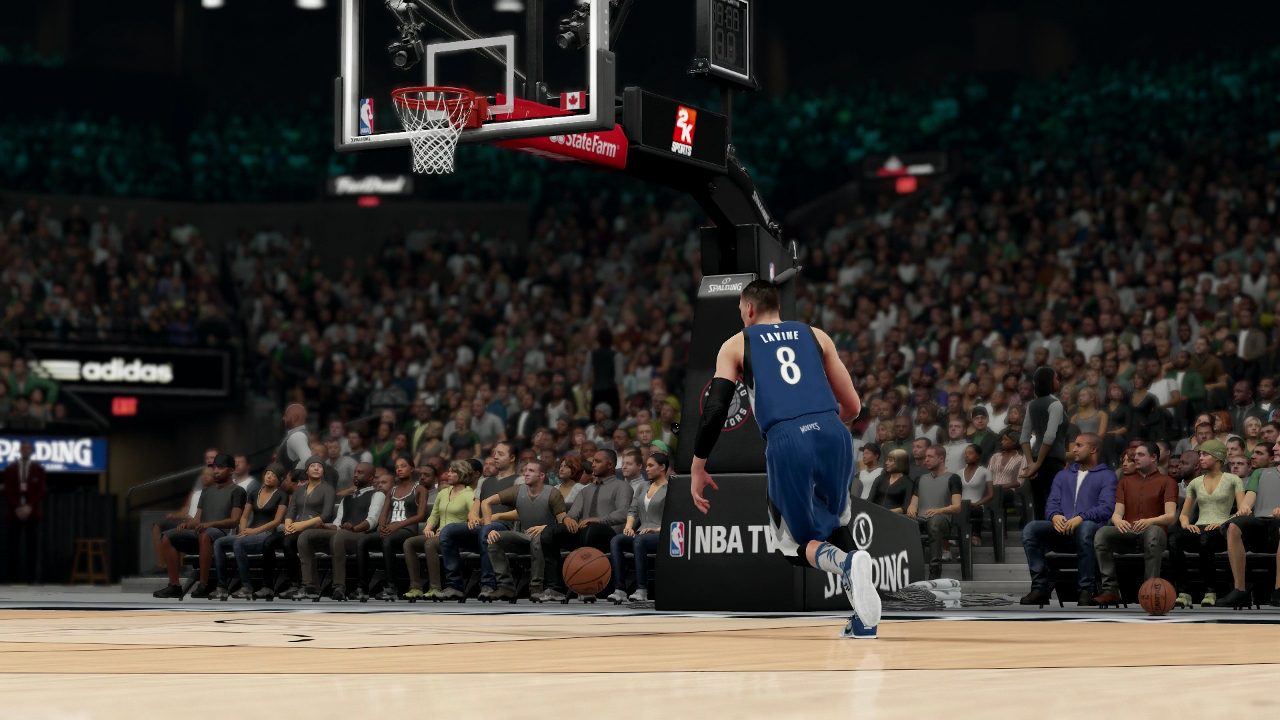 NBA 2K16 is currently using an outdated format, giving dunkers only one opportunity to make a dunk on each turn. The format was only used once – in 2012. The scoring system is also inaccurate, as a complete fail in the real Dunk Contest generally still gets a 30 (it’s the equivalent of a video game review scale!) but zeros get handed out in the video game. The “Guitar Hero” style dunking remains from 2K13 yet there is no tutorial or instruction given on how to perform the dunks. The commentary is old, Steve Kerr is still calling the event, so bringing in the TNT Inside the NBA crew that is used for studio shows would be a fantastic idea.

The Dunk Contest is a tough one for developers, as much of the excitement in real-life comes from the creativity of the dunkers who, like Aaron Gordon proved last weekend, may do something people never imagined. In a video game every possible dunk has been preprogrammed. In order to all bring a dynamic nature to the Dunk Contest, they’d probably have to allow complete freedom with physics, letting the controller sticks, buttons, and movement all control different parts of a dunker’s body and the ball while adding in various interactions with mascots and other props. 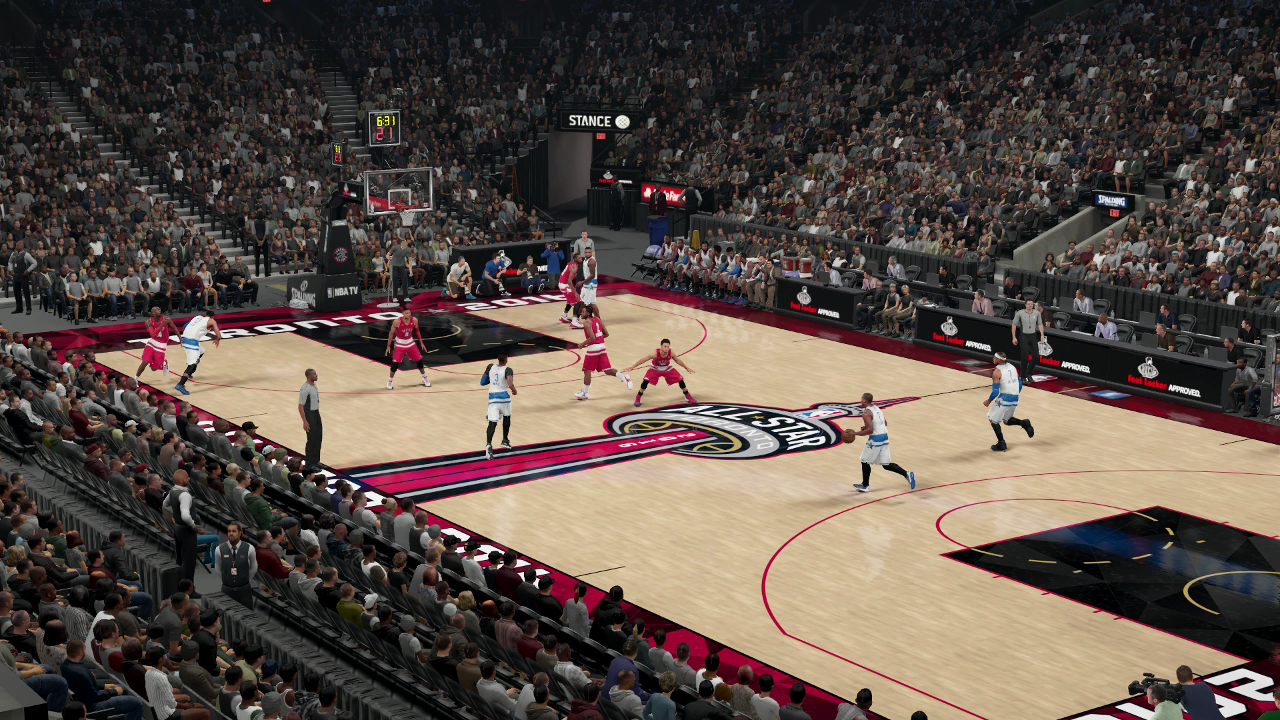 There’s no reason why the All-Star Game in the NBA’s video games should play like a regular season game, but they do. The AI does not adjust for the exhibition, as there’s actual defense in effect, plays being run, typical rotations and minutes by AI coaches, and normal officiating.

The 2016 All-Star game finished with the West beating the East by a score of 196-173. There were a combined 139 three-pointers attempted. In the basketball video games, the All-Star Game couldn’t play out like that even on the lowest difficulty setting.

2K Sports and EA Sports should not be afraid to make the All-Star Game arcade-like. Lower everyone’s defensive attributes to near zero, increase the pace and passing capabilities for the offense, and create tendencies that have players mostly shooting threes or going in for dunks that will electrify the crowd.