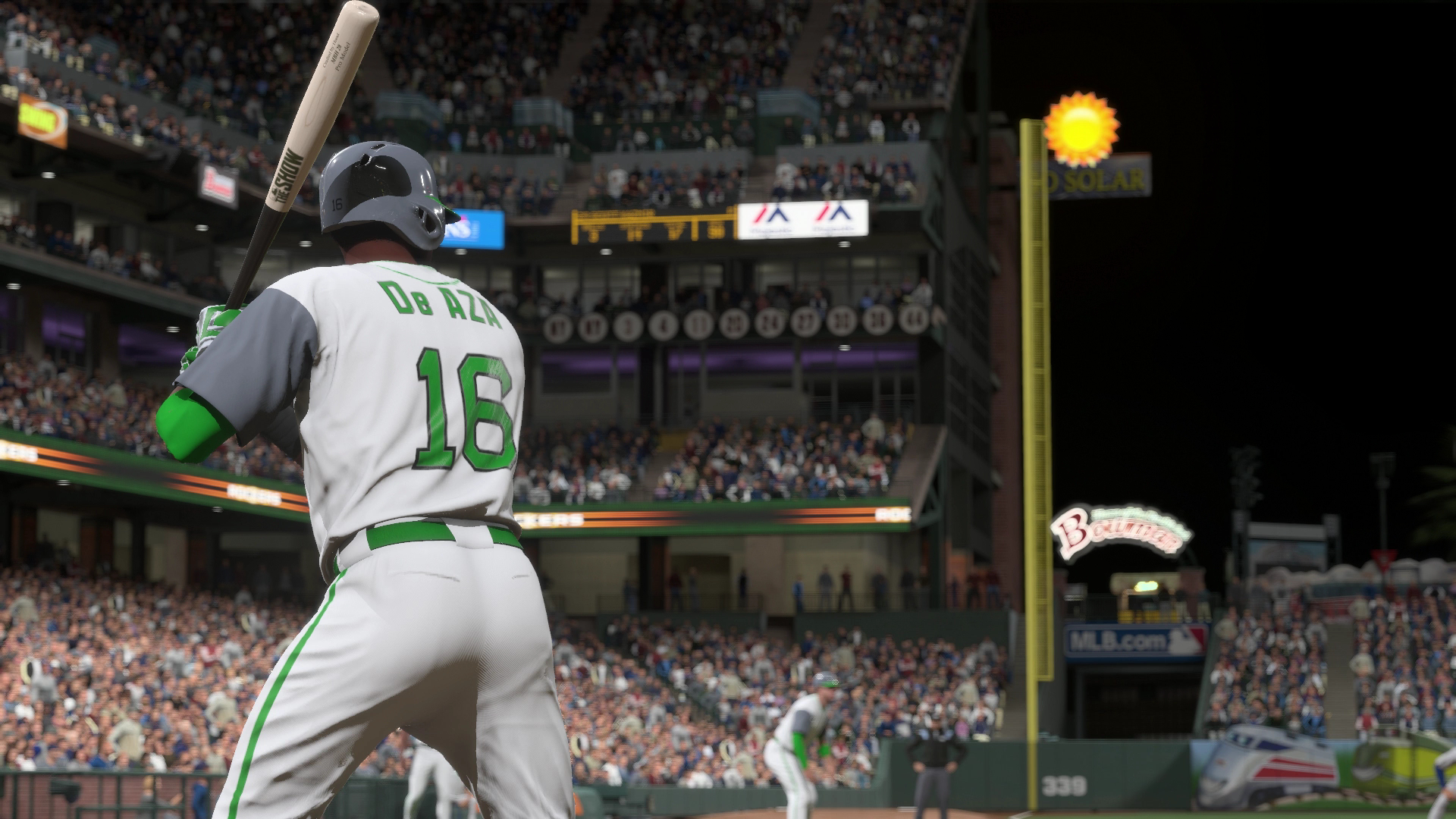 In baseball video games maybe more than those for any other sport, certain players find their way into the hearts of those who control them due to an unusual level of success, or are damned away for an inability to meet their potential. Trends can certainly be found by crowdsourcing, so who are the most popular players in terms of overproduction in MLB The Show 16?

It’s not just about “value” in marketplace terms but these are the individuals who have stuck around on Diamond Dynasty rosters because of a tendency to rise to the occasion despite having ratings that would suggest they no longer belong among those active on the roster.

Initially that player for me was Arizona Diamondbacks catcher Wellington Castillo. At one point, 79 at-bats in, he was hitting .430 with 9 HR and 20 RBI and .886 SLG! Recently he has slumped and fallen to a .300 average, yet another player he was overshadowing for a while there has continued to deliver.

That player is outfielder Alejandro De Aza of the New York Mets. Generally in a platoon role, only starting against right handed pitchers and otherwise being used as a pinch hitter, De Aza has come through in the clutch time and time again. He undoubtedly leads my team in home runs to tie the game or take the lead.

Sometimes it’s hard to identify what it is exactly that leads to unexpected levels of success or failure with individuals in baseball video games. This was a topic we attempted to tackle last year. However my theory with De Aza is that a quick and compact uppercut swing is what separates him from the pack. He’s been able to pull the ball, and lift it, consistently better than any of the other players on my team.

With 148 at-bats De Aza has hit .345 with 15 HR, 27 RBI, and .750 SLG. Again, though, it’s not just those numbers but when he has come through that keeps him on a roster that could instead have a higher rated player in his place. He’s done all of this despite ratings that are only 68 Contact and 48 Power against righties.

After inquiring on Twitter with the community as to who the players are that have overachieved for them, the most popular responses were Corey Dickerson, Kyle Schwarber, Colby Rasmus, Chris Carter, Randal Grichuk, and Kike Hernandez. These are players who are rated 75-80 and can be purchased through the Marketplace for anywhere from 100-800 Stubs. 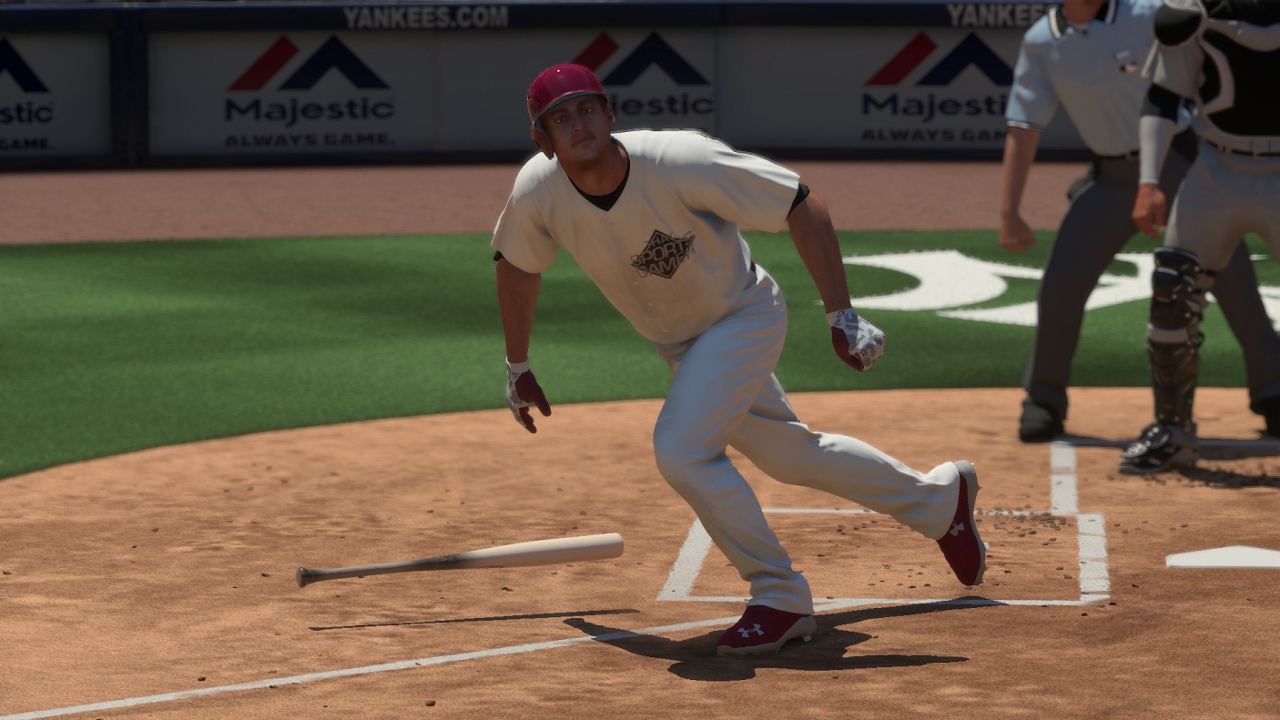 ThatSportsGamer: My sleeper pick is, Dodgers’ shortstop, Corey Seager. While his 84 overall rating may seem to be too high to consider him a sleeper, his production has been a huge surprise to me. He’s currently leading my Diamond Dynasty squad in multiple offensive categories with 51 hits, 4 triples, 11 homers, and 27 runs scored. While most players are going to be saving up coins to get Tulowitzki, Correa, and Lindor, I’m sticking with Corey Seager.

@pastapadre @MLBtheShow_Tips you won’t believe this, but RP Rex Brothers for Cubs consistently gets big name players out in tough situations

@pastapadre Mike Dunn lefty reliever MIA is lights out. Hitter: Rasmus has been incredible with Inside Edge boosts

@pastapadre Randall Grichuk, Cardinals’ CF. Has double digit home runs for me, consistently gets IE upgrades into the 80s for CON and PWR.

@pastapadre Lopez, RP for Giants. He is a budget bomber

@pastapadre Eduardo Nunez hitting around .600 for me and stealing a bunch of bases.

@pastapadre Stephen Wright. He’s like a 72 but throws a knuckleball and has a decent fastball. Basically unhitable online.

@pastapadre I feel like Trayce Thompson has hit timely HR’s and RBI singles for me a few times, isn’t that highly rated that I remember

@pastapadre Hope Hazelbaker is in there along with Diaz on the Cardinals!

@pastapadre @MLBtheShow_Tips tyson ross, 8-0 with under a 1.00 era, a perfect game in conquest, and 99 break

@pastapadre @MLBtheShow_Tips Stephen Piscotty. I have 8 HRs 19RBIs with him

@pastapadre Ryan Rua has been great for me

@pastapadre @MLBtheShow_Tips my best has been Colby rasmus…he has crazy power even when he is not getting the inside edge help.

@pastapadre @MLBtheShow_Tips I absolutely rake with both the live and flashback versions of Rasmus. bombs for days