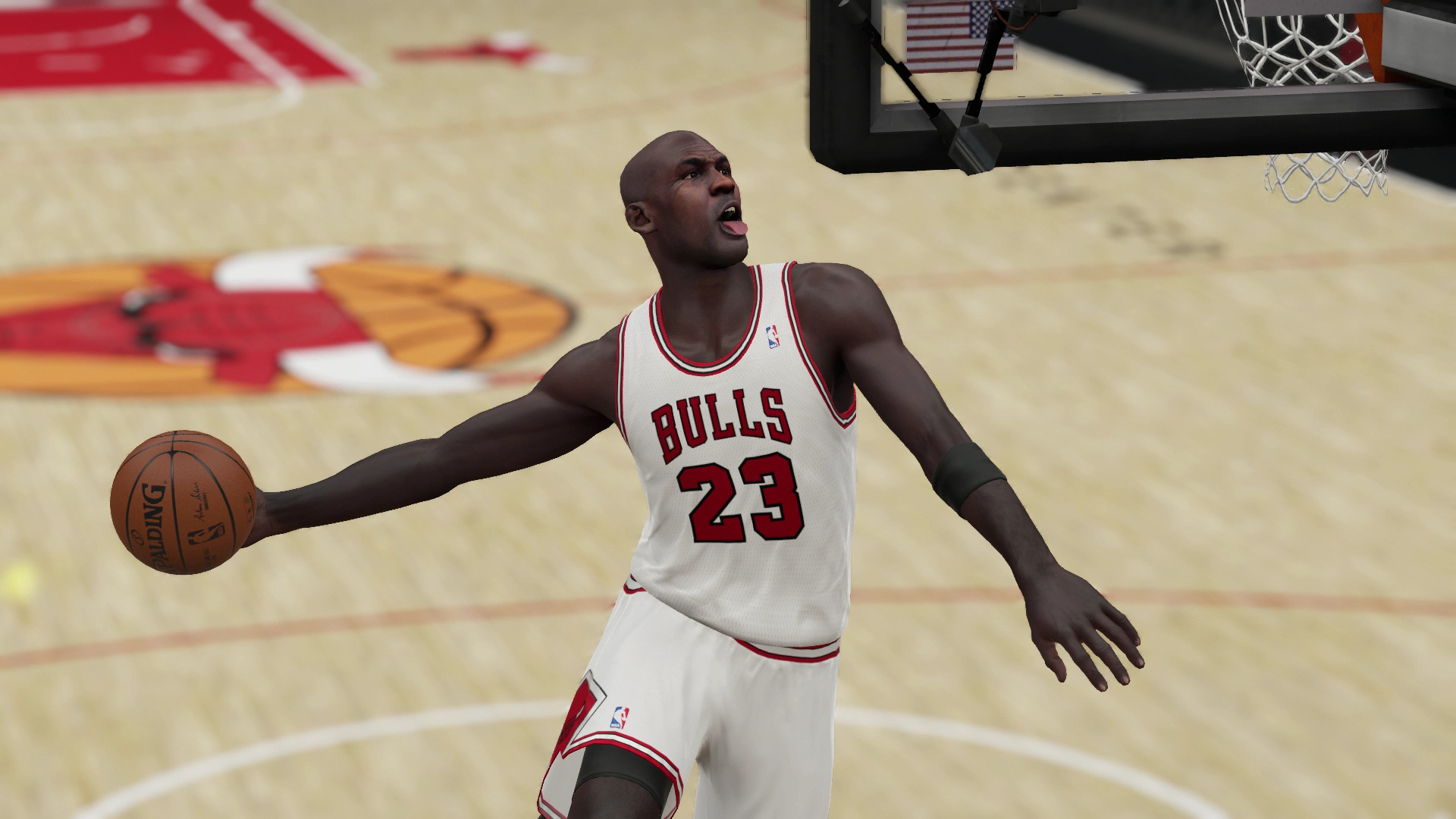 The recent announcement of a new, story-driven experience authored by Spike Lee in this fall’s NBA 2K16 struck a chord with me. Modern sports games have increasingly improved on-field/court/ice/name-your-surface gameplay. While there are always improvements that can be made – and, let’s face it, if your game isn’t great at its core competency these days, no amount of peripheral accoutrements will make it compelling – there is a lot that resembles real-world sports in FIFA, NBA 2K, Madden, The Show, and so on.

Case in point: NBA Finals. Game 6. Utah. The Chicago Bulls are down 3 points with less than a minute to go when Michael Jordan lays in a basket to close the gap to one. On the next possession, one of the Utah Jazz’ future Hall Of Famers Karl Malone has the ball in the low post. As he is getting ready to finish a turnaround layup, who else but His Airness strips the ball! Now it’s Jordan’s ball with 16 seconds remaining. As MJ assesses the situation, he notices that Byron Russell is the defender guarding him. Jordan knows what he has to do; he drives right to the top of the key, fakes as if he’s going further right and using his left hand, then “assists“ Russell in allowing his momentum to take him further out of the play. Jordan moves to his left and takes an uncontested jumper for the lead with just over 5 seconds remaining in the game – and ultimately, the series. It was the last shot that Jordan would ever take in a Bulls uniform.

This was one of the most iconic moments in the history of the NBA Finals, but there’s something that you may not have known: Jordan and Russell had a history.

While enjoying his first retirement in 1994, Michael Jordan was playing a pickup game in a local Chicago gym when Bryon Russell showed up.

Everyone knows that Jordan’s competitive fire was what separated him from so many other would-be NBA superstars; he would beat his grandmother in Go Fish just because she had the gall to play him. So when Russell dared to say he was capable of guarding him, Jordan filed that away for a future date – and steamed over it for years. There’s a saying about your mouth writing checks that fits well here.

Sports allows drama to be palpable. Hitting the game-winning shot for a championship. The delivery of a 3-2 pitch in a close ballgame. A touchdown drive in the final two minutes. In most of these situations, the current generation of sports video games gives you some semblance of what the tension of those situations truly are. Where they can still go, however, is to present that next level of interaction; an equivalent of the Jordan-Russell confrontation in that Chicago gym over 20 years ago.

But what if they did?

One of my favorite innovations in sports video games is the Career mode, allowing you to live out your innermost sports fantasy. Few things are as much fun as playing for your favorite team and bringing glory to the franchise by hoisting the league’s trophy. Take-Two’s brilliant NBA2K15 MyCareer mode is the most fully-realized of these. You start as an undrafted rookie signing a 10-day contract with a team in the hopes of making your professional dreams come true. Throughout the course of your career, you make allies, gain endorsements and hob-knob with celebrities.  On the surface, most of these interactions provide a nice distraction from just playing the game and improving your player; however, they don’t raise the immersion level beyond the cutscene or commercial. Most of these interactions are completely isolated from one another, and don’t carry any gravitas on your overall career. It’s as if you’re living separately from what you’re playing.

What if the endorsements you receive were directly related to the type of player you are? What if a key player decides not to sign with your team during free agency because they don’t like you? What if you could actually DO something with all of the money you earn – buy a house, start businesses, or plan for your retirement? What if you set a career goal to to go into broadcasting when your playing days are over? Your interactions with the media could potentially go a long way towards you sitting next to Chuck, EJ and Kenny Smith. What if you fancy yourself a future GM or head coach? Spending some free time shadowing your team’s executives may help in you in that endeavor.  What if you’d like to own a team? Wise investments and building your brand to amass wealth could put you in a position to follow in the footsteps of Michael Jordan.

These scratch the surface of the variables surrounding professional basketball players. Perhaps we’ll get some of this in Spike Lee’s MyCareer vision for NBA2K16; there seems to indeed be an added focus on your life off the court. Whether these will be static moments, where you trigger the linear story beats when you hit certain milestones, or dynamic, where you could miss certain elements entirely based on the choices you make, is yet to be known. Several years ago, EA’s Fight Night Champion sported a gritty, movie-inspired story that is the only other attempt in a generation at separating just playing the game from experiencing a slice of life of a world-class athlete.

One day you’ll be playing your favorite career mode in your favorite sports title and it will feel like you’re actually inhabiting your player’s life.

Who will be your Bryon Russell?