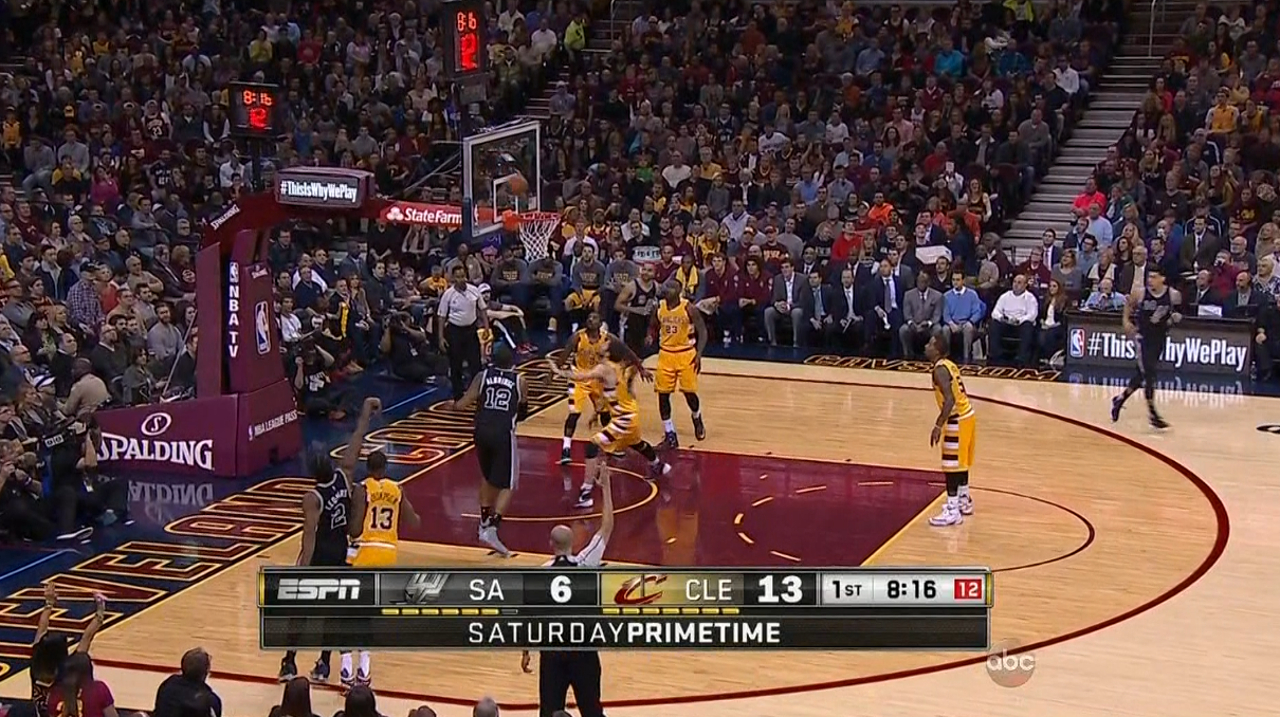 Will the light up three-point line make it to the NBA video games?

Visual cues and overlays have always been a staple of sports video games. Given that the action is being controlled, rather than just spectated, the video games necessitate a greater amount of information to be communicated.

In something that seems like it would have been pulled right out of a video game but instead made its debut in a real game, ABC/ESPN are testing out new technology for broadcasts of NBA games that light up the three-point line any time a shot is taken from outside the arc. It’ll be featured in all of the remaining Saturday night games on ABC this season and is similar in nature to the yellow first down line for NFL games or the K-Zone in ESPN baseball broadcasts.

Reaction to the feature has been mixed. Personally I liked it, as it was subtle enough not to be distracting or annoying while still providing the viewer immediate information. It’s like a visual representation of the referee raising an arm to signify a three-point attempt which may not be noticed by a spectator in those moments. There’s a sense of heightened anticipation that comes along with it, that leads to either satisfaction or disappointment depending on the result of the shot. Others however feel like it was a needless addition. Chances are it’s here to stay regardless.

It would seem that a light up three-point line would be great fit within basketball video games. There are situations when it’s harder to determine whether a shot was attempted from outside the arc, particularly with the difficulty of having a player avoid stepping on the line accidentally, or when utilizing a camera view that may not present the best angle to tell if it’s a two or three. This is true of real NBA games as well where players may be blocking the view of where the shooter rose from or corner shots where the line is obscured.

If the technology is proprietary to ESPN, then it would likely be a feature of NBA Live 17, given that EA Sports has the exclusive partnership with the network. NBA 2K17 could work something similar in however it wouldn’t seem as authentic to do so within that product particularly if the technology continues to be limited to ESPN broadcasts.