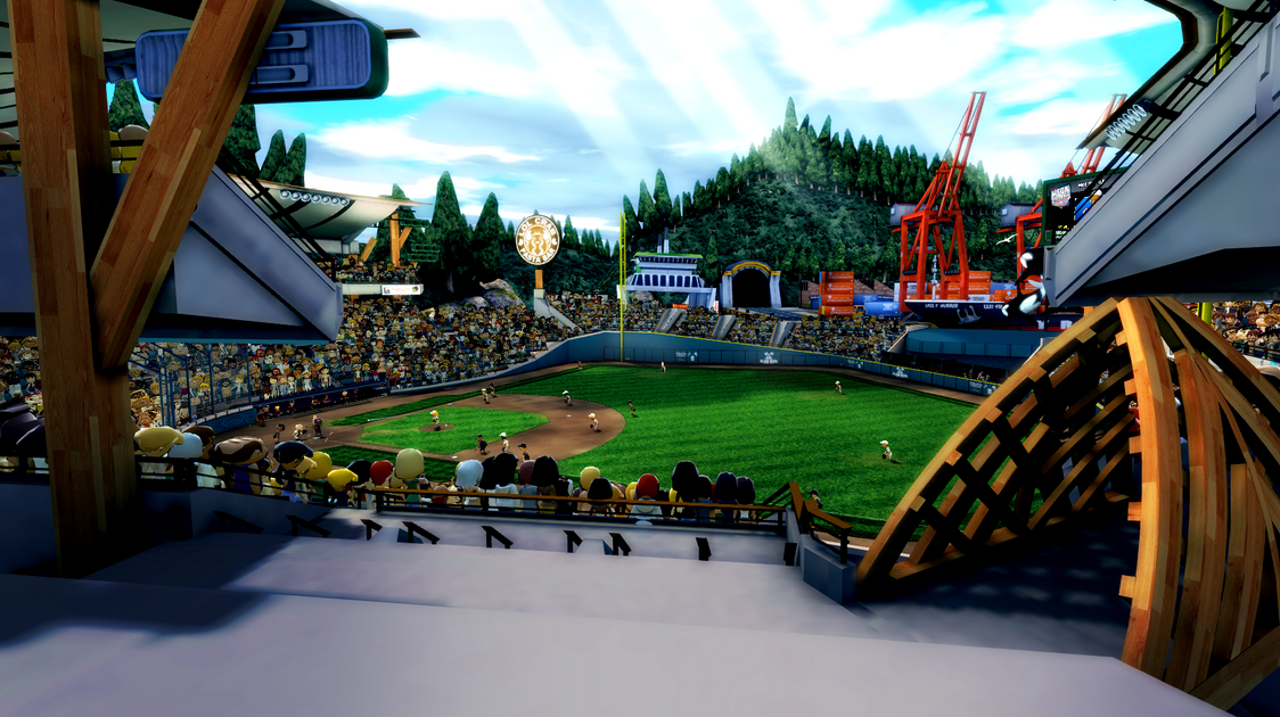 Be sure to check out Part 1 of this series right here in case you missed it!

Starting a brand new video game company is a bold decision, whether you’re an industry veteran or fresh off of your first job. In 2008, Scott Drader and Christian Zuger started down that exact path, buoyed by an idea and – perhaps – a bit of naivete.

“In 2008 we started saving up money, and by April of 2009 we were able to get started,” Scott told me. “We said ‘OK, what the hell are we gonna do?’ Even though we don’t know anyone in the video game industry, we’re going to make a video game.”

“What I did know was that the type of stuff I liked to play as a kid wasn’t around anymore.”

Arcade-style sports games, once commonplace, had become extremely rare by the mid-2000’s. In their place came a steady flow of complex “simulation” titles that demanded more from their players than ever before. Sports games separated themselves from other genres, delighting millions with their realism but alienating millions more due to their density and difficulty to grasp.

“I stopped playing sports games around the time of university. It got to be too much to get people around a TV and get them into it really quickly,” Drader recalled. “I wasn’t necessarily playing video games in my early 20’s, so I was looking for that easy-to-get-into sports game again. There wasn’t a lot of that. I thought there was a space for something like that to happen again.”

So the die was cast – the newly-christened Metalhead Software would go back to Scott’s first love of baseball and attempt to bring a more casual, easy-to-play experience back to the scene. 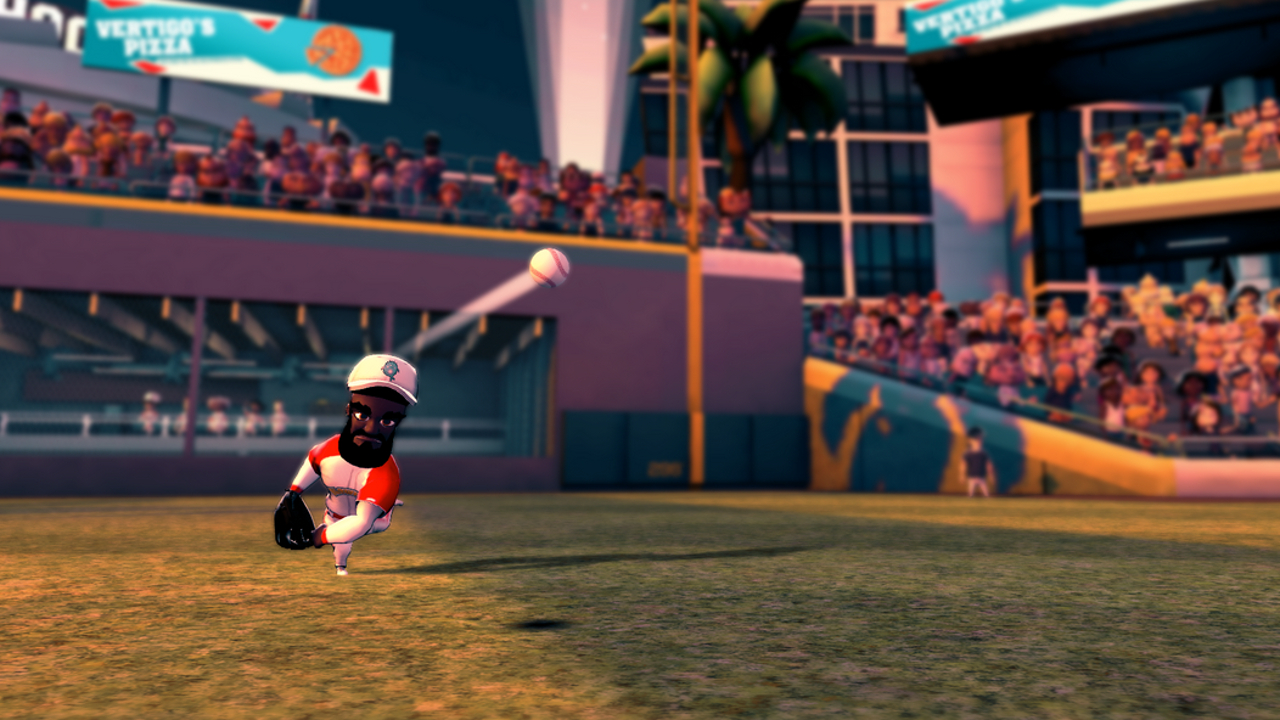 “I remember drawing some concept art on my kitchen table late at night on a Saturday at one time,” he recalled. “’Here’s what we want to make the characters look like.’ Then we researched existing games – what makes up good arcade mechanics, for example. We looked out there and said ‘How can we do better than this?’ and ‘What do people like?’ There was sitting on the beach with friends brainstorming what we would do. We knew it would be unlicensed, for example. That wasn’t something that was going to happen for version one, we just wanted to make an unlicensed game and have a lot of fun with the creative side of it.”

“We were already thinking about where are these stadiums going to be, what kind of themes are they going to have, what are all the players names going to be, that kind of stuff, “said Scott. “I remember we had a lot of fun coming up with the names on the beach way back. We also went over a lot of crazy ideas about what the theme was going to be. Early, the theme was actually going to be post-apocalyptic; these baseball stadiums that were built up out of the ruins of a post-apocalyptic society. That seemed original at the time – but given how many games there are now set in that kind of a time frame I am pretty glad we didn’t go down that route. That ridiculous concept actually existed for like a good six months of early development.”

With the commitment and the planning came some other tough decisions.

“It was two of us working – we knew we needed to stay tight with money when we were starting this thing – so my co-founder and his girlfriend actually moved into my house,” Scott remembered. “They ended up staying here for the first three years. While they were here we were also doing other software development work on the side to make sure we could pay our bills, but that’s where we were laying the foundation for what would eventually become the game.”

Space was, to be sure, tight.

“We had a little cubbyhole, a little 8×10 foot corner of this one room in this place we were sharing,” Scott laughed. “We laid down the technical foundation there. It was just the two of us and we got that to a point where there was a really kind of crude – and I mean, the crudest thing you’ve ever seen of a baseball simulation going, just a technical base for that – and I don’t even want to talk about how many times we had to rewrite all the different pieces of the game – but we started laying down the technical foundation, just the two of us.” 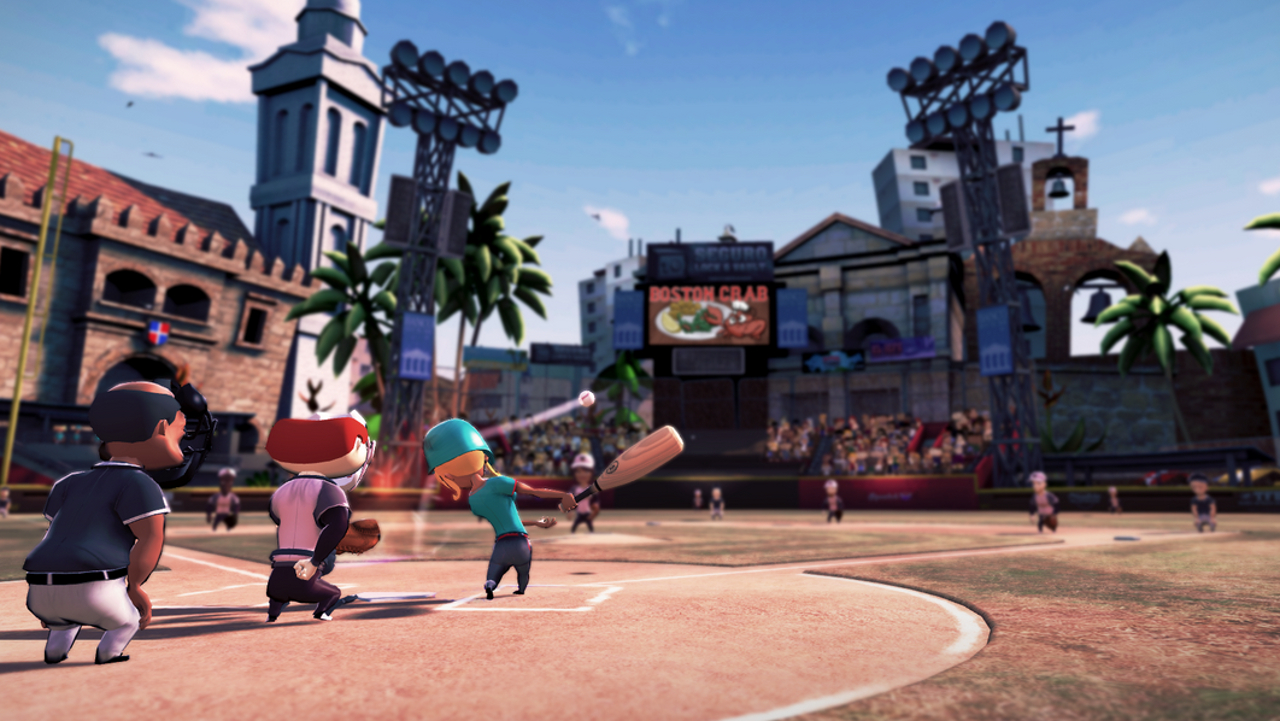 That was the first time that things started to get difficult.

“From a technical perspective, my idea of what had to be done to make a good video game was very unrealistic,” says Scott in retrospective. “We had built quite a bit of software before – and it was good stuff – but there are quite a bit of challenges in games that really raised the bar. There were massive performance challenges. It’s all real-time stuff, so everything’s got to respond. There’s a massive list of problems and challenges in video games that don’t exist it other kinds of challenging software fields.”

“I guess we understood the end product, but not all the different steps that went into it,” he continued. “The actual steps that go into taking a game to market changed a ton from when we first started the game to when it came to market. We just figured ‘Whatever we’re going to do we’re going to do.’ We didn’t understand the process at all. We hadn’t run a company either – there was an unspeakable number of things to learn along the way.”

How long did the two think it would take?

“I think we thought we were going to get it done in about two years.”

That proved to be quite the miscalculation.