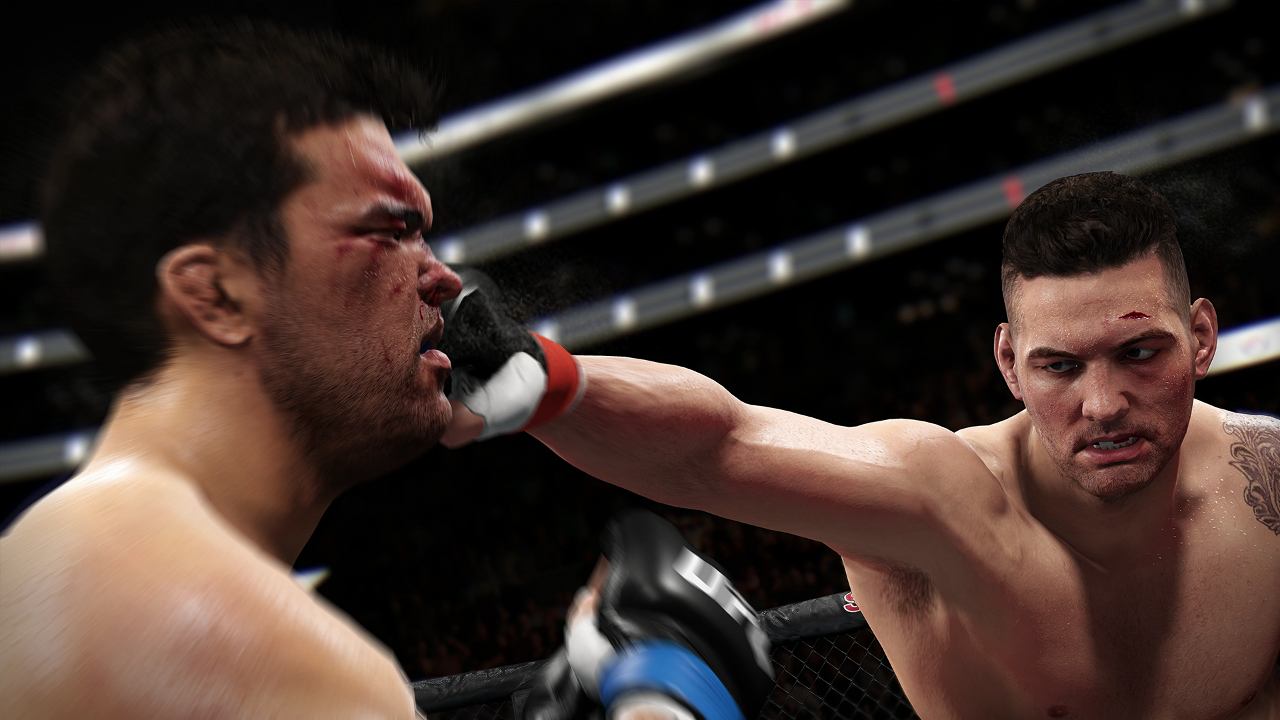 EA Sports UFC 2 features two new features that are sure to ramp up the excitement of the game with the “Knockout Physics System” and KO Mode. Unfortunately the latter is not available online, but it still has the potential of being a draw to consumers who have limited interest in MMA.

Knockout Physics System: With the new physics-driven hit reaction system, every knockout will feel different from the last. Fighters will fall in response to their momentum and the blow they receive, making each knockout feel responsive and rewarding.

KO Mode: Throw away the grappling and unleash all the punches, kicks, knees and elbows in this fast-paced mode. The rules are simple…the fight doesn’t stop until someone gets starched!

With the game now available through its EA Access trial I spent some time playing around with KO Mode – which is a total blast to do by the way – and put together this montage of some of the most vicious knockouts seen so far.